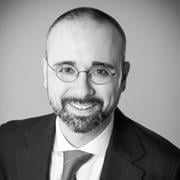 Arup will develop a comprehensive development strategy and blueprint that will include extensive local community outreach and participation. The plan will accommodate future growth and demand, improve the travel experience, and identify opportunities for enhancing the sustainability and resiliency of the facility.

Today’s announcement reflects our ongoing and determined progress toward the transformation of Newark Liberty International Airport. Well on its way to transitioning from vision to reality, this overhaul will produce the world-class facilities befitting of one of the most pivotal transportation hubs in the world. By selecting internationally renowned firms Arup and SOM to oversee the Newark Vision Plan, the Port Authority has demonstrated its intent to help Newark Liberty reach its maximum potential for the benefit of all New Jersey residents and visitors. ” Phil Murphy New Jersey Governor

“The Newark Vision Plan will amount to a complete reimagining of what Newark Liberty can be for Newark & Elizabeth, the State of New Jersey and the region as a whole,” said Port Authority Chairman Kevin O’Toole. “Newark Liberty is a place steeped in history and the Newark Vison Plan will serve as the pivotal next chapter in its future. Alongside our elected officials, community leaders and airport stakeholders, we will write it together.”

“The Port Authority is driving a $30-billion investment in transforming the region’s airports into a network of modern, world-class gateways,” said Port Authority Executive Director Rick Cotton. “The vision plan for Newark will guide its transformation into a 21st century best-in-class global hub, and the selection of these two world-renowned firms will help us advance that vision.”

Arup and SOM will be analyzing the airport’s existing capacity and providing a comprehensive framework to accommodate expected passenger and cargo growth through the year 2065. As part of this project, they will oversee architectural, planning, engineering, and business development services for EWR, while factoring in the short- and long-term impacts of COVID-19 on the airport’s travel volumes and customer demands as part of the planning process.

We are excited for the opportunity to collaborate with the Port Authority to position Newark Liberty International Airport as a global gateway for New Jersey and the tri-states area. The Arup team, including SOM and over 20 other firms, including many from the Newark and Elizabeth area, are committed to supporting the Port Authority in creating a model for a sustainable and community focused hub that can help reduce our impact on the climate, and at the same time foster economic growth for a more resilient future. ” 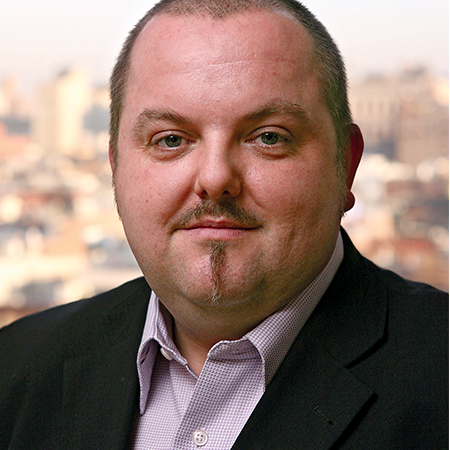 “Newark Liberty International Airport is a foundational piece of our transportation network, connecting New Jersey, New York, and beyond, to the world,” said Laura Ettelman, managing partner at SOM. “SOM is honored to partner with Arup and the Port Authority to reimagine, revitalize, and future-proof the EWR campus. Working together, we will create a more sustainable, efficient campus with increased capacity and smoother operations for airlines, and above all, elevate the passenger experience.”

Arup and SOM also will be looking beyond the airport proper, seeking ways to increase the economic value of the airport to the region by maximizing job creation and economic opportunities in Newark, Elizabeth, and throughout the Port District. Partnering with local community residents, local businesses, community-based organizations and elected officials will be key to ensuring the successful outline of a plan.

In addition, they will be developing strategies for more operationally efficient parking facilities, road access and the potential creation of new Ground Transportation Center (GTC) facilities to meet current and future needs. Experts hired to conduct the study will also be asked to identify new cutting-edge technology resources to improve the customer experience and wayfinding capabilities.

Newark Liberty is in the midst of an airport-wide transformation, with three major projects underway totaling about $5.3 billion in public and private investment. First, a new Terminal A is scheduled to open later this year. Measuring more than one million square feet, the $2.7 billion facility – the largest design-build project in New Jersey history – is in the final stages of construction.

It is replacing the outdated current Terminal A and incorporating a new roadway access network and additional terminal-front parking once completed. The new Terminal A represents the largest single investment in New Jersey by the Port Authority in the agency’s 101-year history.

As part of the EWR Redevelopment Program, a Consolidated Rent-A-Car (ConRac) facility combined with Port Authority-funded public parking also is in the final stages of construction with a partial opening scheduled for later this year and a full opening in 2023.

Pre-pandemic, Newark Liberty ranked as the nation’s 12th busiest airport in total passengers, with 33 airlines serving more than 47.5 million customers in 2019 while offering non-stop service to more than 160 destinations globally. Newark Liberty also serves as a powerful economic engine for the region, with about 23,000 people employed in airport-related jobs.