Arup celebrates the release of the Columbus Climate Action Plan (CAP), a comprehensive roadmap for the City of Columbus, Ohio that will reduce greenhouse gas (GHG) emissions 45% by 2030 and eliminate GHG entirely by 2050. The plan promotes equity and environmental justice while pursuing a carbon-neutral city.

The wide-ranging plan puts forward actions necessary to reduce GHG emissions and outlines preventative measures for the impacts of climate change, including increasingly hotter days and stronger, more frequent rainstorms, which Columbus residents are feeling daily with marginalized communities most at risk. The plan also anticipates the management of increased emissions from future city and regional growth.

“To design such an extensive and ambitious plan, we drew upon our work as a partner of the global C40 Cities Climate Leadership Group, which includes co-creating working resources for cities undertaking climate action planning and community engagement,” said Linda Toth, Associate and Sustainability Leader at Arup. “We leveraged Arup’s breadth of climate impact experts, including vehicle and transportation planners, buildings and energy efficiency consultants, resiliency and adaptation specialists, as well as technical experts to address the range of topics and issues the Climate Action Plan strategies cover.”

The CAP lays out 13 strategies with a total of 32 quantifiable actions for city government, private businesses, organizations and residents to significantly reduce the Columbus’s GHG footprint. The plan encompasses mitigation of and adaption to climate change along with near-term actions and more broadly defined long-term strategies to achieve carbon neutrality. Arup led the development of the plan with MKSK of Columbus including the creation of a working group involving leadership from Sustainable Columbus, which links city operations with external stakeholders, and the city’s Columbus Climate Commitments Working Groups, which span numerous city departments. Extensive stakeholder engagement groups and input from residents, environmental advocates and the business community were integral to the CAP development process. 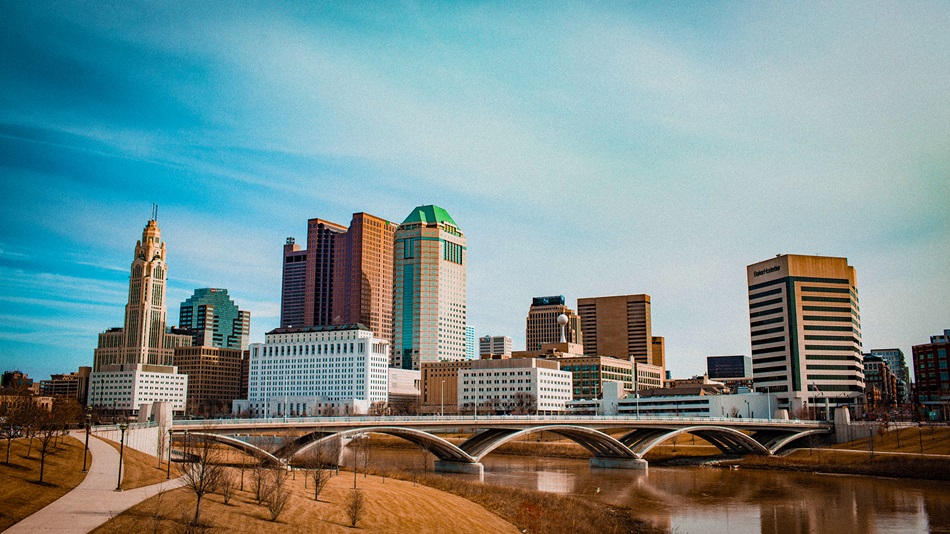 Each of the CAP strategies—which range from adopting net zero and resilient building standards, and reducing urban heat with tree canopy cover, to empowering a community of climate leaders—has a set of actions that are graded by GHG impact, cost and expected benefits. Expected benefits target positive gains for the communities, such as improvements to public health and air quality, social equity, environmental quality, economic prosperity, and local workforce opportunities.

This ranking system, or Action Matrix, indicates the magnitude and kind of impact of each of the 32 actions, enabling an analysis of the true value of the actions and their prioritization, while also identifying the groups responsible for the actions. The approach is designed to help the city balance the emissions reduction potential of each of the strategies with the priorities of the community to ensure the plan meets the city’s wide-ranging expectations and desired outcomes.

As a living guide and resource, CAP will continue to expand leadership regionally; grow public, private, and non-profit sector collaboration; and utilize local academic and organizational institutional knowledge. The city will review and update the plan on a five-year schedule starting in 2025. The city has allocated $10 million toward the plan in the proposed 2022 Operating Budget, which includes funding to create additional clean energy jobs, expand energy efficiency initiatives, establish a regional Green Fund to support solar projects for nonprofit organizations and affordable housing units, and increase staffing for Sustainable Columbus, the city’s existing sustainability initiative.