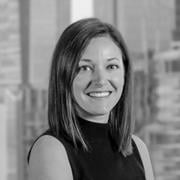 The model provides a first-of-its-kind analysis for owners of individual homes and properties to help showcase the risk that they face from destructive wildfires today and 30 years in the future as a result of climate change. While existing tools, such as the USDA Forest Service’s wildfire risk assessment, are designed to help fire officials assess how risk differs across a state, region, or county, they are not designed with homeowners in mind.

Building the model brought together top climate and data scientists, engineers, and modelers from leading organizations who combined decades of peer-reviewed research and expertise in next-generation modeling techniques to bring wildfire modeling up-to-date and to ensure that it accounted for current and future climate conditions.

Key findings from the report indicate that over a period of 30 years:

The report also found that states with the highest number of properties with at least a moderate level of wildfire risk in 2022 are:

As wildfires become more common and dangerous due to climate change, the cost associated with property and infrastructure damage has also risen, growing from $1bn per year between 1990–1999 to $13.6bn by 2020. The regions typically affected by wildfire are also expanding from heavily forested areas to more populous cities and suburbs and even unexpected locales such as Florida. Given the widespread danger, to better empower homeowners and the real estate industry at large, Arup and First Street Foundation will make wildfire risk information available to users through Risk Factor.com, where wildfire will join flood risk and other future threats giving users a comprehensive understanding of their homes’ risk from climate change today and 30 years into the future. Like Flood Factor, Fire Factor data will be integrated into Realtor.com®, providing site users comprehensive property-level wildfire risk assessment in the form of a risk score from 1 (Minimal) to 10 (Extreme). A property’s Fire Factor is dependent upon building and property specific characteristics that determine its vulnerability to wildfire and the likely extent of damage it would incur.

“The 5th National Risk Assessment: Fueling the Flames” is the second report in the partnership between First Street Foundation and Arup, building upon the methodology of the data-driven flood risk analysis for commercial properties provided in “The 4th National Risk Assessment: Climbing Commercial Closures.” Released in December 2021, the report found that American businesses could lose more than 3.1 million days of operation from flooding in the next year. This collaboration was established to understand the risk of climate change across the built environment, supporting organizations in mitigating risk and promoting the resilience of their properties.

Our latest report with First Street Foundation demonstrates that, not only is the threat of wildfires rapidly escalating due to climate change, but it is also impacting every region in the country. Our partnership with First Street Foundation allows us to provide comprehensive and hyper-local data to property owners across the United States, empowering individuals to assess vulnerabilities while also making our communities more resilient. ”

The lack of a property specific, climate adjusted assessment of wildfire for individual homes and properties has handicapped governments, realtors, investors, homeowners, and shoppers alike as they make critical decisions about whether and where to purchase a home under the growing threat of wildfires. As a changing climate drives more frequent and severe wildfire events, Fire Factor will prove critical in ensuring individuals have the insights they need to understand their personal risk and can avoid and protect against the devastating impacts of a wildfire. ” Matthew Eby Founder and Executive Director of First Street Foundation

When viewed together, these reports offer actionable insights into how we can better develop our cities, property, and infrastructure in preparation for climate change-related events, ensuring a sustainable future through the development of simple, accessible, and impactful tools.