The Gerald Desmond Bridge Replacement Project has entered its final phase of construction with the closure of its three mid-spans. The new six-lane, cable-stayed bridge will replace the existing Gerald Desmond Bridge, which has approached the end of its useful life after more than 50 years in operation. Connecting the Port of Long Beach to its downtown and surrounding communities in California, the two-mile-long replacement bridge is critical infrastructure and a major economic generator for the region, serving as a corridor transporting 15 percent of all containers that go in and out of US ports.

Working closely with SFI joint venture and the Port of Long Beach, Arup has served as the Engineer of Record for the design of the bridge replacement and provided structural engineering, geotechnical engineering, bridge engineering, traffic operations analysis, and lighting design services. Most notably, Arup implemented the unique seismic design of the main span and towers, a unique Double Texas U-Turn design, and innovative techniques that will reduce the need for maintenance over time.

This milestone marks a key moment for a significant infrastructure project not only for Southern California, but for the United States. After working on the Gerald Desmond Bridge Replacement Project for more than seven years, we are proud to see the first long-span cable-stayed bridge in California come to life and look forward to celebrating its completion later this year. ” 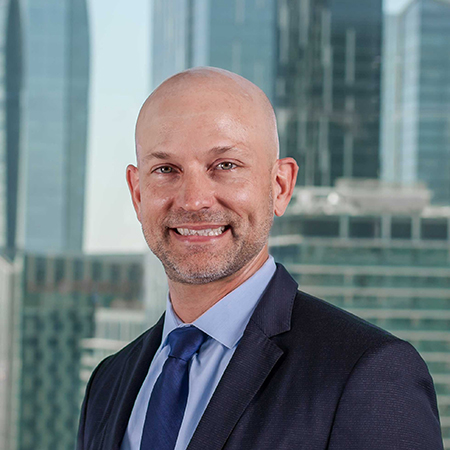 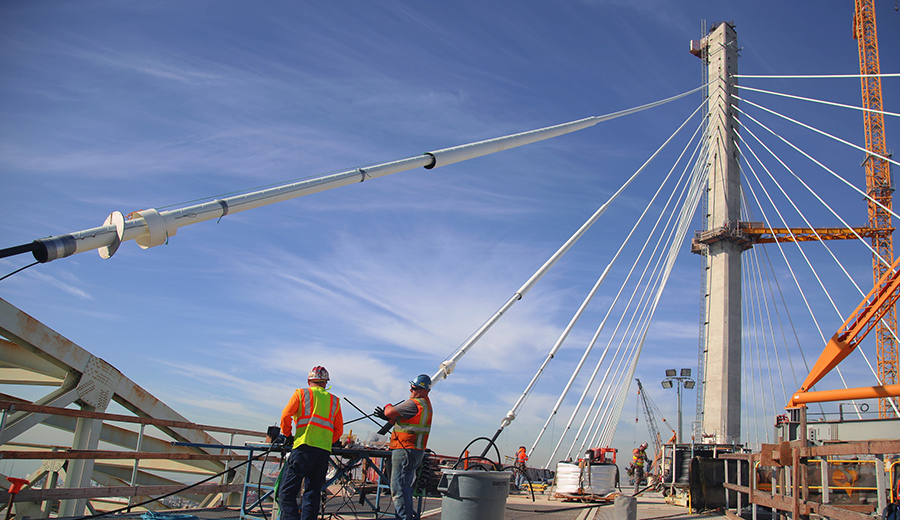 The new six-lane, cable-stayed Gerald Desmond Bridge replacement is a critical piece of infrastructure for the region. Arup's innovative seismic and Double Texas U-Turn design ensure the bridge will require less maintenance over time than its predecessor. Image courtesy of Marie Tagudena

One of the most significant design components of the bridge is the seismic isolation scheme conceived by Arup, in which the deck is constructed to be seismically isolated from the towers through viscous hydraulic dampers. The design ensures that the bridge is safe during a major earthquake, as it enables the tower and end bands to remain elastic and stand up by themselves while large-scale shock absorbers along the bridge dissipate energy. As the devices are designed only to activate during a significant seismic event, the seismic isolation scheme also prolongs the lifespan of the absorbers.

The Gerald Desmond Bridge Replacement Project also features a Double Texas U-Turn design, which Arup suggested in lieu of a ramp and flyover that were initially part of the reference design. The unique design allows for increased traffic circulation, as it permits vehicles to turn while staying at the same speed of other traffic, instead of stopping or slowing down. By incorporating the Double Texas U-Turn design, the need for another bridge structure was unnecessary, and project costs and the environmental impact were significantly reduced.

The completed cable-stayed bridge will include six traffic lanes and four emergency shoulders, a higher clearance to accommodate large cargo ships, and a bike and pedestrian path with scenic overlooks. It is slated for completion later this year.