As climate change exacerbates the risk of extreme weather and natural disasters, building resilient critical infrastructure is essential to protect the most vulnerable members of our communities.

Arup celebrates the release of the Lower Mystic Regional Climate Assessment, a report resulting from a two-year research project aimed at identifying and managing the risks to Greater Boston’s critical infrastructure following a major coastal storm with a prioritized focus on how critical infrastructure failures will impact the region’s most vulnerable residents and workers.

Arup’s deep knowledge of critical infrastructure, energy systems, and resilient design, as well as the firm’s digital expertise, allowed the team to lead the technical analysis of critical infrastructure vulnerabilities and impacts to the Lower Mystic region following a projected future 100-year storm event — a winter Nor’easter with a 1% chance of occurrence in 2050.

The Resilient Mystic Collaborative (RMC) has released the results of the groundbreaking research project, which involved six cities and 13 infrastructure managers as well as over 400 residents and workers most at risk of harm from infrastructure failure, identifying how a hypothetical coastal storm, termed “Big Papi,” would impact Lower Mystic Watershed communities.

"With climate change causing more frequent extreme weather, we have to plan for how to best protect our communities, especially our residents who are most vulnerable to the effects of extreme weather," said Somerville Mayor Katjana Ballantyne. "Information from this climate assessment has already helped us update our own Hazard Mitigation Plan and will be valuable in our continued work to center equity in our climate change mitigation planning."

By completing the dual climate assessment, one focused on infrastructure and the other on social vulnerability, municipalities gained valuable insight from key infrastructure managers and Greater Boston’s vulnerable residents and workers — including: 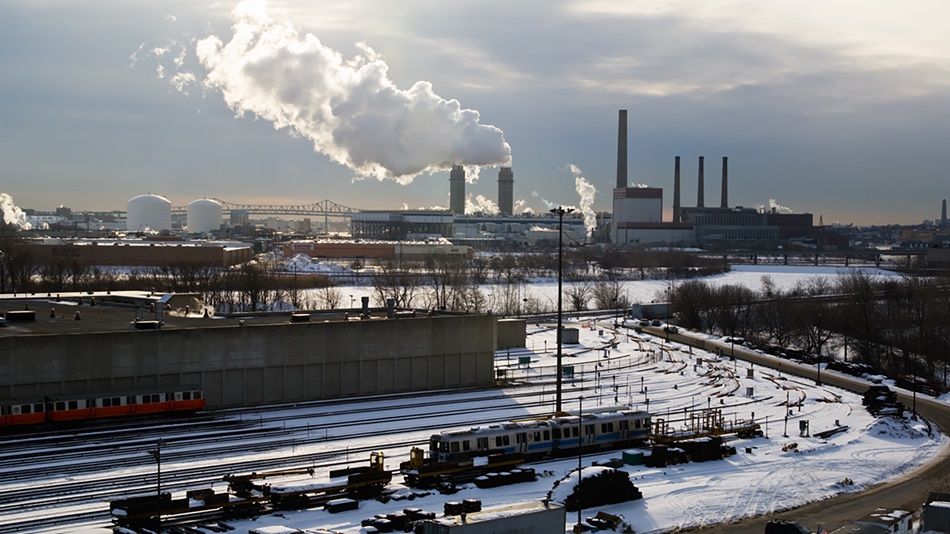 When Superstorm Sandy hit New York and New Jersey, it caused lasting physical damage to the region’s infrastructure, and economic and personal damage to possibly millions of residents and workers.  The Boston metropolitan region was lucky to escape such detrimental impacts from Sandy, though the storm still left thousands without power. The Lower Mystic is home to the most concentrated assembly of critical infrastructure north of New York. The Department of Homeland Security (DHS) recognizes 16 critical infrastructure as lifeline sectors “whose assets, systems, and networks, whether physical or virtual, are considered so vital to the United States that their incapacitation or destruction would have a debilitating effect on security, national economic security, national public health or safety, or any combination thereof.”

Of these 16 lifeline sectors, the Lower Mystic is host to at least five:

The Lower Mystic is also one of the Northeast’s densest residential areas, with tremendous socioeconomic diversity, wealth disparities, and environmental justice concerns. For example, Everett and Chelsea are two of only six areas in the state where 100% of residents live in an environmental justice block group, as defined by the state.

“The pandemic made clear to the public how low-income residents and workers of color are often the first and worst to be affected by major public health emergencies. Unfortunately they are also among the most at risk from extreme weather such as big coastal storms.  I’m glad to see this assessment focus on their needs first and foremost,” said Antonio Amaya, Executive Director of La Comunidad in Everett.

One of the RMC’s highest priority is to storm-harden critical regional infrastructure so that extreme weather events don’t lead to cascading health and economic losses for our residents and workers who can least afford them. By centering social vulnerability and listening to the lived experience of residents and workers expected to be most negatively affected by damage to critical regional infrastructure, this assessment shifts the central question from “How much real estate value is at risk?” to “Who among us stands to lose the most?”

“The Big Papi exercise was extremely helpful to our thinking about what we need to do to prepare for Boston’s own Superstorm Sandy or Hurricane Maria.  We have looked at our own vulnerabilities, but had to make assumptions about those of other systems,” said Stephen Estes-Smargiassi, Director of Planning and Sustainability at Massachusetts Water Resources Authority. “Going through a simulated big storm with the other infrastructure managers helped us all identify cascading effects and how the loss of electricity, fuel, transportation, or communications would affect our staff, our customers, and our ability to stay on line.”

Now, the RMC municipalities are developing projects to address key findings and recommendations, ensuring to focus on the primary needs of vulnerable people in the Lower Mystic.

“The Lower Mystic Regional Climate Assessment reveals opportunities for Massachusetts’ environmental justice communities most impacted by climate change to be engaged in informing actions to reduce the impact of climate emergencies," said Dr. Atyia Martin, CEO & Founder of All Aces, Inc. "All Aces was proud to partner with the RMC on this critical project. We urge policymakers and community leaders to carefully consider these results and take the necessary steps to ensure that efforts to strengthen resilience center those disproportionately bearing the burden of threats and hazards we face.”

More detail on key findings, recommendations and analysis, including an executive summary, is available here.