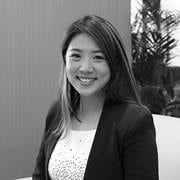 Shackleton expedition leader, Tim Jarvis of Arup, and mountaineer, Barry Gray of the Royal Marines, have completed the final part of the recreation of Shackleton’s famous Antarctic rescue.

The two arrived exhausted and severely weather beaten at the site of the former whaling station at Stromness, the same location where Shackleton and his men raised the alarm that the crew of the Endurance needed rescue almost 100 years ago.

The harrowing three-day climb across South Georgia’s mountainous interior followed in the wake of a gruelling 800 nautical mile ocean voyage from Elephant Island – the same journey Ernest Shackleton originally completed in 1916. The pair were still wearing the traditional gear they’d been sporting since the expedition started 19 days ago on 23 January on Elephant Island.

The heavily bearded duo braved blizzard-like conditions during the crossing – perhaps a fitting end to the recreation of one of the greatest survival journeys in history. They were accompanied by fellow crew member, navigator aboard the Alexandra Shackleton replica boat, Paul Larsen, who provided support for the mountain crossing.

It was epic, really epic, and we’ve arrived here against the odds. The ice climb at the Tridents is a serious thing and Shackleton didn’t exaggerate - with ice at 50 degrees, with one wrong foot, we could have careened down a crevasse. It was the same for the Crean and Fortuna glacier. We had more than 20 crevasse falls up to our knees and Baz fell into a crevasse up to his armpits, Paul and I had to haul him out.I want to pay tribute to the outstanding team of courageous men who did this journey with me – Barry Gray, Paul Larsen, Nick Bubb, Seb Coulthard and Ed Wardle. I could not have selected a finer or more capable team of people who pulled together under extreme conditions to help us achieve our goal. They are all first-rate individuals and adventurers, but together we became a tight-knit group who braved the odds and achieved what at times felt like the impossible. Tim Jarvis

Watch a video of the team as they complete their expedition.