Sharon Lee a winner at the 2019 Black British Business Awards

Rail expert and Associate Director Sharon Lee has been awarded a prestigious 2019 Black British Business Award as STEM Leader of the Year.

During her time at Arup and in the wider industry, Sharon has made an outstanding contribution to rail engineering and this award is so well-deserved. In addition to her excellent technical and client-focused expertise, she has displayed a clear commitment to championing our firm’s vital diversity and inclusion agenda. I look forward to continuing our work together ” Sharon is a Chartered Civil Engineer and joined Arup as a graduate. She began her career working on the UK’s first high speed railway High Speed One before moving to Network Rail in 2004 where she spent ten years including leading asset management for four of Network Rail’s operational routes.

Playing an active role developing Arup’s company policy to increase diversity in recruitment pipelines, Sharon has worked with the Arup UK leadership to establish a Directorate of Equality, Diversity and Inclusion.

I am truly honoured to be named STEM Leader of the year. The breadth and depth of excellence on show was hugely impressive. Being a role model has always been important to me, so seeing so many inspirational people in one place, and being recognised among them, was a humbling experience.

It was encouraging to see a large number of well-known organisations sponsoring the event and supporting the cause and the journey needed to improve levels of diversity across UK business. What a wonderful way to kick-start Black History Month! ” 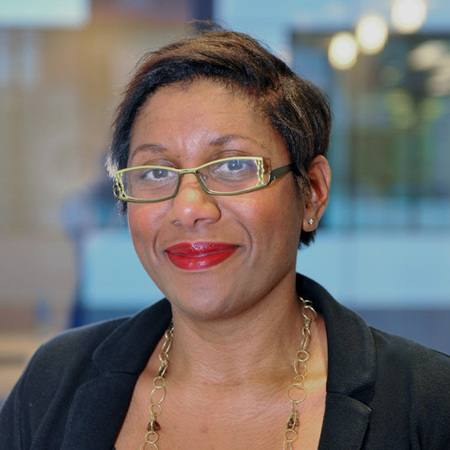