A collective vision for the northern powerhouse

A collective vision for the northern powerhouse

Talk to Corinne Swain OBE about this perspective 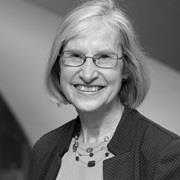 Talk to Corinne Swain OBE about this perspective

I believe the UK’s Northern Powerhouse is about more than economic growth and transport links. This is not to underestimate the additional output that might be created through a networked economy – offering larger markets, wider recruitment pools and better business linkages. But the concept of a collaborative system of cities, from Liverpool to Hull, and from Newcastle to Sheffield, will only become real when ordinary people can understand how it will touch their lives.

We might for example imagine a graduate who now sees a career ladder in the North not just for herself but also her partner. Or an elderly person who now has easier access to clinical centres of excellence across this wider network of cities. By building up a similar picture for other imaginary characters in their working and living environments, it is possible to identify the type of policy levers necessary to make a real change to their quality of life, whether this be greater flexibility to tailor the school curriculum, greater mobility within the public rented housing operating across wider areas, or an Oyster travel card for the North.

This type of thought experiment illustrates the benefits of thinking much longer term than policy makers and politicians are used to doing. It also reveals that there are many interrelated factors, and that the current preoccupation with improving transport connectivity is just one part of the equation, albeit a very important first step. There are a whole range of foresighting techniques that could have an important role in developing a collective vision for the North. Is this a role for the future Metro Mayors working in partnership?

Another way to make the concept real, is to demonstrate the successes that have been achieved in comparable areas through working together. For example, the vast Ruhr conurbation, previously better known as the industrial powerhouse of Germany, has been transformed through sustained physical and cultural regeneration, and now hosts a range of international arts festivals hosted in its different (linked) cities.

In a different context, Copenhagen and Malmo have achieved faster economic output than their respective nations (Denmark and Sweden) through sharing their physical assets, integrating their labour markets, and developing a life sciences cluster jointly. This has been achieved within 25 years of the original transport catalyst - the Oresund bridge/tunnel - that linked the two cities for the first time across the Baltic Sea. What parallels are there for joint working between say Manchester and Leeds?

To my mind, the next major challenge for the Northern Powerhouse is about changing mindsets. This will involve all sectors, including politicians, public officials, businesses and universities, in seeking to imagine what success might look like for ordinary people, as well as for the Exchequer. This new image of the North will then need to be communicated both internally and externally. This will be crucial to attracting and retaining talent, and to attracting new investment of all kinds.

Am I right to think that the Northern Powerhouse must be more than a technocratic exercise? If so, how can we as planners and built environment professionals assist?