Talk to Stefano Recalcati about this perspective 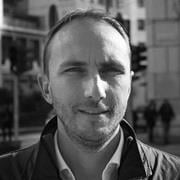 Talk to Stefano Recalcati about this perspective

The global population is ageing at an unprecedented rate: by 2050 the number of people aged over 65 is expected to triple to two billion, representing 22% of the total population. In 2050, for the first time in human history, there will be more older adults than children under 15 years old. China, India and the United States, will each have over 100 million people aged over 65.

Are cities ready for this societal change?

From my point of view, enabling people to maintain a high quality of life and live independently into old age requires integrated action plans across cities. These would pull together different policies for health, social welfare, mobility, built and digital environments, not only at a city scale but also at a neighbourhood level.

Unfortunately, as it stands, interventions that affect senior citizens’ quality of life are often fragmented and delivered by different city departments, without a common vision or a coherent relationship between them. For example, although the public welfare department in a city may offer its older citizens free or discounted travel rates, the transport department doesn’t necessarily improve its bus fleet with the low-floor technology needed for older adults to get onto buses easily.

This doesn’t have to be the case.

There are already many good examples of integrated action plans: Barcelona and New York are currently the most interesting, especially because they are already in place. But many other cities, including Brussels, Brisbane, Glasgow and Toronto are moving in the same direction.

In Barcelona, with the Municipal Plan for the elderly 2013-2016, the city has defined four major strategies that generate 218 actions to be carried out in crucial domains, such as participation, welfare, healthcare and the way the elderly conduct their daily lives in the city. This ensures that things are done consistently across different domains. For example, installing gymnastic circuits in public spaces and parks could simultaneously improve the health and wellbeing of senior citizens, intergenerational social inclusion and the quality of outdoor spaces by reducing travel and cash outlay.

Starting in 2007 with the Age friendly NYC public-private partnership, New York began developing a comprehensive action plan to address the challenges of growing older in the city. After an initial assessment of the city’s age-friendliness, 59 initiatives began. These cover four key areas (community and civic participation; housing; public spaces and transportation; and health and social services) and are designed to make the city more age-friendly.

Age friendly NYC issues a biennial monitoring report outlining the progress in each of the 59 initiatives. Since they got underway in 2009, 77 out of 100 key central subway stations have been made accessible by improving the lifts and escalators; new automatic public toilets were installed in key locations citywide; and 25 street intersections with above average rates of injuries to older adults injuries have been altered.

Following Barcelona and New York’s lead, I think more cities should promote and adopt these sorts of integrated action plans.