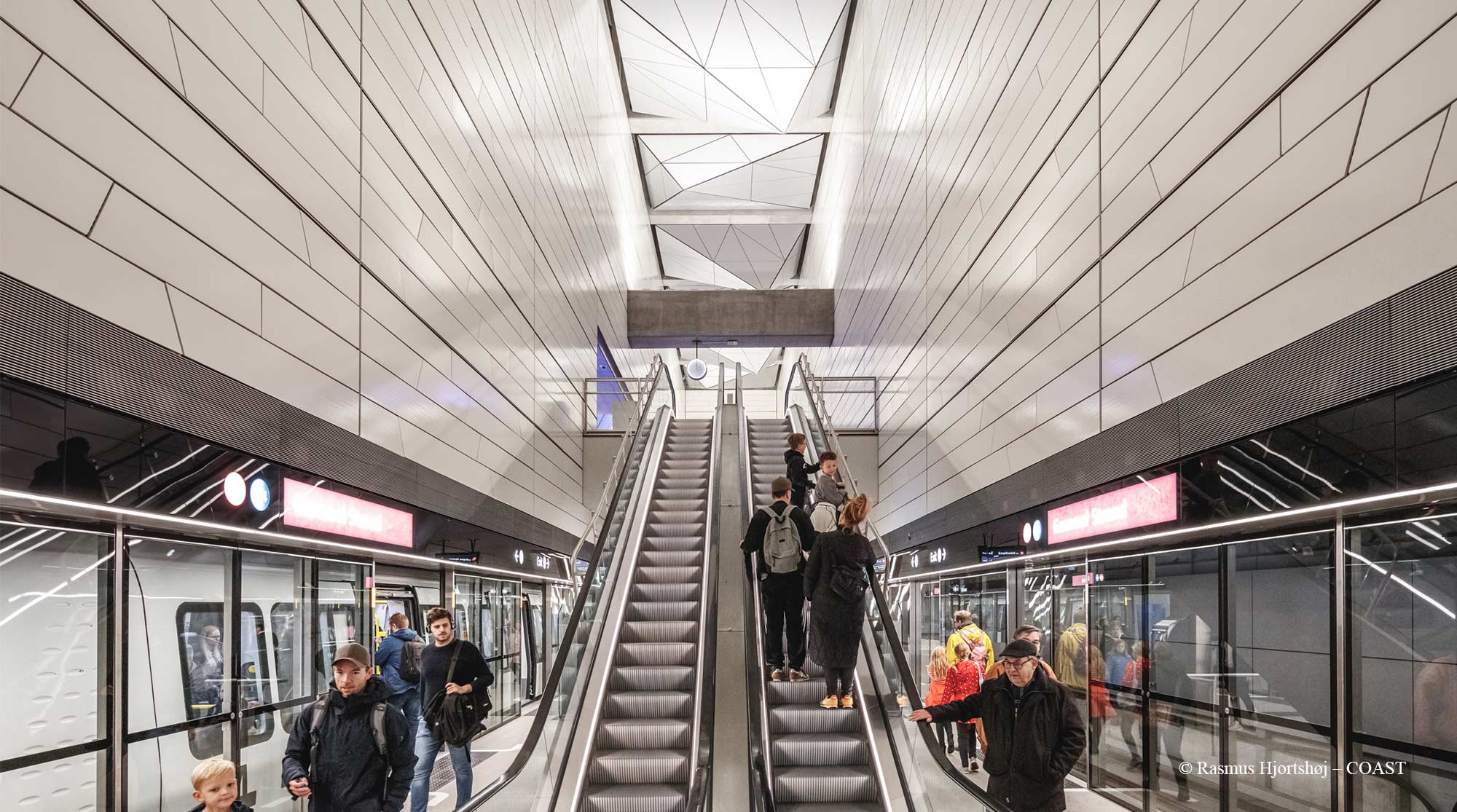 Talk to Nille Juul-Sørensen about this perspective 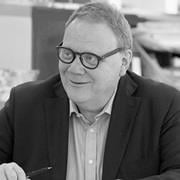 Talk to Nille Juul-Sørensen about this perspective

In designing a whole metro line, vital public infrastructure that must last for 100 years, you have to ask some fundamental questions. About the nature of travel. About what defines a good passenger or commuter experience. About how the metro system connects with and contributes to the neighbourhood around it. The answers to these questions helped our architects to define a vision for Cityringen.

There were four principles to our architectural approach:

Before we began we thought long and hard about the people who use the metro. That means recognising the full variety of human behaviour; plainly Friday night travellers treat a station rather differently to Monday morning commuters. So, we designed the stations to be easy to clean and reset, and always safe to use and navigate. I believe that they marry function and elegance in a way that Danish people will recognise and enjoy.

Design always reflects our hopes about the future. For Cityringen we wanted to move beyond the uniformity of the original metro stations. The design uses colours and materials to choreograph your movement from the city above all the way down to the train. That means that when we want to make you move faster, the ceiling height is lower. When you’re standing or descending, we use vertical space to make you feel part of the environment.

Watch: As architects we wanted Cityringens stations to be easy to navigate, thinking about it a little like choreography.
To view this video, you must enable cookies.

‘Inexpensive to maintain’ is a simple mantra but has taken a lot of detailed thinking to realise. Our kit-of-parts approach allowed modularity without cost to originality, and every aspect of the stations’ design can be swapped out without massive cost and disruption. Early on we hit on the idea that as many elements as possible should be 5.5m wide or tall, meaning if anything needs fixing, it’s just a piece you swap out. That includes wall cladding, platforms, screen-doors, everything.

Danes love functional yet thoughtful design, in everything from furniture to technology. For Cityringen we were determined that this ethos should be central, so elements like the skylights that provide natural light to the platform, also double up as smoke vents for emergencies, and provide interesting additions to the street above. Features like this were the result of a strong partnership between architecture and engineering – a perfect combination for a project where form must follow function.

“ Inexpensive to maintain’ is a simple mantra but has taken a lot of detailed thinking to realise. Our kit-of-parts approach allowed modularity without cost to originality. ” 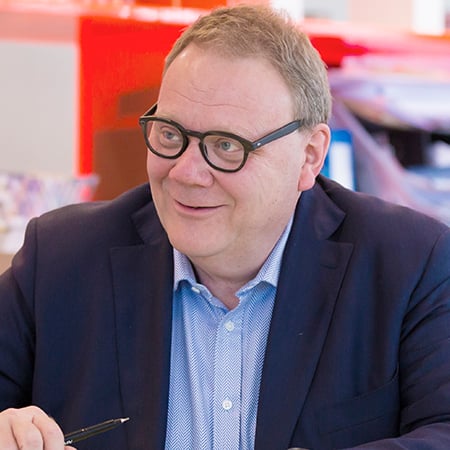 Preparing for the digital passenger

We began this project well before the smartphone existed. And in transport planning today the new philosophy is ‘intelligent mobility’, a response to a world where passengers rely on apps rather than station timetables, devices rather than paper tickets, and are likely to shift and mix modes rapidly as new options become available. But a station must always be a mix of changing technology married to enduring physical infrastructure. So, for our team this meant having the confidence to say we don’t claim to know how future Copenhagen travellers will use transport technology, while designing accessible, easy to navigate stations and plenty of space for future technology adaptations. 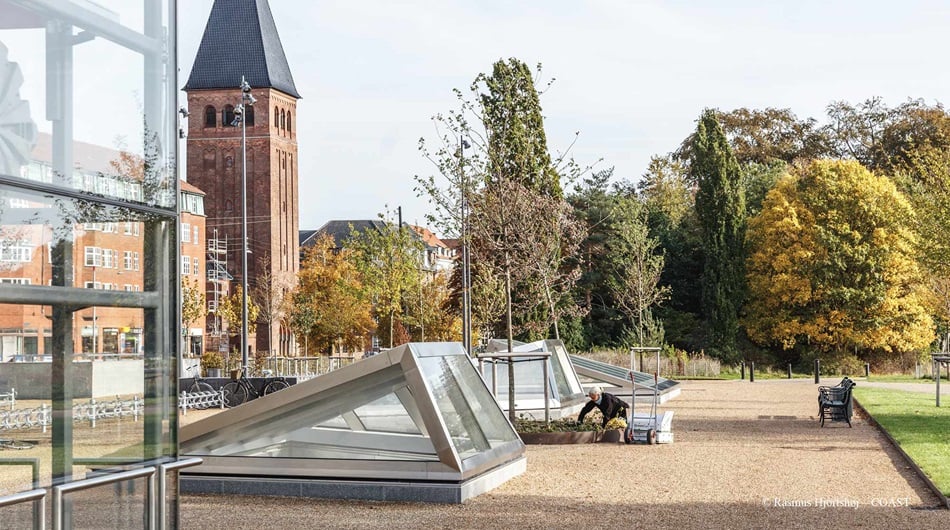 The key was designing accessible, easy to navigate stations which leave space for future technology adaptations.

Perhaps it’s not for architects to presume that design alone can create civic pride, but as we were designing Cityringen we knew that our real mission was to build on the strengths of the system the city already had, and make the new line a good neighbour to the areas it serves. We took a thoughtful approach to the plazas outside every entrance too. We deliberately used colours and materials inside the stations that respond to an element of an area’s character, mimicking the glazed tile roofs of local buildings, or the colours of the football team whose stadium the station serves. The plazas and stations are new locations for people to socialise, for kids to play. And the closed streets of the construction years have acclimatised people to the idea of fewer cars and more walking, so we’ve been part of a social shift away from emissions producing vehicles that the city’s long promoted.

Every city is different, and its metro system can be historical or a recent addition, deep tunnelled or near the surface, so I’m wary of easily applicable lessons. But those four principles I described at the start hold true. If your architectural vision is built on those, and you and your client stay committed to them, you won’t go too far wrong.