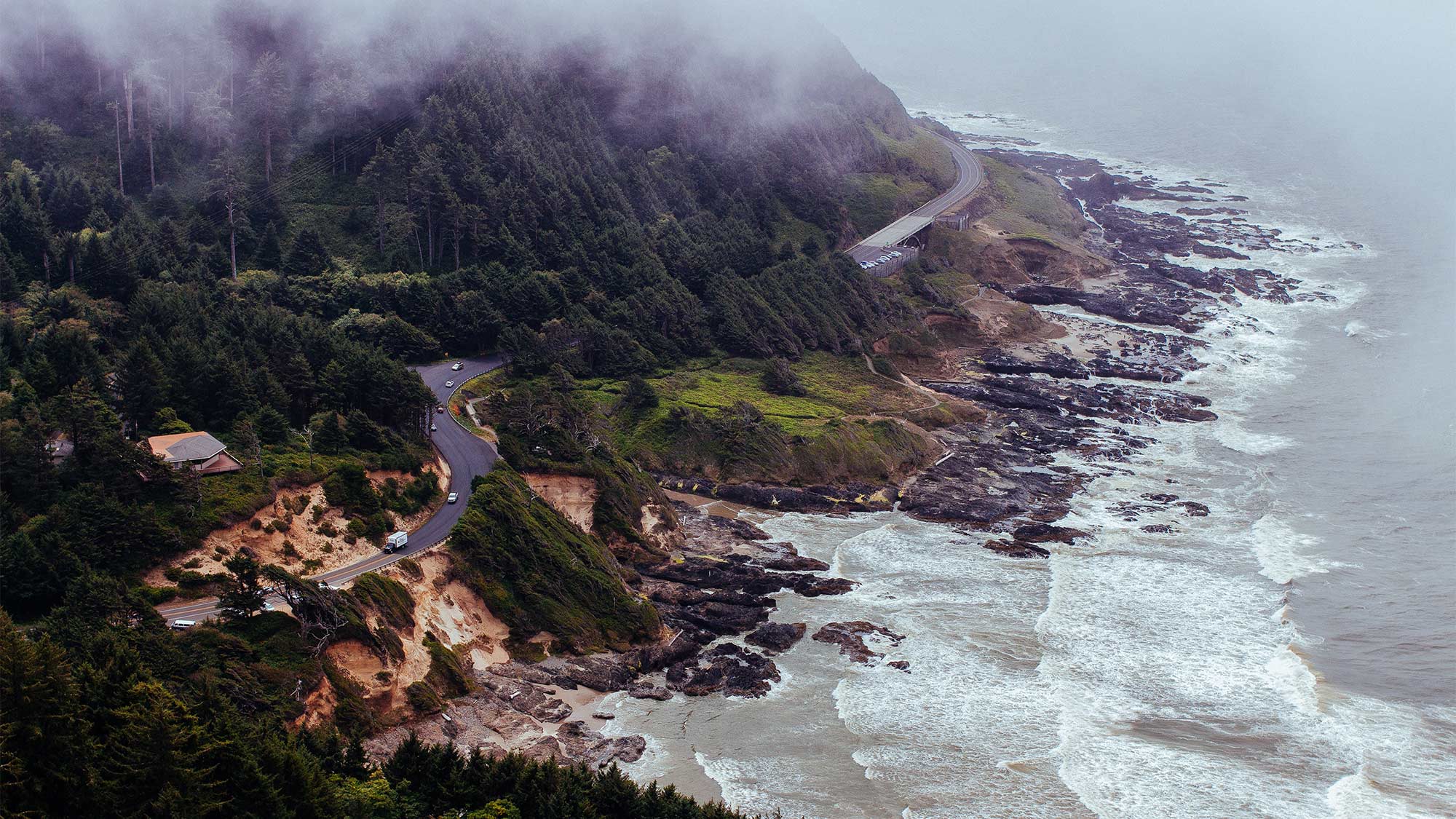 Designing for a climate-changed built environment

Designing for a climate-changed built environment

As the 2021 UN Climate Change Conference (COP26) convenes this fall in Glasgow, delegates, attendees, and industry practitioners agree that attempts to prevent our global warming from reaching 1.5 degrees warmer than preindustrial levels are falling short. With rising temperatures fueling devastating weather events from fires to flooding, this year’s climate summit goals bring a progressively sharper focus to mitigating the worst effects of these events and adapting to our changing climate.

With the continued climate crisis stretching ahead, Arup’s resilience experts are working to build up the resilience that our built environment needs now. Below, Associate Principal Vincent Lee, Americas Energy Business Leader Cole Roberts, Climate Change Risk and Resilience Engineer Jack Hogan, and Arup Fellow Melissa Burton share the tools and approaches that can help futureproof our climate-changed and changing world, in tandem with the best efforts of world leaders, and all of us, to ensure that the worst of climate change is mitigated.

Vincent: With record-breaking rain this summer, climate change is already here, and stormwater resilience is a critical focus area across the US. Tennessee saw record rain this past summer with areas seeing 17 inches of rain in less than 24 hours. The Northeastern US had nearly five times wetter than average rainfall for July. Hurricane Ida was the worst natural disaster to strike New York City since Superstorm Sandy in 2012, where at least 45 people were killed, streets became streams, and thousands of inland homes were flooded. On September 1st, 3.15 inches of rain fell in Central Park in one hour, eclipsing the record of 1.94 inches set only days before on August 21st. Even portions of the hot and dry Death Valley desert in California saw record rain in July.

In our cities, there is no single stormwater solution that will solve this climatic issue. Arup’s Design with Water approach integrates the water cycle with sustainable planning, design, and delivery to achieve wider benefits such as decarbonization, improved health and wellbeing, and biodiversity enhancements, among others.

In the Americas, we have applied this approach for New York City’s green infrastructure program, the Bradley Plaza Green Alley transformation in Los Angeles, the Bay Meadows redevelopment project in the California Bay Area, and the University of Pennsylvania Penn Park. Moreover, our regional experts on implementing green infrastructure in cities were a part of a global Arup team in developing the Shanghai urban drainage masterplan.

When designing infrastructure and buildings for the long term, in many climate zones it is no longer reasonable to only look to weather statistics and storm return periods derived from historical weather records without taking account of projected climate change effects. Improved access to locally focused climate predictions can enable engineers and planners to ensure that buildings and infrastructure are designed to accommodate anticipated changes in climate. One tool we have used to deliver our Design with Water approach is WeatherShift™. Arup, in partnership with Integrated Environmental Solutions and Argos Analytics, developed this online, interactive, publicly accessible tool that generates predicted future climate weather data from climate simulations based on the Intergovernmental Panel on Climate Change Fifth Assessment Report. It’s essential that our infrastructure designs account for the record-breaking stormwater statistics we’re seeing now, while paying keen attention to predicted data to futureproof our communities and critical infrastructure and protect our most vulnerable populations.

Solar energy resilience in the face of disruption

Cole: While there is a continued need to curb our planet’s rising climate by meeting the decarbonization goals established in the Paris Agreement, climate-change related hazards have created a distinct demand for improved energy resilience. Large-scale cities and small communities alike are better trying to gauge their energy needs and build up resilience in the face of wildfires, extreme weather, sea-level rise, and other disasters. Arup can help meet these dual demands by taking a whole-systems approach to renewable energy, storage, and critical facilities in our communities.

Solar photovoltaics, when paired with efficient battery storage systems and implemented through smart grid technology, can both meet the demand for energy resilience during a disruptive event while advancing our decarbonization efforts through renewable energy storage and generation. In collaboration with our clients and partners, Arup designed the publicly available SolarResilient™ toolset, which provides recommendations for solar PV plus battery storage systems.

Funded by a United States Department of Energy grant, the toolset estimates the necessary rating and physical size of grid-integrated PV and battery storage that would provide power for extended periods of large-scale grid power outage — for single facilities up to entire portfolios. From there, Arup’s consultants help cities and building owners understand that data and map out a holistic urban energy resilience strategy. Working with leading cities in California, Arup analyzed over 700 critical facilities in 26 cities, including the financial, economic, and technical assessment of battery and PV systems for a prioritized group of shelters and libraries, scored based on exposure to hazards, walkability, as well as their proximity to disadvantaged and low-income communities. Arup’s program showed that implementing a SolarResilient portfolio investment would safeguard 5-8% of city populations overnight and enable day use for roughly 25% of residents during a multi-day outage.

Implementing solar photovoltaic energy generation plus storage across a multitude of buildings can simultaneously lower costs, safeguard lives including our most at risk groups, and advance our climate action goals.

Jack: The Intergovernmental Panel on Climate Change recently reported that global mean sea level (GMSL) rise is likely to reach between 0.5 to 1 meter by 2100. Evidence in peer-reviewed publications also support a physically plausible GMSL rise exceeding 2.0m within the design life of contemporary infrastructure projects. The question for infrastructure planners and policymakers is whether we should resist, restore, or retreat. Deciding between these strategies represents the crux of sea level rise adaptation planning, which underpins our work on a wide range of coastal resilience projects. To tackle this problem, Arup’s approach is to face future climate change uncertainty head-on with dynamic or adaptive planning. The Flexible Adaption Pathways approach is a type of dynamic planning well-suited for the uncertainty of projected sea level rise.

The Kapalama Canal in Honolulu, Hawaii

For a recent project on the island of Oahu, our Risk and Resilience team formulated a demonstration of the Flexible Adaptation Pathways method for the State of Hawaii Office of Planning. In this effort, we developed several adaptation “pathways,” from tidal barriers to wetland restoration to retreat options, which Honolulu could then take into account on its journey to mitigate flooding and defend against sea level rise long-term. Future extreme heat was also addressed in this project and proved to be equally applicable within the Flexible Adaptation Pathways framework.

In this approach, we illustrated how to identify “no regrets” or “low regrets” pathways, which are strategies that lead to the fewest number of dead ends when considering a long-term planning horizon and multiple climate change scenarios. Adaptation plans are tied to an evolving knowledge base, which includes changing development economics as well as updated sea level rise projections. With pathways mapped across various futures with evolving knowledge, this method creates tipping points for actions, telling decision-makers when key investments can be made with the fewest potential regrets.

Ultimately, climate change adaptation is a dynamic process, not an outcome. When planning flood protection infrastructure in areas vulnerable to sea level rise, the dynamic Flexible Adaptation Pathways process has helped our work with city planners by identifying paths of least regret and avoiding undesirable lock-in decisions as we plan for an uncertain future.

Melissa: When I was in second grade, a tornado whipped through my hometown. My dad was home from work early having bought a new car that day and my sister and I had just finished our school day and were playing a board game in the front room of our house. My mom saw the tornado forming in the distance and shouted for all of us to run for cover. My house that day was spared, but many on my street were not. My elementary school was levelled. This is my personal story, but as we see changing weather patterns and increasing intensities of violent storms like hurricanes, thunder events, and winter storms, there are more and more people who have their own personal stories.

Here in Ontario where I live, the impact of climate change on public infrastructure and private assets is of significant economic importance. Costly damage over the past decade due to extreme weather events has become common.

Though our approach may differ depending on the client, our role at Arup is focused on supporting our clients in achieving resilience for their assets. That may mean supporting a global financial institution in better understanding climate risk across their +3,000-asset portfolio. Or it may mean engaging with City clients to develop climate action plans and benchmarking for resilience dividends. Or our approach may include supporting public and private clients in adapting designs to enhance resilience against the next big storm.

If a collective agreement is reached to take immediate and unprecedented action, the 2021 Intergovernmental Panel on Climate Change underscores that it remains possible to limit global warming to 1.5 degrees. With this critical summit for global climate action approaching, we have an opportunity to change the magnitude and reduce the multitude of future stories.

As the COP26 summit commences, Arup Fellows Fiona Cousins and Erin McConahey and Arup Americas Director of Cities and Sustainable Real Estate Brian Swett together reflect on the role of the AEC industry in achieving net zero, the next practicable steps for climate action, and how we can ensure our carbon-neutral future is equitable and just.

Arup resilience and finance experts discuss the state of climate-risk and resilience reporting today, where climate-risk reporting frameworks and regulations appear to be headed in the future, and how they are helping their clients navigate the changing terrain. 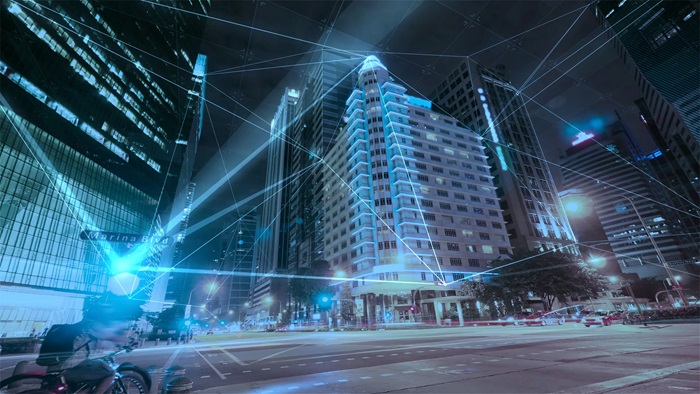