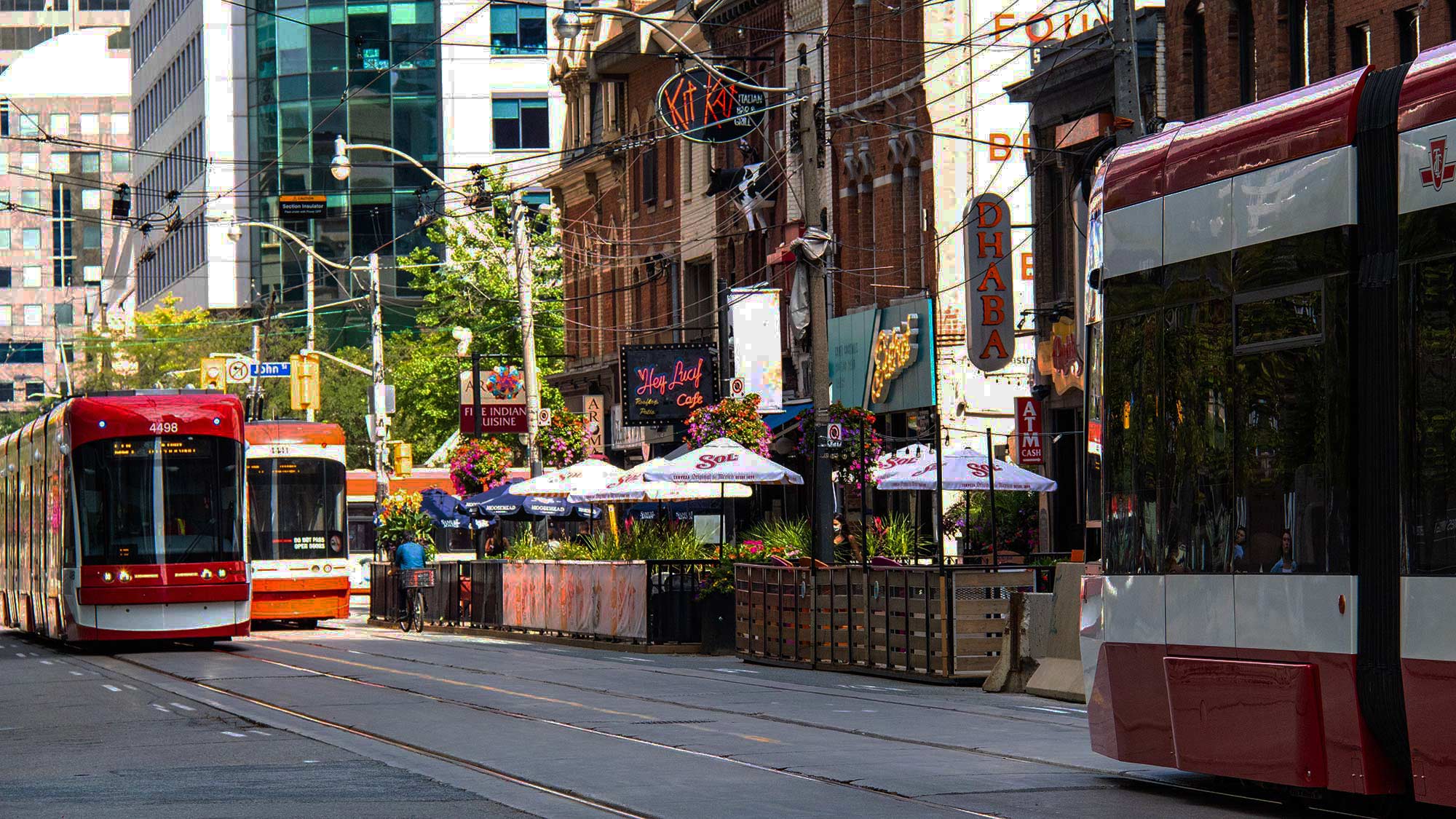 Although trams and streetcars have been around for more than a hundred years, modes of transit sharing a corridor with cars are often constrained to travel at the speed of the traffic alongside them. The advancement of signaling systems has opened up a faster, more efficient rail system that can sit within a road corridor: light-rail transit.

With light-rail transit (LRT), transportation planners and rail experts don’t have to build a subway network underground or carve out a separate, segregated rail corridor. Instead, today’s designers can make use of existing urban streets and better integrate rail into the environment — all at a lower cost. As cities and major metropolitan areas look to expand their transit networks sustainably, efficiently, and cost-effectively, Arup’s infrastructure leaders in Canada Simon Stephenson and Sean Meadows discuss the opportunities and implications of urban LRT.

What are the opportunities of investing in LRT?

Simon: Unlike trams and streetcars, whose journey time may be affected by slow moving traffic, LRTs can be segregated from the road to run independently and at a higher capacity. Plus, it’s clean and it’s safe. LRT development also offers an opportunity to take a holistic view of an entire corridor. On a traditional subway, you typically bypass long stretches of your corridor, traveling beneath or over the top of it. The transit itself isn’t connected to or integrated with the communities it passes through. In contrast, LRT runs at grade, which means it’s more intimately connected to the space it occupies.

Sean: That connectivity serves as a rejuvenating force on several fronts. LRT has proven economic benefits for the communities it passes through and the small businesses it draws attention to as people traveling on light rail spot coffeeshops, storefronts, and other cool spaces to visit. The communities themselves also have increased accessibility thanks to the layout, which goes beyond the traditional transit-orient development that may be created around the station itself. It’s transit-integrated development as opposed to transit-oriented development.

On the flip side, some argue against LRT with a vision of the systems created in the fifties and sixties in mind. Even in downtown Toronto, you can see a hodge-podge of overhead catenary wires that obstruct views. There’s an ongoing push-pull between LRT and subway systems. Subway trains are underground and out of the way, with the capacity to move more people. But when well-considered, with dedicated rights-of-way and thoughtful urban integration, LRT can be an elegant solution for the neighborhood.

What role can LRT play in terms of social infrastructure?

Simon: LRT can provide connectivity to more points along any given corridor and the stops themselves can be relatively simple structures. Also, because LRT typically runs at grade with low-floor vehicles, it’s inherently more accessible than underground stations, for instance.

Sean: From a social equity standpoint, I think because LRT is cheaper and many times simpler to construct, the system typically provides a larger network that reaches more communities. Therefore, you're able to service less densely populated communities that need a mode of transit to access economic centers, which creates an economic benefit for those residents. With LRT, you’re designing a holistic corridor, not a siloed piece of infrastructure.

Sean: It’s about planning, designing, and maintaining streets so that they’re safe for all types of users. From my perspective, its implementation depends on the client. Metrolinx and Infrastructure Ontario, for instance, are always keenly examining their transit networks so that light-rail, vehicle, and bus traffic are connected up, while also ensuring a balance between walkways, bike paths, and green space. I’d say there’s still much to be figured out around first-mile and last-mile transit, which could come through new vehicle technologies or other transportation pathways incorporated into the Complete Streets idea. We don’t have that piece unlocked here in Canada yet.

Simon: I do think there’s a misconception that LRT projects are exclusively about rail design when it’s much broader than that. Take Finch West LRT for example. Yes, we’re designing a railway down the center of the corridor, but we’re also changing the entire nature of the corridor. At the moment, it’s a fast-moving, six-lane highway through an urban space where pedestrians don’t want to walk. Our team is bringing in more green space and segregating cycling and walking paths along the side to open up new modes of transportation. The Complete Streets approach is just that: changing the entire character of a corridor so that it’s equitable for all users.

Simon: I think the answer to that question lies in the planning stages. Our transportation consultants use operational, pedestrian, and vehicle flow modeling to consider user behavior and how those users might interact with the future state of these systems.

Then as you progress into detailed urban rail design where you’re making decisions about alignment, track, rail systems, stations, architecture, civil, geotech, and bridges, there is an extensive array of stakeholder consultation. It’s essential to work closely with local stakeholders to ensure the solution we deliver fits with their vision for the neighborhood.

How can we bolster transit resilience, and thus a city’s overall resilience, against future shocks and stressors?

Sean: If we take Canada as a whole, we’ve seen an unforeseen increase in our population. In the last 20 years, the population for the Greater Toronto Area more than doubled.

We’re seeing over 100,000 new residents just in Downtown Toronto on an annual basis, which is far outpacing any other major city in North America right now. Future resiliency means planning capacity for that density as neighborhoods continue to grow, while also reducing our carbon footprint and facilitating active transportation — that means incorporating networks for biking, walking, and public transit to get you to your destination.

Another key is shifting thinking around the longevity of an asset. How adaptable is a piece of infrastructure? What happens to it at the end of its useful life? If something last 75 years but is completely indestructible, is that actually sustainable? Or should we be thinking about how assets will be decommissioned from the outset to take a more circular approach?

In our industry, there’s a constant tension between the lifecycle cost and replacement cost versus what might be right for the environment and make a more sustainable future for us all. The pendulum is shifting toward ways to reuse our assets, but there’s more to be done in active asset management to better understand how we can increase the lifecycle of infrastructure sustainably.

Simon: Public-private partnerships are a step in this direction, though. Under a traditional design contract, we would be looking purely at capital costs, whereas with public-private partnerships, the project is accounting for at least the first 30 years as a holistic business venture. The project has to account for what it will build the assets from, how many times they may need to be replaced, etc. And while it might not be the full lifecycle, we are still considering more than the opening-day costs. Though it hasn’t been implemented yet, we’re working toward more circular thinking in that respect.