Talk to Mark Wallace about this perspective 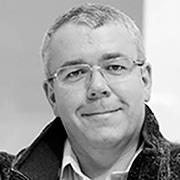 Talk to Mark Wallace about this perspective

Developing underground is an increasingly attractive and economically viable option for crowded cities.

In high-density urban areas, pressure for space is sparking interest in building downwards as well as upwards. Cities including Hong Kong, Singapore and Helsinki are all looking seriously into or have already developed masterplans for underground development.

Helsinki has already hollowed out space for 400 facilities including a wastewater treatment plant, a swimming pool and a running track. Its masterplan identifies over 100 new locations for rock construction.

In Hong Kong, Arup helped the Government look at how to enhance the use of underground space and the city is now going ahead with plans to move the Sha Tin sewage treatment works to underground caverns. This will free up valuable above ground waterfront land to be redeveloped for other uses and remove an environmental nuisance for local people. For the private sector, going underground represents an opportunity to ensure business continuity. Spiralling demand for land above ground in crowded cities makes buying property expensive and puts landlords in the driving seat when businesses are looking to lease space.

In Hong Kong, these pressures mean leases are often short and expensive – making it difficult to plan for the future. So businesses find the underground option particularly attractive for applications like data centres, as it could provide a secure, long-term home.

With society depending more and more on the internet, keeping the data that flows through it safe is an important consideration. Build a data centre below ground and it will be shielded from cosmic rays and electromagnetic interference – as well as from potential terrorist attacks.

Going underground also provides a more stable temperature. So in Hong Kong’s hot and humid climate, underground facilities would avoid summer peaks and save on cooling. In more northerly latitudes it would help avoid the harshest conditions of winter.

How can cities go about taking advantage of the space beneath their streets? Favourable geology helps. In Helsinki’s case, bedrock is hard and near the surface. Suitable terrain is also an advantage. Hong Kong benefits from having steep terrain as well as good strong rocks making it relatively straightforward to tunnel into the hillsides.

However, carving rock caverns from mountains or bedrock is not the only way forward. Cities like Toronto and Montreal, to name a few, have taken the interconnectivity offered by their existing metro systems and expanded it to connect basements with labyrinths of passageways and subways. In Japan and Korea, you’ll find underground connected shopping malls that keep people off the roads and in stable comfortable environments.

Developing below ground isn’t a new idea. In the past, people have built underground when times were difficult or conditions were harsh. Today, these spaces offer us opportunities to address the very different challenges our dense urban spaces face.