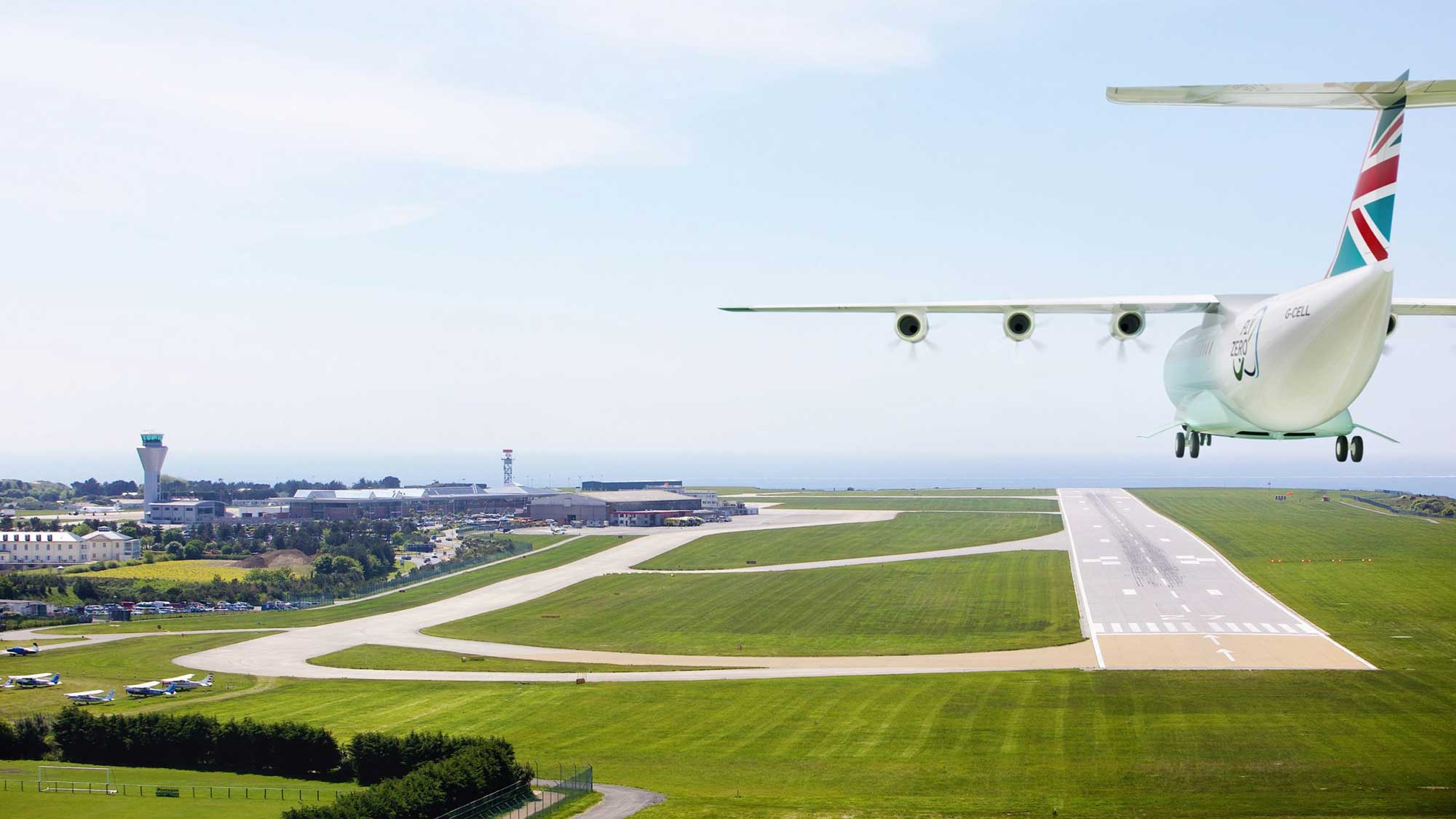 How can countries scale hydrogen and make aviation sustainable?

How can countries scale hydrogen and make aviation sustainable?

Talk to John Beasley about this perspective 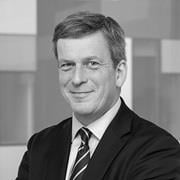 Talk to John Beasley about this perspective

Ever since aviation became a mainstream mode of transport, the sector has been an incredible engine for civilisation’s advances – shrinking distances, connecting nations, leading to huge amounts of economic growth and development. At the 77th IATA Annual General Meeting on 4 October 2021, a resolution was passed by IATA member airlines committing them to achieving net-zero carbon emissions from their operations by 2050. With that commitment comes the most significant reconfiguration of the industry in its history, with implications for aeroplane design, fuel infrastructure, business models and physical infrastructure. As a world we need air travel to thrive, but the transition required will be unlike anything we’ve countenanced before.

All this change flows from the need to transform how the aircraft themselves are powered. Three complementary approaches are emerging as plausible solutions for storing the required energy onboard an aircraft: so-called sustainable aviation fuels (SAFs), electric batteries and, most recently, hydrogen. Each technology has a unique set of benefits and challenges meaning that no single approach is a panacea for aviation – but each has a key role to play in decarbonising different sectors within the industry.

Arup was one of almost 50 organisations across the UK commissioned by FlyZero to provide specialist input into an intensive research project – led by the ATI and backed by the UK Government – to investigate zero-carbon emission commercial flight. FlyZero’s summary report has just been published, indicating that hydrogen “is the most viable zero-carbon emission fuel”. This article looks at why hydrogen is so promising, along with some of the challenges to be overcome for its potential to be realised.

Aviation encompasses a wide range and scale of aircraft, from carrying a few passengers on regional flights, to intercontinental journeys that span half the globe in a single trip. As the industry ponders the switch from conventional jet fuel (kerosene), physical constraints and energy density issues quickly come into play.

Battery-powered aircraft store electrical energy with little loss, but the current weight of batteries places limitations on their application for larger capacity/longer range aircraft – a similar challenge that electric trucks are facing and why one firm, JCB, is looking to use hydrogen for its heavy plant vehicles.

Sustainable Aviation Fuels (SAFs) can be used as a “drop-in” replacement for existing kerosene and benefit from not requiring extensive changes to airlines’ and airports’ infrastructure and operations. Some SAFs are made by converting waste products (e.g. municipal rubbish or used cooking oils). SAFs made in this way essentially “re-use” carbon, that might otherwise have been lost – reducing aviation’s carbon footprint – but there is still a net carbon output. While creating SAFs from crops is a “renewable” process, it nevertheless has an environmental impact and competes for resources needed to feed the world. Creating SAFs by capturing carbon dioxide directly from the air can lead to near zero net carbon emissions, but it does require a source of green hydrogen to synthesise the fuel in order for it to be essentially a zero-carbon option.

This leads to considering hydrogen as a fuel in its own right. If it can be used directly in an aircraft, to burn in a jet turbine, or to feed a fuel cell to generate electricity, then, subject to it being produced via electrolysis using renewable electricity, there is little carbon involved in its production and use. Created in this way, hydrogen is both green and sustainable. Per kilogram, hydrogen contains around three times the energy of jet fuel, and around 200 times that of a current lithium-ion battery. Its drawback is that, despite not weighing much, even when liquefied, it requires around four-times as much space per unit of energy than jet fuel. (That said, this is still 20-times better than current battery technology.)

Clearly, more physical space will be needed than within conventional aircraft designs, but work by Airbus and by FlyZero has shown concept aircraft that can cover all current ranges from regional through to intercontinental. And others are working on converting smaller, existing aircraft to run on hydrogen as technology demonstrators. Airbus believes that its new ZEROe aircraft could enter fleets by 2035.

To remove carbon, the hydrogen must be produced by either a “blue” pathway (converting natural gas into hydrogen and then sequestering the resulting carbon dioxide) or by a “green” pathway (electrolysis of water using low carbon electricity – ideally from renewable resources such as solar or wind generators). In the UK, wind-generated electricity amounted to 89 TWh in 2020. To generate the energy needed for production of hydrogen for UK aviation alone in 2050 would require roughly twice this. Of course, there are other demands for renewable electricity, and this is reflected in the National Grid’s “Future Energy Scenarios”, for example, which, though reflecting a range of different priorities, all share a common assumption about a huge increase in wind generated electricity in the UK – anything between about 400 TWh and more than 525 TWh, by 2050 (i.e. four to six times 2020 levels). So, while the transition in aviation might appear daunting, it must be seen in the context of national shift of a much greater magnitude that is already underway.

Transport systems and fuel industries or power networks co-exist in a kind of interdependent, almost chicken and egg relationship. Airlines will only order new hydrogen jets if the fuel industry has already established that hydrogen will be available at the scale that can support their operations – and can do so at a competitive cost.

As high as this hurdle may appear, there are causes for optimism. Other areas of the economy are already starting to implement hydrogen-powered solutions – buses, trains, trucks, home heating – the demand these users are producing should help attract investment into the hydrogen industry. Arup is already helping countries like Australia to develop national strategies to accelerate this process.

Beyond developing new aircraft and a supporting hydrogen production capability, there are implications for hydrogen’s delivery to airports, and storage and distribution there. For anything other than small aircraft, hydrogen must be cooled and liquefied to achieve sufficient volumetric density for onboard storage. This is an energy-intensive, specialist process and, as a result, will happen at locations with ready access to renewable electricity. The resulting liquefied hydrogen will be transported to airports by tanker. This may be sufficient for smaller airports, but as demand for hydrogen grows at larger airports, tanker delivery may become impractical. Then, one can see that pipeline delivery of gaseous hydrogen will allow large amounts of energy to be transported to an airport, but onsite liquefaction facilities will be needed, along with sufficient electrical power.

Storage and distribution of liquefied hydrogen at an airport will vary from tankers and bowsers through to the installation of a “hydrant” system, analogous to those seen for jet fuel at large airports – though the engineering and technology required are very different, reflecting the specific properties of liquid hydrogen.

These topics will have to be factored into airports’ masterplans and it is not something that can be put off. Consider a 25-year asset life/planning horizon from today. That takes us to 2047 – and hydrogen aircraft could have been in service for more than a decade by then. So, capital plans being developed now ought to start to take account of hydrogen (and other “new” fuels).

When you’re contemplating a level of industry wide transition at this scale, clearly national and international bodies need to both shape and incentivise its development. The UK Government’s ambition to create 5 GW of hydrogen production capacity by 2030 (as set out in the Hydrogen Strategy) is a good start, though this is but a first step to create the capacity needed for aviation in the medium- and long-term, quite apart from that needed for other potential users of hydrogen.

In sourcing hydrogen there are two factors that will require consideration by UK policymakers. The first is the likelihood that “blue” hydrogen will be inherently cheaper to produce than “green” hydrogen, at least in the short and medium term. The second is that overseas hydrogen production will also be cheaper in regions with abundant resources (whether renewable or otherwise). It is evident that market forces alone will not necessarily deliver the type of hydrogen supply chain that is aligned with UK national objectives and interests. There may well be a premium to be paid for local, and green, hydrogen production in exchange for greater energy security and genuinely low-carbon credentials. With hydrocarbon prices currently so high we are already paying this premium, but without gaining the benefits of security of supply.

The UK Prime Minister has announced that he will set out a British Energy Security Strategy and he has also identified hydrogen as being the low carbon fuel with ‘the greatest potential of all’ (though he appears to be relying on “blue” hydrogen). Maybe this is an interim solution, but we should be ambitious and strive ultimately for “green” hydrogen to create a clean and sustainable future for aviation.