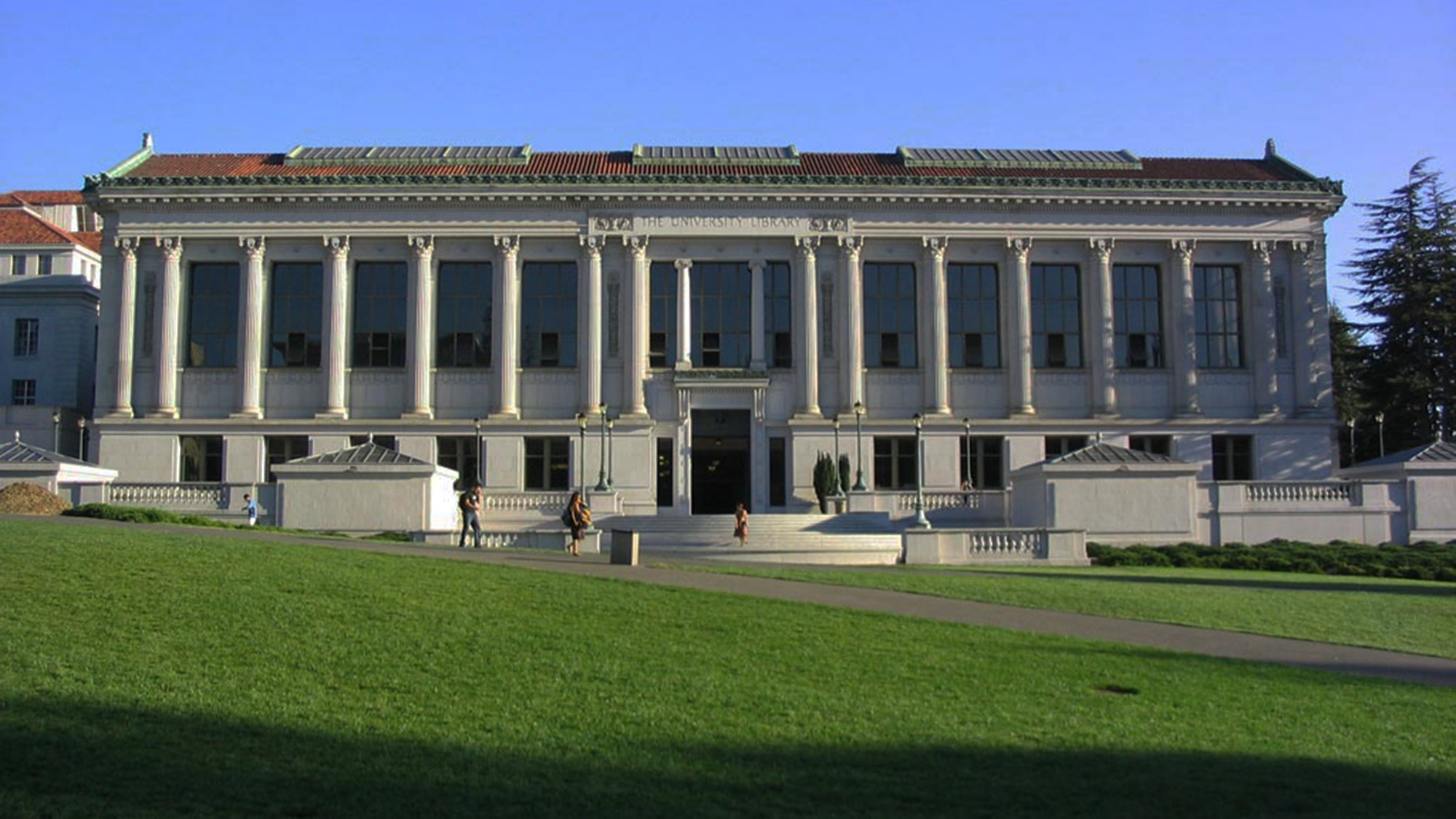 How higher education stays ahead of the sustainability curve

How higher education stays ahead of the sustainability curve

Talk to Patrick McCafferty about this perspective 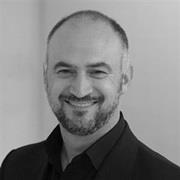 Talk to Patrick McCafferty about this perspective

For the past decade, leading universities across North America have championed sustainability on multiple fronts. Institutions from Stanford University to MIT have pushed the boundaries of sustainable practice inside the classroom and pioneered new technologies in the lab. At the same time, they have set new benchmarks in sustainable building design and performance, with campus projects like the Stanford Graduate School of Business, Princeton’s Frick Chemistry Laboratory, and Cornell Tech’s Bloomberg Center.

Today, the list of precedent-setting higher education projects continues to grow, with projects like Northeastern University’s Interdisciplinary Science and Engineering Complex, the University of Toronto’s Centre for Medicinal Chemistry, and McGill University’s New Vic Project setting increasingly ambitious targets for energy performance, sustainable design, and carbon emissions accounting. All of which begs the question: how exactly are universities staying ahead of the sustainability curve?

To explore this question, we invited four Arup experts to weigh in on the cultural, social, and commercial forces that help higher-ed institutions drive ambitious sustainability goals.

There is a growing consensus that higher ed is well ahead of the private sector when it comes to sustainability. What are some clear indicators of this trend?

Erica Levine: One clear example is how universities are approaching carbon emissions reductions. The majority of higher-ed institutions are now committed to achieving carbon neutrality by 2040 or 2050, which gives them a good 5- to 10-year head start on private industry.

A handful of higher-ed institutions have set even more ambitious goals. For instance, California’s state college system is aiming to make all their campuses carbon neutral by 2025. Arup’s San Francisco office is currently working with UC Berkeley to evaluate their energy system to help them meet this goal. 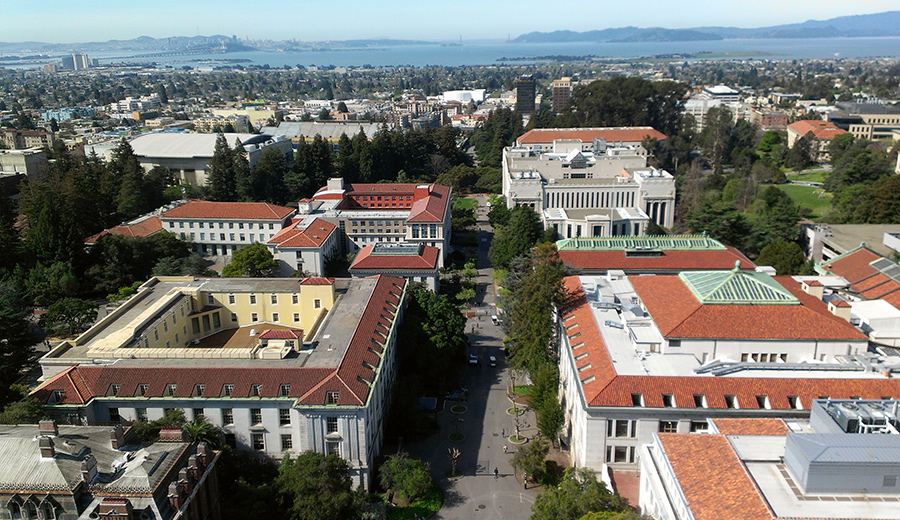 Do you find the UC system’s approach to decarbonization particularly cutting-edge?

Erica: Yes. At UC Berkeley, they’re looking to maximize the long-term benefits of this project and have developed a robust, multifactor framework that allows them to holistically evaluate the options. The framework goes well beyond what you typically see on a project of this kind — it factors in everything from construction and operating costs to resource use and carbon emissions. My sense is that it’s a sign of where higher ed is headed, because California has a history of being ahead of the curve when it comes to both sustainability and innovation.

USC’s approach was notable in that they were very focused on exploring options that helped them reduce emissions and provide social value to students and the larger community, whether that was by capitalizing on experiential learning opportunities at the building level or by aligning the campus’s sustainability plan with LA’s Million Trees initiative. 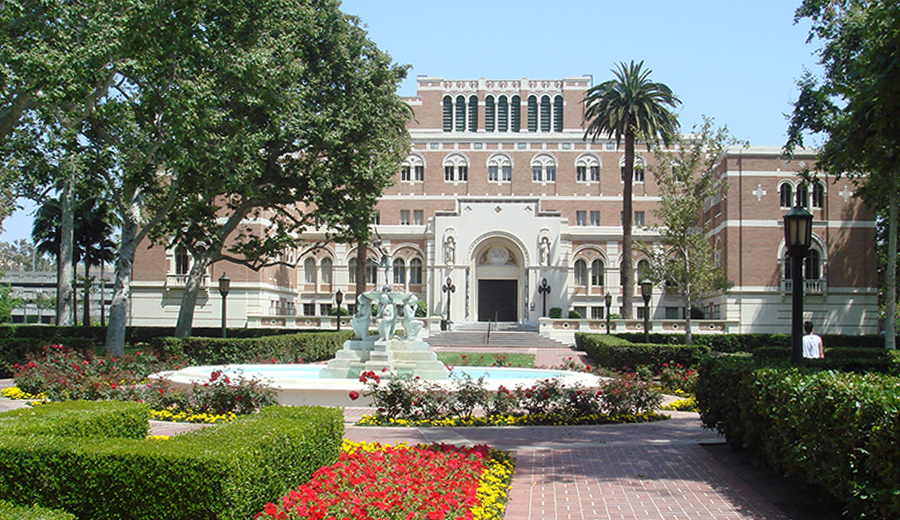 How do you think the culture of universities enables them to stay ahead of private industry in this regard?

Svetan Veliov: Universities tend to be on the front lines of change because they have a culture that emphasizes the value and importance of intellectual exploration and progress. In some sense, this kind of thinking is baked into the higher-ed model, because part of the university’s mandate is to prepare students for the future they're going to inherit. This makes them natural incubators.

Matt Humphries: McGill University’s New Vic Project is a prime example of how the higher-ed approach to sustainability differs from most private intuitions.

McGill is in the process of transforming Montreal’s historic Royal Victoria Hospital into a cross-disciplinary research institute dedicated to sustainability. The New Vic is what you might call a multidisciplinary incubator. It will bring social scientists, materials scientists, and engineers together under one roof to help spur innovation and usher in a new era in sustainable design and technology. For this reason, the building itself needs to showcase the latest and greatest in sustainable design.

McGill recognized that the project’s long timeline — roughly eight years — would make this challenging, so they brought Arup in to do trend evaluation and analyses, and help them develop a future-focused sustainability strategy. 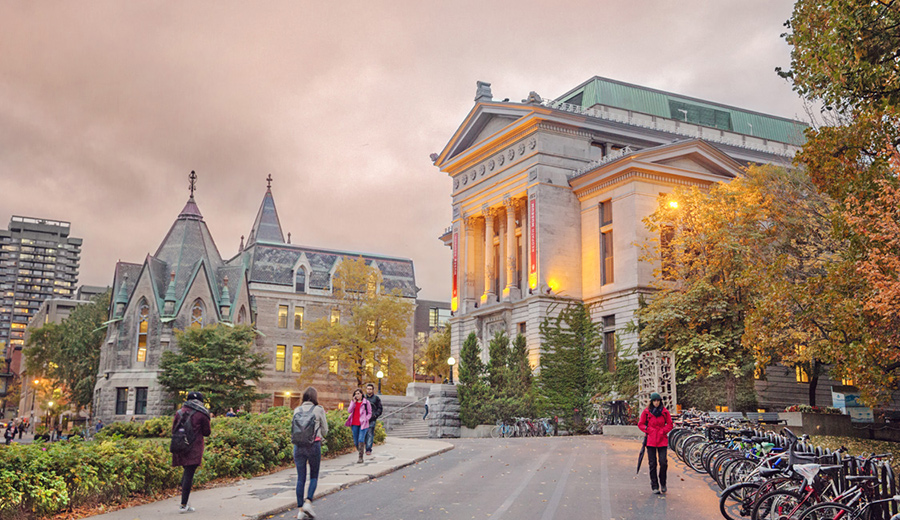 Is it fair to say that universities are better positioned to spend time and resources on the front end to deliver better long-term outcomes?

Matt: The leaders of colleges and universities are usually academics who have risen through the ranks. These are people who value research for its own sake and understand the importance of looking at problems from different vantage points and making evidence-based decisions.

I would argue these are less-central tenets in corporate decision-making, which tends to be driven by market factors, like delivering a good return on investment and managing shareholder expectations on profit and return. Universities, by contrast, aren’t beholden to shareholders. They build endowments to help ensure they will be around for the duration, which gives them the freedom to focus on finding solutions that can stand the test of time.

Zara: I think our work at USC also demonstrates how up-front investment in research and discovery helps drive change. To identify the optimal combination of strategies for the campus, we needed to know the lay of the land. We ended up meeting with faculty and team members across business units and departments to understand their specific needs and promote buy in. By the end of the project, we saw a big shift in the mentality around sustainability on the campus — something I doubt we would have seen had the engagement process been less intensive.

It’s also important to point out that finding the best solution doesn’t always hinge on having a big pot of money, because we’re in a pretty tough economic climate and I think many schools are asking themselves how they can continue pursuing ambitious sustainability agendas in the face of funding shortfalls. There are ways!

Svetan: Yes, I think what distinguishes Arup is that we have a lot of experience working with clients to devise creative sustainability solutions that don’t require a huge up-front investment or that offset their own cost by reducing operational expenses.

The work we’re doing at the new Centre for Medicinal Chemistry at the University of Toronto Mississauga (UTM) is a good example of what can be done even if your budget is limited. UTM wanted the building to be as sustainable as possible, but they were working under the impression that state-of-the-art strategies, like chilled beams and geothermal, were off the table because they were either too expensive or inappropriate to context. Still, they were open to exploring their options and that decision really paid off.

With Arup’s help, UTM realized that both geothermal and chilled beams could be effective and affordable solutions and they decided to move forward with them. As a result, we expect a 70% reduction in energy use compared to ASHRAE 90.1. This is 30% above UTM’s initial blue-sky goal of 40% over ASHRAE, and it puts the new Centre for Medicinal Chemistry on track to become one of the most energy-efficient lab buildings in North America. 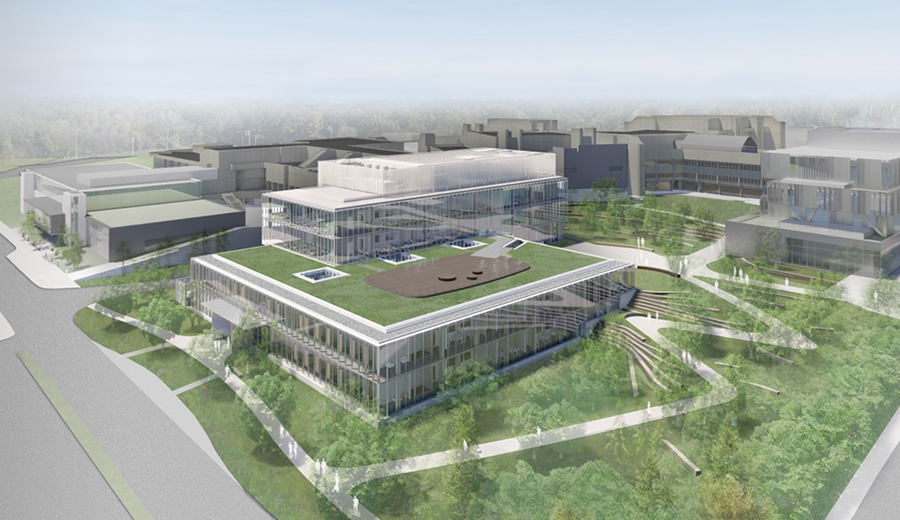 How do you think the COVID crisis is likely to alter the way universities approach planning?

Erica: I think that building resilience will be a huge priority. Pandemics are top of mind for everyone right now, but we're going to continue facing a variety of stressors that demand better resilience planning. For instance, California has seen a massive increase in wildfires over the past few years due to climate change. In fall 2019, the local utility started intermittently shutting down power to much of the Bay Area to reduce fire risk. UC Berkeley’s full campus load exceeds the capacity of their co-generation plant, so the school basically had to shut down everything but critical research functions and the dorms. This is the sort of thing that could be averted with good resilience planning.

Zara: I agree with Erica. We are living in uncertain times, and universities and colleges are increasingly focused on how they can be better prepared to withstand shocks and stressors and stand the test of time. For example, we are currently in talks with a higher-ed client who is interested in implementing a microgrid because it could help them reduce carbon emissions and provide backup power in the event that a wildfire or another issue triggers future shutdowns.

Matt: I think the pandemic could start a larger cultural conversation about how we draw boundaries and how we create real value. And universities are good examples of how to do it well. For instance, McGill’s carbon emissions reduction targets include some Scope 3 emissions. What this means is that they are expanding their boundary of accountability far beyond their own borders. The research they do as a result will have value not just to them, but within a broader context.

Universities are more apt to take steps like this because they tend to have more permeable boundaries. They see themselves as part of a larger community, city, and country. 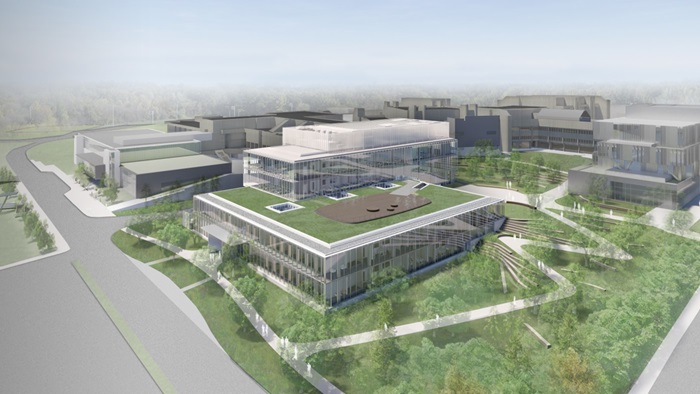 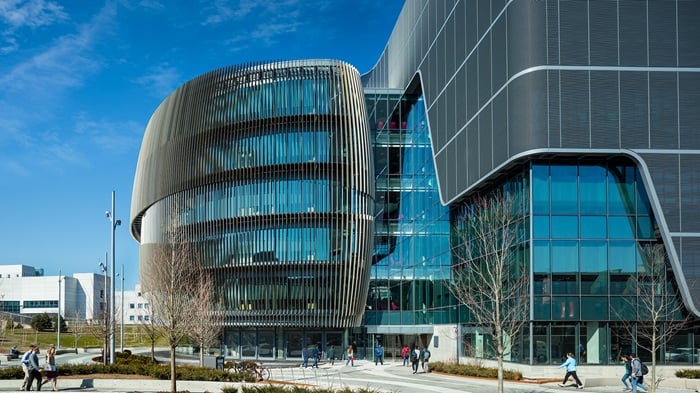 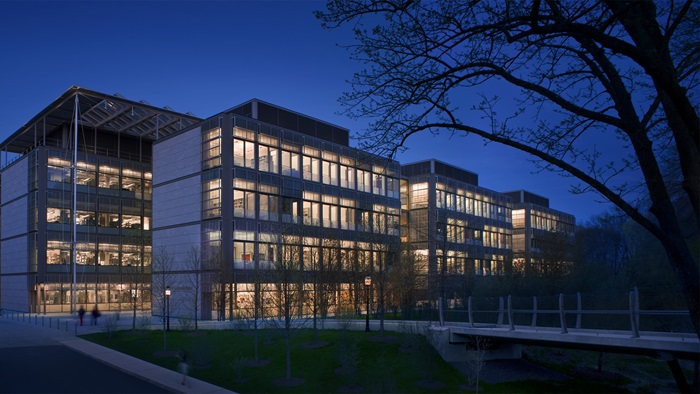 The future of higher education

The world of higher education has been profoundly impacted by the COVID-19 crisis. Decision makers and designers are now focused on how we can use this cultural inflection point to make educational institutions more agile and resilient and deliver better educational outcomes.

Senior structural engineer Lauren Wingo and sustainability associate Frances Yang discuss the pitfalls of and progress made toward embodied-carbon neutrality and how structural engineers can help achieve this industry-wide change.