Talk to Russell Carr about this perspective 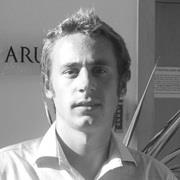 Talk to Russell Carr about this perspective

Large natural disasters severely damage power infrastructure and hundreds of minor storms regularly disrupt power networks around the world. As we face a future made less certain by the effects of climate change, I believe microgrids can help us keep the lights on.

Microgrids are localised, integrated energy systems that supply power to communities of various sizes, from a small residential cluster to providing the energy needs of a large conglomerate. They consist of distributed energy resources (including photovoltaics (PV), fuel cells, combined heating and power (CHP) and wind), electricity storage (such as batteries or liquid air) and electrical loads operating as an autonomous grid. Microgrids act either in parallel to, or islanded from, the local electricity distribution network.

Crucially, microgrids can continue to operate independently of the wider grid infrastructure. If this is damaged, the microgrid will still operate and provide power to the local loads. During the devastation caused by the Fukushima Tsunami, a microgrid at Tonoku Fukushi University continued to provide essential heat and power to the facility when the wider macrogrid was down.

During Superstorm Sandy, operations at the US Food and Drug Administration’s White Oak facility continued uninterrupted by the macrogrid’s complete loss of power.

So what’s the catch?

The main barrier to mass deployment is the upfront capital costs. A microgrid is much more than just an emergency power supply and requires specialised planning and design. It has to operate as a self-contained grid, managing the delicate balance of supply and demand while providing the necessary electrical safety functions.

Microgrids also require significant investment in generation and storage, with the generation operating continuously so it can transition seamlessly to ‘island mode’ when the wider grid goes down.

There are also regulatory challenges and technical issues to overcome with the local electricity utilities. The ability to separate from the macrogrid when desired is a whole new operating regime for utility companies to get to grips with.

But microgrids have benefits even when the wider grid is still working. They can eliminate issues of power quality that can severely affect sensitive electronic equipment. Because they store electricity, microgrids can also help the grid to accommodate increasing renewable generation, which is intermittent by nature. And by using distributed, renewable generation, the energy generated by power from microgrids can be cheaper than the unit cost of grid energy.

Ultimately, microgrids can increase energy security by ending dependence on the wider grid and it will be interesting to see how the market for these specialised grids grows over the next few years. Outside of the military I’d expect to see campus settings, power-hungry businesses such as data centres, small island nations and rural areas prone to outages around the world taking advantage of microgrids.

If governments want us all to use energy more efficiently, I think they need to be much more active in fostering the rise of the smart grid.

Over the next few years, we’ll begin to see more microgrid technology being adopted — not only to keep the lights on at airports but to keep us safe, energized, and connected across many crucial aspects of our daily lives.