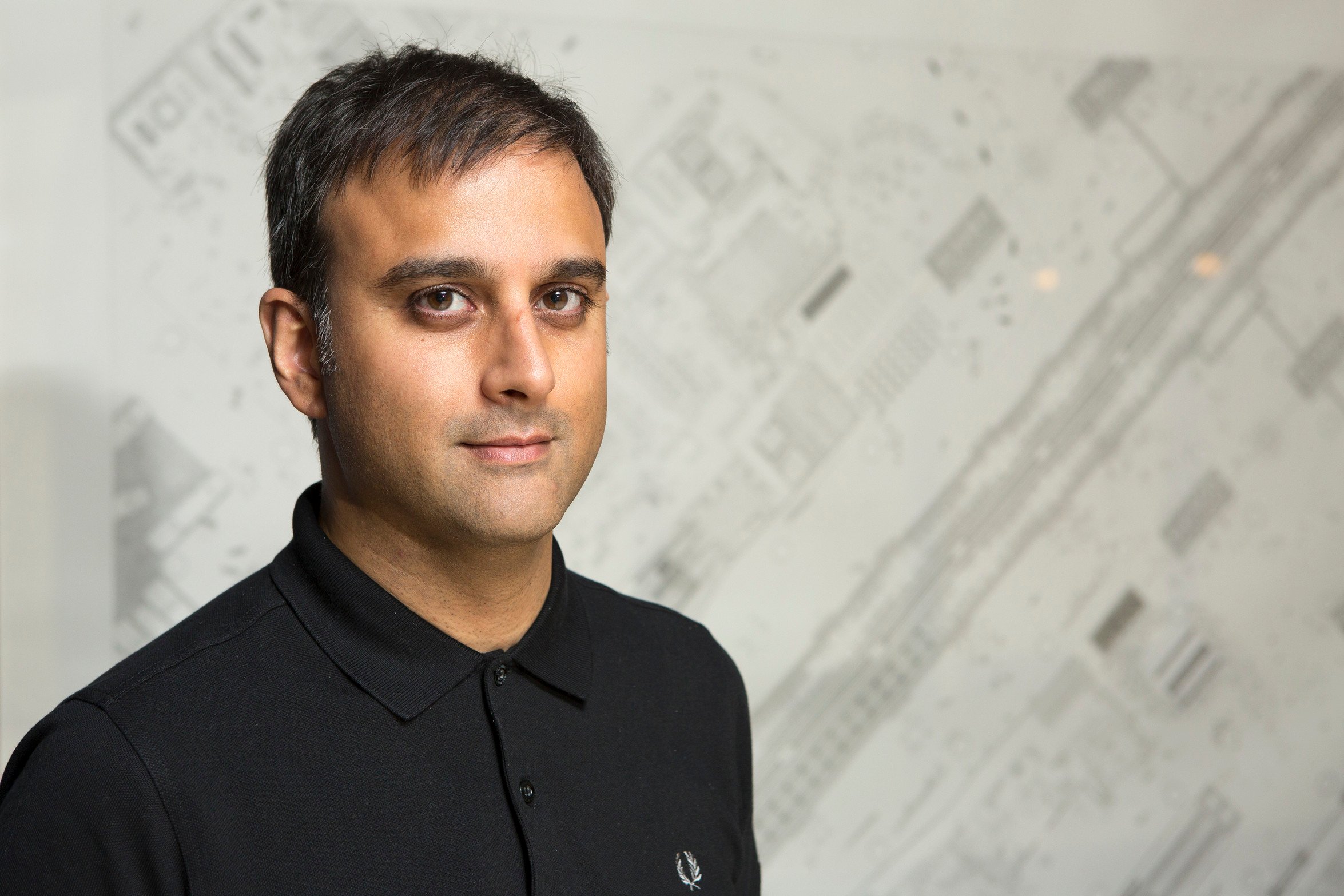 Talk to Raj Patel about this perspective

Talk to Raj Patel about this perspective

Raj Patel leads Arup’s global acoustics, audiovisual, and theatre consulting practice from New York. I spoke with him about growing up in London, post-punk influences, and the invisible art of acoustics.

You studied acoustics at university in college. Were you passionate about music as a kid?

I can’t remember the world without music. Both my parents liked to sing, and my dad really liked to whistle. They sang a lot of Indian music, mostly old film songs. My mom really liked disco. The radio was always on in our house. There was always a lot of music in my life.

In fact, my parents bought me a drum kit when I was three. I started playing the recorder around the age of seven, trumpet a couple of years after that, and I bought my first electric bass guitar at 14. I was playing classical music and learning theory, in a jazz band at school, as well as playing and singing in my first indie-alternative rock bands.

The post-punk music scene was vibrant in London during the 1980’s, and readily accessible via both radio and TV. I became really interested in post-punk and new wave, where electronic music tools were creating new opportunities for sound.

The two bands that really fired my imagination as a teenager were Bauhaus and The Smiths. They really expanded my thinking beyond just music.

How do you mean?

The interesting thing about both was that the imagery they used was very stark, they talked about their influences in interviews and there was plenty to follow up on in the library.

Bauhaus was named after an art school. When you open that book and start learning about Bauhaus as a movement, you realize it’s about art, it’s about architecture, it’s about integrated practice: how science and art and technology merged into the art of living and a human-centric design approach. 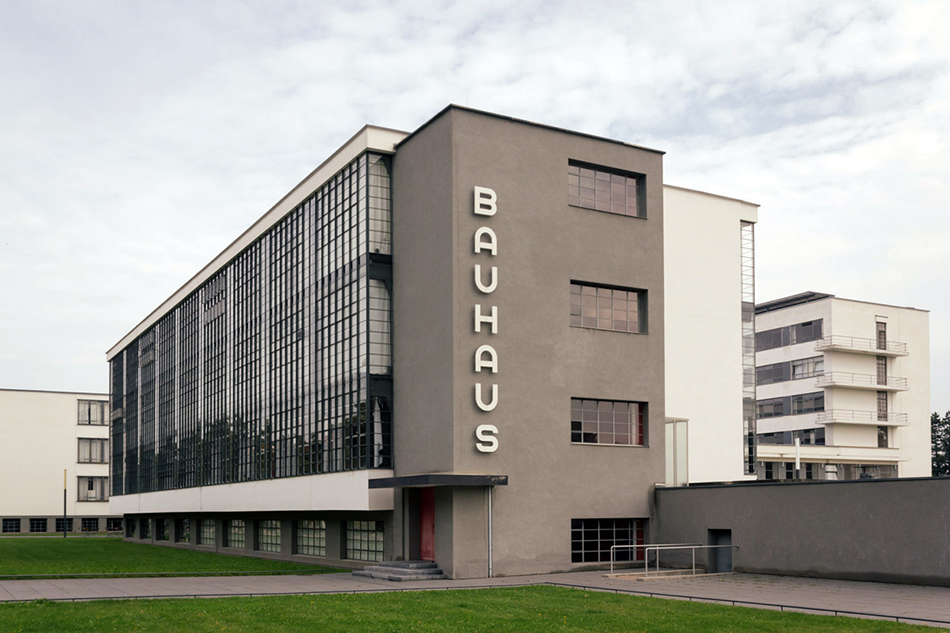 The Smiths used a lot of Warholian imagery, American imagery, and 50s & 60s British imagery on record covers. Together they took me to art, film, books and more music. It led to the Velvet Underground, La Monte Young, The New York Dolls, and noise music.

These bands really opened a whole new world for me — especially the art part, as I was never very good at drawing or painting. But seeing art that was more accessible, like the William Burroughs cut-up technique applied to words and pictures, made it something you could do, not just look at. Those influences and the can-do attitude of music of the period, opened a world of exploration and opportunity.

Can you elaborate on the connection between music, architecture, and design?

I remember vividly a quote from the Bauhaus guitarist, Daniel Ash, about how he was much more interested in the sounds things made than in music or being musical.

That made sense to me. I was always interested in the sound of spaces and objects. There was a long alley that led from the main street to the flats we lived in when I was young. It had a great sound when you whistled and made noise, and we always used to “play” it when walking home. It had a fabulous “ringing” tone which I later learned was technically known as a flutter echo.

I always liked architecture. When I was young, my dad used to take me and my brother for adventures on the Tube on Sundays, pointing things out as we walked through new neighborhoods. I remember Bankside and Battersea Power Stations particularly — I always thought they were beautiful buildings. There were a lot of postwar buildings that I liked, lots of brutalist concrete. Even the Penguin Pool at the London Zoo. It's funny to think about now because of its connection to Arup, but as a kid I thought it was stunning. 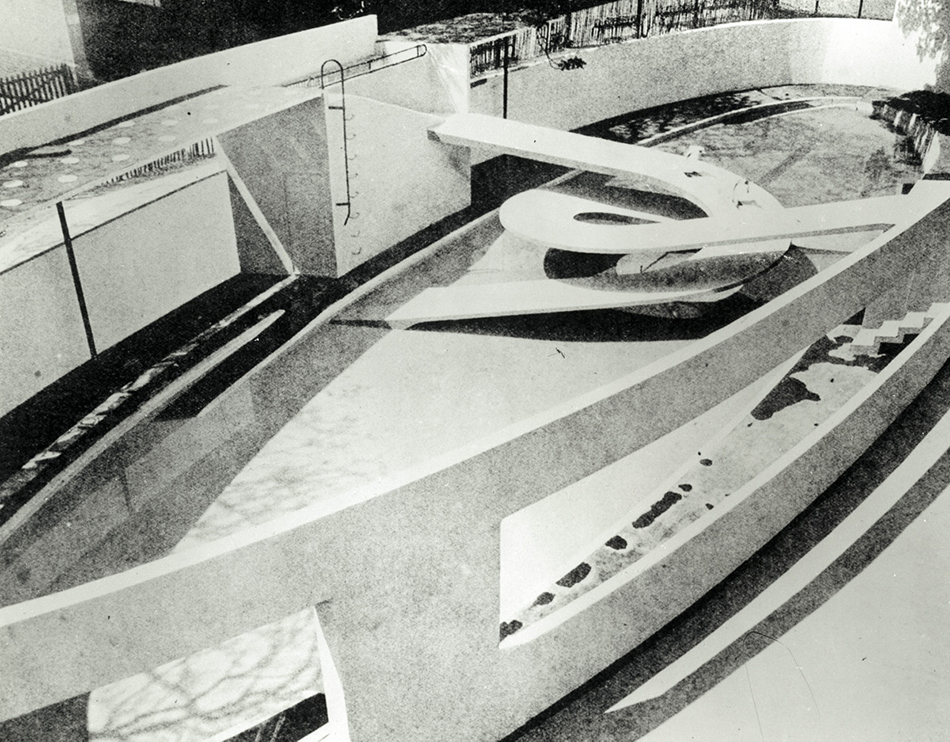 Somebody once described postwar London as being in black and white. You were taught about the war; you went to the battlefields in Europe with school; war movies were always on TV. It really felt that way until the late ’70s, early ’80s, when London suddenly became Technicolor. Music and immigration changed how London felt. First- and second-generation nonwhite immigrants were growing up and making big cities like London their own. DJs like Don Letts brought West Indian music to the punks, and it infused everything. So this idea of place, and the changing nature of cities, just naturally seeped into you.

At that point I couldn't imagine ever living anywhere other than London. To me, London was the quintessential cosmopolitan, multicultural, diverse, exciting city.

So you had this love of music and this appreciation for art and for architecture. It seems like Arup was an obvious fit?

It does, but the reality was much more random. One day I picked up a prospectus for the University of Southampton at random, and the first thing in the index was acoustics. Most teachers back then didn’t know acoustics existed as a career, so no one told me that the best way to merge my interests in math and physics with my love of music was through acoustics.

But that’s what I did. Arup was the place to work in acoustics at the time, but the one position in our graduating class was already taken by my classmate Joan Watson. But I got lucky. While I was working a temporary contract job after graduation, she asked me to do some independent work for a contractor on an Arup job, Glyndebourne Opera House. Off the back of that I got a full-time job offer. I started work on December 1, 1993. 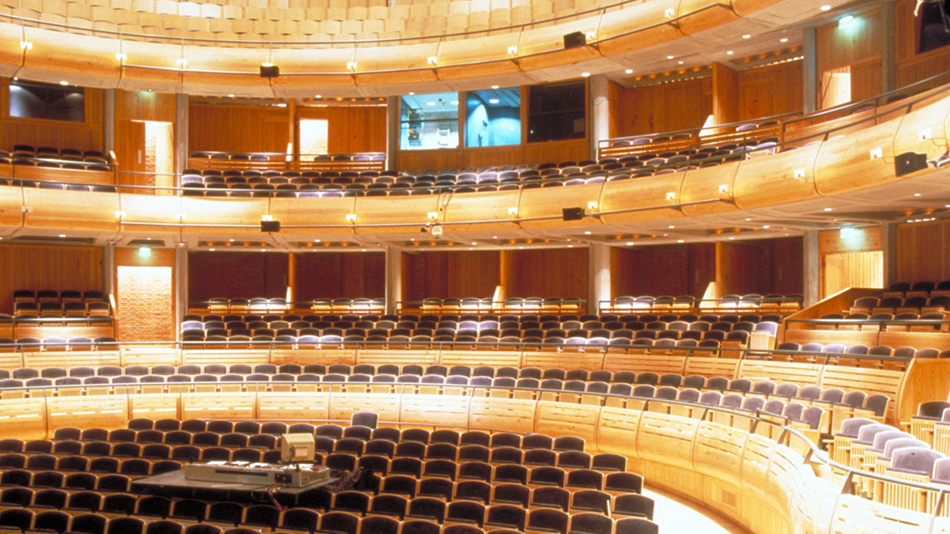 And the rest is history?

I was really privileged to be mentored early on by two people who were to be a big influence on me, Derek Sugden and Richard Cowell. Derek was one of Ove Arup’s earliest hires. He started as a structural engineer and later founded the acoustics team. He became interested in acoustics because his dad was a good whistler, and he remembered listening to the different sounds his whistling made when they went various places, which mirrored my own experience.

Derek taught us all how to communicate our ideas about sound to architects and designers in a way that made their work better. He was a bon-vivant-raconteur designer, full of great stories and experience, eager to share.

My other big influence at Arup was Richard Cowell. He was an architect first, then became an acoustician. He had interned in Mies van der Rohe’s office and shared my enthusiasm for Bauhaus. Like Derek, he was able to balance the art of design with the technical analysis and rigor required in complex acoustics and vibration projects.

Acoustics gives you a unique perspective on design, a human-centric perspective. You’re always thinking about how you want people to feel, what message you want to convey. For me that’s the essence of great design — and why good acoustics is the invisible art. When done well, it elevates your experience of space and place to a whole other level. Really everything about them both — their ability to blend their passions in sound and design, to look at design holistically — continues to inspire me.

Did they inspire to travel beyond the world of Arup in London as well?

There’s always opportunity in Arup to travel. I did my first short term assignment in Hong Kong around 1994 and after that I spent time in Australia in a new, developing acoustics team and then LA in a more established group. On the way home from LA in 1996 I came to New York and that was a big turning point because, as I’d said, I'd always been really into lots of music that came from New York - The Velvet Underground and the New York Dolls, and of course because I was a trumpet player, the jazz culture.

I fell in love with New York. I ended up returning to London and staying because two really important projects began in the UK that I wanted to finish. One was the refurbishment of Snape Maltings, the original project that kicked off the formation of the Acoustics AV and Theatre team. I was working on that with Derek and Richard, and that was important to me. The other was the Sage Gateshead, anew concert hall and music school in Newcastle upon Tyne. I came back to New York in 2001 and I basically haven't left.

Back then the Arup New York office was growing, there was a strong buildings presence here, and it was just the right conditions at the right time for pushing boundaries a bit. That's how we developed the Soundlab – we just took a risk to do some different and developed the initial design. It was a guerrilla effort, we took over a corner of the office and we just made it happen. Everybody said, "This is brilliant. What happens next?" And that attitude has continued here. That was a vibrant time, lots of people saw what we were doing and wanted to join us; not only from the Arup world but also externally. So, we developed a culture that was about creativity, design and innovation and I think that's the thing about being in New York – there’s always opportunity. There are clients who are willing to support you and if they like your ideas and they like your enthusiasm together you create this culture of, "Okay, let's go for it and see what happens."

An expert on climate modeling and wind engineering, Melissa Burton discusses natural disasters, the strong motivation of place, and how to approach engineering as both a business and an art.