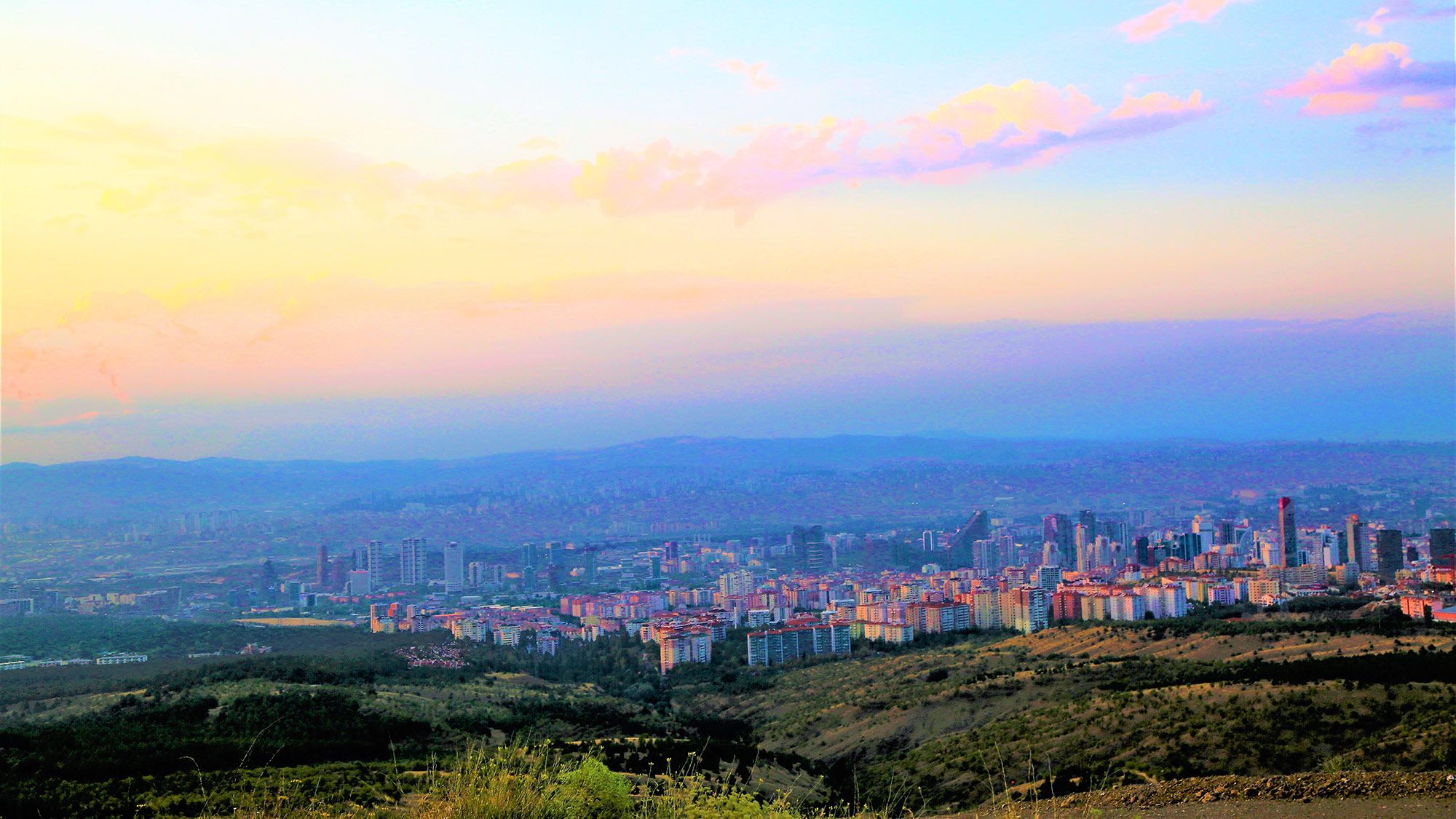 Talk to Aysegul Gogus about this perspective 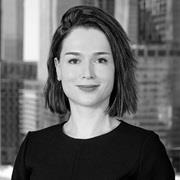 Talk to Aysegul Gogus about this perspective

Growing up, did you know you wanted to become a structural engineer?

Actually, I really wanted to become a tennis player. I love playing tennis, and I still try to play when I can, but there came a time when I needed to either choose going away to camps, training all day to make the national team, or going to school. Ultimately, I decided my parents wouldn’t be too keen on my giving up school.

As far as becoming an engineer, for me math and physics always just made sense. When it came to classes like geography or history, I didn’t enjoy memorizing things and would wait to study until the very last minute. So, I knew from the very beginning I would do better in engineering than other social sciences. Then in 1999 summer, right before I started high school, Izmit, Turkey (about 200 miles from my hometown), experienced a devastating earthquake. I remember waking up the next day to frantic neighbors and my mom, who is a doctor, getting an early call from the hospital asking everyone to come in because there were so many people who were injured and needed help.

For the next few months, the news primarily showed collapsed buildings and all the families and people who were displaced. That had a huge psychological impact on me. It just didn’t make sense to me that you could see one building completely collapsed and the one next to it still standing. I decided that if I became a structural engineer and studied seismic engineering, I could commit myself to designing buildings that would resist these disasters. 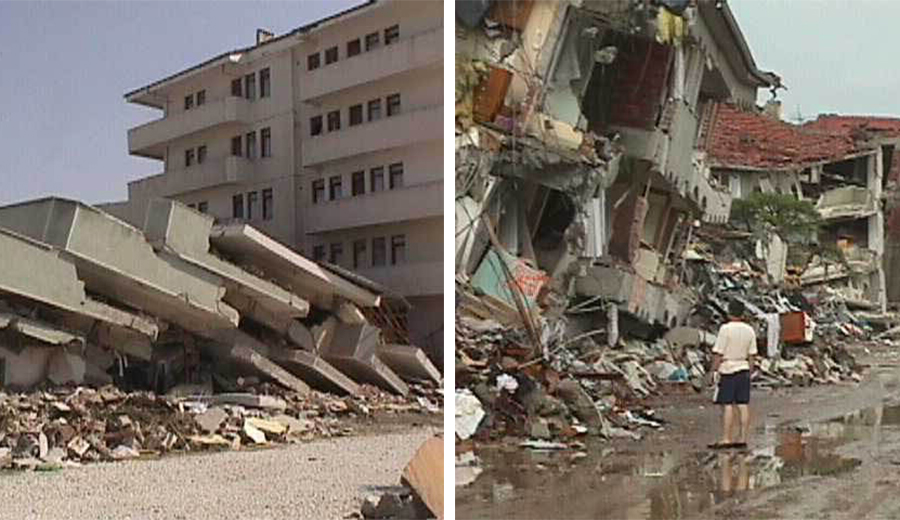 Destruction in Izmit, Turkey, in the wake of the 1999 earthquake.

You’ve fulfilled that aspiration, haven’t you? Specifically, you’re now the project manager for the new Başakşehir Pine and Sakura City Hospital in Istanbul?

Yes, I’ve been very lucky to follow that teenage dream to reality, especially on a project like Başakşehir. In Turkey, fault lines are distributed all around the major cities, producing devastating earthquakes like the one in 1999, where you have more than 20,000 deaths and widespread destruction. To lessen the impact of these events, the government introduced new regulations to make essential buildings, like hospitals, safer through base isolation, a structural system in which there is separation between the structure and the shaking ground.

It’s also very close to my hometown, so it was a really special and personally inspirational job for me, to be able to provide that value to that community.

1 of 3 The Başakşehir Pine and Sakura City Hospital. Images courtesy of Rönesans Holding.

In addition to finding fulfillment through your work, where do you draw inspiration from?

What comes to mind immediately is my mom and my grandfather. Like my mom, my grandfather was a doctor. Both of them earned every achievement through hard work, putting in effort, using their willpower and dedication to get where they wanted to go.

My grandfather grew up in an economically challenging era following the [Turkish] War of Independence. His high school years also coincided with World War II and the further economic challenges it brought to the country. I was told, back in these times, he used to study for college by candlelight. He then became the first medical doctor in his hometown. And then as his business grew, he worked until he was nearly 85 years old. We sadly lost him a couple of years ago, but that story just always really touches my heart in terms of what it means to work toward something you're passionate about.

In terms of design, I had recently started thinking about how tech companies and product designers are becoming more and more popular, with engineering flagging a bit. But in thinking through the COVID-19 pandemic, it’s occurred to me that we all live our lives in buildings. Buildings — whether they’re commercial, residential, cultural — they’re essential. Especially right now, we’re spending all our time indoors and relying heavily on our essential facilities, like hospitals. So, our job as structural engineers is still just as essential as some of the flashier careers around nowadays. Reminding myself of that drives me forward every day.

You’re part of a lot of academic research and collaboration. What trends or ideas are top of mind for you?

Since I started working, I noticed a big gap between academic research and industry work. There's so much research going on in academia, but often that time, effort, and brain power isn’t being put toward something that could help the industry on a daily basis. I'm trying to help bridge that gap by being involved in research and providing insight into what is most useful for those of us in the engineering workforce.

For example, starting in 2014, the Wall Institute brought together around 40 to 50 well-known collaborators from around the world to conduct a comparative study on how various software used in the modeling and analysis of concrete shear walls performs against laboratory test results of concrete shear wall specimens. Most of the participating software programs were widely used in academia and not as much in the industry.

Arup participated in the study with a software called LS-DYNA, which was originally developed for the automobile industry (crashing cars and stuff like that). We are one of the first structural engineering teams using it in building design. Due to the fact that it is not a commonly used software in the structural design industry, peer reviewers have often been hesitant to work with or approve the software. 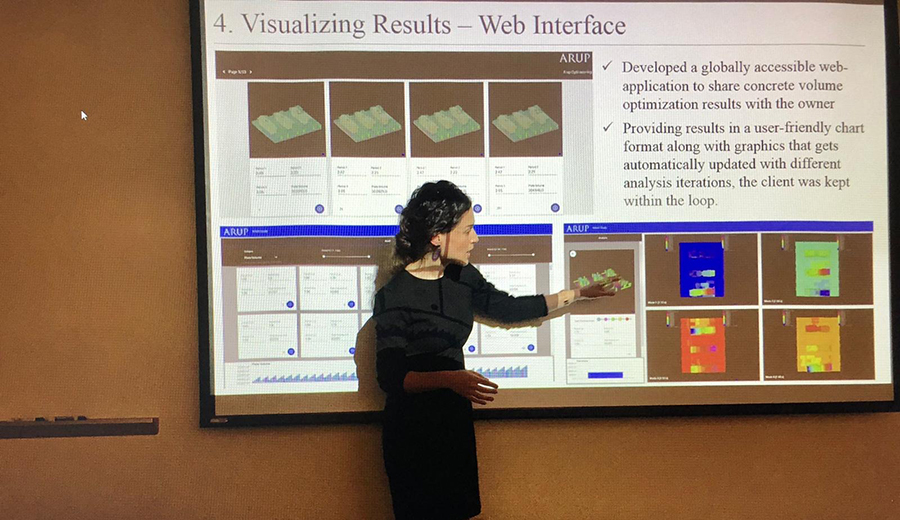 Aysegul guest lecturing at the University of Southern California.

So, I thought this collaboration with Wall Institute could be the perfect chance to validate that software and prove that it can predict how a reinforced concrete wall behaves in real life. After months of research — modeling the walls, running the analyses, and post-processing the results — we could demonstrate that despite some variation in results through all the participating software, LS-DYNA is able to predict the test results as reasonably as the other participating software. Eventually we published a paper in Engineering Structures, a well-respected journal, and that became the first published validation of the concrete material model we use in LS-DYNA.

This type of practical crossover research is immensely valuable to us as we work on projects, and to the industry and academia as well. It's further proof that it just takes a bit of effort and determination to get the results you want. And, even though it may sound straightforward and practical rather than inspirational, identifying and solving for these real-world needs is where my passion lies and always has.

Starchitects aside, we hear little about the individuals whose cumulative decisions shape the built environment. Cierine Nicolas, who leads our Chicago office, spoke with Kelsey Eichhorn about her paths from premed to electrical engineering to Silicon Valley, parenting as the ultimate form of leadership, and connecting the dots through a multifaceted career.

An expert on climate modeling and wind engineering, Melissa Burton discusses natural disasters, the strong motivation of place, and how to approach engineering as both a business and an art.