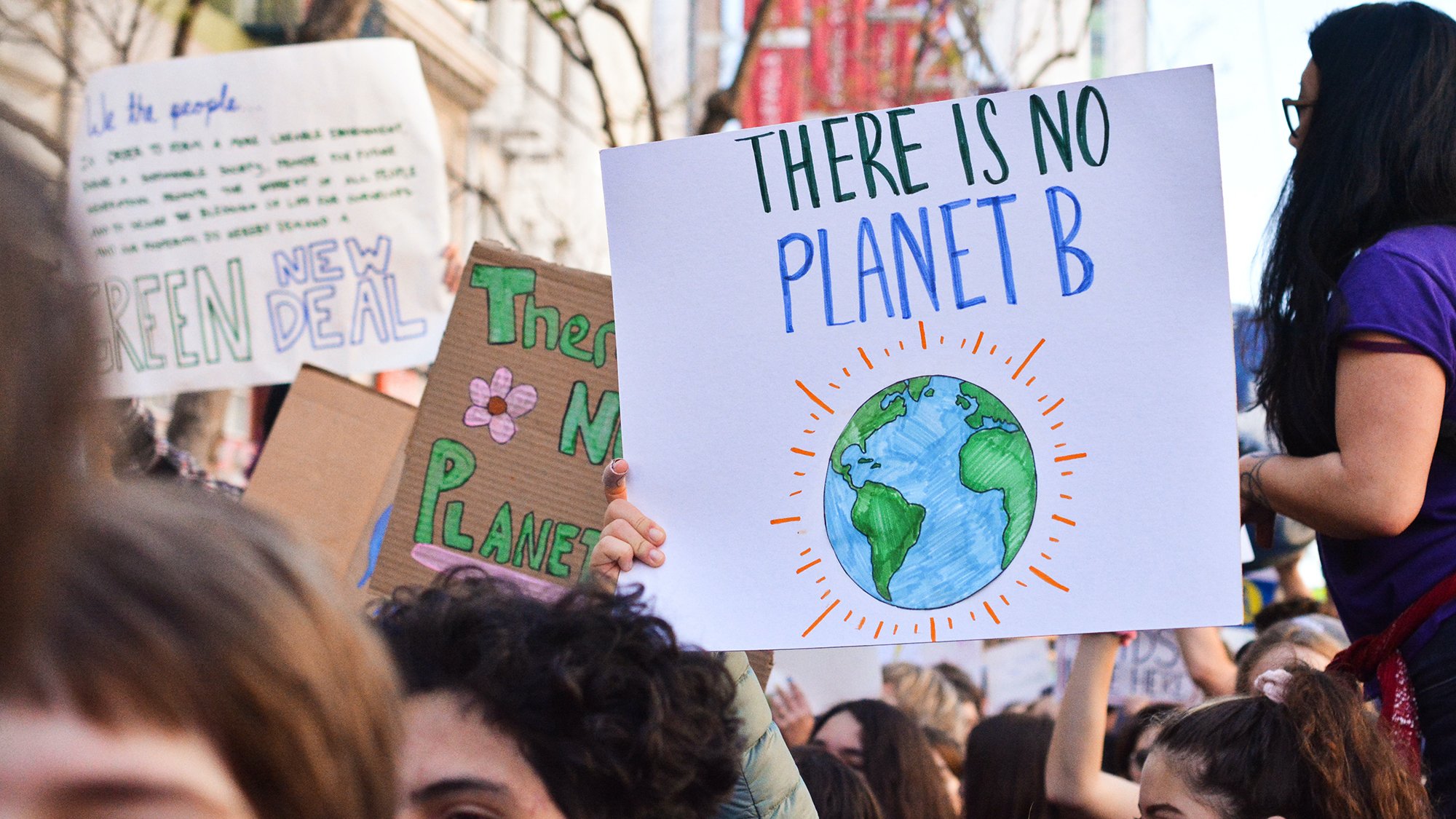 Given your role as Climate Services Leader for Arup in the Americas region, and acknowledging the enormity of the climate crisis, the only fitting place to start seems to be asking: what do climate services mean to you?

I first and foremost think of people and how they need to face the impacts of climate change. It helps center me because the work that we're doing is challenging, right? We're empowering change. We’re working with clients to achieve outcomes for them and for broader social change.

The common thread though all the climate work I’ve done are the people I’ve worked closely with to understand what climate change means to them and to provide solutions that are not only intentional but meaningful.

During my post doc at the University of East Anglia in the UK, there was a flood in Towyn in North Wales when a protective sea wall broke. This was very early in the climate change debate, and the community members weren't aware they lived in a flood risk area — even before adding climate change-driven sea-level-rise risks. I went to do field work and speak about climate change risk, and I used the metaphor that every year you roll a hundred-sided dice, but over time the number of sides decreases and that was how you could understand the changing risks associated with climate change.

At the end of the talk, an older gentleman approached me. He was a WWII veteran, walking with the support of canes and dressed for the occasion in his smartest clothes. He told me his story of the flood: how when he was evacuated from his house, he was physically picked up and thrown into the back of a truck. And he had tears in his eyes as he said that it was one of the most demeaning things that had ever happened to him. I can still see his face as he thanked me, saying that my explanation was the clearest anyone had ever explained climate change risk to him, but, despite that, if the flood were to happen again, he would rather risk death than repeat that humiliating experience.

I am first and foremost trained as a scientist and, until that moment, I hadn’t fully realized that science and technical knowledge can only get you so far. Fundamentally, these issues of climate change are human issues. To do this work well, we have to understand how these challenges affect communities, through real lived experiences. We must broaden our perspective beyond technical climate services.

"I went to do field work and speak about climate change risk, and I used the metaphor that every year you roll a hundred-sided dice, but over time the number of sides decreases and that was how you could understand the changing risks associated with climate change."

How do we do that, and do it quickly? As we know, time is running out.

To make sense of a challenge of this scale and to enable real action, you need a pathway of change. There’s technical expertise that is needed to create that pathway, but the key is collaboration — again, to approach this as a human challenge and to tackle it without ego. I’m lucky because I learned early on what skill set I could bring to this challenge. During my graduate degree, I had the privilege to work with the British environmentalist Prof. Tim O'Riordan, and he introduced me to the idea of the plain of knowledge, which says that one’s expertise can be either narrow and deep or broad and shallow. I’ve taken pride in broadening out beyond my technical expertise because it has allowed me to be a convener, to bring all the best voices to the table and to work with them to find shared solutions to the challenge in front of us.

So, for me the next step, the way to amplify and effect my skill set, is by joining Arup to support and learn from people who are not only passionate about the addressing the climate crisis but have the technical capability and the wherewithal to turn conversations into action. 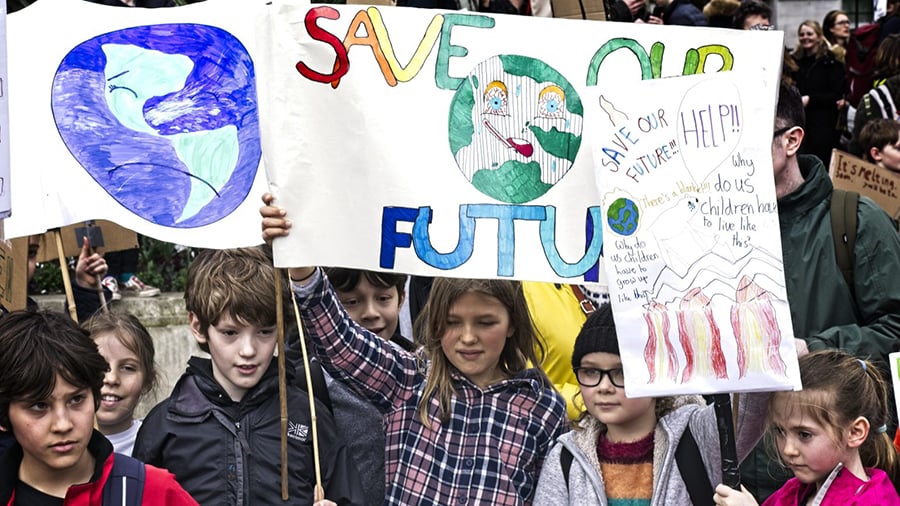 "The time is right to make bigger changes and I believe part of that is to enable younger generations." - Robert Kay

How have you cultivated that skill set — the ability to be the person that brings the voices together or who connects the dots on ideas — throughout your life?

Well, my primary way of learning is by creating, often by writing or speaking. It’s just the way my mind works. If I want to really understand something, I have to not just learn about it but interact with it in my own way. I've even written a couple of textbooks in my time, and when the internet first took off, I was an early adopter, setting up the website coastalmanagement.com that I curated to simply provide links to all of the work anywhere in the world that we were doing. So, it was a way to collect all of that information, make sense of it myself, and then share it back out with the world to help bring others into the conversation. And on top of that, I was learning a new technology through the process.

I did the same thing with Twitter when social media started to become a big thing, although it was another motivator beyond the learning process; I wanted to make sure that I was being really impactful in my position as a leader in climate action. I remember when I was working in government in Australia, and we were trying to do something quite innovative, but it wasn't working. My mentor at the time took me aside and said, “Rob, the best leader is one that is sort of just a half-step in front of others, who meets them where they are and helps them become leaders as well without them realizing it.” With Twitter, I started out following friends, but I realized quickly that there was this whole generation of activists and young leaders using these types of platforms to lead in a revolutionary way, by not just inviting but demanding action and leadership from others rather than staying in that safe space of a half-step ahead.

The time is right to make bigger changes and I believe part of that is to enable younger generations. There’s a lot we can learn from each other, and I’m eager to help facilitate that dialogue and collaborate on that pathway to change. 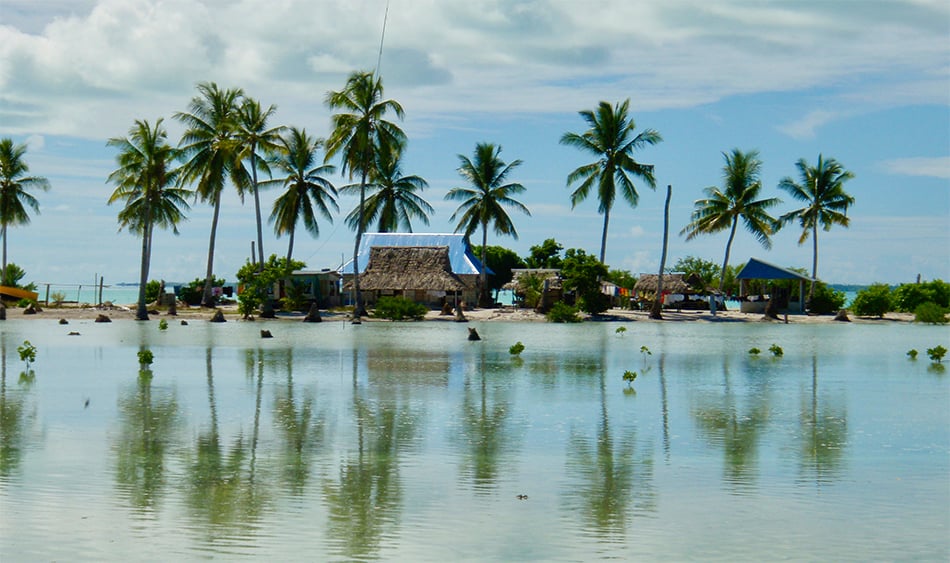 It sounds like the ideas and stories of younger generations have really kept you motivated in what is a very technically and emotionally challenge industry. Are there any inspirational stories in particular that stand out?

Absolutely. In 2009/2010 I was running my own firm and I had a contract with the World Bank to conduct a technical climate change impact assessment for Kiribati, which is one of the extremely low-lying atoll countries in the South Pacific. As part of the work, I designed a training and empowerment process. This was in the lead up to the United Nations Climate Change Conference in Copenhagen, so I advocated for a large delegation to go and tell the island’s story — to explain the real human impact of climate change — to the world. The Kiribati people are gentle and quiet speaking, but their message is powerful, and I said they deserved to be heard.

At Copenhagen, I was in the negotiation room working alongside the Kiribati delegates and didn’t get a chance to go hear other Kiribati delegates speak at their side events. It was an intense time, and ultimately, a lot of us in climate work felt like Copenhagen wasn’t the turning point we had hoped for. A few weeks later, I was back in Kiribati and one of the youth delegates asked if I had time to talk, so I made us some tea. She started telling me about a youth delegate formal event back in Copenhagen, with thousands of people who were passionate and well-spoken and intimidating. As the event was coming to an end, she remembered what I had said and decided she wanted her voice to be heard, so she started to tell her story in her own way. At the end, she got a standing ovation and was brought up on stage. Not only had she found her voice, but we were right. Her message was powerful.

That was probably the proudest moment of my work, helping her to feel empowered. I'm a consultant and a climate expert, so often I get hired to work with those who are at greatest at risk. It can be difficult emotionally, but when you focus on the human aspect of these challenges, two things happen. First, you see that the things that might have seemed a failure at first almost always have a success story, no matter how small. And second, you realize that no matter how daunting the challenge, you can always keep moving forward.

Starchitects aside, we hear little about the individuals whose cumulative decisions shape the built environment. To peer behind the curtain of today’s design field, we’re asking engineers, architects, policymakers, and others about their personal experiences and opinions.