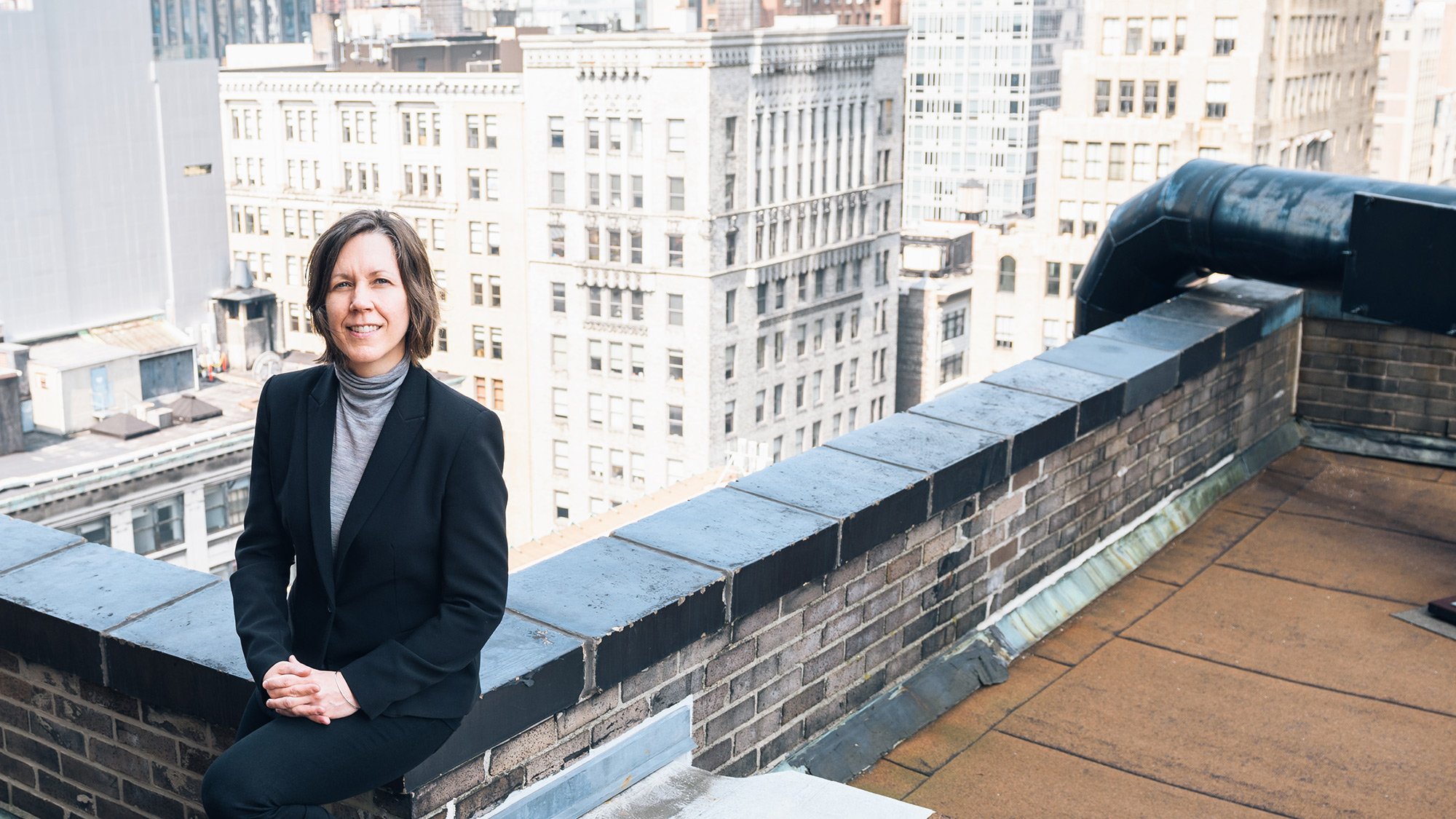 Talk to Melissa Burton about this perspective 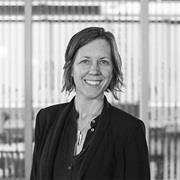 Talk to Melissa Burton about this perspective

After five years in our London office and another two in New York City, Melissa Burton recently moved to Canada to lead the consulting practice in our Toronto office. An expert on climate modeling and wind engineering, she spoke with Kelsey Eichhorn about natural disasters, the strong motivation of place, and how to approach engineering as both a business and an art.

In some ways, it dates back to when I was seven or eight years old. A tornado came through my hometown and leveled my elementary school — luckily it was after 4pm and the school was empty. While I wouldn’t say this set me on the path to being a wind engineer, because I’m sure I didn’t even have the concept of what that was at the time, it definitely established an awareness in me of the power that elements have on our world. After that, I was fascinated with large-scale fires, storms, all kinds of natural disasters, so maybe it’s not a surprise that I moved into the world of wind.

In a more literal sense, I became a wind engineer after discovering a propensity for math, science, and building with Lego, which I imagine is a common narrative for many engineers. I graduated with a degree in mechanical engineering, but I wasn’t quite ready to enter the traditional workforce, and like many young people, I had a curiosity and desire to travel, so I took off to South Korea to teach English.

You’ve lived in a lot of places since that first big move — it sounds like instead of satisfying your travel craving you’ve just fueled it more?

Absolutely, but in a different way as my career progresses. I loved South Korea, but I figured out fairly quickly that travel was still calling me. So, I went on the road through Southeast Asia. I had a good friend working at a university in Hong Kong, and when I visited I met the people he was working with, one of whom eventually became my biggest mentor in the field of wind engineering. I was accepted as a research associate, which led to my master’s and eventually converted to my PhD. 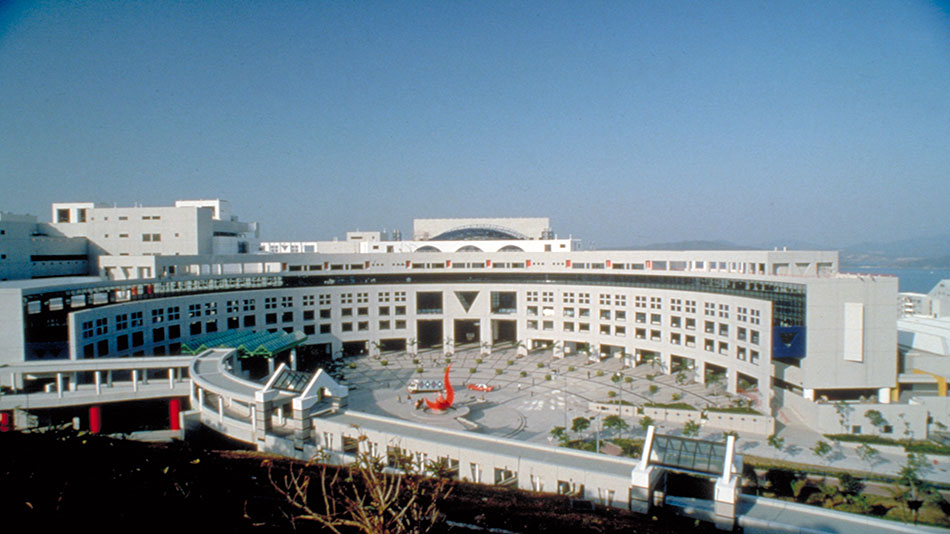 We were working in the CLP Power Wind/Wave Tunnel Facility at the Hong Kong University of Science and Technology. My work involved the development of a motion simulator: building it from the ground up and studying how motion in tall buildings affects the people who work and live in those environments. It was fate that I both wanted to be in Hong Kong at that time and that I could work on what interested me — at the intersection between that which we build and the human aspect.

Since then I’ve been lucky enough to travel to and live in a lot of places, including London, New York, and now Canada.

Some of that travel has been associated with work, and some is still just that curiosity and love of different cultures, which I think is really important, no matter what your profession. During my time at Arup in London, I took a long leave of absence and traveled through South America with my sister. She and I have also been through the southern part of Africa and Central America together. There’s a lot to see — the world is so big.

Have you done a lot of traveling within North America?

The United States is so unique. Topographically from the Northeast down to Georgia, across to Utah, and north into the Canadian territories, you’ll see places that are dramatically different. After I graduated from university, my friends and I took a couple of months driving across the US to a music festival outside of Los Angeles. The festival was great, but half the fun was the trip. We ended up weaving across the country, across the Plains, over the Rockies, and ultimately being stuck in Iowa City for a couple of weeks when the transmission in our van blew up — which was an adventure in itself, honestly!

Do you remember the lineup at the music festival?

Kruder & Dorfmeister and Roni Size — actually, one of my side lives is electronic music. When I was in Hong Kong, I worked for a music company, so in addition to being a wind specialist, I hosted both small and big parties to promote artists or new music. I also had an electronic review column in an online magazine. Then, when I moved to London, a couple of my friends and I set up a label where we were making our own music, playing at venues, and throwing parties. Totally different worlds, but I just have a real passion for the music!

I guess with wind engineering, travel, and music, you could say I have several varied interests. I should also add art to this list. My partner’s an artist, a landscape painter, which does kind of mean maybe I’m not as into art as other people in my life, but it’s still really important to me. My partner produced a famous series of the Italian trees, which you can find in banks in London — though I think she, and many artists, would say they’re not that interested in the commercial side or selling to the masses, but more in creating things they want to create.

Would you say you take a business-first or creativity-first approach to your work?

I’d say I’m very business focused. I think if I’ve done something well, and it’s valuable and palatable, then let’s keep doing it. Despite my own proclivities, though, I do think we can take a page from artists. There is so much more subjectivity and creativity, breaking away from just saying, “This is the way it is.” Artists are constantly adapting. They take their techniques, what they’ve developed and learned, and build from there.

There’s several projects throughout my career where I’ve been fortunate enough to work with a team that embraced that kind of creativity and adaptability, and it really made a huge impact on the quality of the work that we did. The London Aquatics Centre, Paramount Tower in Miami, and Goldin Finance 117 in Tianjin are three that immediately come to mind, not to mention numerous towers in San Francisco.

I think that as engineers we can learn a lot from the artistic approach, especially with the challenges facing the world today. The future is going to look very different from the past. And I think that is part of what drives me to do my job every day: that I can influence change and be part of the solution.

Principal and Arup Fellow Alisdair McGregor from our San Francisco office speaks about energy, building codes, and trying to get a recording contract.