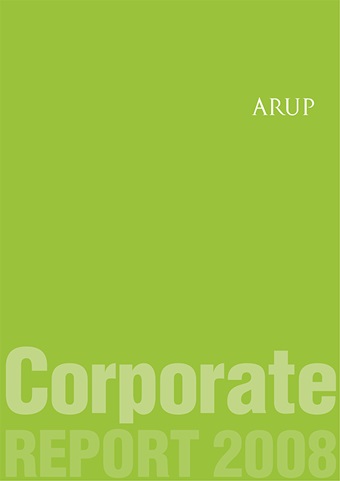 In 2008 we grew revenue by 27% and were proud to see our work on show at the Beijing Olympics.

2008 was also a challenging year. The world around us has changed, and continues to change, rapidly. In an increasingly uncertain world, Arup is increasingly certain about its responsibility as planners, designers, engineers and managers of the built environment.