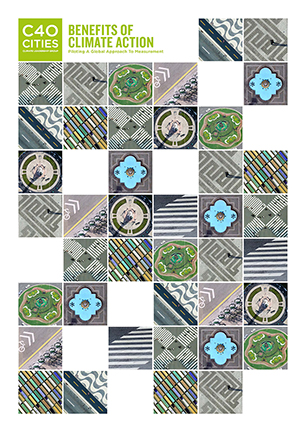 Better Decisions is the first output of a pilot study led by the C40 Cities Climate Leadership Group, funded by Novo Nordisk and undertaken by Arup.

It comprises an in-depth exploration of approaches to measuring the benefits of climate action across multiple domains – including social, economic, financial and environmental.

Earlier work by C40 and Arup found that one of the greatest challenges preventing cities from accelerating and expanding their action on climate change is a difficulty in articulating a persuasive case for investment. Yet climate actions frequently respond to many other city priorities, from economic growth and job creation, to improved health outcomes.

Better Decisions seeks to develop a simple and replicable methodology by which C40 cities can measure and communicate the wide-ranging benefits of climate actions.

This first report focuses on the benefits of three climate actions currently underway in Mexico City – the development of cycle lanes; establishment of a bike share programme; and the designation of pedestrian zones. By combining the city’s own data with benchmarks from other cities, it is possible to build a comprehensive picture of benefits. Key findings include:

The study shows that data collection and management in cities could be significantly enhanced to facilitate more accurate measurement of benefits related to specific projects and programmes, but valuable insights can be gained through benchmarking. The study calls for cities, private businesses and researchers to share data to create a stronger evidence base for the benefits of climate action.