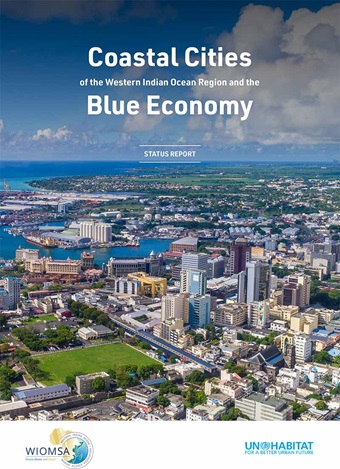 Coastal cities and the blue economy

According to estimates by the Global Ocean Commission, ocean resources contribute to the livelihoods of 350 million people. However, climate change, pollution and insufficient consideration for environmental and social sustainability are putting the ocean’s resources at risk, hampering the socio-economic benefits that the ocean could deliver for future generations.

The term ‘blue economy’ seeks to promote economic growth, responsible production and consumption, social inclusion, and the preservation or improvement of livelihoods from ocean resources, while at the same time ensuring environmental sustainability of oceans, coastal areas, and other waterfront spaces.

It is intended that this body of research will help city stakeholders in the Western Indian Ocean region and elsewhere, to develop blue economy strategies and action plans which can effectively balance environmental, social, and economic priorities, for current and future generations.