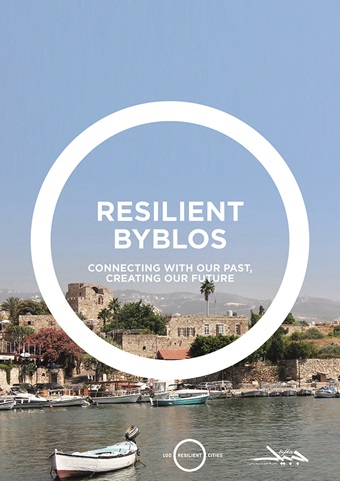 Byblos, Lebanon is one of the oldest inhabited cities in the world, and is part of the first cohort of cities to join the 100 Resilient Cities network (100RC) – pioneered by the Rockefeller Foundation.

‘Resilient Byblos’ introduces Byblos Municipality’s resilience strategy. It is the first comprehensive strategy that the city has developed in its history and the first resilience strategy to be released in the Middle East as part of 100RC.As the 100RC Strategy Partner to Byblos, Arup provided technical guidance to Tony Sfeir, the Chief Resilience Officer (CRO), and supported him in identifying shocks and stresses, existing resilience building city actions, and developing a broader understanding of resilience within the city. This has underpinned the goals and resilience building actions the city has set itself for the future.

Byblos’ journey to resilience has also been informed by a programme of stakeholder engagement with government organisations, businesses and civil societies.The City Resilience Framework (CRF) was used as the basis to map and shape the city’s resilience.

The CRF was developed in partnership between Arup and The Rockefeller Foundation and has been adopted by 100RC. Byblos is the second of 11 city strategies that Arup is currently supporting as Strategy Partner; others include Vejle, Bristol and Glasgow.

This 7000 years old city is one of the oldest continuously inhabited cities in the world and is home to a UNESCO World Heritage site. Byblos today is a testament that civilizations throughout the past 7000 years were thinking early on of resilience.

The strategy introduces a series of comprehensive goals and actions for building resilience in Byblos that respond to the physical, environmental, economic, societal and political challenges facing the city. Byblos aims to become a connected and accessible city, a resource efficient city, a peaceful city, a cultural city and a thriving city.