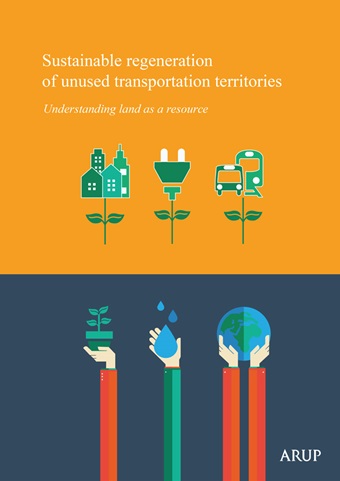 "Sustainable Regeneration of unused transportation territories" proposes a roadmap focusing on the European region. We use the information from the built environment to help define the importance of brownfield sites for new developments in cities, helping answer the challenges raised.

Urban growth became a significant issue in 20th century. It is estimated that over 50% of the world’s population now lives in urban areas and that this will rise to 70% by 2050. This is a tremendous change which will have an impact both on the millions of people that move and on the cities that they move into. Such a change provides urban planners and developers with a challenge.

Climate change, depletion of natural resources, land use change etc. will influence our world in a number of ways, including economic, environment and social impact. A major contribution to sustainable climate change adaptation and conservation of natural resources are in the area of remedy the use of the built environment and existing infrastructure.

Regenerating and adaptive reuse are the most significant resources for sustainable urban development, especially for the unused transportation areas which becomes brownfields.