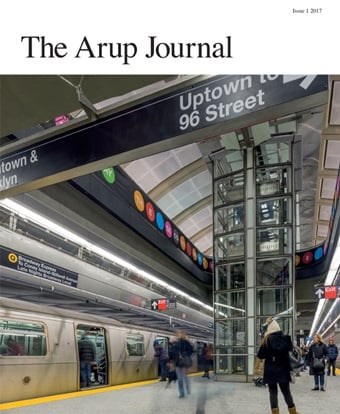 Also in this issue, read how we’ve been working on new gallery space at San Francisco Museum of Modern Art, with its sparkling façade which is sure to become a new landmark in the city; an elegant cathedral in Kenya’s seismic Rift Valley, and a versatile concert hall in Poland that forms part of a regional economic growth strategy.

Pictured on the front cover is one of the four stations now open on Second Avenue Subway: a line that was first suggested in the 1920s, but took many years to bring to fruition. Read the full story in the magazine.