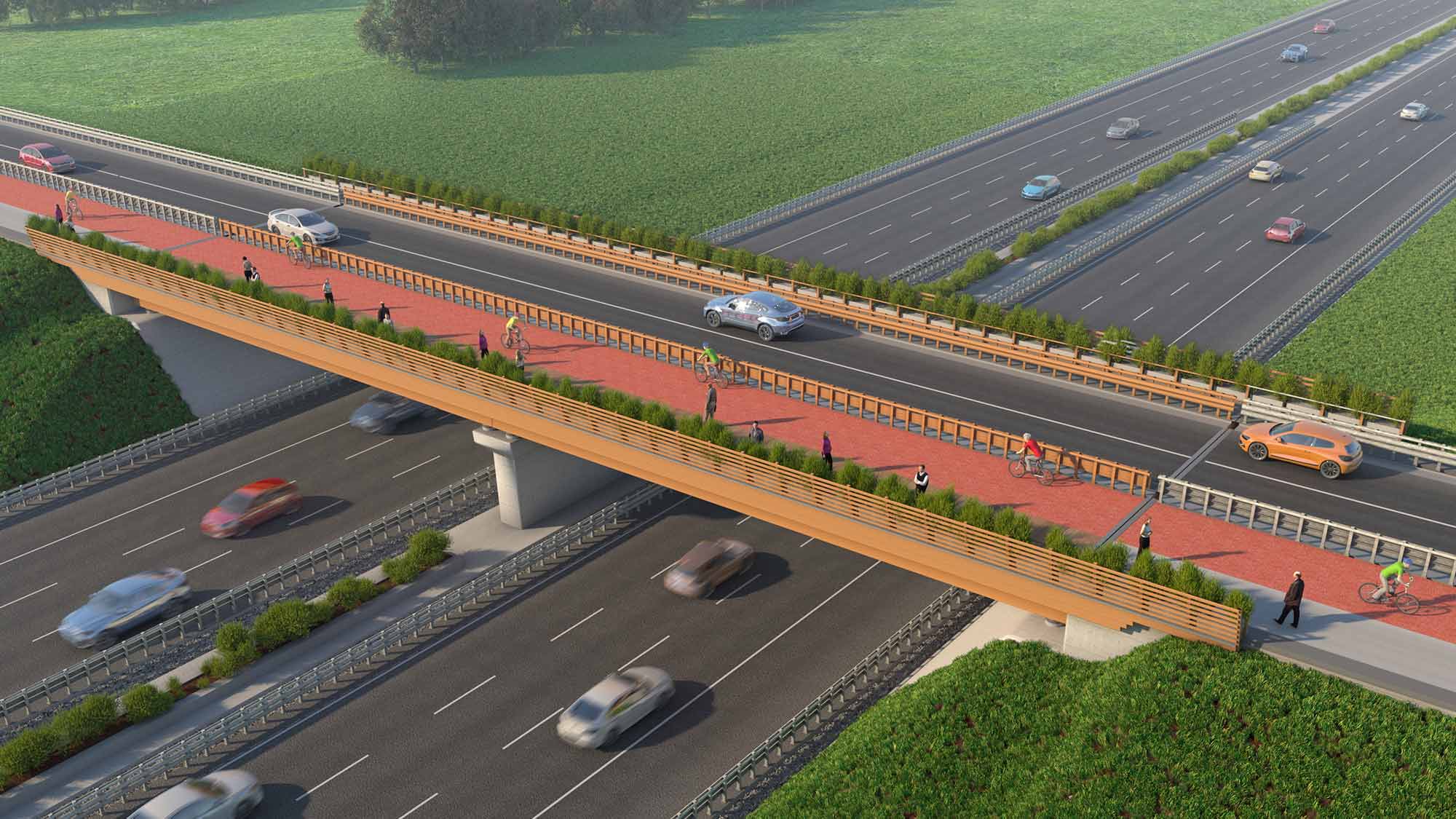 Talk to Edwin Thie about this perspective 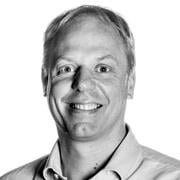 Talk to Edwin Thie about this perspective

The goal of reducing carbon emissions presents different challenges to each part of a nation’s infrastructure. In the highways sector, where the raw materials involved in roads, motorways, bridges and tunnels are all traditionally emissions intensive; the challenge is particularly difficult – both for new provision and maintenance of existing structures and routes. It’s definitely a time to explore new and unfamiliar ideas.

Given the sheer scale of a typical national highway agency’s stock of roads and structures to operate and maintain – in the Netherlands, around 4,000 bridges are in use – and the amount of resources this work requires each year, even small interventions could potentially scale to produce significant benefits.

Here at Arup, working in a partnership with Heijmans and Schaffitzel, we’ve been looking at the potential uses of mass timber in road bridge structures, inspired by a call for circular economy innovations from Rijkswaterstaat, the Dutch highways and waterways agency. The idea was to find ways to move away from ‘take-make-waste’ model in the road bridge context and meet its 2030 emissions reduction goals. Away from ‘take-make-waste’ model, our Bridges of Laminated Timber (BoLT) design concept offers a way for infrastructure owners and operators to move towards 2030 emissions reduction goals

There were some constraints at the start. We knew that long span road bridges still have to rely on steel and concrete. But bridges with spans up to 25 metres typically makeup about 50% of the highway crossings in a country’s road network – and in this context timber becomes a viable alternative.

Across Europe and North America, thousands of these road bridges are in need of significant structural maintenance every year, having been built perhaps four, five or even six decades ago. Over half of the highway bridges in the Netherlands are 40+ years old, for example, and this is similar for assets in the U.S., according to the Infrastructure Report Card 2017. These bridges are coming under strain as they take on much heavier and intense traffic loads than originally designed for. In parallel, continuing urbanisation and increasing prosperity is leading to the construction of brand new transport infrastructure and the issue of embedded carbon in these structures is an ever-growing problem. It’s clear that alternative materials are required and using timber in new infrastructure construction will reduce embedded carbon now, which is preferable to reusing material in the future.

The advantages of timber as a building material are well-known: plentiful in supply, cost-effective and able to absorb CO2 from the atmosphere. When correctly designed it can last for 100 years and be swapped out at the end of its useful life in a bridge to be reused in another context.

Due to its lightweight nature, a bridge’s superstructure can be replaced by timber while retaining the substructures. A major question is of course timber’s relationship with water – any material in a road bridge needs to retain its strength and remain resistant to the long-term effects of the weather. Protecting the timber from direct contact with water is key to avoid fungal attack and resulting degradation. Ventilation is also important for timber, it must be able to dry after humid periods. It must be inspectable too, to keep an eye on any degradation. Factoring these into our design process, it was clear timber remained viable when used as a structural element, not exposed to the elements.

Fire safety is an important consideration when designing with timber. In many National codes there are no requirements for fire loading, but still the structure needs to be safe in such situation and prevent casualties. Unlike steel, the strength is not influenced by temperature. The incineration speed of glulam is approximately 0.7mm/min. This means that for a large block glulam bridge girder (1x1.5m) the cross section reduces by only 4% after half an hour of fire and 10% after an hour. This reduction can be considered in the design for extra safety.

Helpfully, timber doesn’t degrade from road de-icing salts like concrete and steel. And our design anticipates disassembly so that bridges could be easily widened or reused in future. This is circular economy thinking, designing for a structure’s evolution, rather than making a non-adaptable one-time bet on materials, that commits you to ‘use-demolish-waste-repeat’.

Our BoLT design offers a theoretical lifespan of at least 100 years, since it is fully protected from rain and aligned with future Eurocode standards for timber bridges. While timber-concrete composites are being increasingly used on bridge superstructures, our version goes a step further by replacing the traditional concrete superstructure with a full mass timber one. This results in 75% of the superstructure’s (including surfacing) total weight being a renewable material, resulting in a climate positive superstructure.

The use of timber makes the superstructure of the viaduct CO2 negative. This results in a reduction of the environmental cost indicator (ECI) of 70% and a reduction of the use of primary abiotic material by up to 90%. Ultimately, 95% can be reused. ” Bart Smolders Chairman of the board of Heijmans Infra

Of course, part of prototyping would involve testing how a demonstration bridge behaves in real life conditions. Asset managers will need to be convinced and maintenance will be required, as with any other material. However, giving the approaching deadlines, the most important thing right now is that we try.

Today, bridges are often demolished after less than 50 years in use, to meet changing functional requirements. For a replacement bridge, new, emissions-intensive concrete and steel will be produced. In theory this can have a 200-year lifespan, but it does mean emitting CO2 in the air now, as we try to meet the goals of the Paris Climate Accord. By contrast timber construction is climate positive. And in the future can also be repurposed, moved around and reused in a new form, possibly becoming flooring or other internal building element.

This use of mass timber in highway bridges is still at an early stage of development. But with the right partners we believe it’s a scalable solution that could deliver a vital new level of sustainability to our road infrastructure.

Arup has developed an innovative timber bridge concept with partners Heijmans and Schaffitzel in response to a Circular Economy-inspired call for proposals by Dutch highways agency Rijkswaterstaat (RWS).