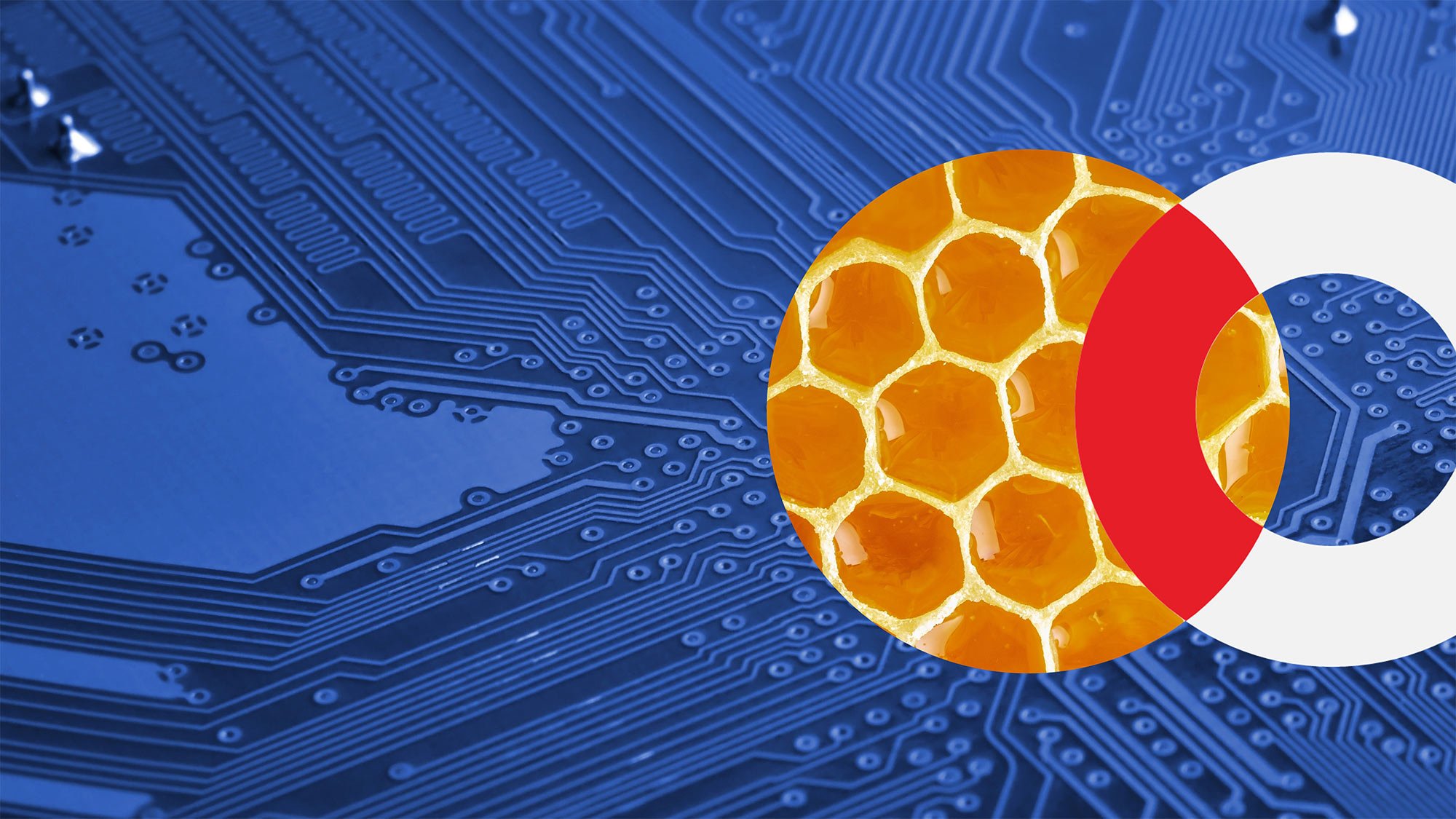 Shaping the landscape: governments’ role in the green economy

Shaping the landscape: governments’ role in the green economy

Talk to Brice Richard about this perspective 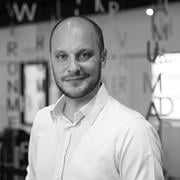 Talk to Brice Richard about this perspective

The third, and final, article in this green economy series looks at how regional and national governments can accelerate their local green economy potential through prioritising investment policy development, incentives and regulation.

Sensing a valuable opportunity, a significant number of governments responded to the Covid-19 pandemic by devising “green recovery” packages, adding to other build-back-better programmes and green economy subsidies. However, the impact of these initiatives remains mixed. The OECD estimates that green measures only account for 17% of recovery spending. In addition, many public investments tend to use the same instruments and focus on the same familiar areas – investing in hydrogen, renewables, carbon taxes and so on. Instead, we believe a broader set of policy tools can play a role in fostering the wider green economy. 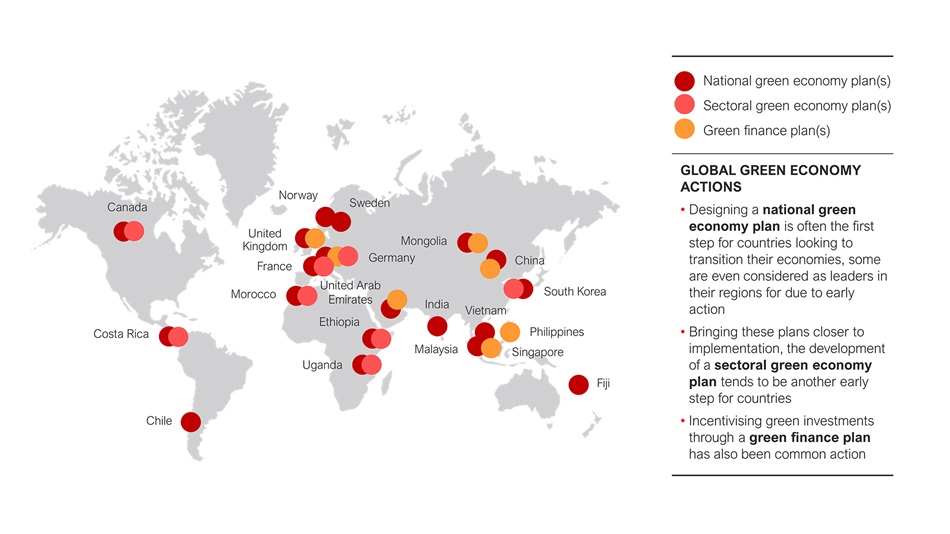 Designing a national green economy plan is often the first step for countries looking to transition their economies, some are even considered as leaders in their regions for due to early action.

The challenge for governments is to balance the needle moving actions that will capture short term gains versus that will position their economy for longer term opportunities. Some of these actions will indeed focus on developing core capabilities where they do not exist yet (giving countries a “right to play” in certain green industries), while others will enhance the competitiveness of existing industries (hence giving countries an additional “edge” to lead in competitive areas). But what should these actions be?

Governments have at their disposal a variety of policy tools that can activate their transition to green growth from different angles. Incentivising Actions leverage people’s and business interests to encourage change (namely through fiscal and pricing policies), Enabling Actions create the enabling conditions necessary for the green condition (by providing training for example), and for the rest Mandating Actions put in place the regulations necessary to enforce change. It may be tempting for governments to focus solely on one angle, but truly impactful policies use a mix of Incentives, Enablers and Mandates to drive impact.

A comparison of approaches can be seen in the different routes that France and Norway have taken to encourage the uptake of electric vehicles. Both countries have developed durable vehicle taxation systems, though the results have differed greatly. Levels of uptake have been a resounding success in Norway, where the focus has been on making electric vehicles cheaper through purchase tax exemptions. In addition to this incentive, Norway has encouraged the switch to electric vehicles by funding research and development and through the deployment of public charging network infrastructure. The country has also created consumer materials, resources and tools to increase public exposure.

The opposite approach has been taken in France, which introduced a pollution tax on traditional petrol/diesel vehicles. The country has introduced other measures, though these have mostly been incentivising actions such as a vehicle fee rebate scheme and discounted or preferential electricity rate structures. Partially a result (as many other factors play a role), the share of electric car sales in France increased from 1% in 2015 to only 12% in 2020. Norway by contrast saw a jump from 25% in 2015 to close to 75% in 2020.

A menu of actions

So, what goes into the recipe for effective market stimulating regulation and incentives? Based on our past green economy experience, we have identified nine areas on which governments can act to help their economy capture green economy opportunities. Acting on these areas would form the foundation of a multi-angle approach to growing a green economy, one that not only builds the right infrastructure (a darling of governmental actions), but also leads to a proper governance, effective regulations, link to capital, green skills, as well as vibrant triple helix collaborations, green markets and innovation ecosystems. Each of these areas would involve incentivising, enabling and mandating actions.

The visual below introduces a small sample of potential actions. A more comprehensive menu will be provided in the report to be published this November. 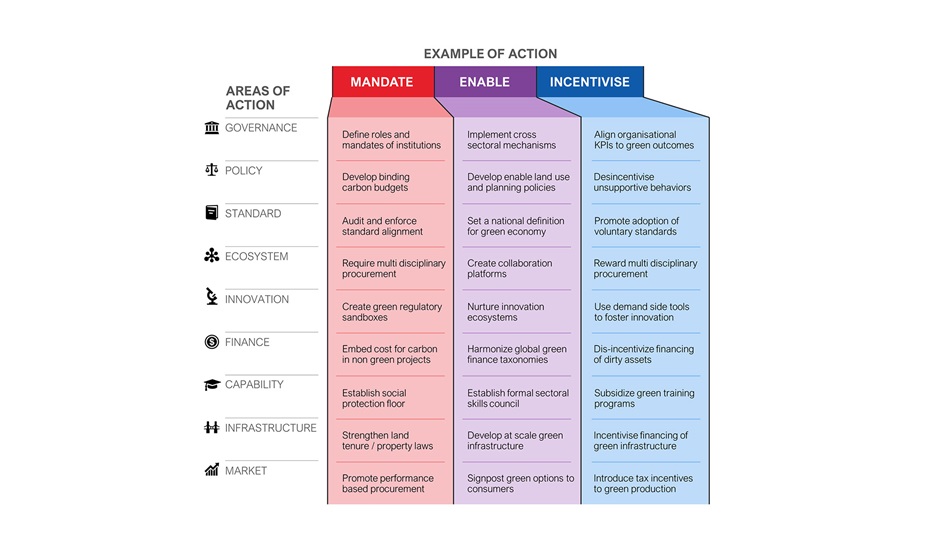 Policymakers can foster the development of the green economy by combining different types of mandating, enabling and incentivising actions across 9 key areas

Not all of the actions should be seen as top down and government driven, however. Building competitive green industries is not a matter of top-down industrial plans, but a concerted effort that gets the best out of what each part of a country’s economic ecosystem has to offer. Clearly, governance, regulations and policy are three areas where the government should lead, as no other actor can provide the long-term vision, build the legal framework and shoulder some of the infrastructure risk. However, innovation, finance and capability building must rely on approaches that combine the expertise, research capabilities and funding/financing firepower of the private sector and academia.

The actions we presented here are of course high level and should be curated to the specific green opportunities that countries defined for themselves (see perspective #2). Driving the adoption of standards might indeed look very different if applied to e-waste recycling than to maritime green fuel. The menu above remains a good overview of the wide variety of actions governments can take to develop and stimulate their green economy.

The environmental, sustainability and corporate governance (ESG) agenda, and the regulations that drive it, are changing the equation for investors in every sector. Our advisory expertise is helping organisations and investors navigate this changing landscape.