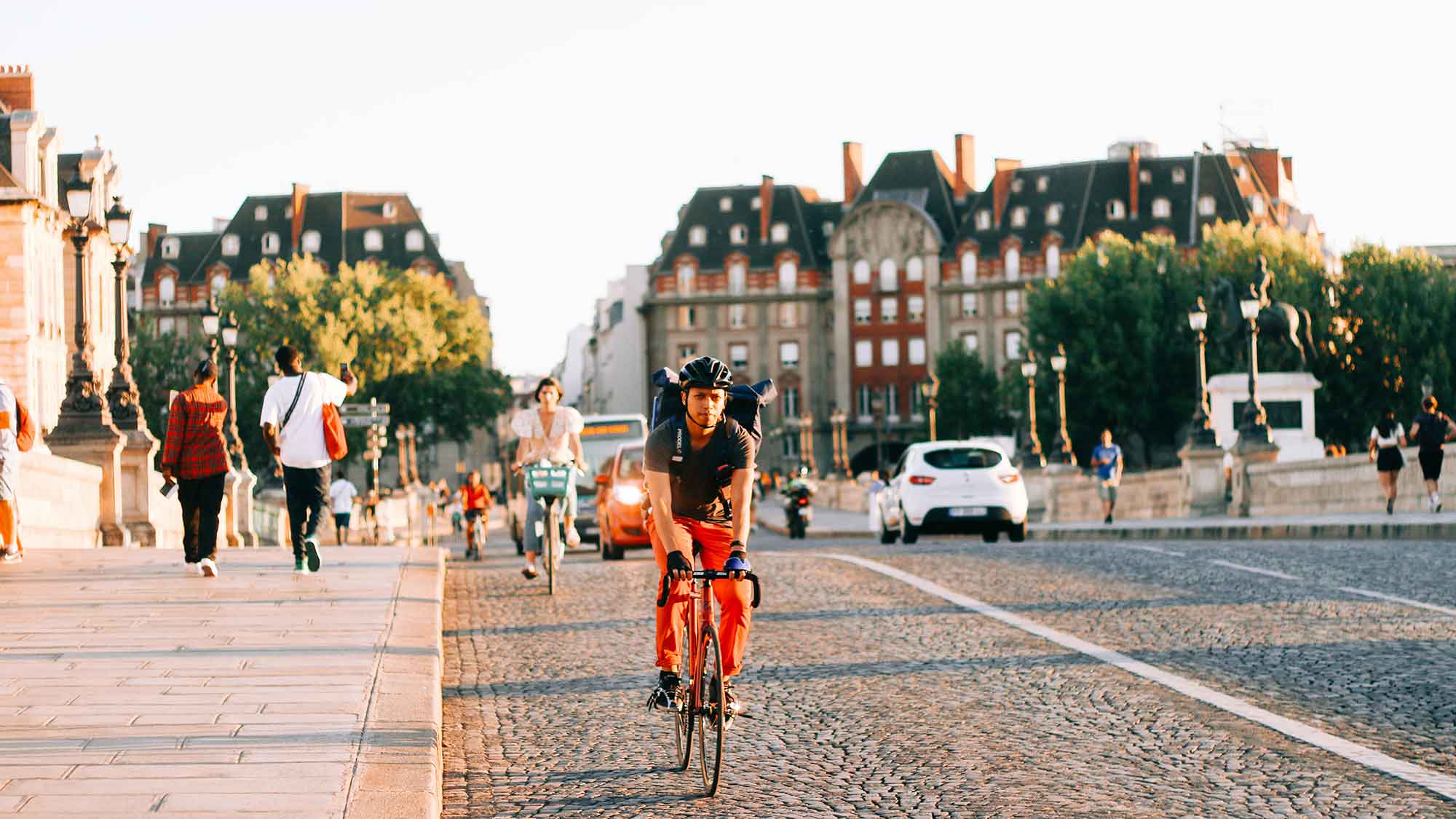 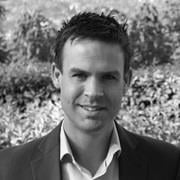 Road transport is one of the world’s biggest carbon emission challenges – it’s a sector with emissions that just keep on growing. After years of talking about sustainable transport, the time for decarbonising road transport has finally come. The EU has committed to becoming climate neutral by 2050 through the European Green Deal, which includes action to roll out cleaner, cheaper and healthier forms of transport and cities like Paris and Milan are competing to become the next Amsterdam and Copenhagen – places where cycling is the transport mode of choice. In the UK, last year’s announcement by central government that it will end the sale of new petrol and diesel cars and vans by 2030 has focused minds. The question remains: what will make the greatest and fastest difference?

Here are three things that are top of our ‘do now’ list for transport decarbonisation:

For the first time in most geographies, local energy distributors face a major new customer type on a rapid growth trajectory: light vehicles. Most of our cars, vans and small trucks will be electric in the blink of an eye. This is the part of our road transport fleet that currently contributes the majority of road transport emissions, but not for much longer. A revolution in battery technology means that electric has 'won' the race over hydrogen for light vehicles, with market-dominant gains in battery density the deciding factor. At the same time, the buying public’s electric vehicle anxiety about battery range is fading and EVs’ market desirability is high and climbing further.

All this means that the capacity and reliability of local power distribution systems matter in a way they never have. The private EV user who has access to at-home charging will increasingly – and unwittingly – pose a profound challenge for local electricity distributors. We estimate that if up to four in ten houses use EVs on a typical UK housing estate, and if they plug in at similar times after work, local electricity substations will reach capacity some of the time. This won't be the case everywhere, but we need to confront this risk now and act: business-as-usual local power distribution risks throttling our dreams of a rapid EV transition.

Data-driven charging solutions that stagger the timing of vehicles 'taking the charge' can work around this demand issue, but only if we install such ‘smart’ systems now. Policymakers please take note – the market is unlikely to solve this one without being told to do so.

Given how little time we have to transition light vehicles from fossil fuels to electric, it’s time to get our governance right. Who is responsible for which element of the EV transition and how can we prevent problems that have the potential to choke progress? For example, in many areas there is a ‘first come, first served’ policy from authorities as they respond to requests for connecting EV charging infrastructure. If you are the unlucky commercial customer who pushes local electricity demand above what the existing power infrastructure can cope with your connection costs suddenly include the upgrade of a local electricity substation. This approach effectively kills connection applications in specific locations, often for years. This exact policy failure undermined the onshore wind industry in many nations and regions, creating no-go zones for new wind development – it’s vital we don’t repeat this mistake with EVs. 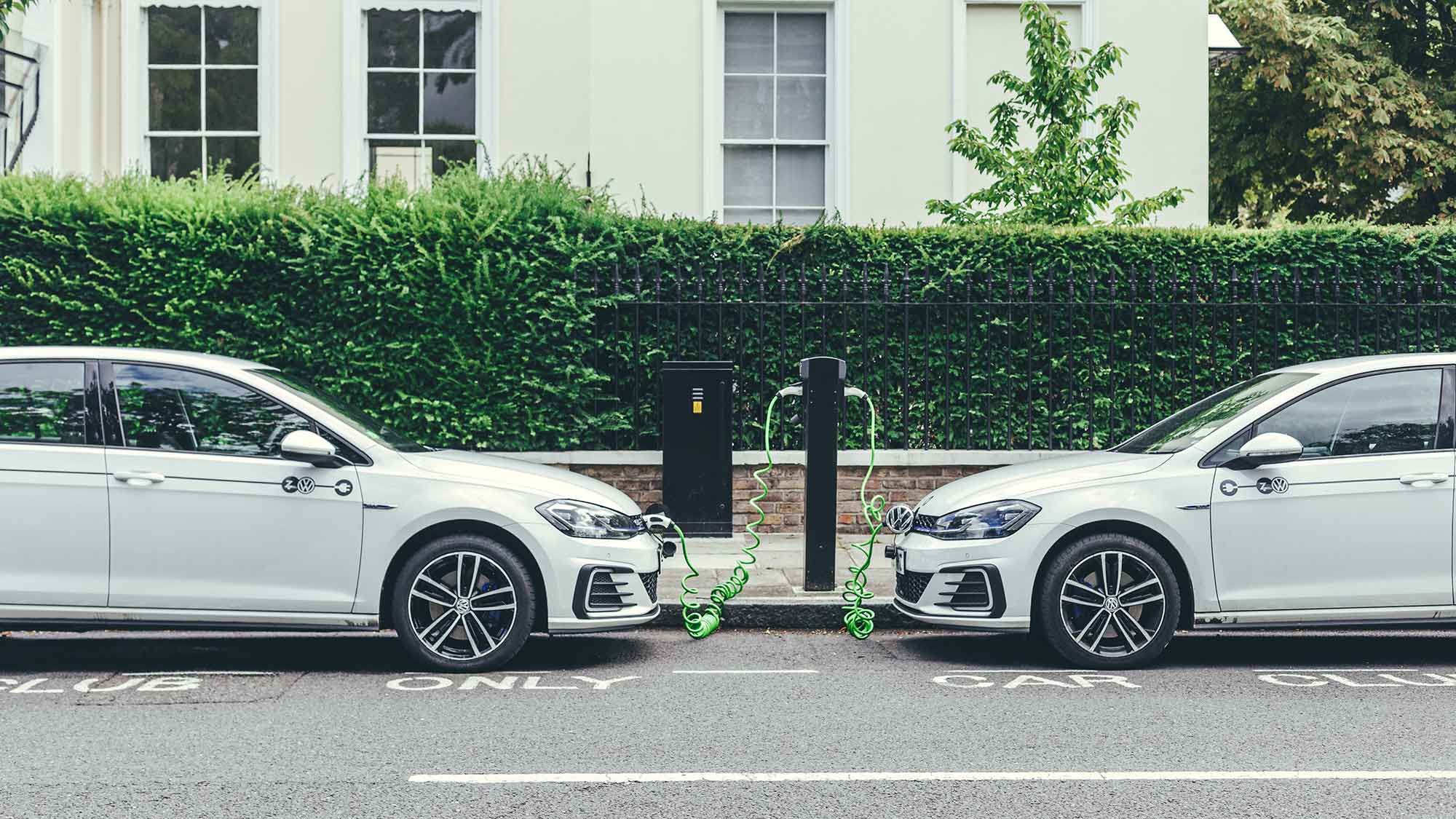 One of the biggest issues facing our local governments is how to provide access to EV charging for those who can’t charge at off-street at home. Around 30% of UK households are without access to off-street parking, with this problem affecting households of all socio-economic backgrounds.

Public authorities and planners are unsure how to provide safe, reliable, affordable EV charging provision to all – and even more so in understanding what their responsibilities are. Are they the enabler, the owner, or the maintainer of this infrastructure? We urgently need clear national guidelines on the provision of EV charging infrastructure, clarity about the role each part of the supply chain will play, and new funding mechanisms to accelerate installation of EV infrastructure in areas we know will need it but where the market won’t provide. We will face a slower than necessary EV transition, unequal access to EV charging, and higher costs if the right national policies and funding don’t emerge quickly.

3. Take a closer look at hydrogen for heavier vehicles

There are countless debates about the ‘right’ way to decarbonise transport. One focuses on the ‘best’ technology for decarbonising heavy vehicles. Solutions include hydrogen, battery, and even catenary systems - reminiscent of old trolly buses. Arguably, hydrogen shows the most promise.

Production distribution costs are still high but will drop with efficiencies, and some governments have recognised that a viable hydrogen economy requires a healthy number of customers. In the UK, Industrial Cluster Funding for hydrogen is focussing on coastal areas like – Teeside, Humberside and Merseyside – with public and private money combined to support large-scale hydrogen production.

The combination of low-carbon hydrogen production and transport is clearly becoming a technically and commercially viable proposition across the world. So what is stopping faster progress to develop an affordable green hydrogen product? Investors and equipment manufacturers are keen to realise the potential, but what’s clear is that the market can only do so much – and carry so much risk – on its own.

This is a market that only becomes commercially viable once it has a stable of established, paying customers. This means that any nation or block of nations that wants hydrogen to be the future fuel for heavy vehicles will need to commit in the shape of clear policies and substantial public investment to pump prime and de-risk early private investment. Government support is also needed to set up scalable, future-looking value chains that allow for robust routes to market for investors. For example, identifying locations to develop dedicated hydrogen corridors where heavy vehicle routes are abundant.

Regardless of how vehicles are powered, traffic congestion, severance and road safety are some of the biggest drags on productivity, placemaking and wellbeing in our cities. In many places we don’t need more motorised vehicles, we need smaller, lighter and ultimately fewer vehicles. Clearly, low emission vehicles are only part of the answer and strategies to help people travel less, to travel safely and conveniently by active modes such as walking and cycling, or by public mass transit are equally as crucial. We must find ways of decarbonising transport while keeping focus on improving air quality and creating cities where people can thrive.