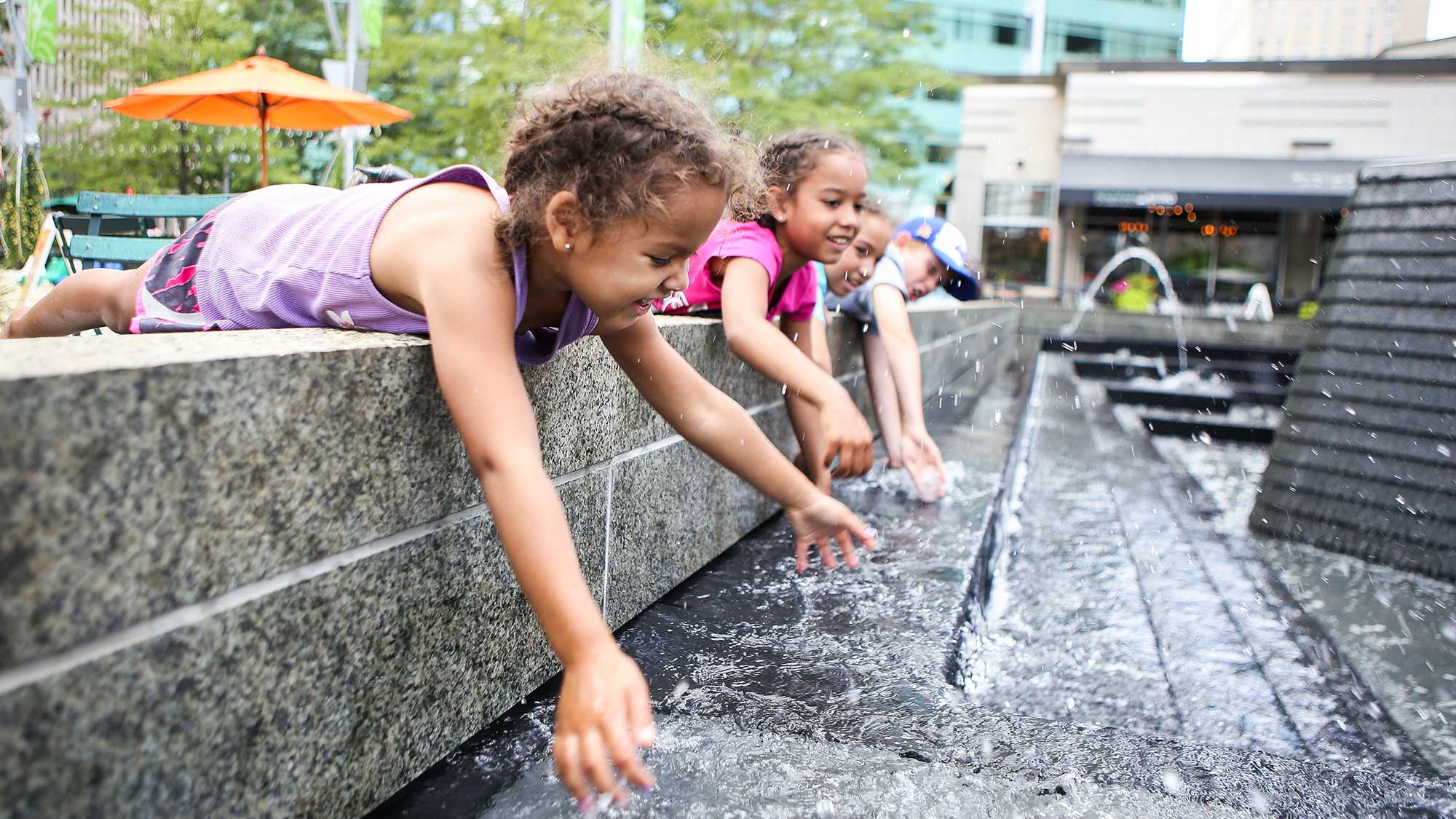 What if the client was everyone? How social value can transform urban development

What if the client was everyone? How social value can transform urban development

Talk to Terri Wills about this perspective 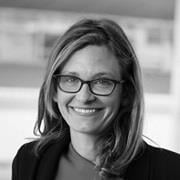 Talk to Terri Wills about this perspective

As we walk around our cities, we often pass building sites with bright, breezy hoardings, announcing a new development, a mix of residential, retail, offices or restaurants. We often see these new developments as symbols of growth and progress, and more often than not we overlook the more complex implications they might have for the communities and neighbourhoods that surround them.

Fortunately, urban development in the UK has begun taking a more systematic approach to the social value dimensions of new schemes, a change being driven by a combination of factors. The Social Value Act of 2012, and later the UK Government’s Procurement Policy Note in 2020 (PPN06/20), have redefined what contractors and developers must consider, include and produce. With other global issues like inflation and the cost-of-living crisis, pandemic recovery, the switch to net zero development, and the enduring need to tackle growing wealth inequality, there has never been a more important time to focus on social value.

In reality, social value isn’t some intangible new agenda for the built environment industry to consider, just a more joined up way of approaching dimensions of their work they were always shaping (for good or ill). To prioritise social value in scheme design and planning is simply a recognition that a place is always its people and that they all have a stake and a voice. While legislation and procurement policies have started to include social value considerations into development, there is a danger that we focus on responding to the procurement questions in front of us and not on the people and communities that the development will ultimately impact.

At Arup we have been reflecting on what we think social value really means, looking beyond procurement implications. The pandemic has provided many useful insights. The sudden rediscovery of localism, of our reliance on our neighbours, green spaces and public conversations underscore the attention we should pay to the inherently interconnected nature of individuals’ lives, the communities they form, the services they use, the employment opportunities they gain, and the infrastructure that makes it all possible. In short, we should never ‘build in isolation’.

Our own projects have shown us how important the voice of the community can be. Sometimes the assumptions both we and our clients make about the local benefits of a scheme, will miss the mark. When we listen more closely to members of that community, they tell us something different.

In a given setting, the inclusion of balconies facing each other facilitating neighbourly chats to combat loneliness can be more important than delivering STEM (science, technology, engineering and mathematics) workshops at a local school. In another setting, offers of apprenticeships for future construction jobs to a community with low levels skills and employment, remain vacant because they’d actually prefer access to apprenticeships with high tech firms around the corner. And ideas like bringing in new local restaurants and cafes can actually have a negative overall impact on a neighbourhood, if they don’t also cater to local cultures, tastes and incomes.

These examples make clear how the process must be community-led. If social value outcomes are to genuinely be achieved, we must ask the right questions of the right people at the right time. 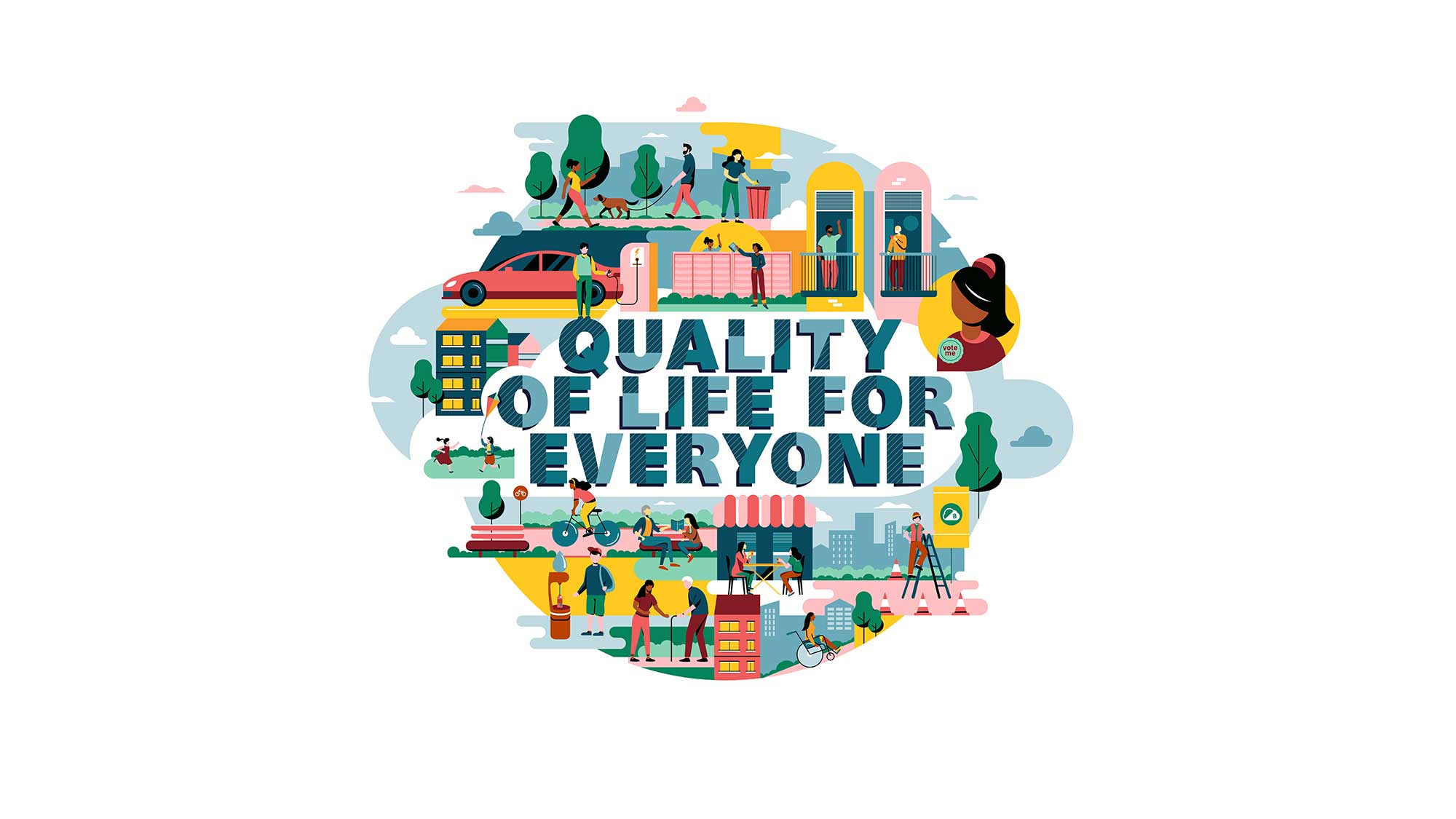 Social value means… a focus on people’s quality of life. That means health and wellbeing, education, opportunity, housing, social connections, civic engagement, and other beneficial outcomes that a scheme might support or produce.

So, how do we stay focused on what matters? How do we avoid one-size-doesn’t-fit-anyone initiatives? At Arup, we believe there are a few obvious guiding principles:

Much of what has traditionally undermined social value in development is a lack of endurance to initiatives, leading to a kind of tokenism. We won’t have achieved genuine social value by offering a few short-term construction jobs for local people during a scheme’s development. A better approach, for example, would be for a project team to set up a new local contractor, one that could find other projects for its employees when the current one completes.

Another idea is to develop a long-term social value agreement with the community and build it into the lease, to ensure that the community has a voice long after the development is complete. A community land trust – such as The Knowle West Media Centre project called ‘We Can Make’ – can be established to set up a Community Design Code to ensure the design and planning of housing is in line with community requirements, but also so that the new housing gets transferred to community ownership for long-term community oversight and management. The crucial distinction is to view the project as a powerful social lever, not just an opportunity for charitable gestures.

Procurement practices and regeneration plans can help set new standards here; cities, local authorities, governments, and the private sector have the ability to push for longer term outcomes in their specifications. For example, the city of Boston has created a Community Benefits Agreement with a developer, as part of the extension of Boston’s light rail and associated real estate development. This enabled them to include agreements on affordable housing, local jobs, workers’ rights, small business initiatives, community resources, open space, arts and culture, public safety, and participatory planning in the redevelopment. It shows how ambitious we could and should be.

Traditionally, most projects carry out some stakeholder engagement, before moving into the design and development phase, then follow-up with a final check-in, late in the programme. A more socially valuable approach would be to ask the community what they actually need and would like to see. It also means bringing community leaders into the governance structure of a scheme, to ensure their voices aren’t lost as the project progresses. A number of cities – starting with Belo Horizonte in Brazil and then Mexico City and New York – have embraced this kind of approach through participatory budgeting, enabling more deprived communities to have a say in where and how city budgets are spent.

This type of approach might sound a fanciful leap for commercial developers to take, but there are benefits to an enlightened approach. Bringing the community onside more fundamentally and continuously lowers the level of objections and planning headaches for developers. It’s a process that builds local understanding and engagement within the community, strengthening social resilience as a result. For developers, reputational gains are huge when projects succeed in a more enlightened way.

3. Social value can't be an offset

To count as ‘socially valuable’, it’s not enough for developers to engage in divisive designs, while offering disconnected financial remedies or investments to compensate for a lack of social value inherent within the design itself. The focus on social value must lead to solutions that recognise the existing fabric of the community, not drive further isolation and separation, and ensures that social value is intrinsic to the project itself. For example, adding in social housing to secure planning approval, but failing to consider and collaborate on how to integrate the social housing with the privately owned properties, misses the real opportunity to foster and deepen a shared sense of community.

4. Focus on quality of life

If social value is all about real improvements in real lives, planners and developers must work with communities to understand the relevant quality of life issues impacting people. At Arup, we think social value is really just a way of focusing on the quality of life outcomes a scheme’s design might produce. That means, health and wellbeing, civic engagement, education and employment opportunities, social connections, access to housing/energy/clean water and so on. By focusing on quality of life for everyone we will hopefully be making progress to a more inclusive, equitable and just society.

With these four rules in mind, and with a social value framework to help shape projects at the earliest stages, we can arrive at schemes that work for everyone. This has never been more important, now that our cities and towns are struggling to maintain social cohesion in the face of economic headwinds like automation, post-Covid employment practices, a cost-of-living crisis, budgetary constraints and ageing populations.

By focusing on social value through the lens of quality of life we can keep the dream of urbanism alive and thriving. Embracing its ethos will lead to a stronger foundation for our communities, society, economies and ecology.