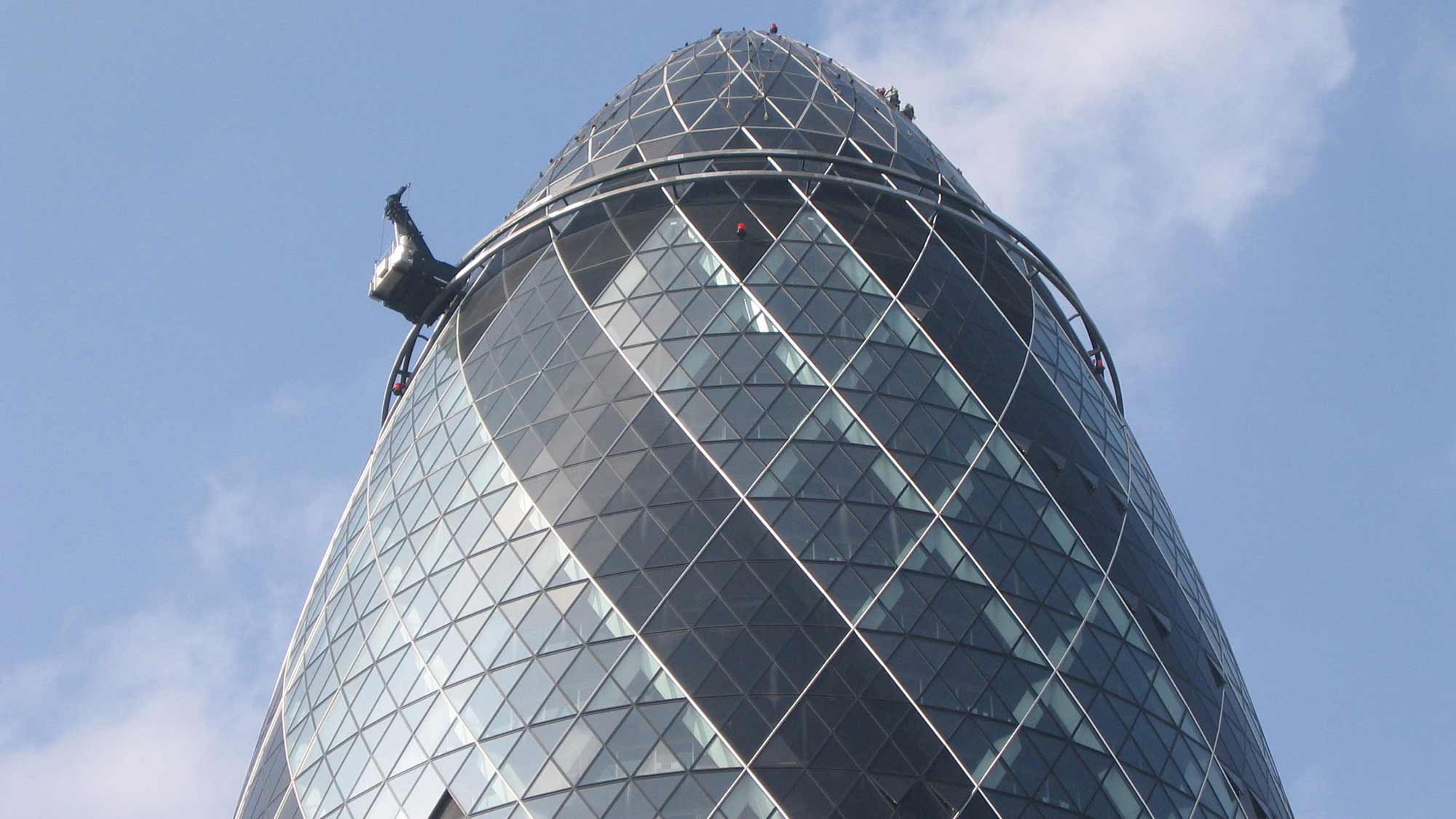 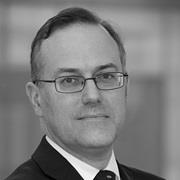 30 St Mary Axe, known fondly as “The Gherkin”,  is one of the most dramatic landmarks in London. Situated in the main financial district, the 40-storey office has won a unique place in the affections of many, as well as a host of awards. It received the Royal Institute of British Architects (RIBA) Stirling Prize in 2004.

The building’s unique form is a response to the constraints of its site. Its shape appears less bulky than a rectangular block, creating public space at street level. It also offers minimal resistance to wind, improving the environment for people on the ground and reducing the load on the building.

30 St Mary Axe has six spiralling light wells that allow daylight to flood down onto the floors, as well as being an integral part of the ventilation strategy. This allows the building to operate without full air conditioning at certain times of the year.

The perimeter diagrid is formed from intersecting steel tubes that frame the light wells. It follows the curve of the building to maximise column-free office space, while keeping the structure stable. 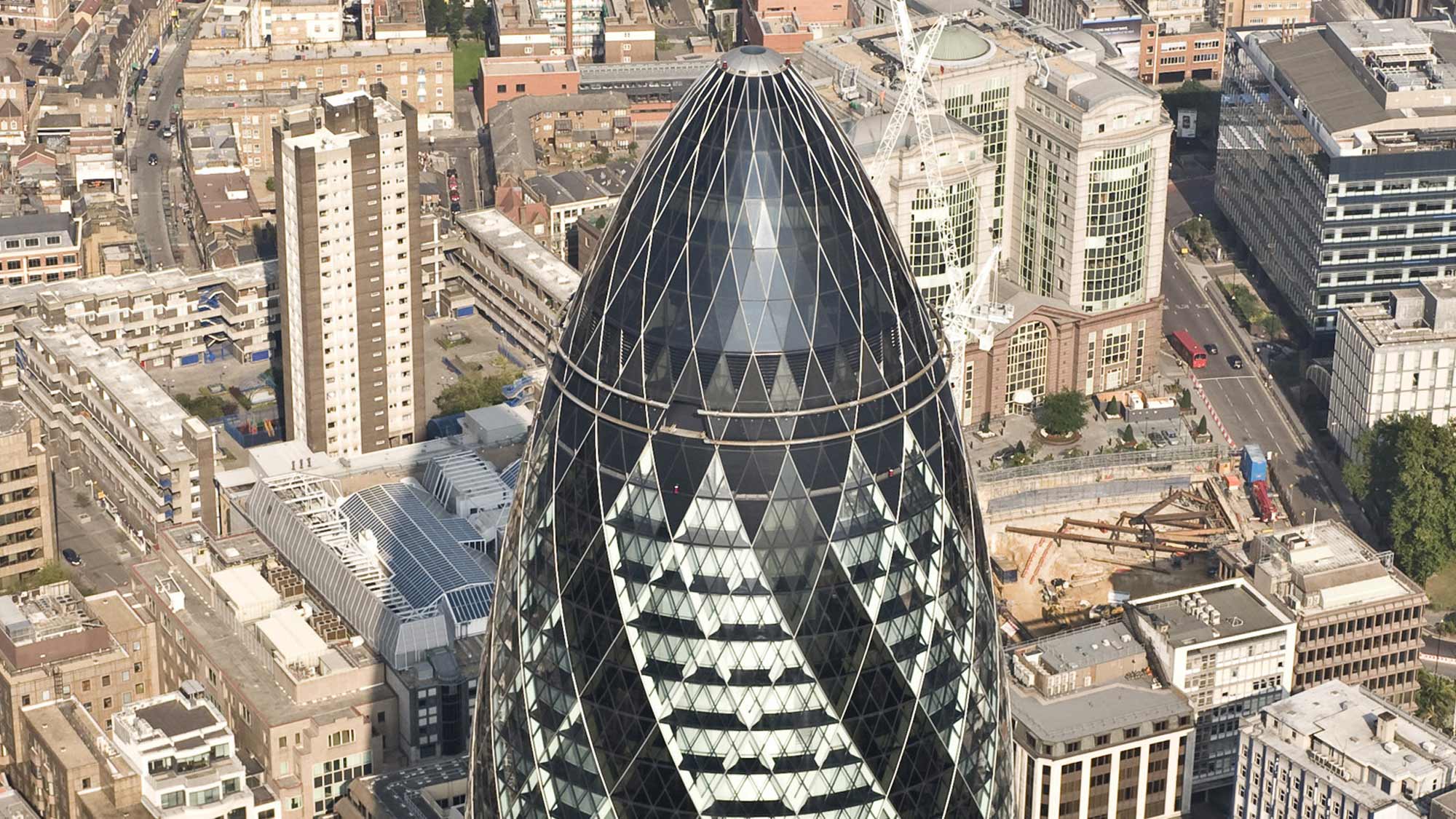 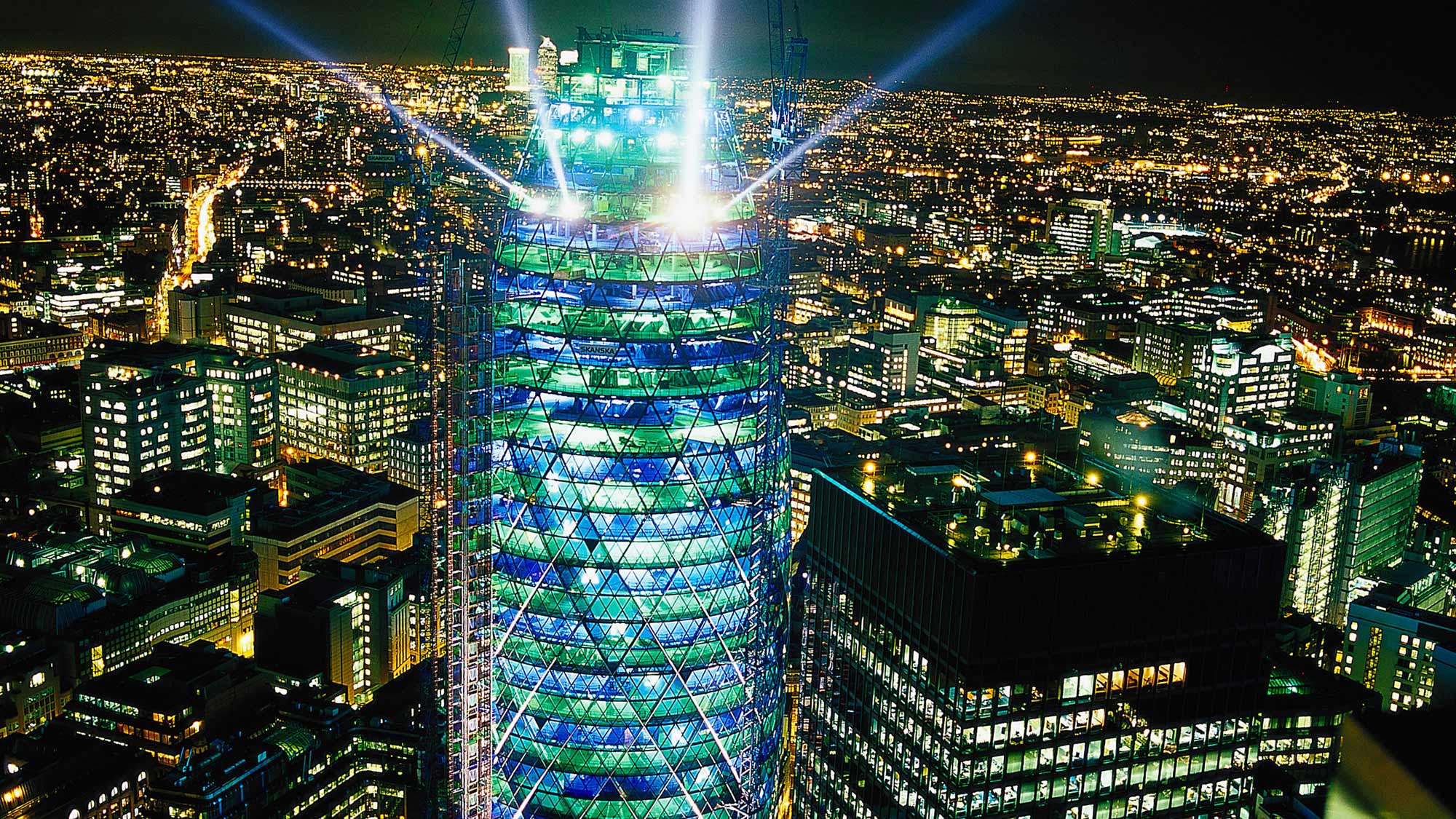 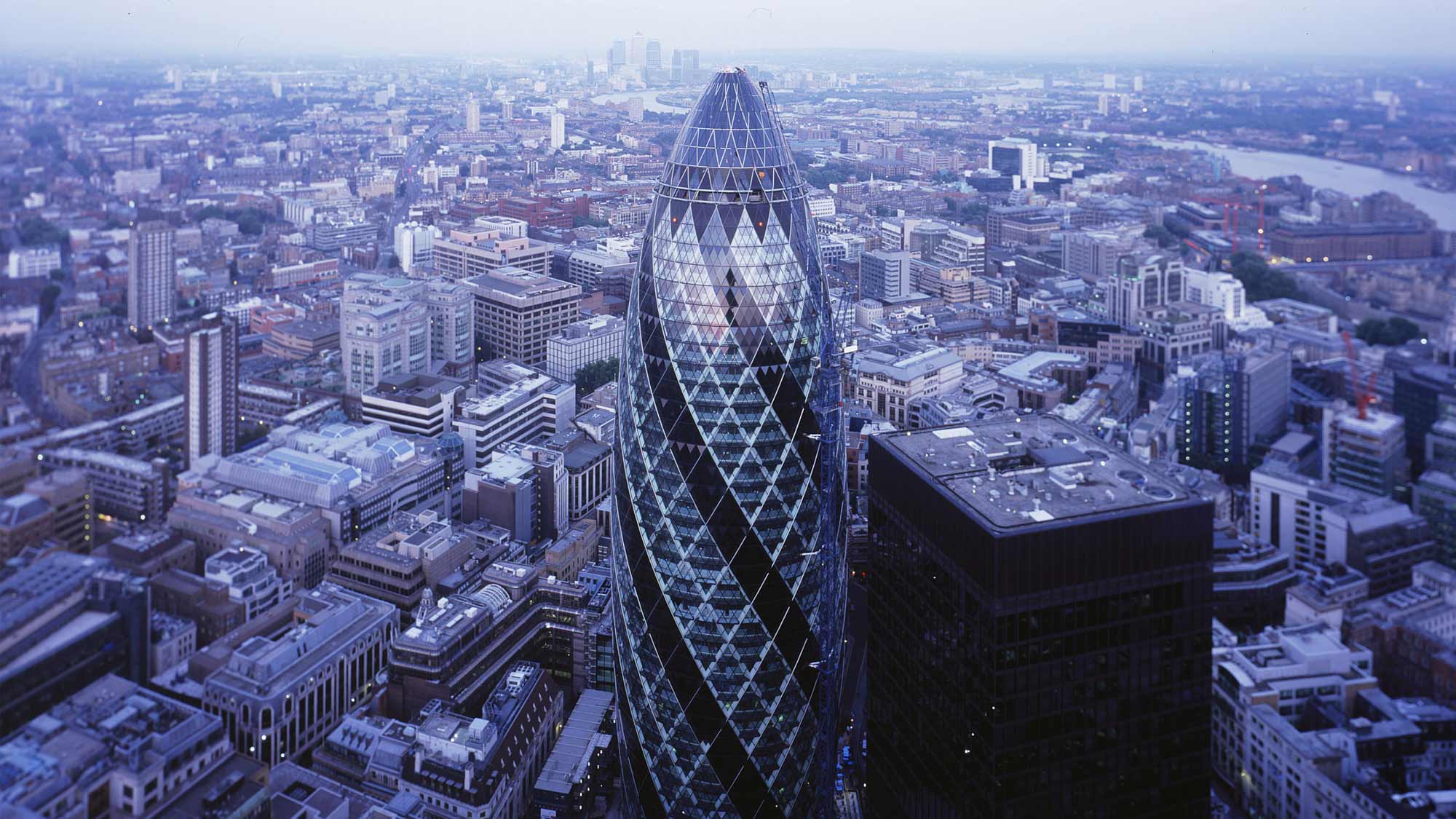 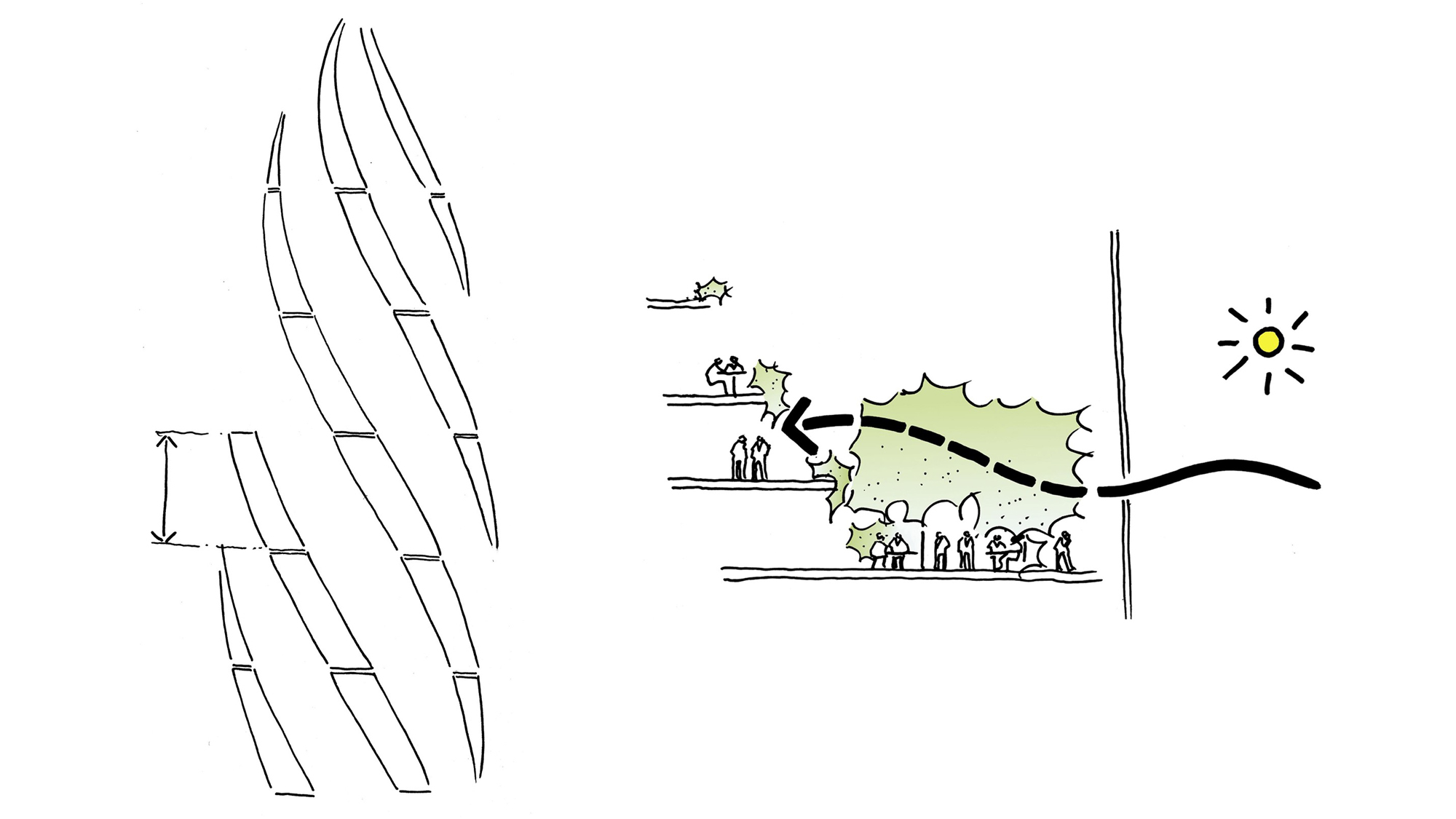 1 of 2
'The Gherkin' offers minimal resistance to wind, reducing the load on the building.

Every floor is different

The span and orientation of the floors and the angle at which they meet the walls vary throughout the building. This makes it an exciting building to experience, but created some unusual design challenges.

To simplify construction, Arup designed 360° steel nodes to connect the complex diagrid together. The nodes consist of three steel plates, welded together at different angles. The connections helped to make the diagrid straightforward and cost-effective to build. 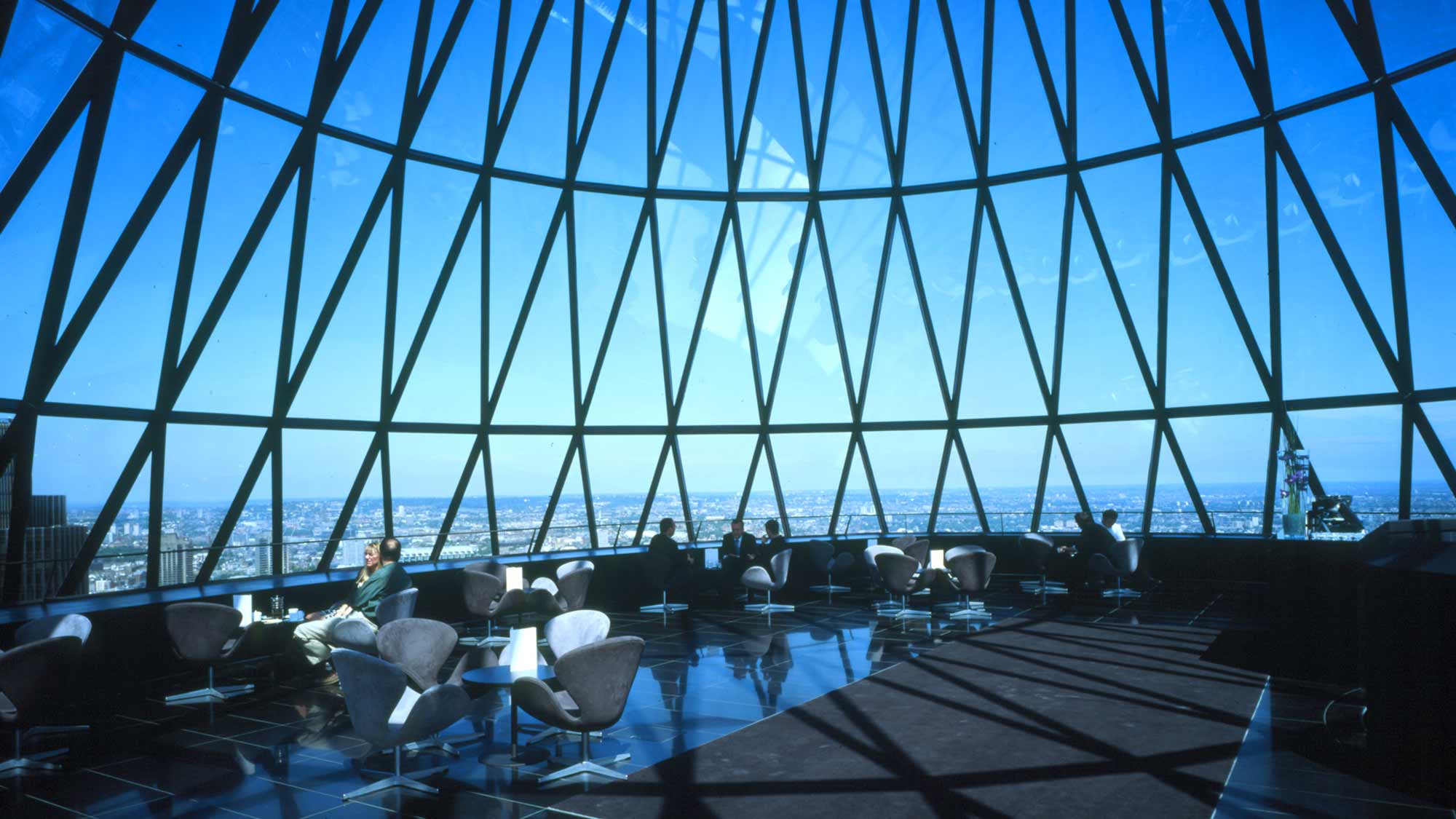 The perimeter diagrid is formed from intersecting steel tubes that frame the light wells.

The diagrid itself consists of intersecting tubular steel sections that follow the curvature of the building and provide vertical support to the floor, giving the additional benefit of column-free office space. As well as structural support, the diagrid provides the building with resistance to buffeting from the wind.

Arup used extensive 3D computer modelling to determine the sizes of the steel frame. A 3D model of the structure helped the architect to co-ordinate the overall design. It also enabled the steel contractor to generate the information needed to produce the 10,000 tonnes of steel in the buildings, 2,500 tonnes of which make up the diagrid structure. This helped to make the process of going from drawing board to fabrication as simple as possible. 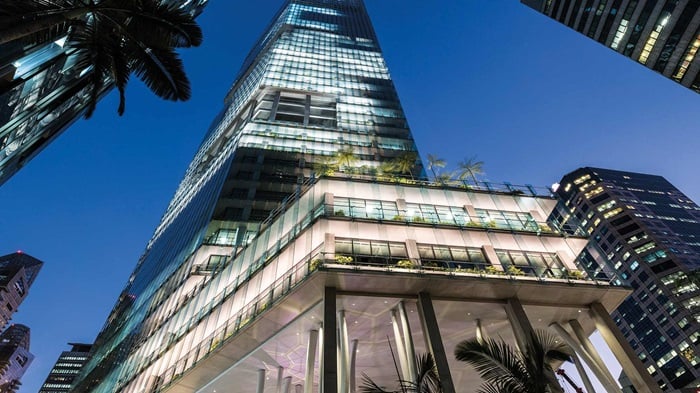 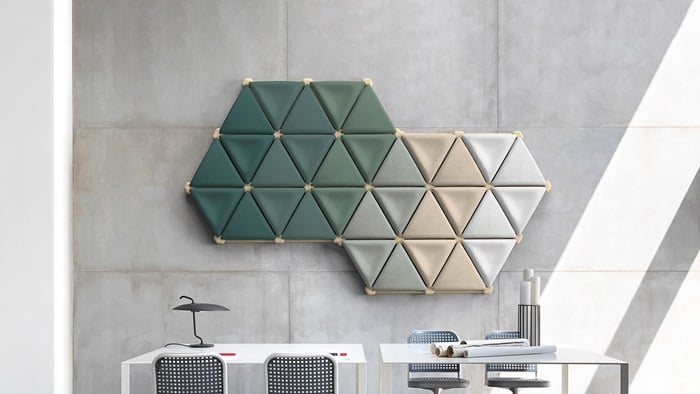 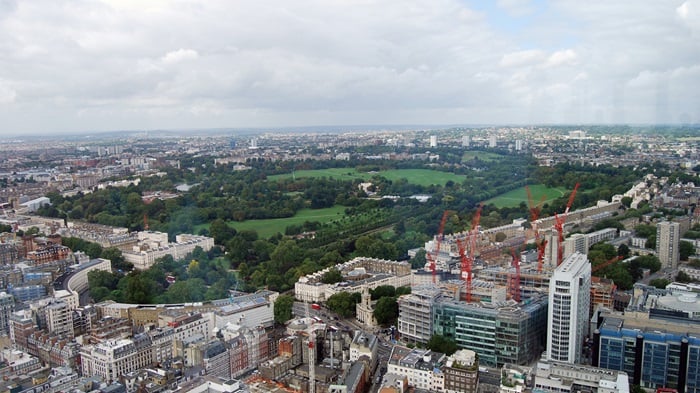