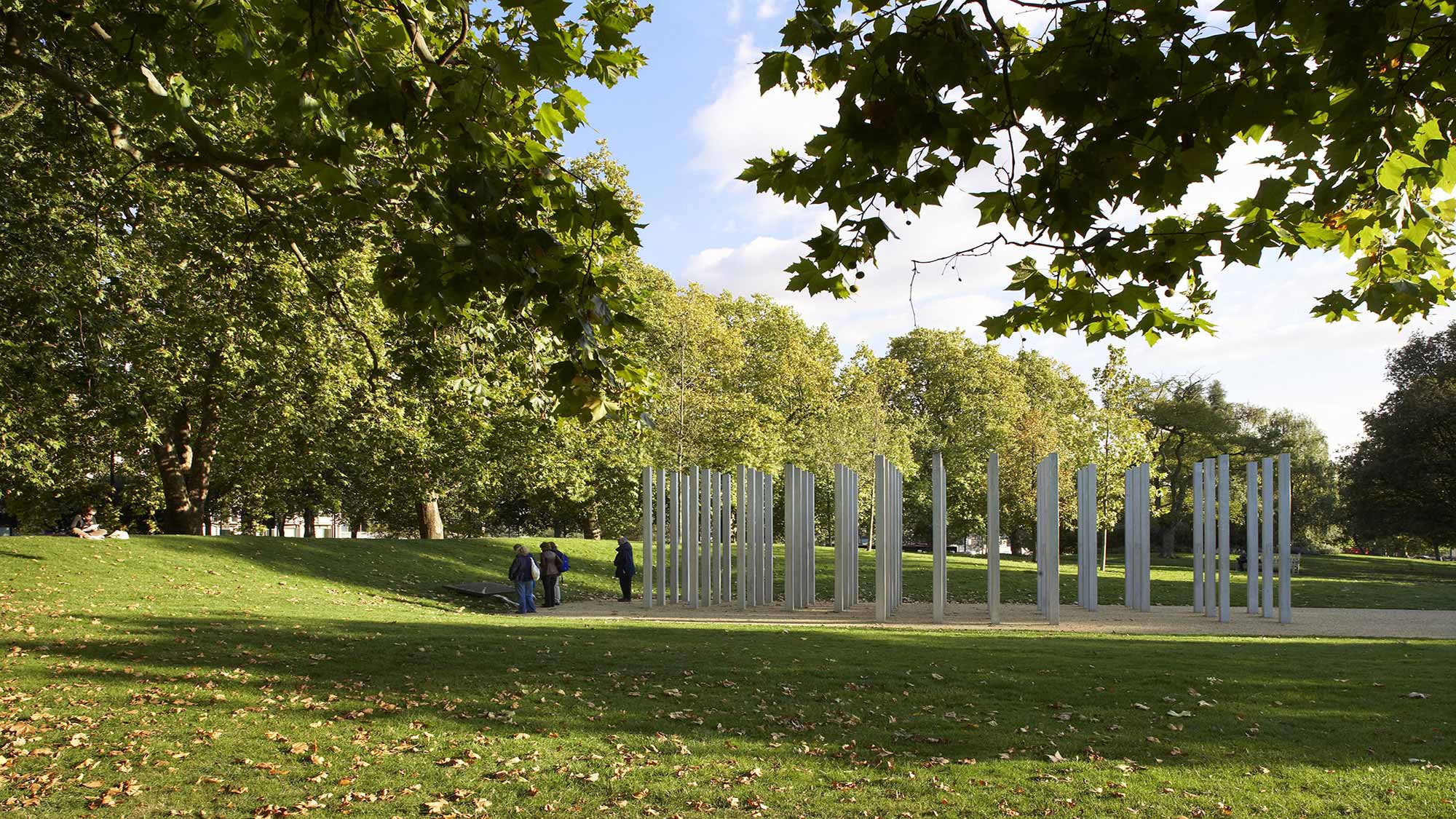 A permanent memorial to honour the 52 lives lost in the four terrorist bombings in London on 7 July 2005, was unveiled in Hyde Park on the fourth anniversary of the disaster. A public place of remembrance for everyone affected by the bombings, it has been designed to stand for many generations.

The design of the memorial commemorates each life lost with singular upright columns (or stelae). It comprises four inter-linking clusters reflecting the four London locations of the tragic incidents – Tavistock Square, Edgware Road, King’s Cross, and Aldgate. Constructed from solid-cast, long-lasting stainless steel, each column measures 3.5m high and is unique, with individual characteristic finishes as a result of the casting process.

Visitors can walk around and through the memorial, reading inscriptions marking the date, time and locations of the bombings placed on each of the stelae. A stainless steel plaque listing the names of the victims is sited on a grass bank at the far eastern end of the memorial.

This was a very emotional project for us all. But as a creative design team, I think we brought the right balance of sensitivity and professionalism to this brief. I believe we have created a thoughtful and lasting tribute to those who lost their lives in the 7 July bombings. ” 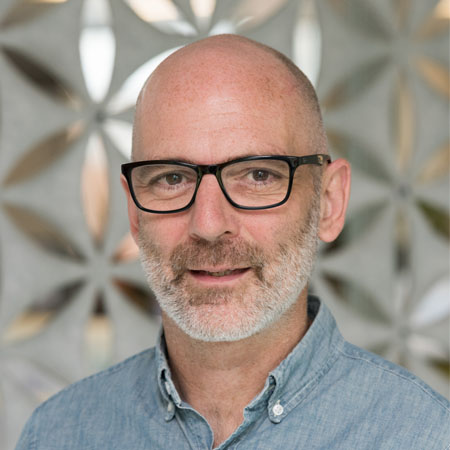 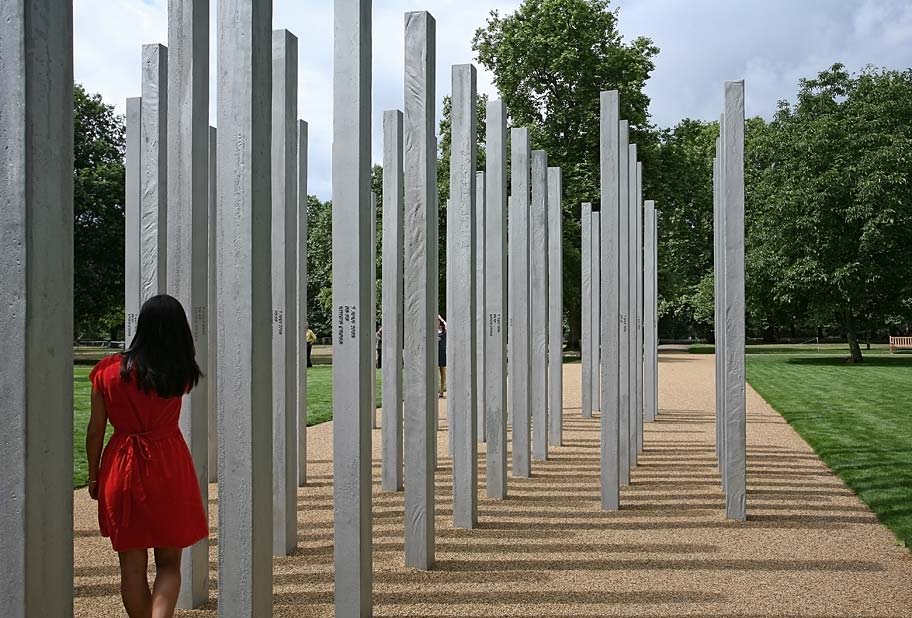 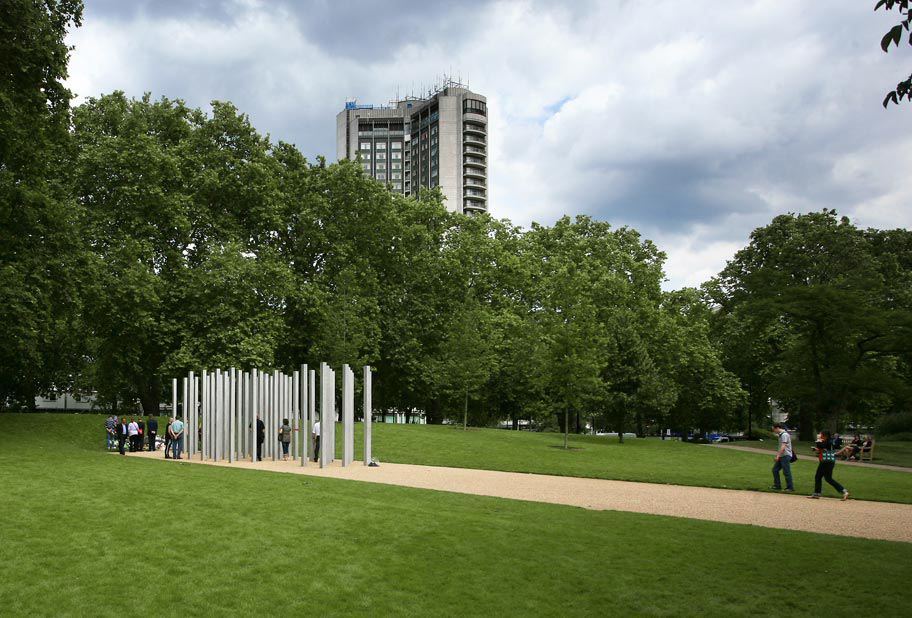 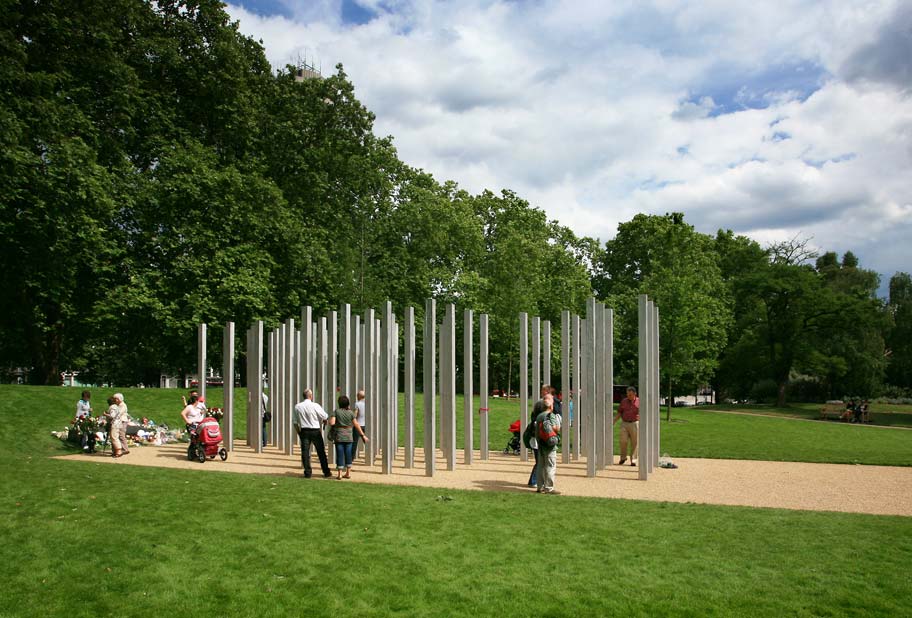 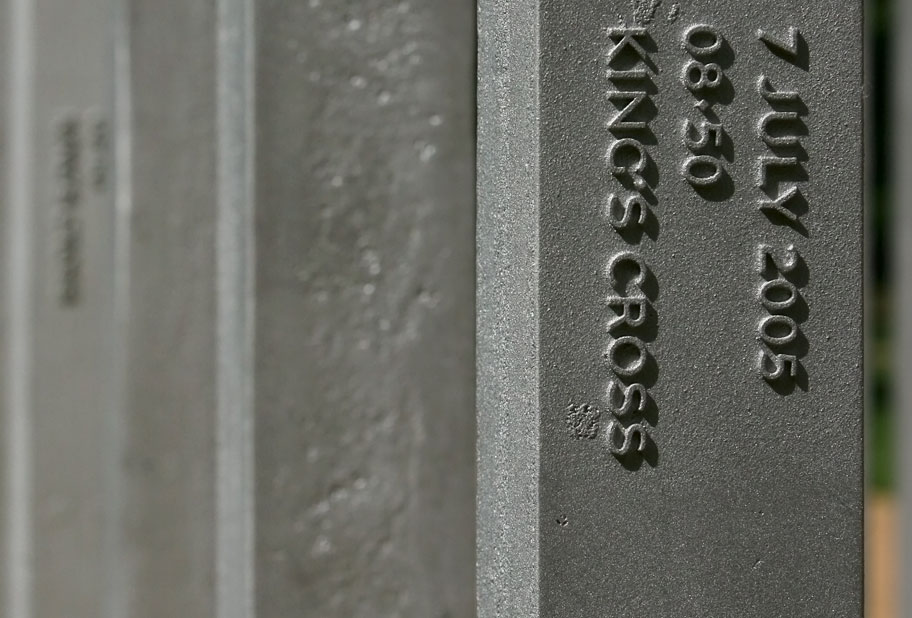 1 of 2
The work is a permanent memorial to honour the 52 lives lost in the four terrorist bombings in London on 7 July 2005.

Working closely with representatives of the bereaved families to design the memorial, the design evolved through a process of collaboration and consultation. The design team ensured that the individual bereaved families’ feelings and needs were met, whilst sensitively and powerfully representing their loved ones collectively.

The memorial was unveiled in Hyde Park on Tuesday 7 July 2009 by Their Royal Highnesses, The Prince of Wales and The Duchess of Cornwall, senior political figures and the families of the 52 victims.

This Memorial is a fitting tribute, honouring the 52 lives lost on 7 July 2005, ensuring that the world will never forget them. It represents the enormity of our loss, both on a personal and public level. We hope this Memorial will speak to visitors, so they can understand the impact of these horrific events. ” 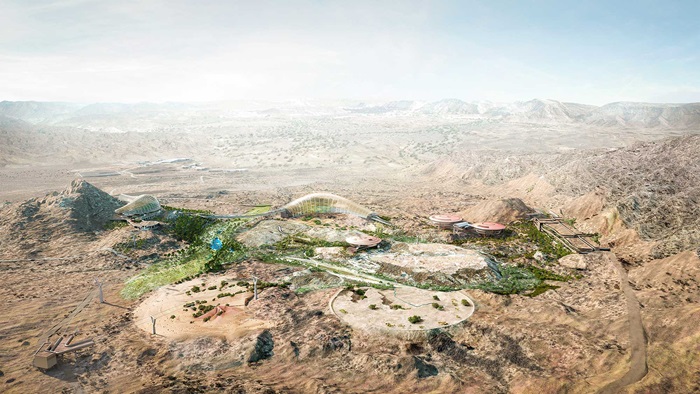 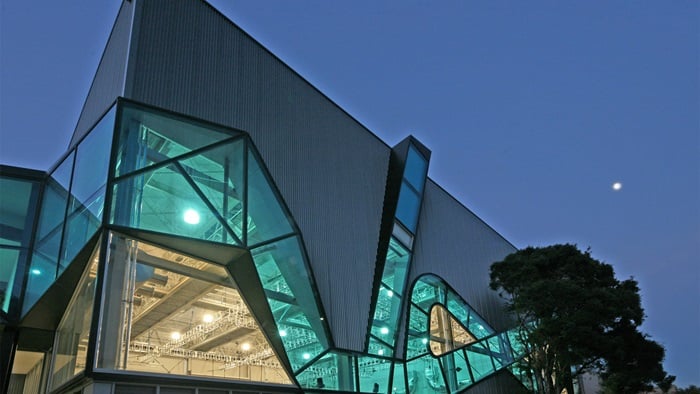 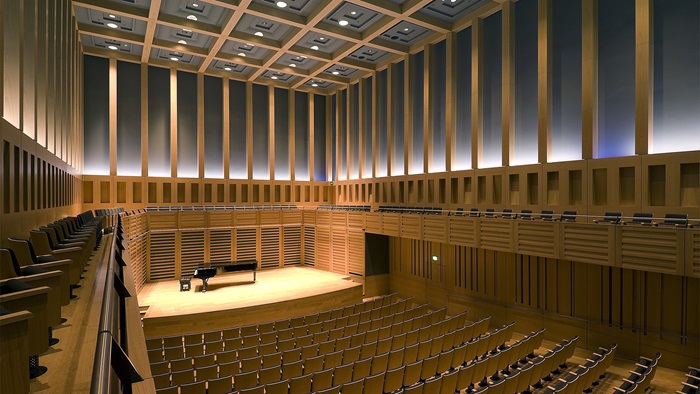