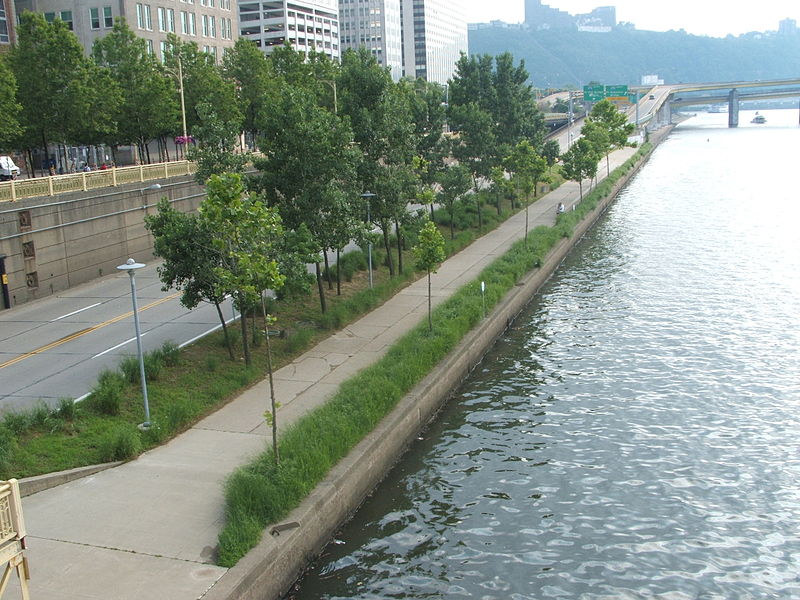 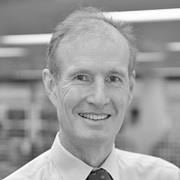 Arup played a key role in overcoming the substantial challenges posed by a narrow site with a steep drop in elevation. Squeezed between the water and a four-lane highway, the new park is over 3,000ft long and varies in width from 30 – 50ft. Additional difficulties included potential impacts from ice floes and barges, as well as frequent flooding.

The team’s design solution reconnected the city to the river via ramps (which also serve as acoustic buffers). We engineered raised pedestrian paths, terracing walls, and other landscape elements that define functional spaces.

To accommodate the client’s request for a 15ft-wide path by the river, Arup cantilevered a long section of the walkway 25ft over the water. The 300ft-long, pile-supported structure widens an existing patio area below the city’s convention center and serves as a dock for large paddle-wheel excursion boats.

We also helped the park clear a complex review and approval process. Over 20 departments in nine public agencies had to be consulted on every design and engineering element.

The project was executed in two phases over a period of several years. After completing the river level, the team worked on an upper-level area providing space for outdoor performances.

The Allegheny River Walk is a major component of Pittsburgh’s ambitious plan to provide waterfront access throughout the city, which sits at the juncture of the Allegheny, Monongahela and Ohio Rivers.

Pedestrians travel from the street to the river via a pair of 6ft-wide, 350ft-long cast-in-place concrete ramps. To give the impression of moving with the river, the ramps’ walls tilt down and out at 14-degree angles. Arup reinforced the structures to resist impact loads from ice floes and supported the internal crosswalls on driven steel H-piles combined with 60ft-long rock anchors to resist overturning instability.

An existing Allegheny County sanitary main force line set directly below the footprint of the ramps complicated the structural layout. Persuaded by Arup’s design studies showing the means for maintaining access to the force line, the county allowed the ramp to be built over its utilities.

The cantilevered walkway around the solid stone piers of the Seventh Street Bridge is supported on steel pipe piles driven into the riverbed. Steel W-sections forming braced frames connect them. When the contractor had difficulty sealing off a coffer dam to make beam-to-column connections, Arup's Research & Development team specified underwater welding procedures.

The US Army Corps of Engineers limits the number of piles that can be driven into the bed of the navigable river, so Arup designed 3ft 6in-deep precast concrete girders at 25ft centers, cantilevering from the existing river wall by up to 18ft. 10in-deep precast planks span between the precast beams.

The review and approval process for the park was complicated by the multiple local, state and federal public agencies that either owned adjacent structures or had jurisdictional oversight of the project. To meet the challenge of gaining approvals from multiple agencies, Arup provided technical support on issues related to flooding impacts, ramp connections, existing bulkhead analysis, historically sensitive details, and utility coordination. 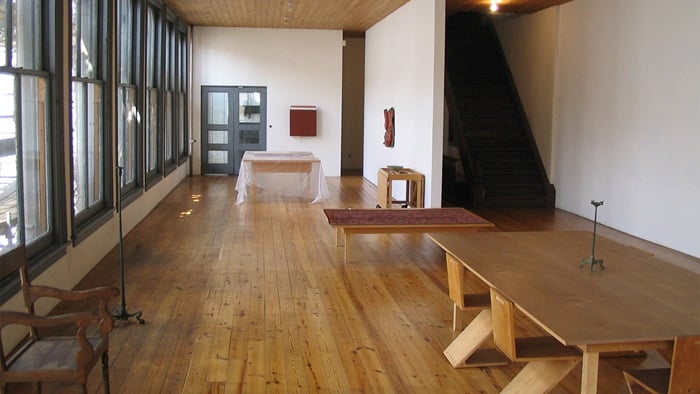 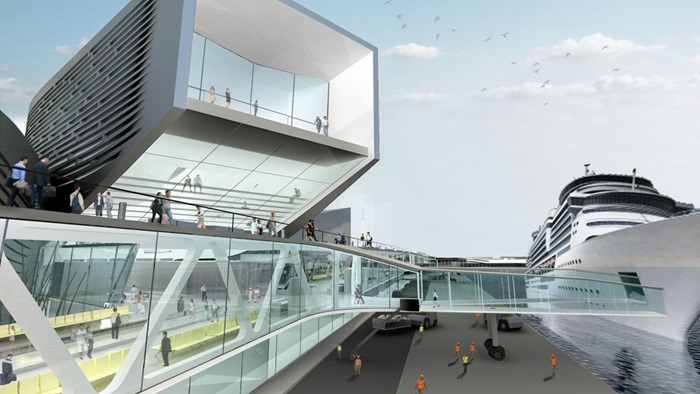 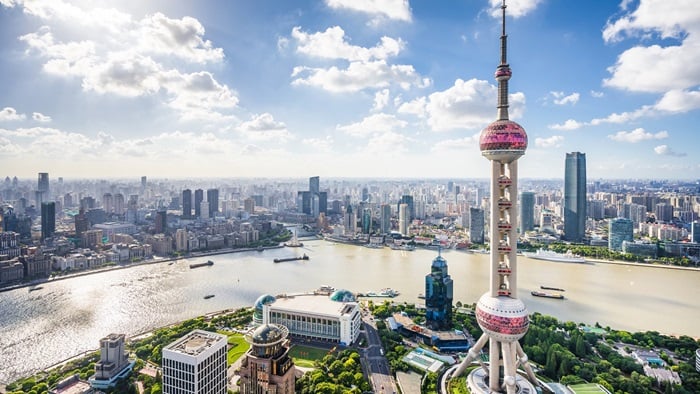