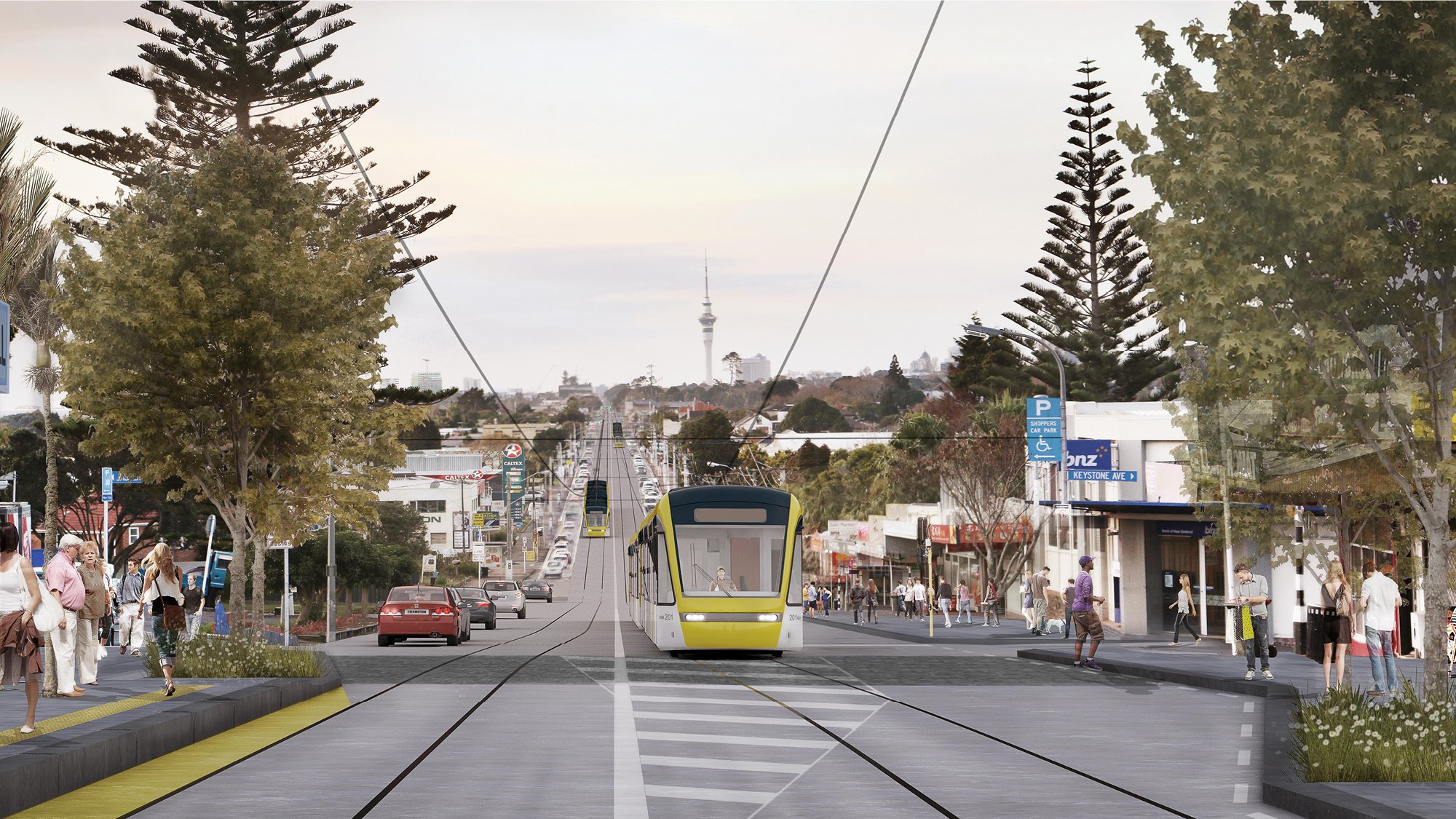 How can light rail help tackle congestion in a rapidly growing city?

To address not only current congestion, but also population growth forecasts which will see an additional 1 million people living in Auckland by 2046, Auckland is investing in light rail to alleviate some of the pressure on transport networks into and out of the city.

1millionadditional people in Auckland by 2046

Challenging norms to help create a city for people

Our holistic approach to the proposed route selection is rooted in our deep experience in the development of new light rail networks around the world, including Sydney Light Rail, Gold Coast Light Rail and the Luas Line in Dublin.

The route for Auckland Light Rail is heavily constrained with steep gradients in the CBD fringe and narrow corridors through inner-city suburbs and village centres. We challenged the “norm” on light rail technology capability using real world examples to optimise an indicative route for operation and urban regeneration potential.

Through extensive optioneering and innovative stop arrangements within the constrained village centres along Dominion and Sandringham Roads we minimised property impacts and maximised LRT operational efficiency, allowing for widened footpaths and increased amenities and urban design outcomes in the newly pedestrianised CBD.

This major construction project is located in a heavily congested corridor containing multiple major utilities – including gas, water and electricity – providing essential services to the operation of Auckland’s CBD. As a result it was critical to understand how the proposed route alignment may impact on the location of underground utilities.

Usually a costly manual assessment, we created an entirely new automised system to detect the clashes that consolidated existing utilities’ asset information into a common data environment. We then applied a machine learning algorithm to further reduce any manual assessments. 5183 clashes were reduced to 443, saving 790 hours engineering – a staggering saving.

*All images Courtesy of Auckland Transport