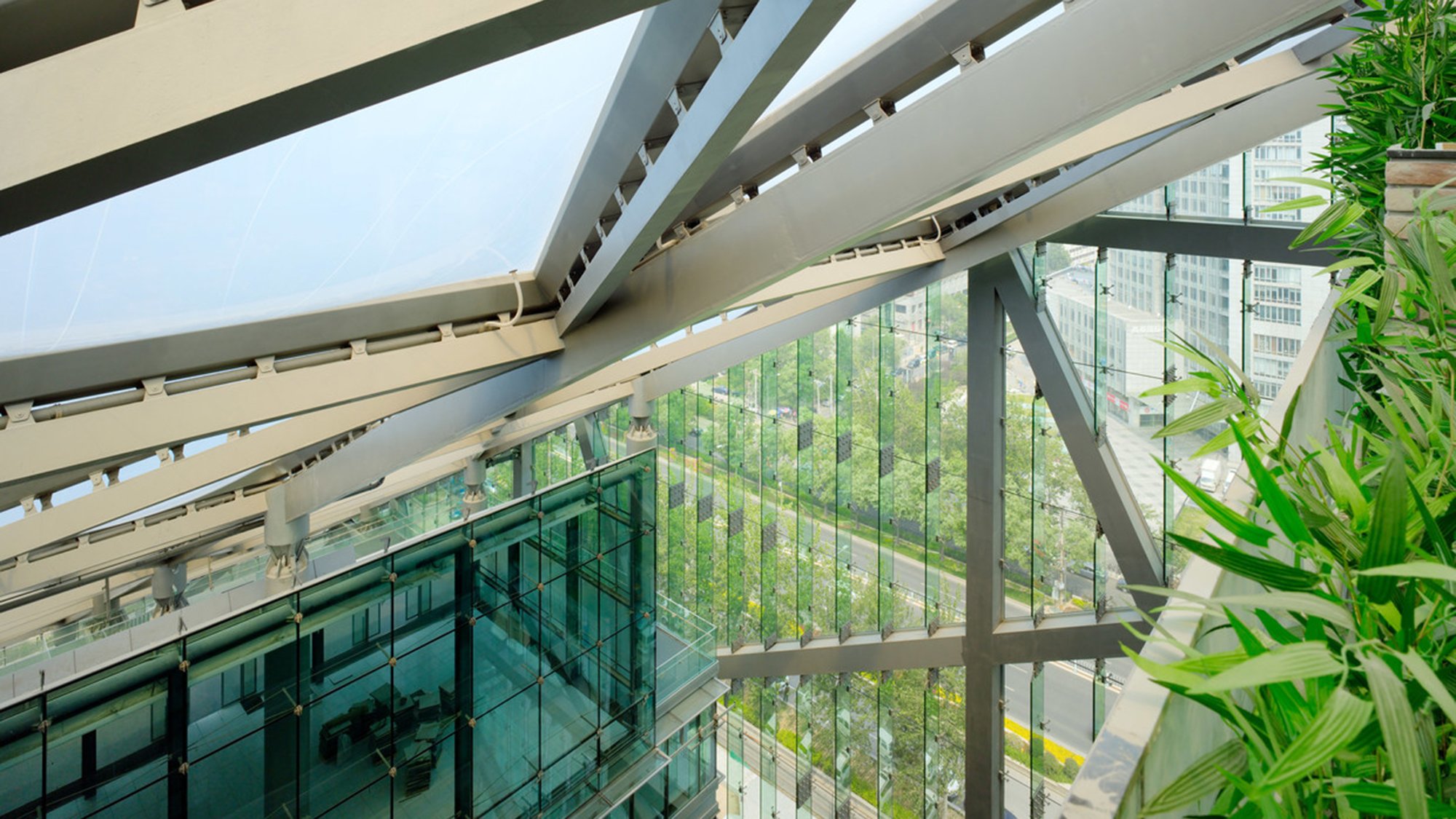 A sustainable urban pyramid of glass and light

Parkview Green FangCaoDi is one of China’s largest sustainable architecture projects. This hotel, shopping and commercial hub was designed with energy efficiency as its goal, setting the standard for a completely new approach to architecture in the region.

Not only is it the first structure in Beijing designed to be environmentally sustainable, but it is also the first to make use of a 'microclimate' as a means of minimising energy consumption throughout a building’s lifetime.

The building encases two nine-storey and two 18-storey towers in a transparent 'envelope', a shield from the environment. The resulting 'buffer zone' is a contained environment within which the climate is relatively uniform and easily changed.

The buffer zone increases the thermal insulation, so reducing energy consumption. In the extreme seasonal temperature variations in Beijing, the shield limits the need for air conditioning in scorching summers and reduces heat loss during freezing winters.

The microclimate is supplemented in summer with a mechanism to let trapped heat escape. The Arup team devised ventilation louvers, installed at the top of the envelope. These act as chimneys, allowing the warmest air to escape and creating an upward flow of air. As the air escapes, cooler air is drawn up from the bottom of the building, creating air movement and natural ventilation. 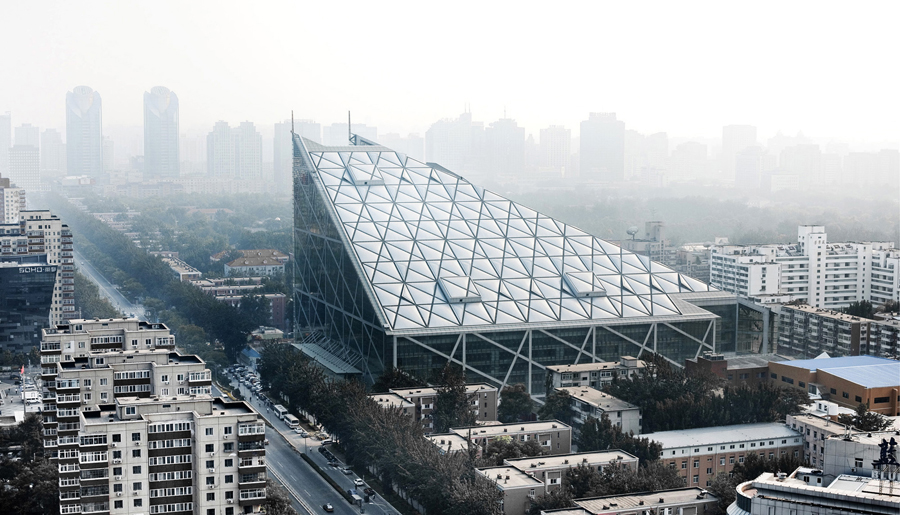 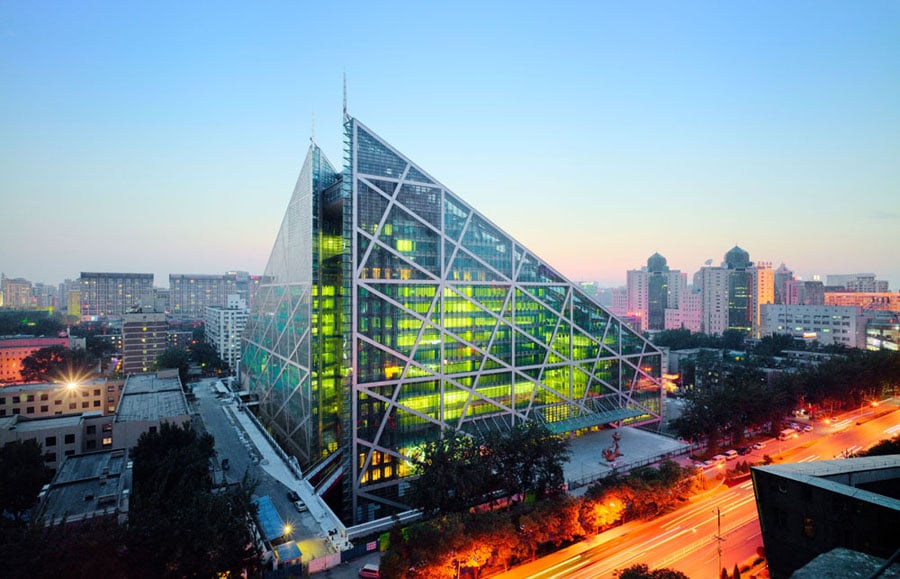 1 of 2
Unique architectural form, pyramidal roof, conceived from the respect of ‘rights of light’ stipulations to neighbouring residential buildings.

While Parkview Green FangCaoDi has been lauded for its innovative use of a microclimate, its most significant long-term contribution is likely to be to the development of sustainable building design in one of the world’s fastest-developing countries. 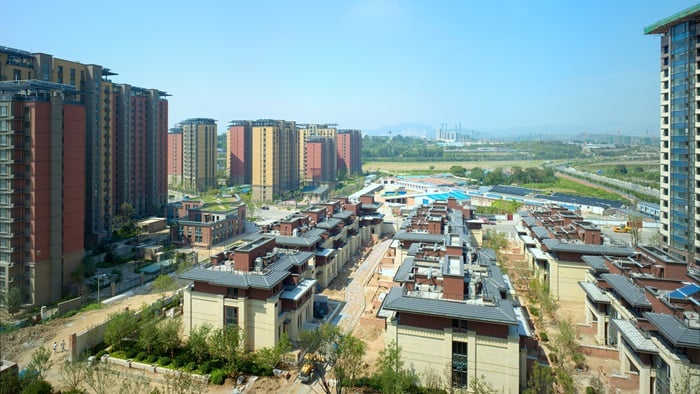 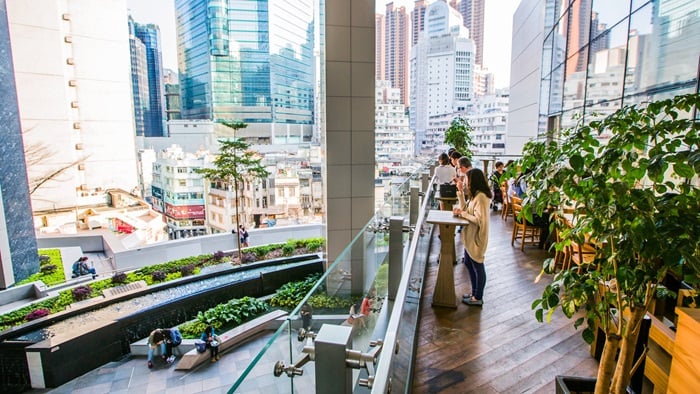