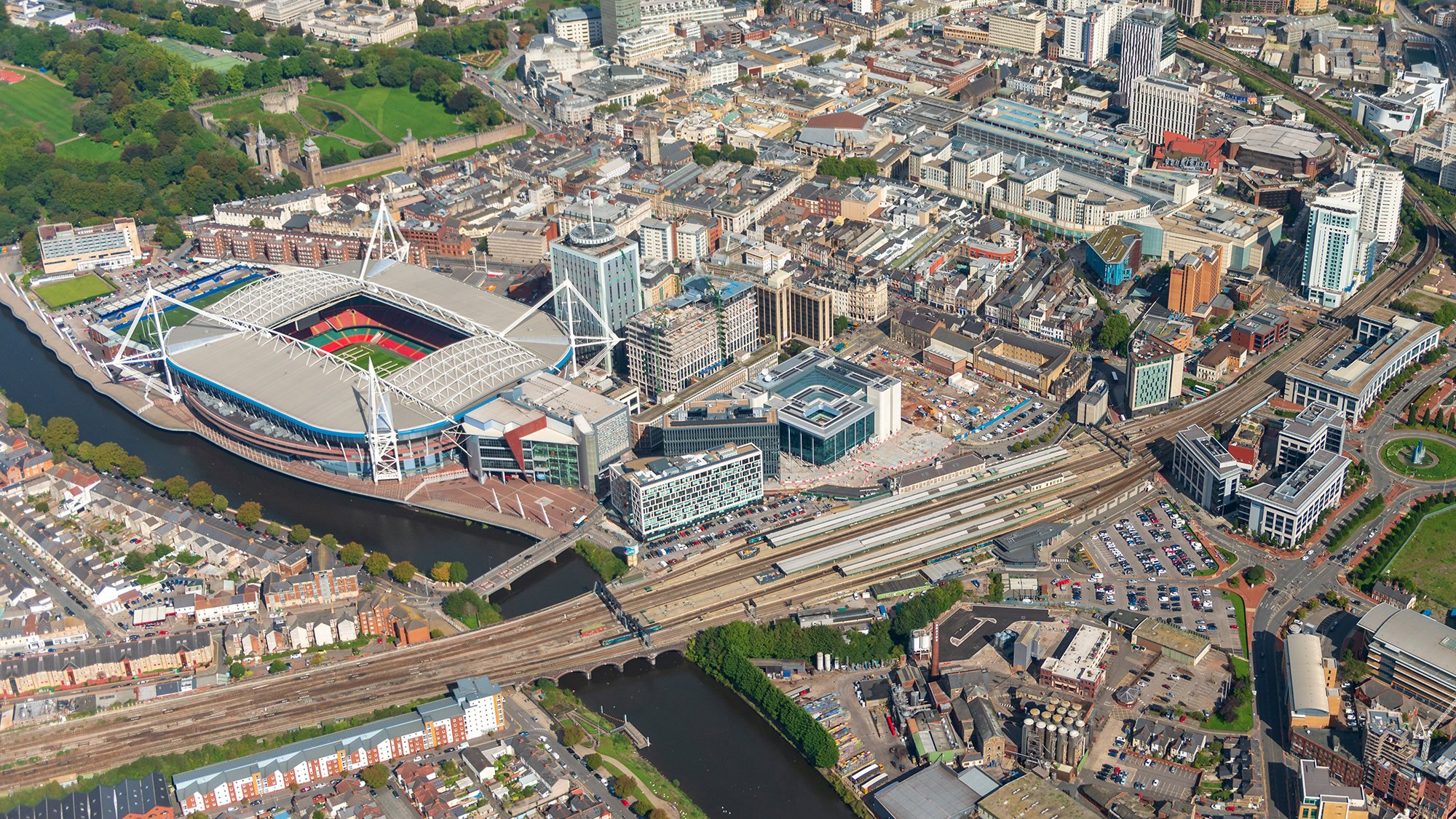 How can you bring business to the heart of a city? 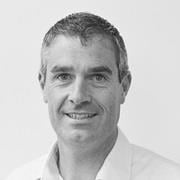 Central Square is a five-hectare city-centre development opposite Cardiff’s main rail station. Comprised of six new buildings, Central Square represents a new commercial-led gateway for the capital city of Wales. Once complete, it will provide contemporary and flexible workspace for approximately 10,000 people.

Developed by Rightacres Property, with funding from Legal and General, Central Square’s flagship building is a new 14,000m² headquarters for BBC Cymru Wales. Until this ambitious development became a reality, passengers making one of Cardiff Central railway station’s 12 million annual journeys were greeted by a series of outdated and run-down buildings that separated the station from the city centre.

Arup has made a significant contribution to the development of Central Square, working on multiple aspects of the design of all five of the six buildings designed to date, including serving as primary engineering designer for Rightacres on the shell and core of the new BBC building and a major new office for UK tax authority, HMRC.

The five-hectare Central Square site lies immediately north of Cardiff’s main rail station and is sandwiched between the mainline railway, the River Taff and a 74,500-seat stadium. This brownfield site has an extensive and complex history, which prompted our geotechnical engineers to address a series of challenges as development has progressed.

The first building to complete was One Central Square, a 16,000m² speculative commercial office within 20m of the River Taff. Early discussions between Arup, Network Rail and party wall surveyors allowed us to identify potential risks of building close to a specific retaining wall and to set vibration criteria early in the design process. This meant that the associated costs could be incorporated into tenders, reducing the risk of late-stage changes. One Central Square has proven a highly-successful development and won RICS’ UK-wide commercial office of the year award in 2017.

Central Square is also home to a 12-storey office designed as a new home for over 3000 HMRC staff, as well as a smaller number of Cardiff-based staff from other UK Government departments. One of the largest office developments in Wales to date, this building is located on the site of what was once Wales’ biggest newspaper printing press. The multidisciplinary engineering team retained and incorporated the former structure’s basement within the new building. This simplified the temporary works required during the new building’s construction but added constraints to perimeter piling. Our engineers overcame this challenge by working closely with the piling contractor to probe for undocumented existing piles, amending piling plans and structural solutions as groundworks progressed.

The square creates pedestrian links between the station, the stadium and the city

Creating outstanding office space that will meet the current and future needs of international and UK organisations has been an overriding priority of the Central Square project. Our structural, building services and specialist engineers have worked closely with architectural and client teams to maximise the flexibility of designs.

For example, floor plates that allow stairs and atriums to be added late in the design process or moved to alternative locations at a future date when occupants’ requirements change, are a key feature of both One and Two Central Square.

Resource efficiency and lower carbon emissions have also been important, with all Central Square buildings designed to achieve BREEAM Excellent or Outstanding accreditation. Arup’s sustainability team has acted as BREEAM consultants for both the BBC and HMRC buildings.

The development’s two speculative office buildings have been fully let, with organisations that include leading law firm Hugh James and Cardiff University's School of Journalism, Media and Culture choosing to relocate to Central Square.

Working with Arup has brought their international experience and in-house expertise to our challenging projects in the City Centre. This has helped our teams working across the developments in Central Square to deliver projects that meet the exacting brief of our funders and tenants. Arup have also understood the need for flexibility, allowing us to adapt plans and deliver commercially-viable buildings that provide a vibrant new gateway to the city ” Paul McCarthy Chief Executive, Rightacres

Arup’s acoustic engineers worked on several of the buildings, including the Foster + Partners-designed BBC Cymru Wales headquarters. This building required column-free flexible floor space, reduced building height, transparency between offices and studios as well as acoustic isolation for studios and a floor vibration specification equal to that of a hospital operating theatre.

Our acoustic engineers worked with the façades team to develop a simplified method for delivering acoustic isolation for the studios without the added complexities of a ‘box in a box’ construction. Our structural engineers and vibration specialists collaborated to enhance the vibration performance of the floor design, specifying a damping treatment called Resotec- a product originally developed in collaboration with Arup. These measures combine to meet acoustic and vibration requirements whilst maximising the building’s internal space. 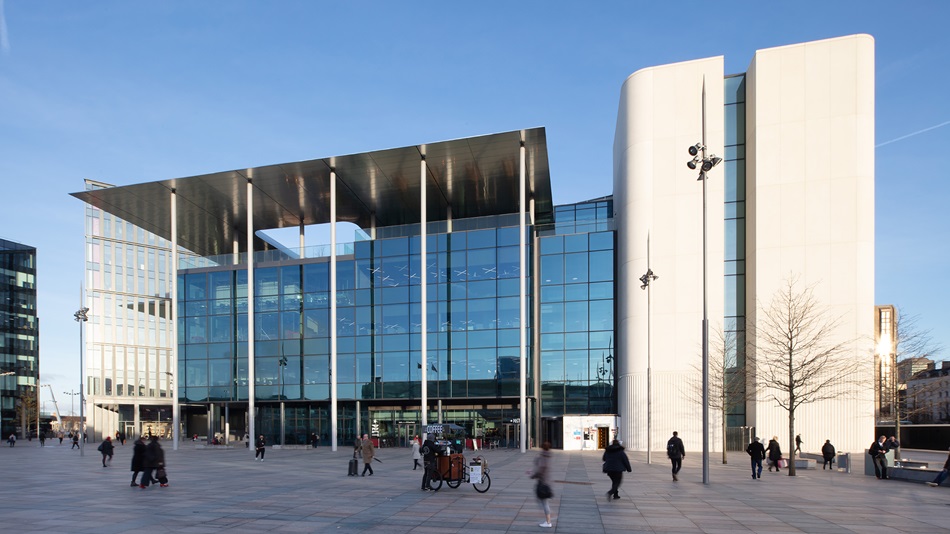 Speak to Ben about the Cardiff development 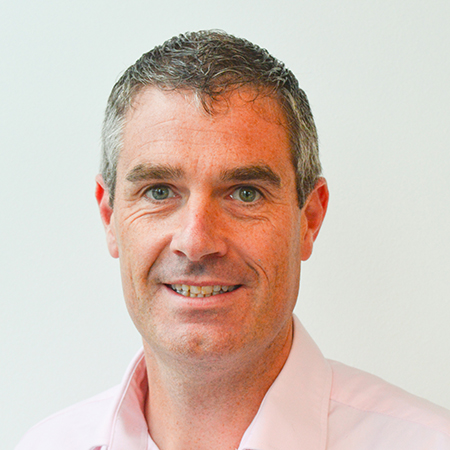 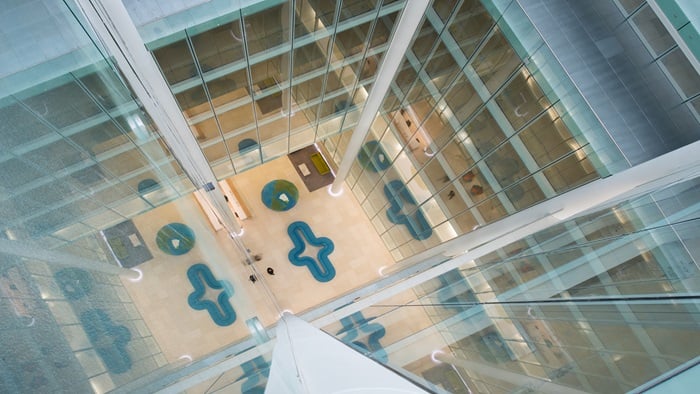 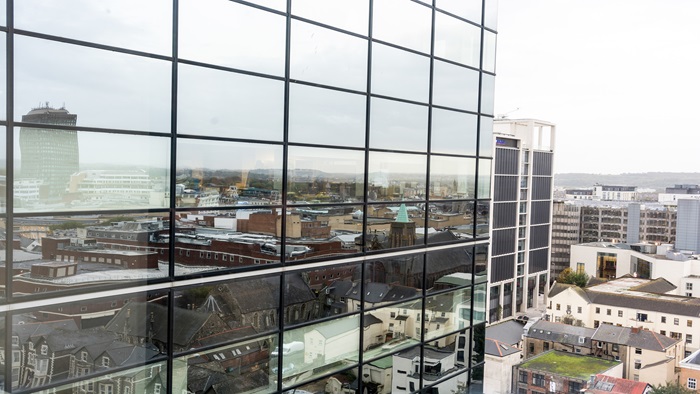 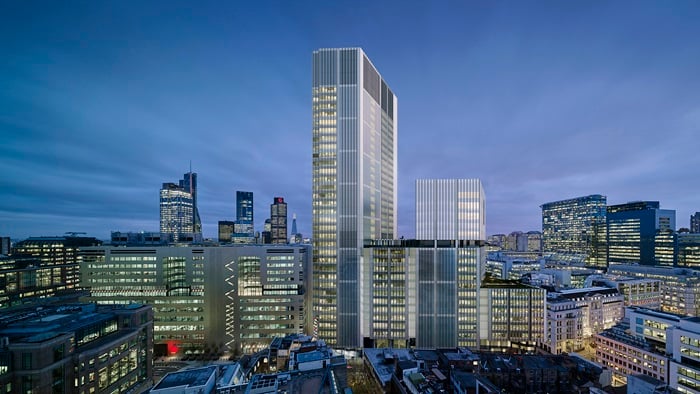 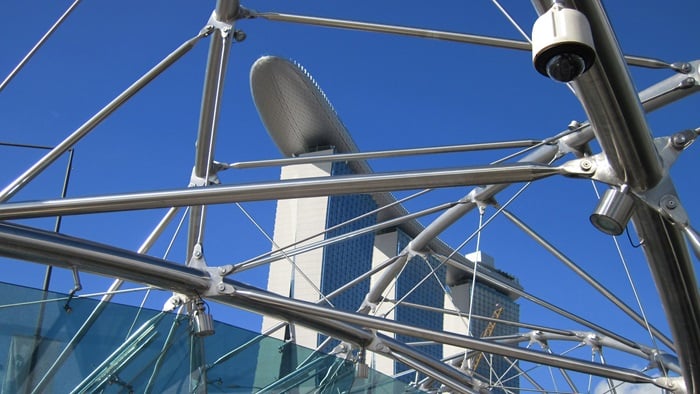