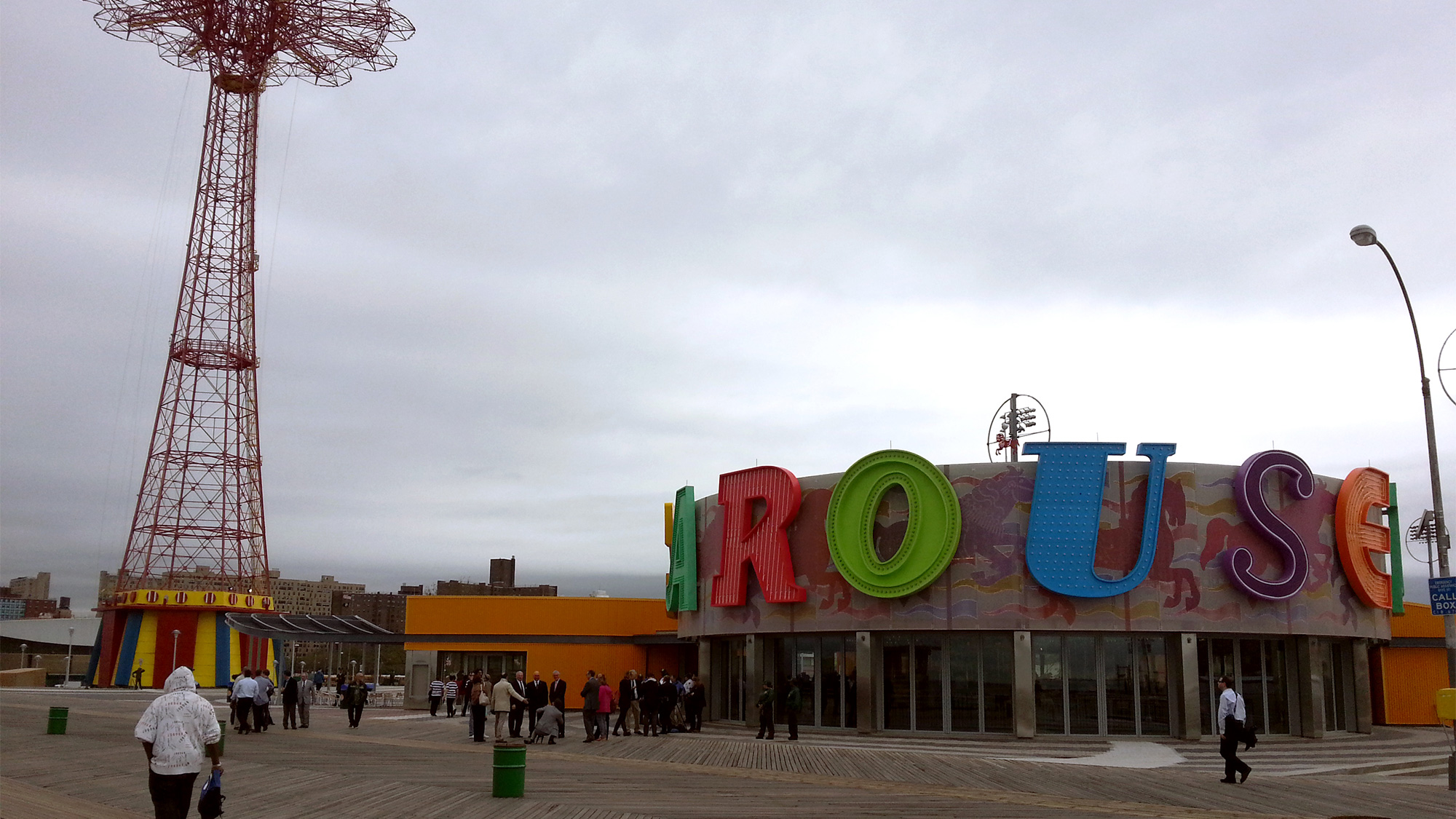 As part of the New York City government’s comprehensive plan to reinvigorate the Coney Island amusement park and its surrounding neighbourhood, Arup helped the Rockwell Group create a new home for a restored 1919 carousel.

Prominently situated between the boardwalk and baseball stadium, the $25M project is the flagship of the broader redevelopment effort.

Our scope included structural, mechanical, electrical, and plumbing engineering for the four buildings (including the carousel structure enclosure and three small satellites: a café, a community function room, and a mechanical and bathroom wing). We also provided LEED and sustainability consulting for the building and site, which houses an outdoor performance space, recreational area, seating and site furniture, water features, and a public plaza.

Designing for ease of operation

A primary design driver for this publically funded and operated project was the need for simple, low-cost operation and maintenance. We worked with Rockwell Group to develop a solution that was both architecturally significant and a good fit for the New York City of Parks & Recreation, the agency that will be responsible for the structure after its completion.

One key strategy employed was the use of natural ventilation in the carousel enclosure. To cool the space during New York’s hot, humid summers, we designed a system that relies on hot air’s natural tendency to rise. Air enters through open doors at the structure’s base and is expelled through open cupola windows at its apex. Temperature and rain sensors open and close the cupola windows as appropriate.

Mechanical temperature control will be employed in the main space only during the winter.

We enabled the architect to create an 80-foot-wide long-span roof for the carousel enclosure by designing a dome structure with a central compression ring at the cupola. The downward force is resisted by a perimeter compression tension ring which is supported by 16 columns.

The dome solution required significantly less steel than would have been required for a flat roof, saving the client money. 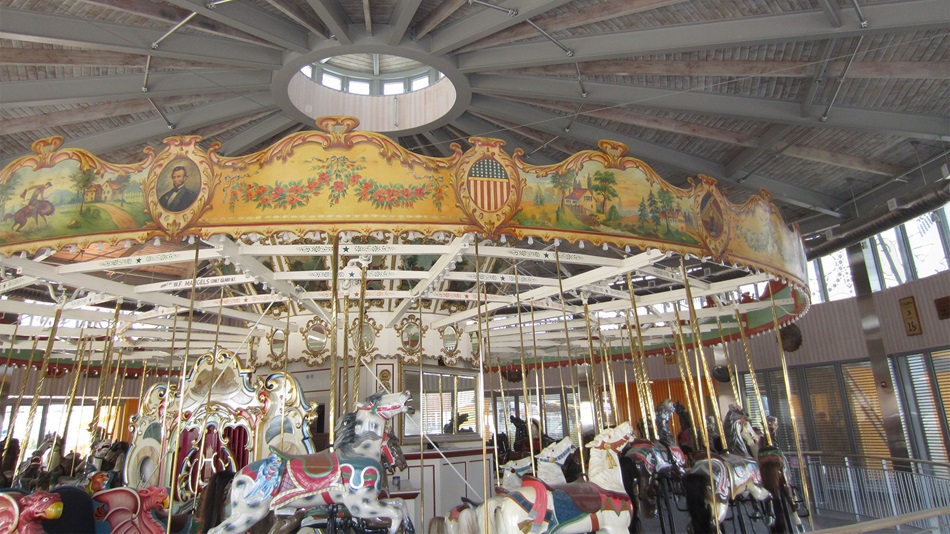 Arup helped the Rockwell Group create a new home for a restored 1919 carousel. 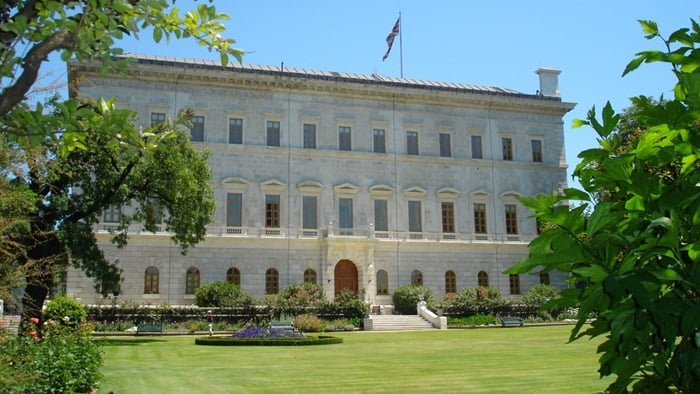 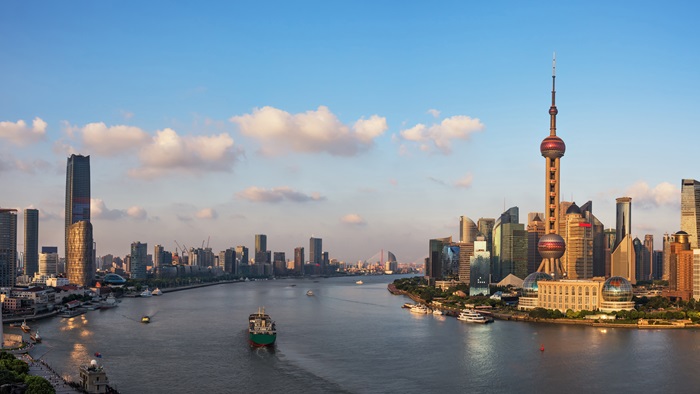