Crossrail: adding a vibrant mix of commercial, residential and retail property above the Elizabeth line 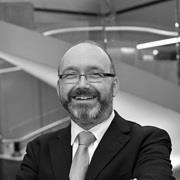 Major new or redeveloped rail lines provide significant opportunities beyond the station. With space for new offices, retail and residential in often densely populated cities, over-site development (OSD) is an integral part of meeting the needs of the local community.

Arup’s approach to OSD schemes recognises that designing on top of one of the most expensive and city-critical infrastructure assets, requires a lot of trust. Commercial developers and rail network operators have very different goals and concerns, they need to offer tenants and passengers a very different experience. Yet successful OSD projects must unify these agendas into a high performance and appealing building.

A major concern for developers is both sound and vibration from the rail service running under its building. High specification offices or residences will not attract buyers or tenants if the noise of the trains is conducted up through the structure.

Arup developed a structural acoustics approach that could address station vibration caused by the services and the noise of the massive ventilation fans the lines depend on (that produce up to 120db of sound – the equivalent of an aircraft taking off). Our role was to solve these issues for the rail operator and commercial developer by using structural dynamics to predict how the buildings would ‘sound’ and ‘feel’ before they were built. We could model vibrations from the railway precisely, modelling the OSDs’ structural response to vibration from the fans and tested ‘excitation’ from the railway through the walls above. We used SoundLab to demonstrate what the clients would (and more importantly, wouldn’t) hear in the finished building. This was key to getting Bond Street’s OSD, 65 Davies Street, the greenlight and produced, a project worth £40m to Crossrail. 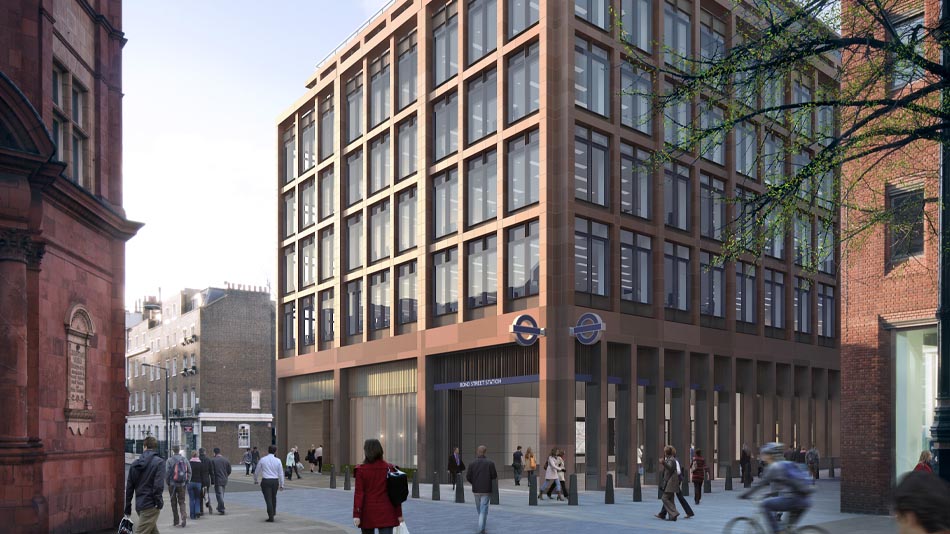 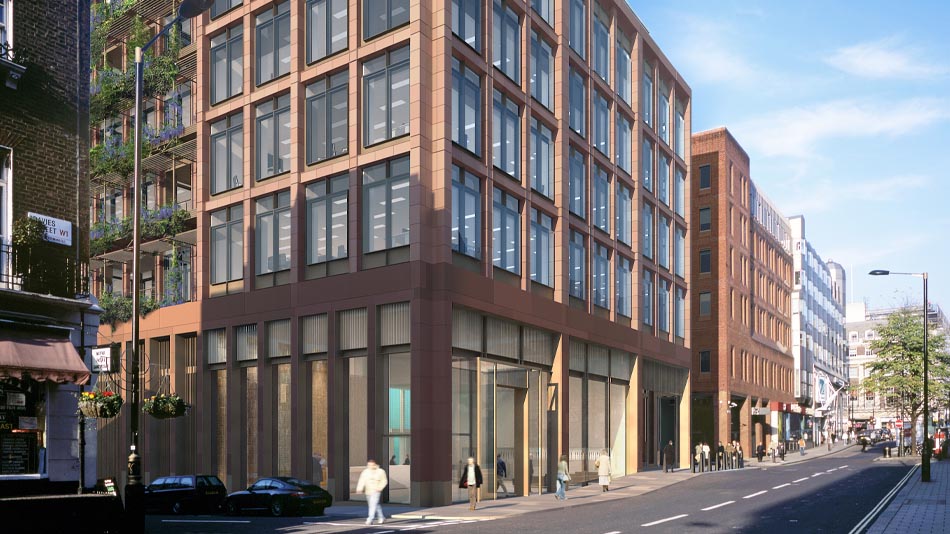 1 of 2
We worked closely with the developer, Grosvenor, and Crossrail to negotiate an effective engineering solution that enabled 65 Davies Street to be realised. © PLP

At Soho Place, a 10 storey 209,000ft2 office and 36,000ft2 retail development has been created above and around the existing London Underground station and new Elizabeth Line tunnels on Tottenham Court Road station. Working closely with Crossrail and London Underground Limited over a period of 15 years we were able to influence the station design giving the developer a further 28,000ft2 of lettable area. The office was fully let before completion.

Crossrail was a decades-long project, during which the goal of more sustainable buildings has only increased in importance. We took account of future building regulations, occupier trends and increasing sustainability standards and the completed building is predicted to receive a BREEAM ‘Outstanding’ rating, becoming developer Derwent’s lowest embodied carbon, new build project.

At Canary Wharf, our team helped to deliver Crossrail Place, which sits above the station with four levels of shopping and restaurants. Our design created retail spaces that can be reconfigured to give highly flexible and multifunctional units to accommodate different tenant needs. 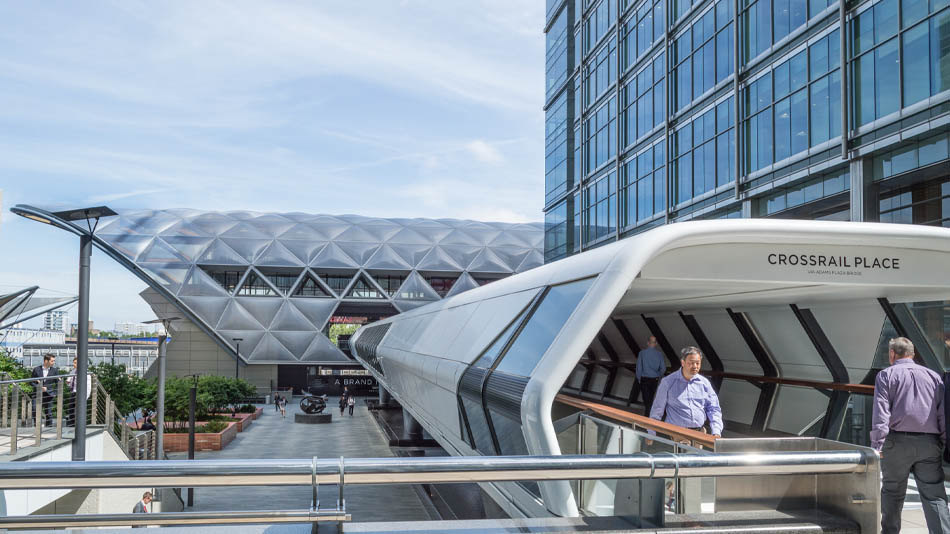 We developed engineering solutions for Crossrail Place that allow future changes to be undertaken without any disruption to the operation of the station below.

When a new line is agreed, there are often implications for existing structures that hold cultural significance within a city. With some clever engineering, Arup was able to accommodate a new NIMAX theatre within the southern part of the Soho Place site at Tottenham Court Road station. This 600 capacity venue represents a major advance from the typical Victorian design theatres that populate the West End, offering six different spatial formats through a system of foldable and modular balcony structures to allow it to meet shows’ different performance requirements. Our acoustics and structural engineering team developed the theatre so that it was isolated from the railway below, with the auditorium in a precast ‘box within a box’, to shield it from the noise and vibration of the many lines beneath it.

A new way to develop above transport

With a developer committed to the OSD, some or most of the cost of developing a new station below can in effect be funded by the private sector – a major draw for rail clients.

Our experience making these (and other) private mixed-use development projects workable and appealing leads to some valuable conclusions. OSD needs an original vision that finds common ground between the needs of a railway and a developer’s commercial goals. As a partner to all parties, our approach married sound property development insight with a deep understanding of railways and the technical insights needed to work through these schemes’ unique engineering challenges.

Beyond the vision, you need a working culture that is open, flexible and adaptable to change, one where all parties are able to develop a solution that truly adds value to the community of users, passengers, tourists and residents that will be affected by the new building

Millions of passengers will benefit from London's new Elizabeth Line. Arup played a key role from the very start, working in joint venture with our partners on infrastructure, tunnelling, geotechnics, station technical design, fire engineering, acoustics and many related elements.