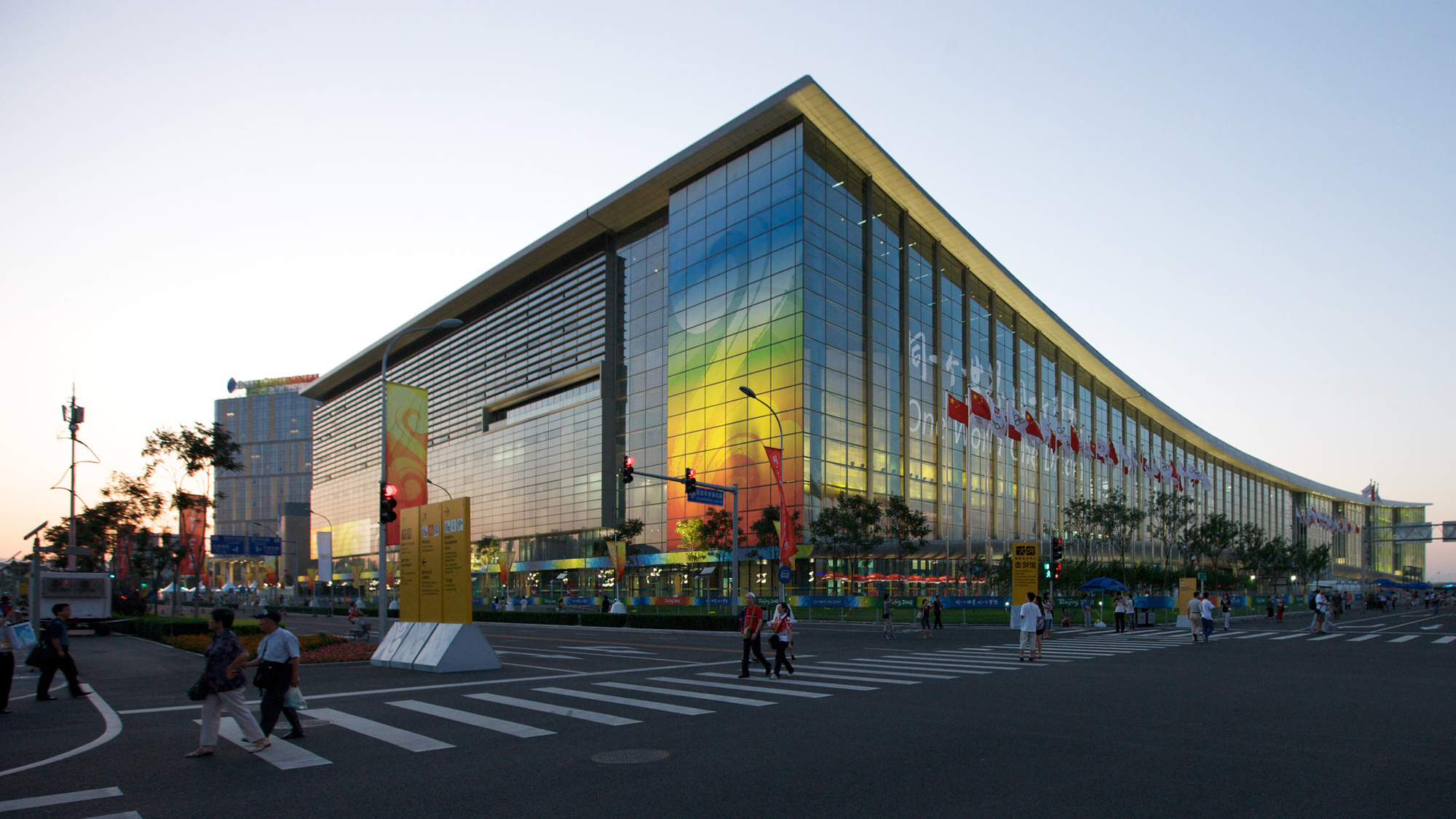 With a striking curved roof that pays homage to traditional Chinese architecture, this project is a major contribution to Beijing’s modern architecture.

During the 2008 Olympics the venue hosted fencing and pentathlon events and served as an international broadcasting and press centre. After the games, the hall became a world-class exhibition, convention, banqueting and retail centre with a capacity of 6,000.

The centre is made up of several buildings linked together by a 'street' zone which stretches the length of the site. This design a 'bridge' metaphor, a symbol of unification and communication in Chinese culture.

6,000 visitors for world-class exhibition and convention facilities after the Beijing Olympics game

380,000kWenergy saved annually due to the underground garden

The structural design effectively addresses the seismic and vibration performance of the long-span structures and their supports. 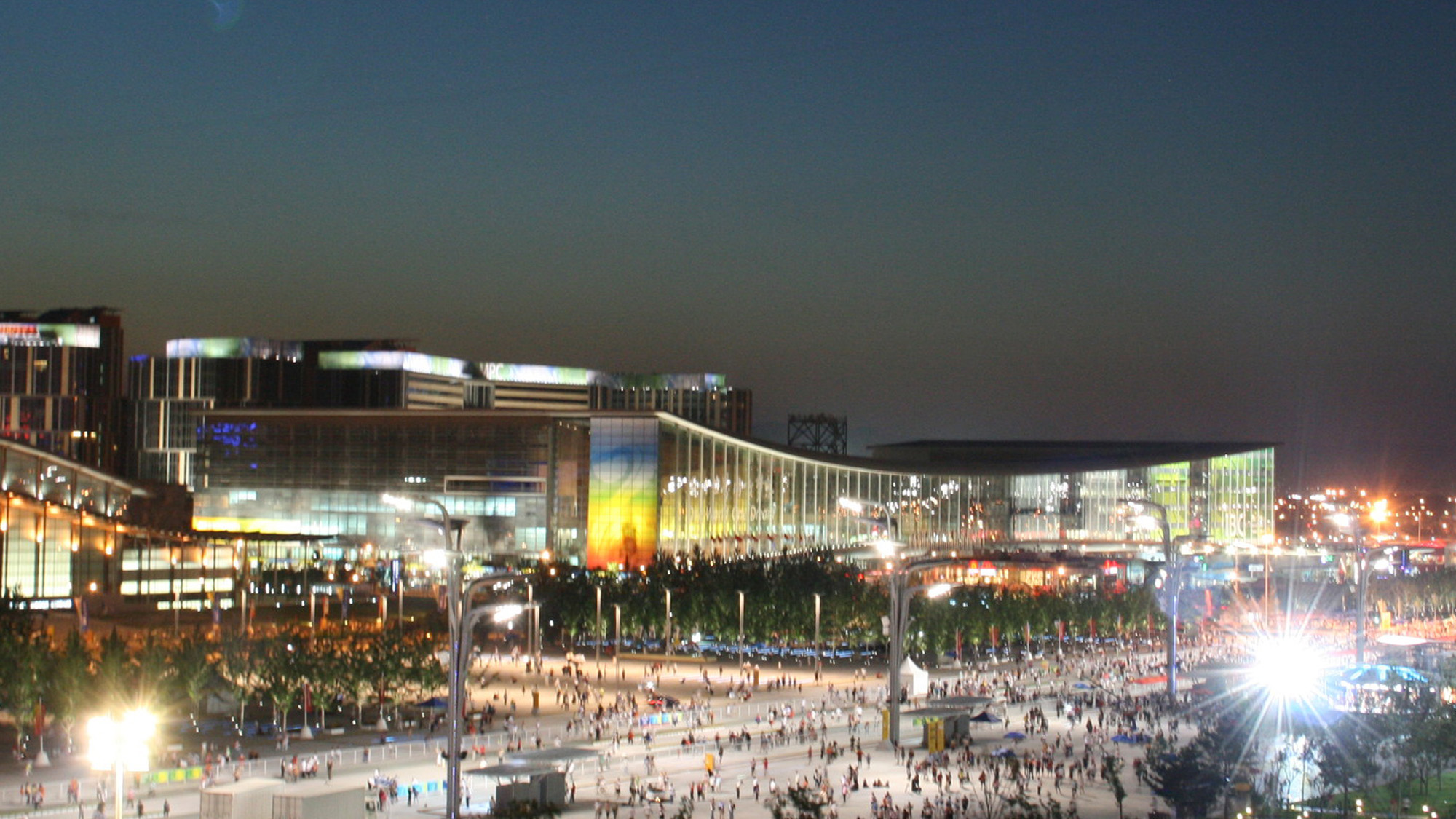 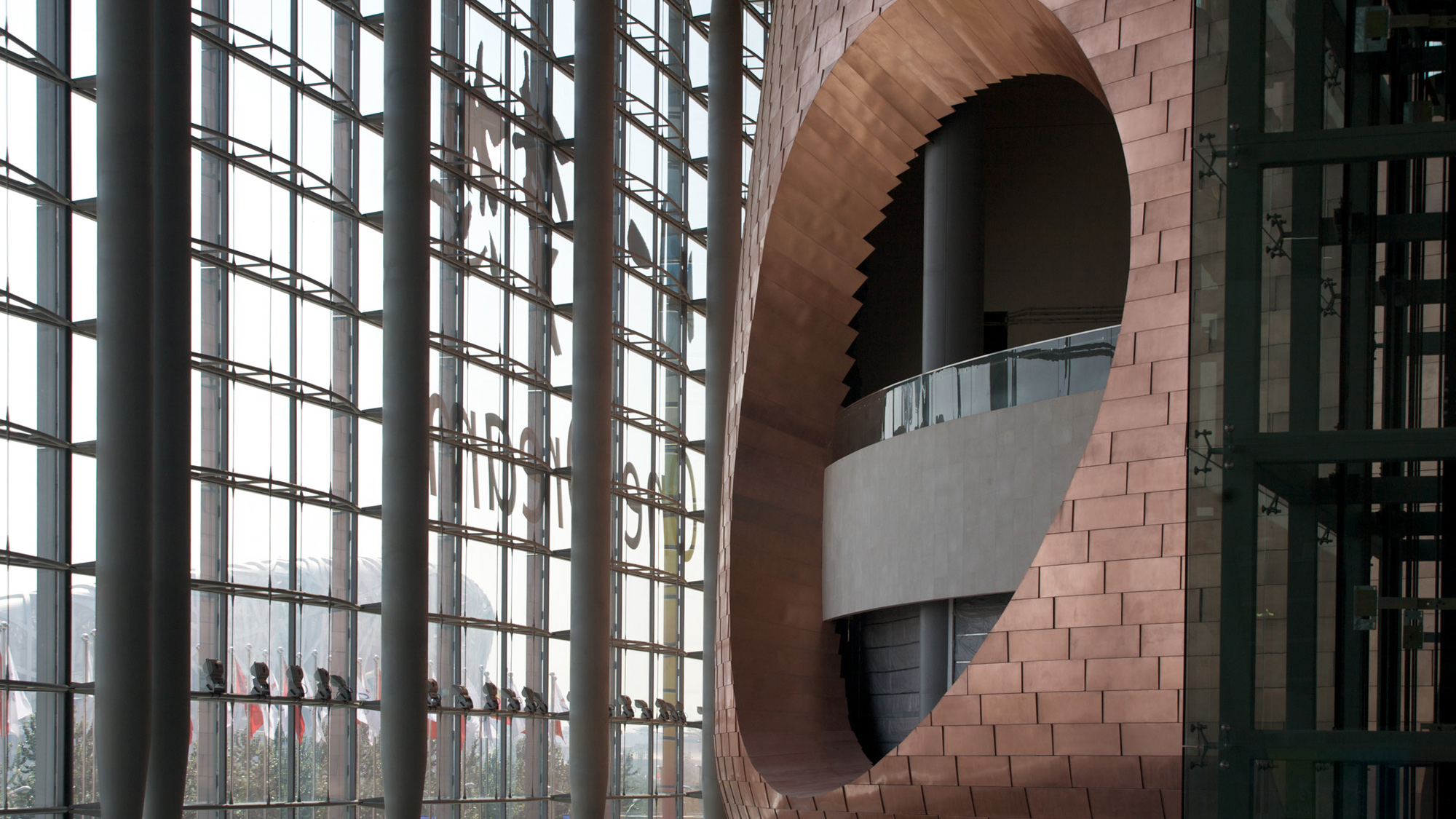 1 of 2
The building, with its striking roof, is a major contribution to Beijing’s modern architecture.

The distinctive roof doubles as a major environmental feature. Its shape mirrors the traditional Chinese 'flying roof' and acts as a giant rainwater collector. Water is channelled into a treatment facility and used around the site.

Traditional air conditioning is replaced by an innovative energy-saving system. A garden 7m below ground level, with a cooler temperature than the interior of the building, is used to cool the indoor space naturally. This saves an estimated 380,000kW of energy each year. 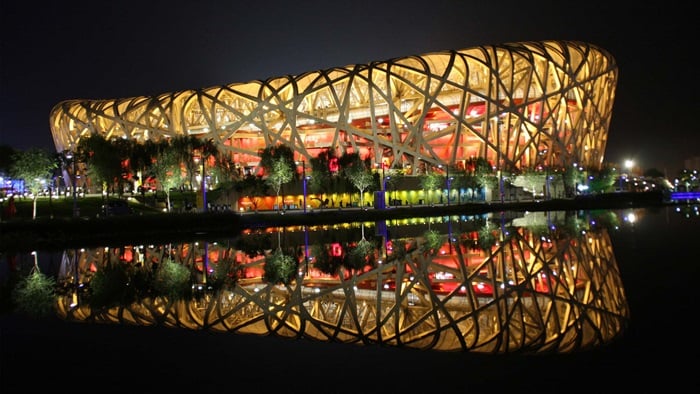 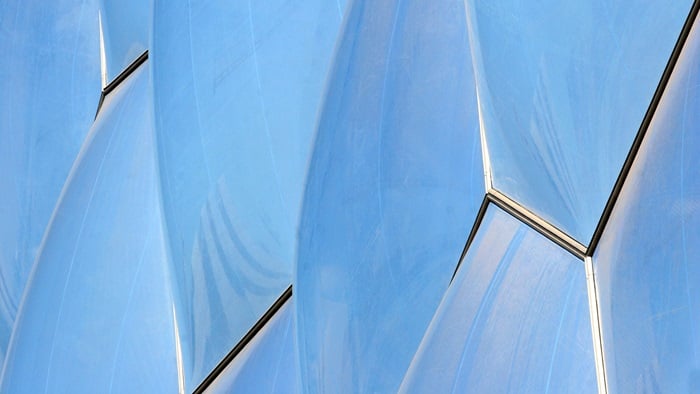 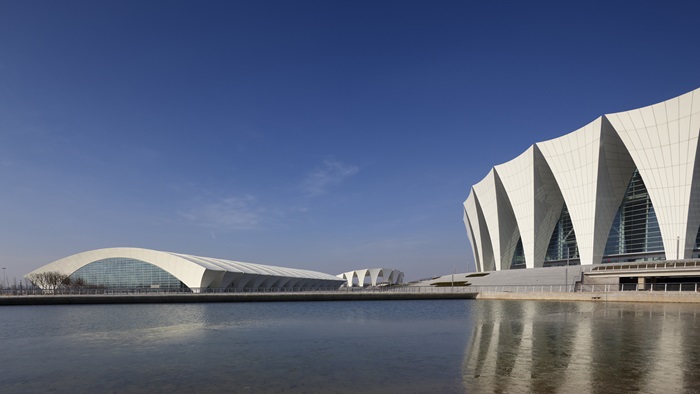