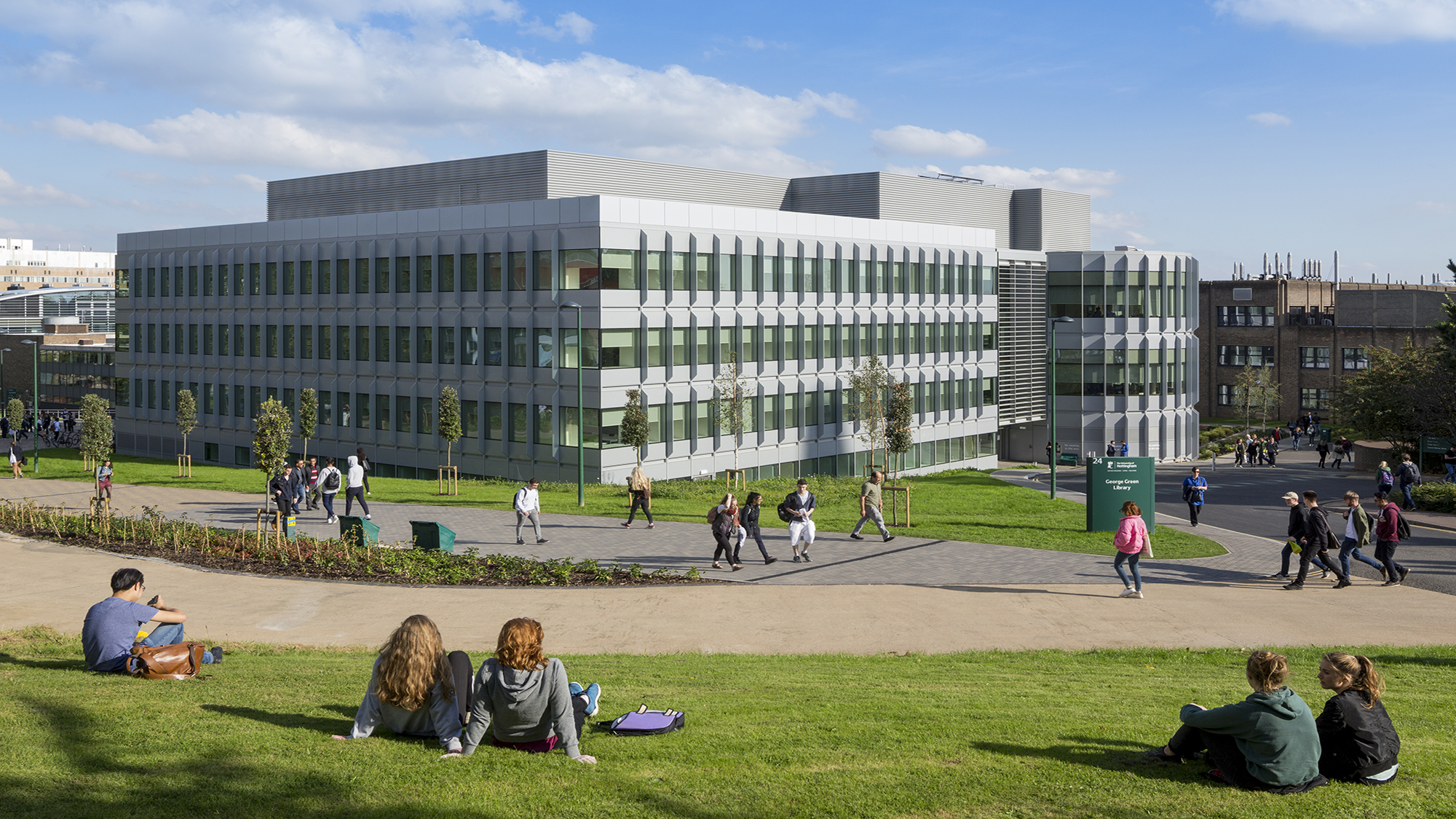 Can a sixties concrete structure be transformed into a 21st century library? 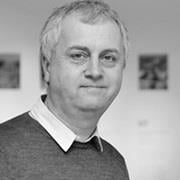 The George Green Library at the University of Nottingham has been transformed from an underused 1960s building into a modern facility with high sustainability credentials and a BREEAM rating of 'Excellent'.

The project involved major refurbishment of the existing library. This included extending it to double the total useable space and a new façade ‘wrapping’ around the existing building and extension, creating a unifying aesthetic. This transformation was made possible through innovative structural interventions to retain much of the original building.

Arup provided multidisciplinary engineering services and demonstrated that it is possible not just to refurbish existing buildings, but to successfully adapt them without the need for demolition and rebuilding.

The project works saw the existing façade replaced entirely with a new continuous cladding system around both the refurbishment and extension. Two new entrances were created, leading into a large double storey atrium space. Our major engineering interventions were integral to the successful reuse of the building. These included lowering the existing basement slab to transform a shallow under croft space into usable day lit areas with staff offices and lecture spaces. Also, our extensive use of 3D modelling yielded benefits in visualising, communicating and coordinating complex geometries of the extension and interface with the existing building.

To fulfil the University’s ambition to achieve a BREEAM ‘Excellent’ rating on all new projects, we applied a range of sustainable technologies during the design. This includes solar shading and photovoltaic panels. Natural ventilation, rainwater harvesting and sustainable drainage systems were also incorporated into the building to minimise flood risk. The introduction of insulation improved the overall performance of the building, which contributed to reduction of operational costs.

The Arup team were very professional and had the technical capability needed to deliver the project to a high standard. The team came up with pragmatic solutions for the project. Including addressing our sustainability requirement for the building to be rated BREEAM “Excellent”. They worked well with all collaborators and were effective at staying within defined budgets. ” 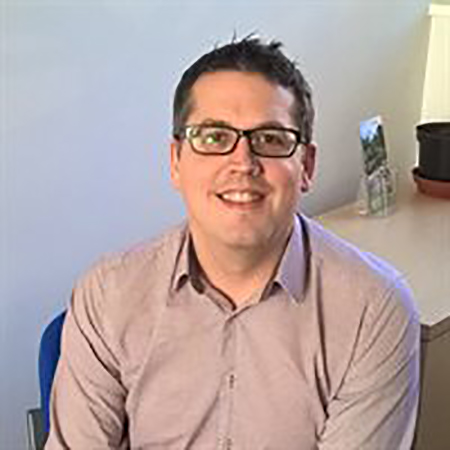 Keeping the building open during construction

We developed a detailed phasing construction strategy with the architect and client to ensure continuous operation of the library. First, demolition works were undertaken within the existing basement to create the necessary space to install the a new basement plant and equipment. The existing library remained operational while work commenced on the construction of the extension, and air handling equipment installed on the existing building roof.

Work then commenced in the basement with the lowering of the existing level and underpinning of perimeter columns. The time required to lower each column individually meant that, in order to meet the programme, this work needed to be carried out while the existing building was still occupied.

Once the extension had been completed, the library operations relocated into the new extension, allowing the major refurbishment of the existing building to commence. The lowering of the basement continued while the stripping-out of the internal finishes commenced on the upper levels. This strategy resulted in no temporary accommodation being required, which provided a considerable saving on potential ‘enabling’ costs for the university. 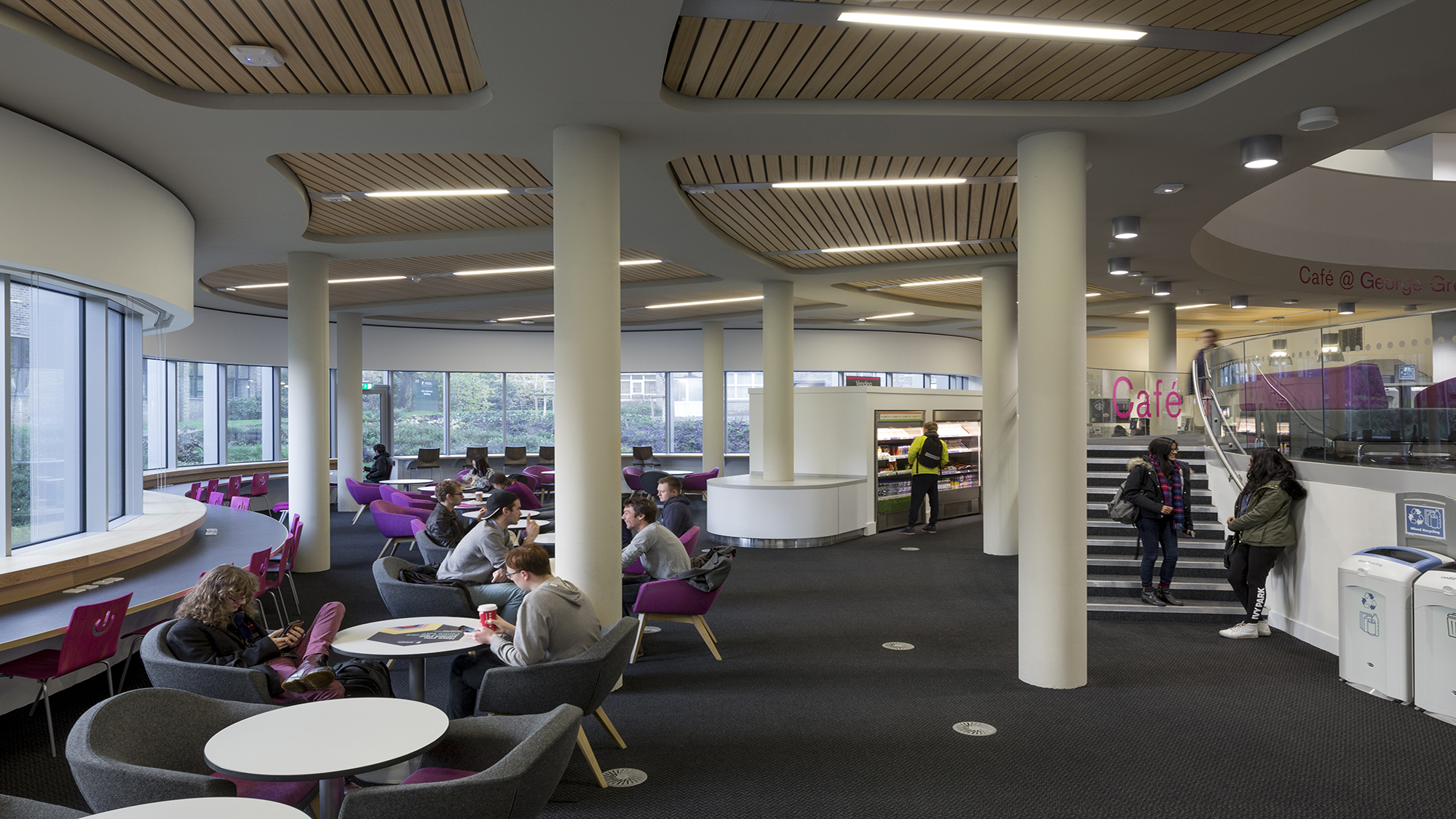 Demolition is not always an answer. The George Green Library at the University of Nottingham has been transformed from an underused 1960s building into a new, modern facility with a café and break-out spaces. © Martine Hamilton Knight 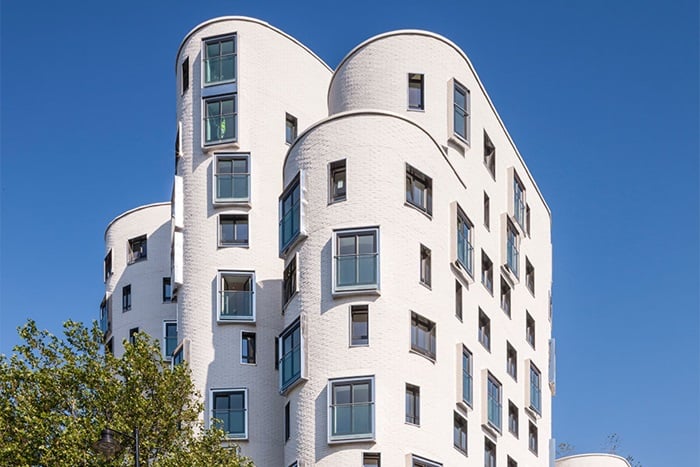 Clapham One The Library Building 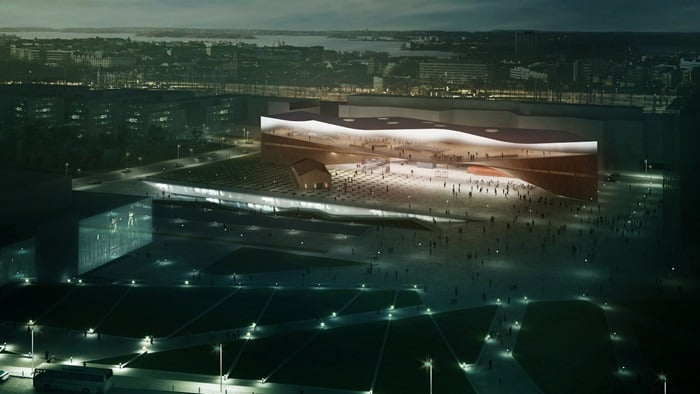