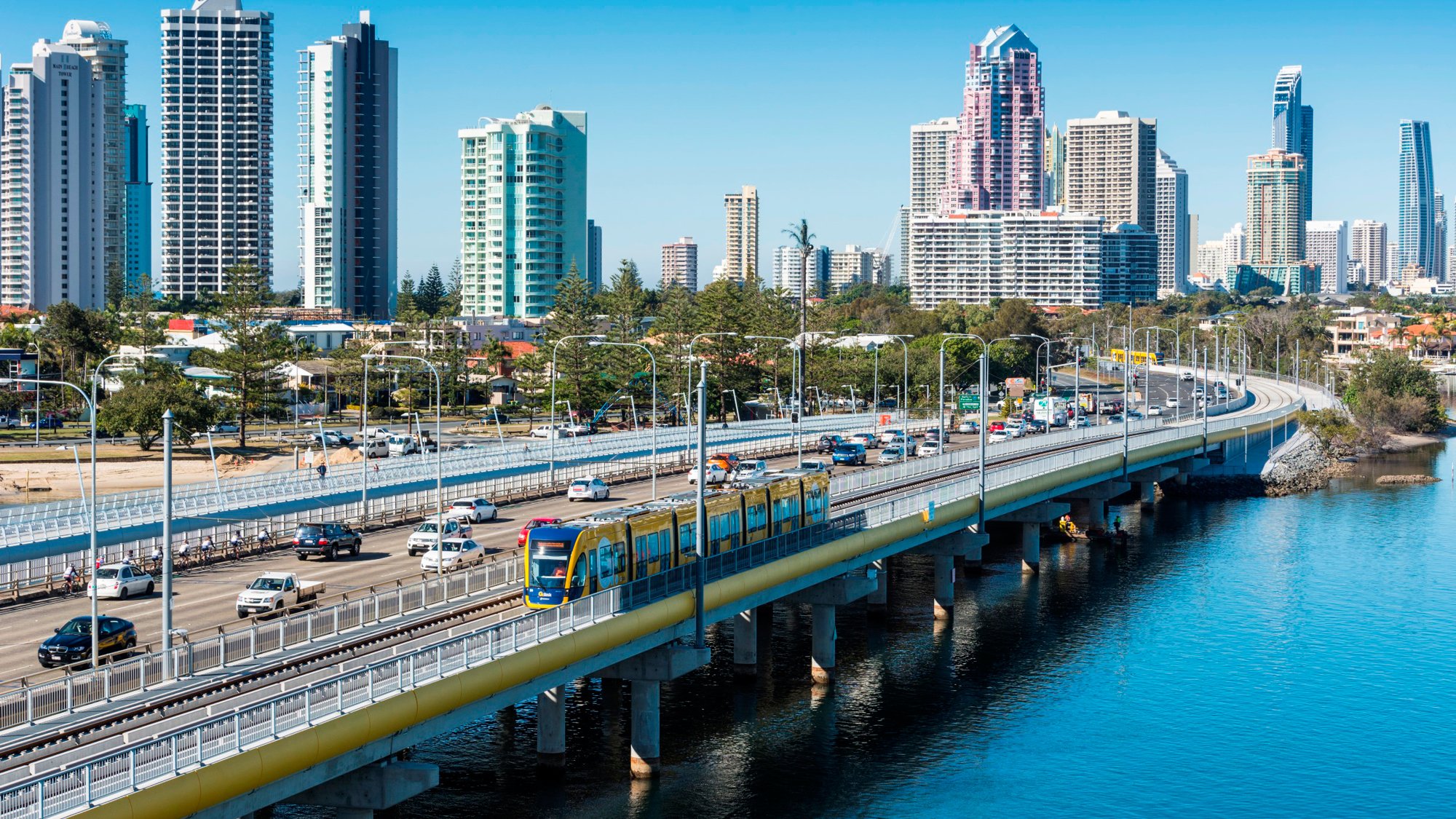 With rapid urban development and population growth on the Queensland Gold Coast creating pressure on a heavily used road network, the State Government procured the first stage of Gold Coast Light Rail under a PPP contract.

Opened in 2014, it was extended within three years, demonstrating the success of the first stage. Patronage has increased to almost 12 million passengers a year, and a further extension to the south is in the planning stage.

Arup was the lead design consultant, carrying out the detailed civil engineering design for Stage 1. With 16 stops, it is 13km long, connecting the Gold Coast University Hospital, Griffith University and Southport with the commercial, retail and recreational centres of Southport, Surfers Paradise and Broadbeach.

Arup worked with the future operator during the tender period to test signal priority strategies for light rail by developing a microsimulation model supplied by the client. We were able to demonstrate that a higher level of priority could be provided without significant additional delay to road traffic. This both reduced the light rail journey time and made it more consistent, attracting more passengers whilst minimising the fleet size and operating costs. 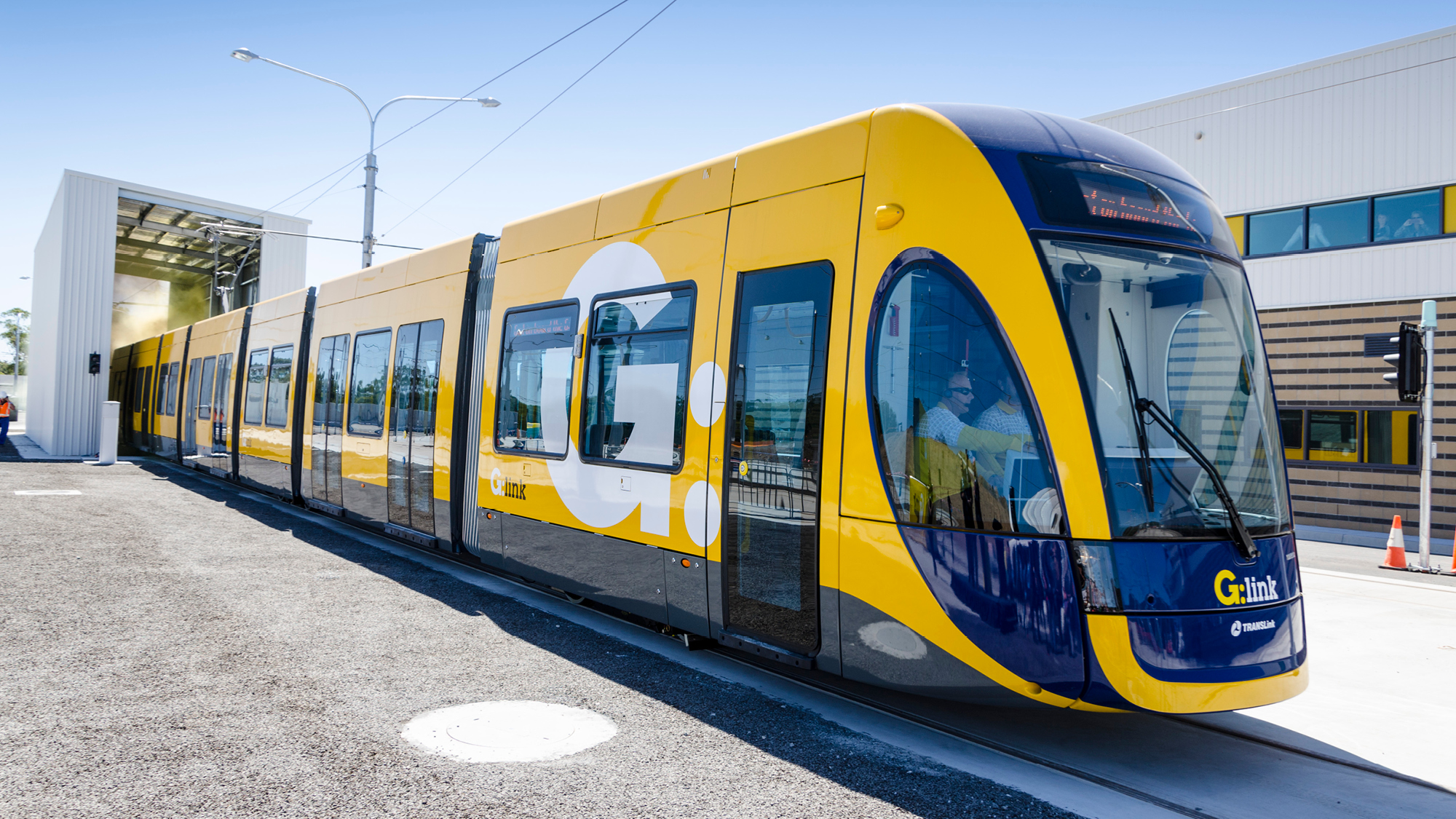 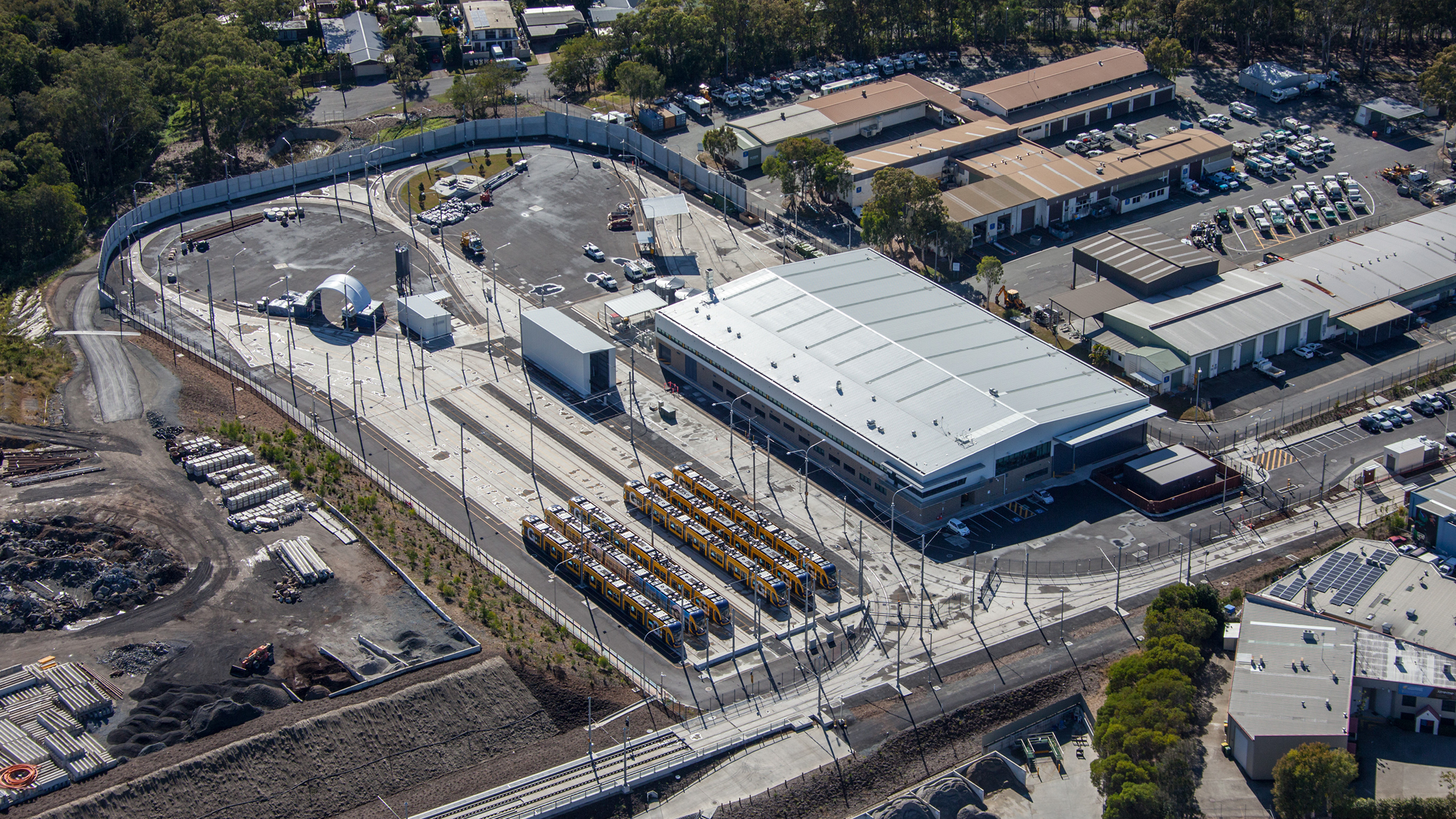 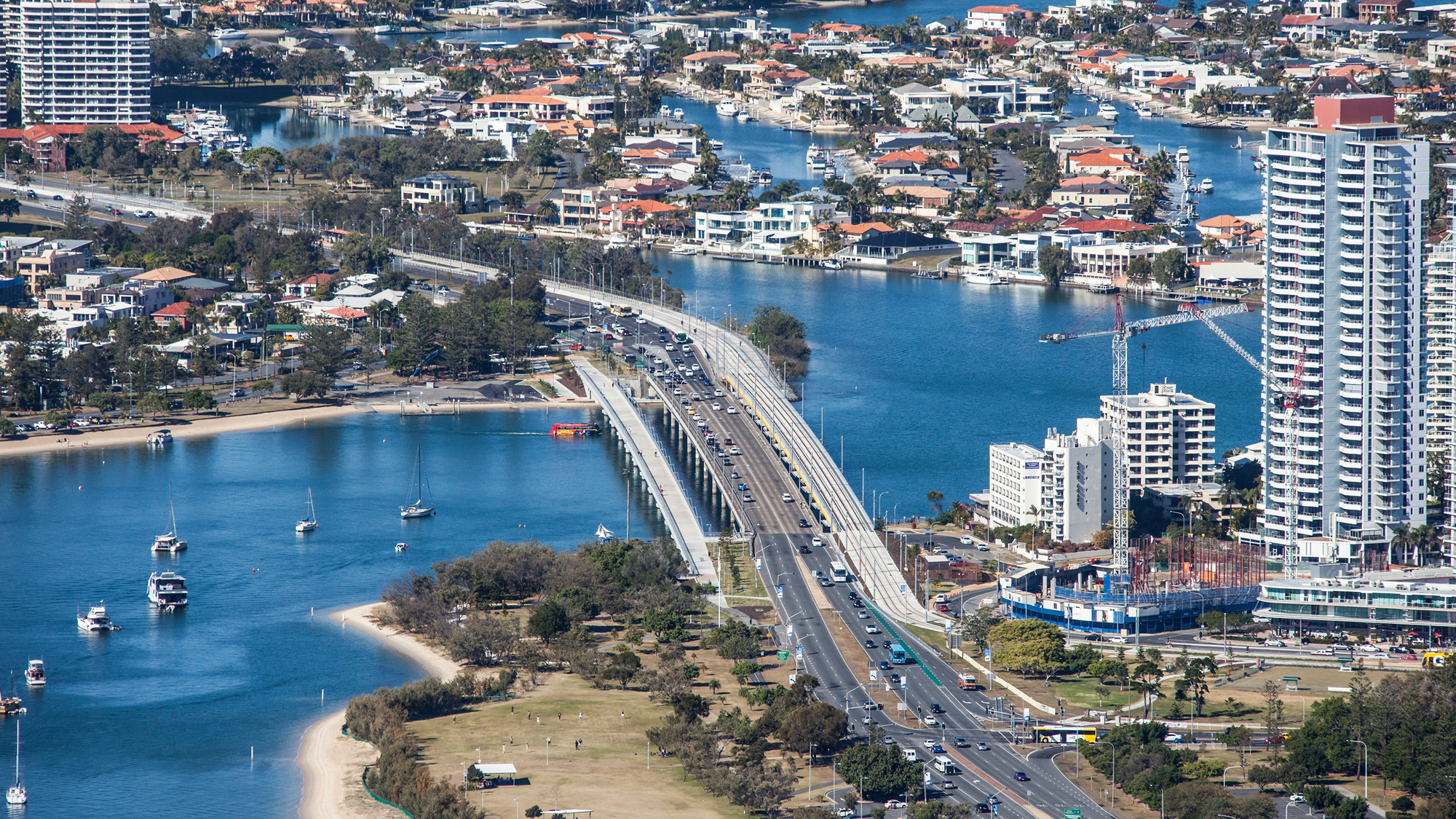 1 of 2
Opened in 2014, patronage has increased to almost 12 million passengers a year.

The team also developed an alternative depot layout, which reduced the footprint on a contaminated former landfill site. This reduced the cost, impact on local residents, the risk to endangered species and allowed for future expansion with minimal disruption.

Both initiatives contributed to the success of the bid. 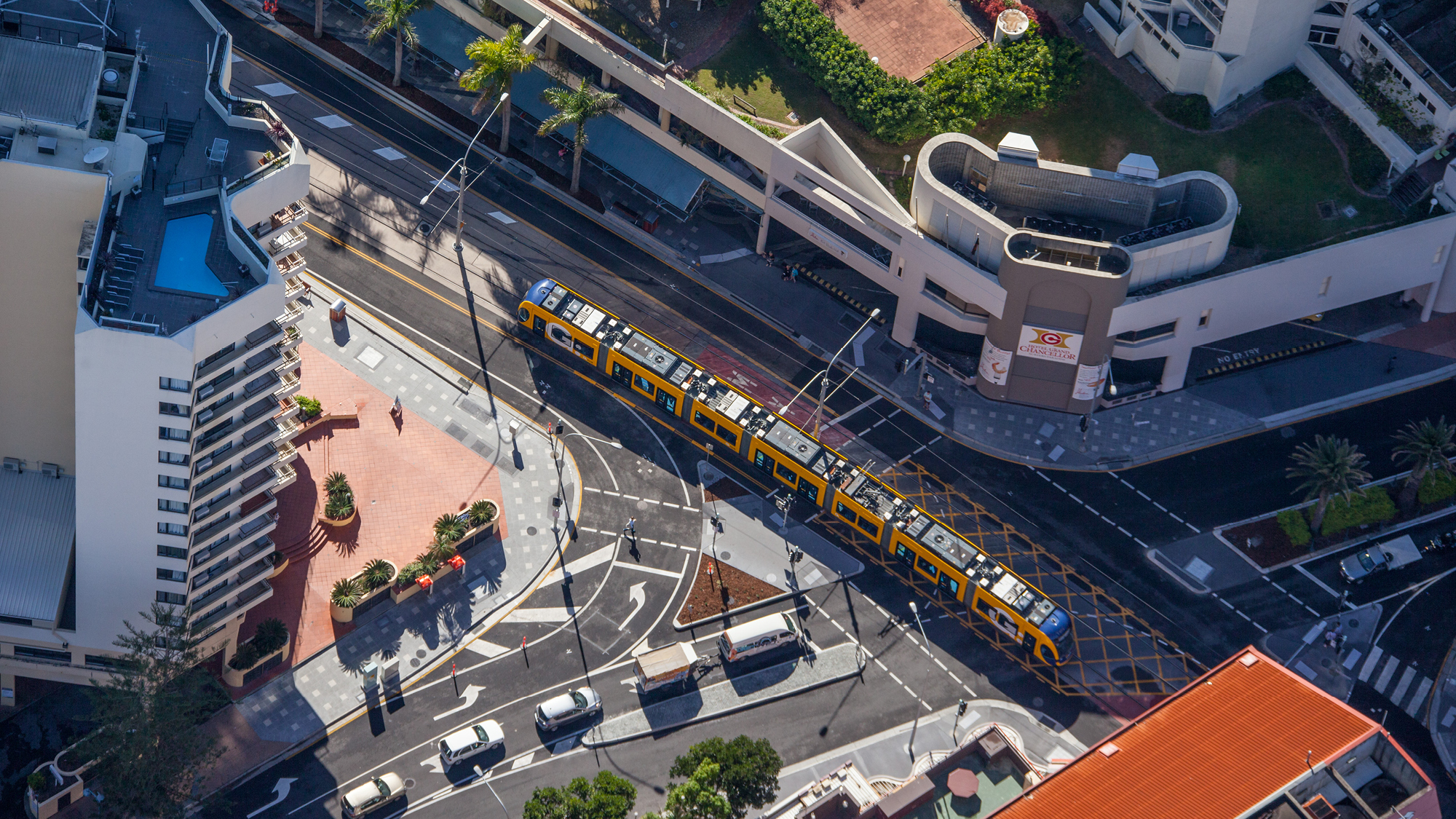 The detailed design was complex with the route running through over 50 intersections. At each one, the road layout had to be modified to include the light rail corridor whilst connecting into the existing horizontal and vertical geometry.

The route includes some substantial bridges and viaducts. For these, Arup proposed a proprietary track slab system which involves precast concrete plinths with a profiled top finish that allows the rails to be secured directly to the plinth. This approach reduced costs and reduced installation times for the project construction team. 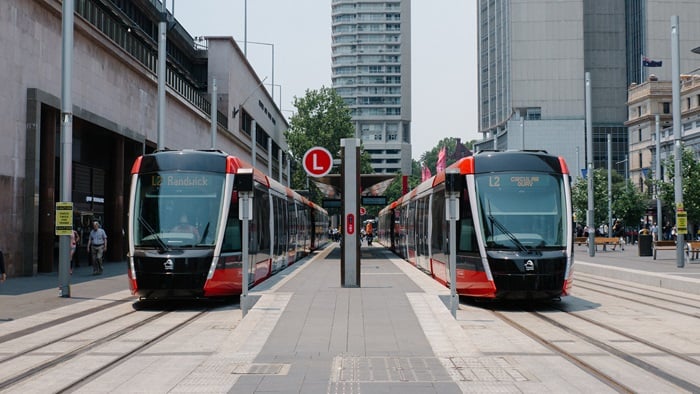