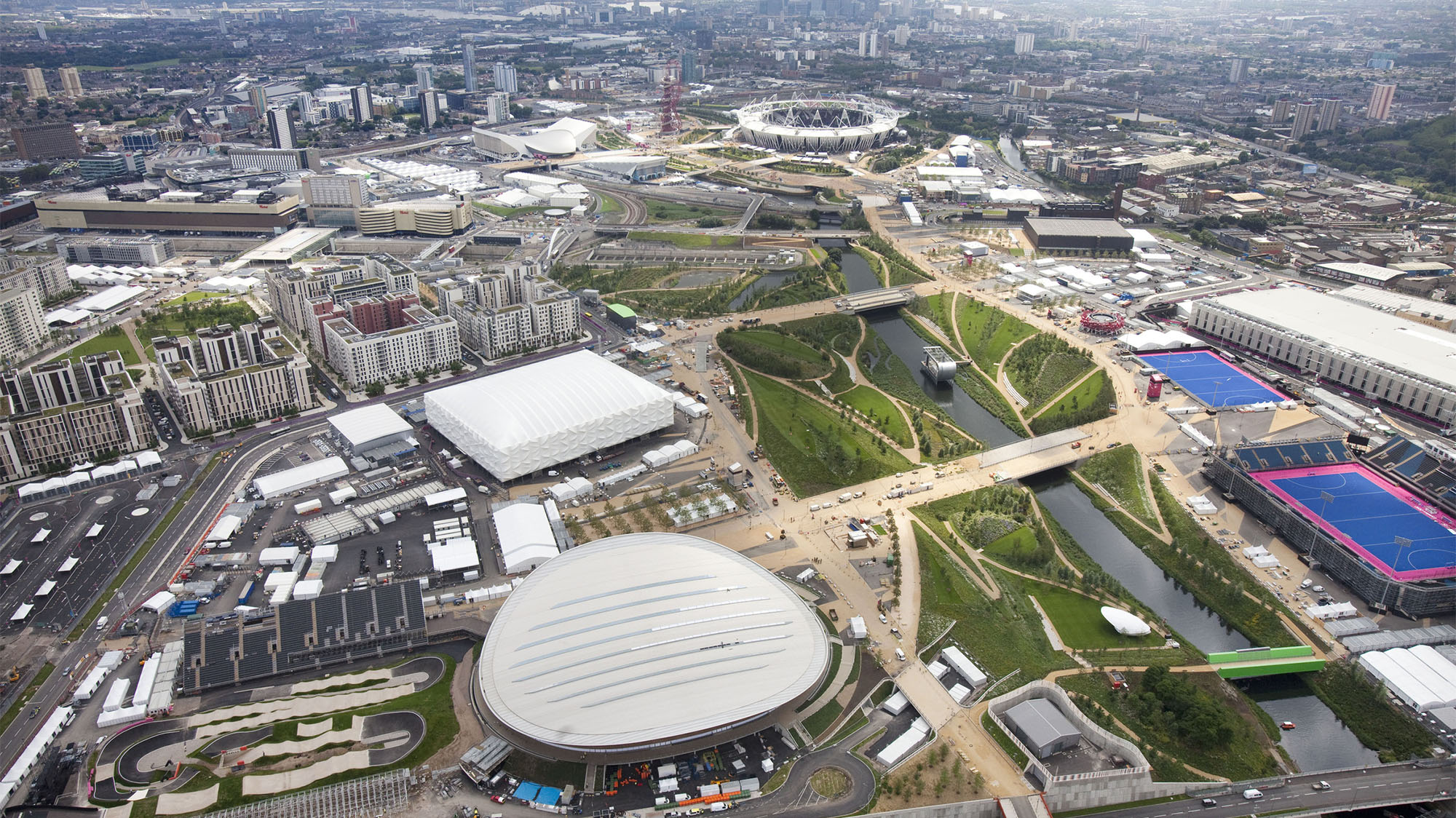 Arup’s multidisciplinary team of engineers led the infrastructure design for the south of the Olympic Park, transforming the derelict brownfield site into an accessible and sustainable amenity.

Topography specialists modelled the ground surface in 3D which enabled the design teams to coordinate venue platforms, front and back of house spaces and site-wide infrastructure. It also helped with flood risk assessment, visualisation and balancing earthworks’ cut and fill contributing to the sustainability of the project.

Arup’s geotechnical expertise was in demand, with some areas proving particularly complex. For the existing Northern Outfall Sewer underpass, finite element analysis was used to predict ground movement and confirm a construction sequence designed to prevent damage to the major sewer as the underpass was deepened.

Structures, bridges and highways were designed to integrate with the landscape and minimise the transformation requirements post-Games. The Loop Road was designed to maximise re-use of existing roads where possible to reduce time and costs of the new works.

To balance the differing needs of the Games and their legacy, Arup designed a flexible and efficient surface water drainage network, integrating with the soft and hard landscaping and including provision for future developments to drain into the system. In conjunction with this, our utility engineers coordinated the design of more than 20km of utility infrastructure in the South Park. 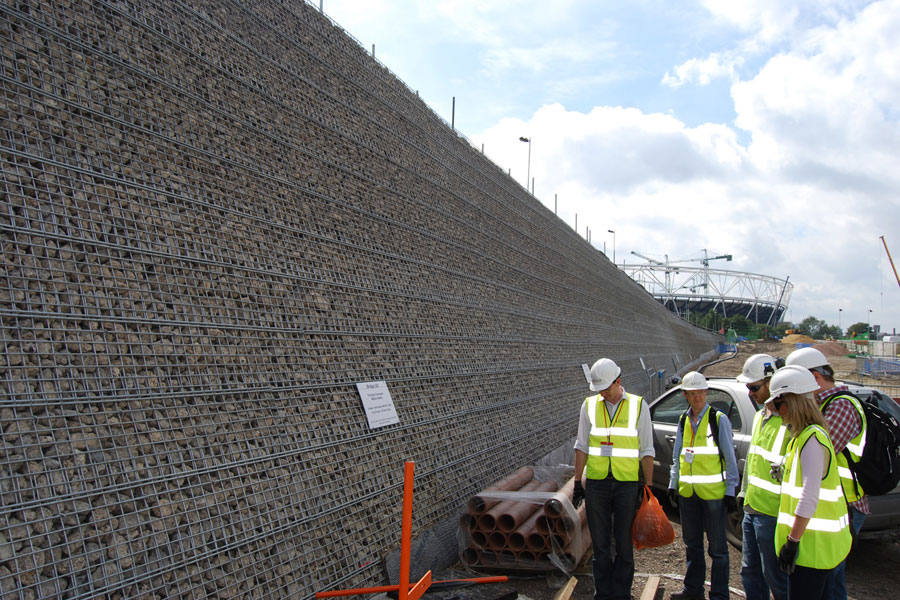 Arup’s multidisciplinary team of engineers led the infrastructure design for the south of the Olympic Park.

As designers and engineers, Arup’s involvement in the Olympic Park didn’t end when construction started. A link between the design and construction phases was provided, with construction technical support teams based on site helping to find solutions to issues arising such as unforeseen site conditions.

Faced with a low, flat site with watercourses running through it and little existing drainage, Arup developed the overall strategy for the surface water drainage (SWD) for the Olympic Park. We also delivered the detailed design of the SWD for the Structures, Bridges and Highways (SBH) and Landscape and Public Realm (LPR) in the south of the park.

After investigating how best to drain the area, Arup’s team came up with a solution that removed two pumping stations from the proposed network - helping to save around £2 million in capital expenditure as well as reducing operating costs. To achieve this, Arup negotiated with Thames Water and agreed a restricted discharge by gravity to its network. They also agreed to Arup’s design that used a storage shaft connected to a foul system rather than the surface water - eliminating the need for a pumping station.

The low, flat landscape limited the area that could be drained in any one network. This meant that rather than a single network draining into one outfall, the SWD design team had to create multiple networks draining into 20 different outfalls.

The design of the outfalls flowing into the watercourses had to satisfy the needs of different stakeholders. For example, British Waterways’ strict limits on the velocity of water going into the River Lee and adjacent watercourses and the Environment Agency’s desire to maintain a consistent appearance and vegetation along the soft banks of the river.

Arup’s design team came up with a solution for how to discharge a large amount of water at a slow rate without building any concrete structures on the riverbanks; a large chamber that discharges water below the waterline. The chamber dissipates the energy, so water flows into the watercourse at the right velocity. And because this happens below the surface, there are no unsightly pipes on show along the riverbank.

Elsewhere in the park, Arup devised with a groundwater engineering system to protect the Loop Road from contaminated groundwater near the surface. For SWD in a particularly low area of the site, the team designed a 12.5m wide wet well pumping station and across the site as a whole, they minimised the need for pumping stations. 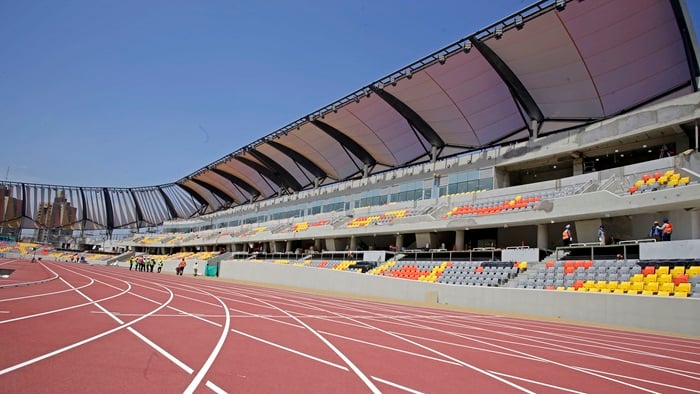 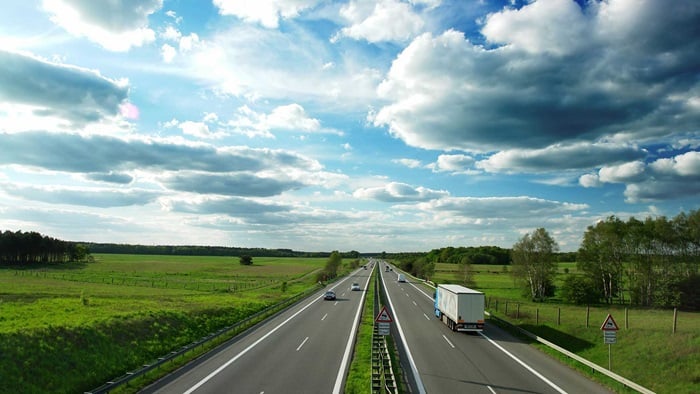 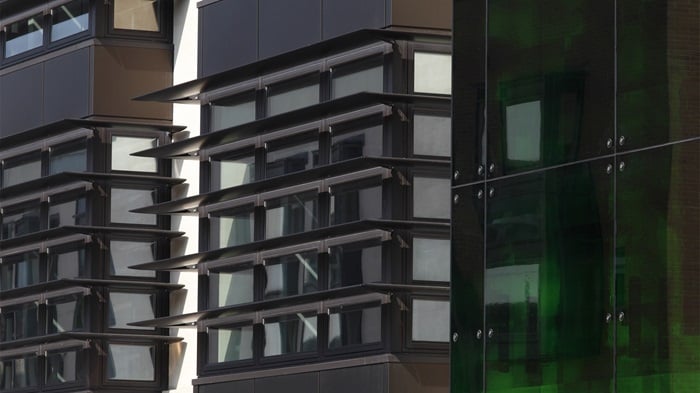