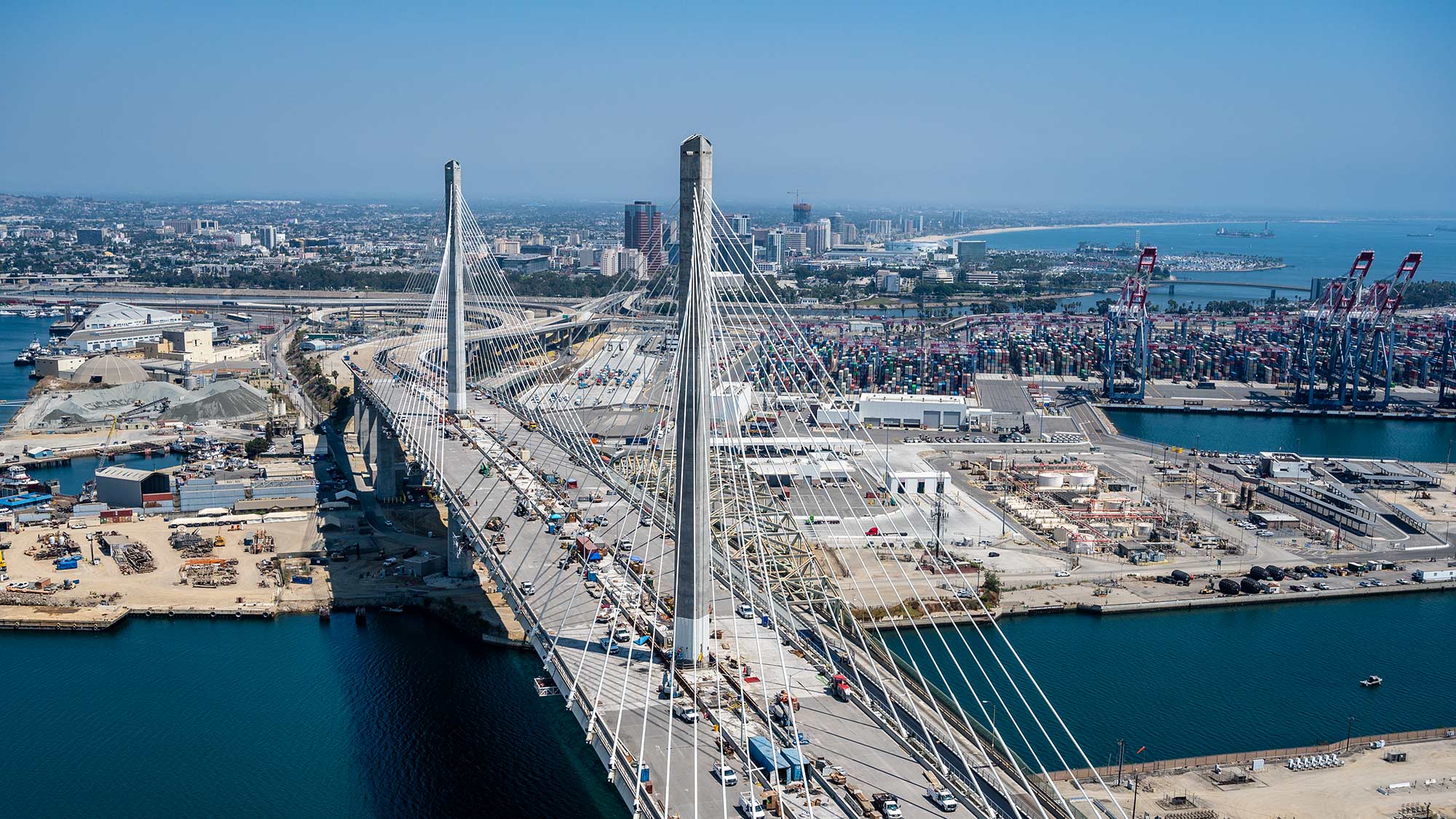 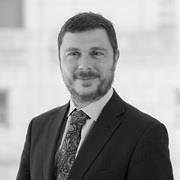 After nearly 50 years in operation, the Gerald Desmond Bridge was at the end of its useful life and was replaced with a new six-lane cable-stayed main span bridge that was completed in October 2020. The 2000-foot-long Long Beach International Gateway Bridge is California’s first long-span cable-stayed bridge.

Approximately two miles of new cast-in-place concrete approach viaducts rise 200 feet off the ground from both the east and the west as they transition to the main span cable-stayed bridge. The bridge has a clear span of 1,000 feet over the Back Channel, providing increased vertical clearance for future generations of commercial shipping. The cable stayed main span is supported by two faceted 515-foot-tall mono-pole main-span bridge towers. Enhanced by customizable architectural lighting, the new bridge is a striking landmark for the Port of Long Beach.

With an incredible fifteen percent of all North American container traffic due to cross over the bridge, the Long Beach International Gateway Bridge is a critical infrastructure link and a vital component of the regional and national economy. The bridge replacement will continue to serve the needs of a growing region and ensure the safe, optimized flow of people and goods, with truck climbing lanes and shoulders on both sides of the highway leading to reduced congestion.

Arup is the prime designer for the project and Engineer of Record for the main-span bridge and high-level approach viaducts. Arup also provided the cable-stayed bridge erection geometry control and erection engineering support services.

400+Arup members worked on the project

The project’s bid package reference design (RID) proposed a grade-separated flyover ramp for west-bound traffic seeking to exit the main roadway and cross to the southern side of the project. Arup’s value engineering identified that the same functionality could be delivered while eliminating the entire flyover structure. Arup proposed a roadway geometry that passed below the main roadway with a dedicated free-flowing two-lane U-turn, facilitated by a new underpass constructed through the existing main roadway embankment. As this is a common geometric configuration in the state of Texas, the arrangement is dubbed the “Texas U-turn.” Through innovative highway engineering, Arup rearranged the Port access roads so that truck traffic accessing the terminal facilities would use the same underpass both to get on and off the bridge, hence the “Double Texas U-turn.”

The proposed solution reduced project costs by close to $70 million while providing numerous functional advantages. Land previously reserved for the RID flyover ramp bridge piers is now free to be used for other, revenue-generating purposes. It also reduced the carbon footprint associated with construction volume, as well as reduced environmental risks. A known hydrocarbon contaminant plume in the area meant that deep foundation tailings had to be processed as hazardous waste. However, by removing the need for foundations, this cost and risk were eliminated.

The viscous hydraulic dampers will only activate during a major earthquake. An integrated structural fuse, or a solid piece of steel that connects the damper to the tower, will break at a force corresponding to the considered magnitude. After the steel fuse breaks, the viscous dampers begin to dissipate cyclic energy the same way that a car’s shock absorbers do on a bumpy road. The fused design prolongs the lifespan of the absorbers, as they remain inactive until there is significant seismic activity.

The Long Beach International Gateway Bridge is critically important infrastructure for Southern California that will serve Long Beach and the surrounding area for decades to come as an economic enabler and generator. We are proud to have contributed our engineering and design expertise to help enable this project to come to life. ” 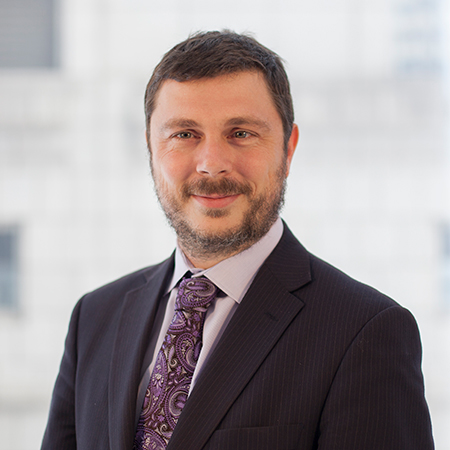 Reducing the need for maintenance

When compared to a design envisioning main span bridge towers and end bents with split shafts connected by ductile shear links, Arup’s design is likely to require less maintenance. Arup’s monopole tower and fused viscous damper solution provides a non-invasive post-seismic remediation plan where the bridge deck is repositioned with jacks, and broken fuses are replaced without the need to alter the bridge substructure. Towers and end bents are simplified to be less congested with fewer items to inspect and maintain, while means of access are provided to conveniently access each viscous damper for inspection or fuse replacement without the need for hoists or manlifts.

Although earthquake loads dominate in California, a thorough investigation of wind effects was undertaken, as is standard with any long-span bridge. The aerodynamic performance of the bridge has been investigated through a program of wind tunnel testing and numerical wind buffeting analysis to confirm high wind speed strength and stability, as well as low wind speed serviceability against vortex shedding vibrations.

Images courtesy of the Port of Long Beach. 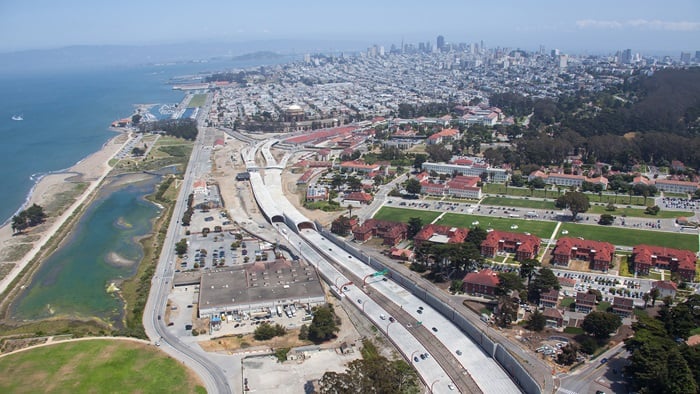 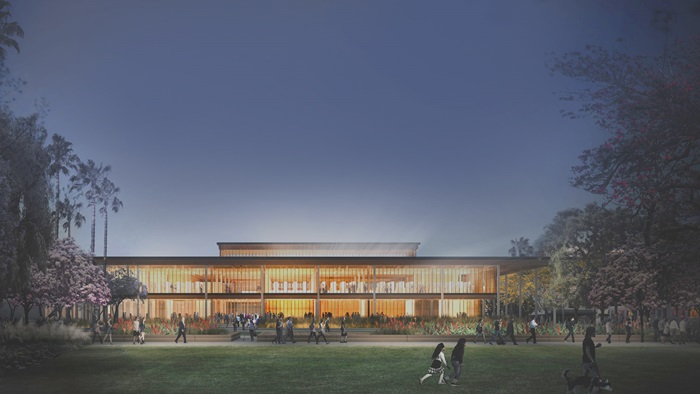 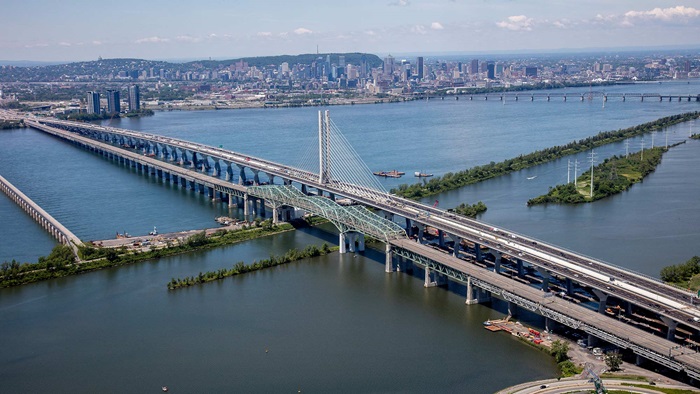