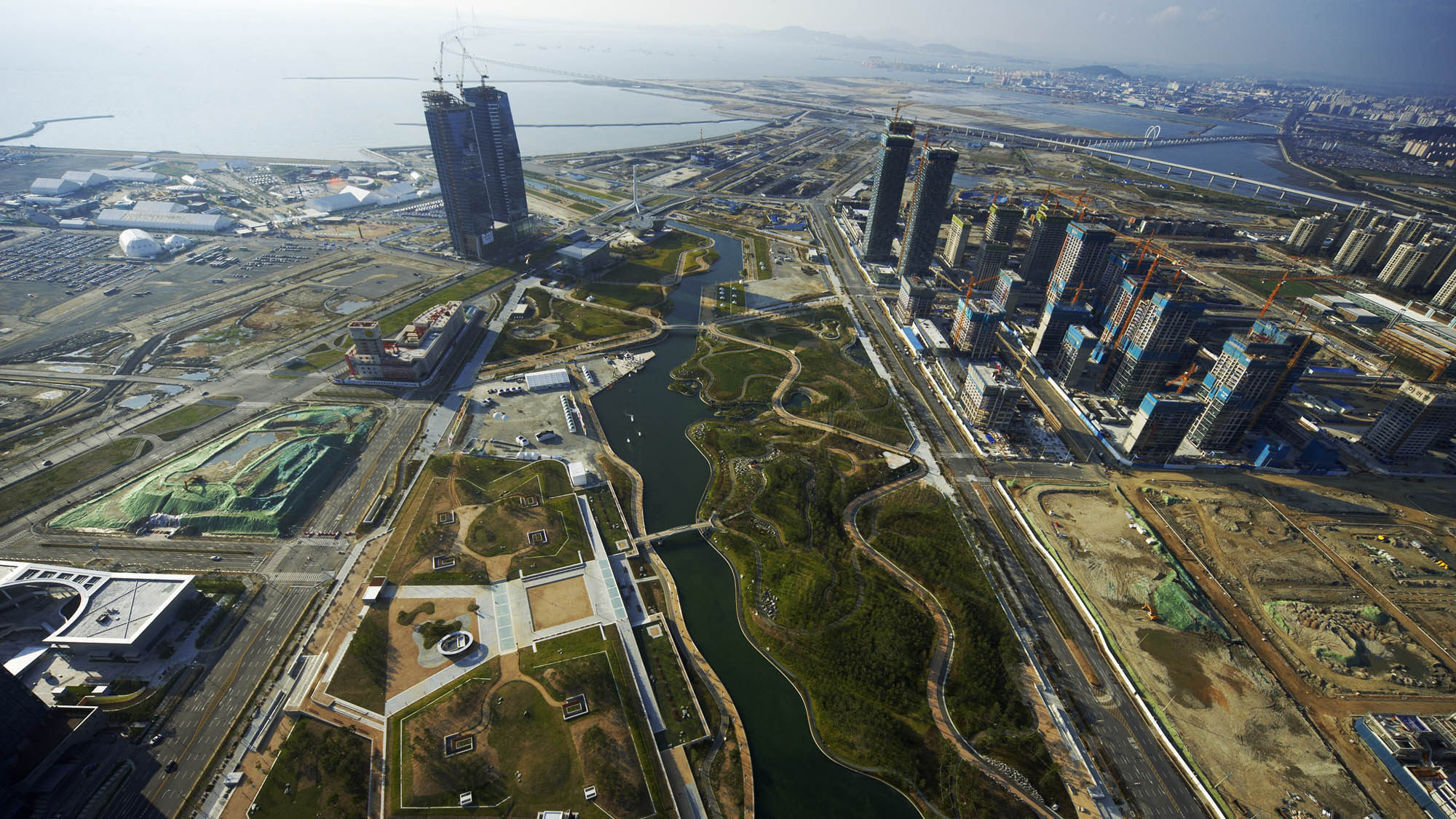 A 101-acre park and canal for a new South Korean city.

Central Park provides a multifunctional oasis for the Songdo International Business District, a new city built on 1,500 acres of land reclaimed from the Yellow Sea.

We have also been heavily involved in a number of additional aspects of the New Songdo City development.

1500acresLand reclaimed from the Yellow Sea

101arcesPark and recreation facilities for the new city

The team recognized that it would take several years for the canal ecology to become established, necessitating that the operation and maintenance regime be developed over time.

The canal system required a highly creative, complex design process. In addition to the difficulties associated with building South Korea’s first seawater canal, the sheer scale of the waterway posed significant challenges of its own.

Two footbridges, both designed by Arup – Mountain Strolling Garden Bridge and Park Path Bridge – cross the canal. The architectural forms were developed to match the flow of the park and the masterplan vision. The curvature of the bridges echoes the scalloped roof of the convention center to the east. The tilted arch and deck profiles were kept low to maintain pedestrian visibility into the park. Structural arches extend from below to above the decks, providing walkers and cyclists with a constantly changing view as they cross.

We sculpted light around the bridges' key features to form a soft glow for pedestrian movement at night. The lighting scheme continues along the footpaths throughout the park. 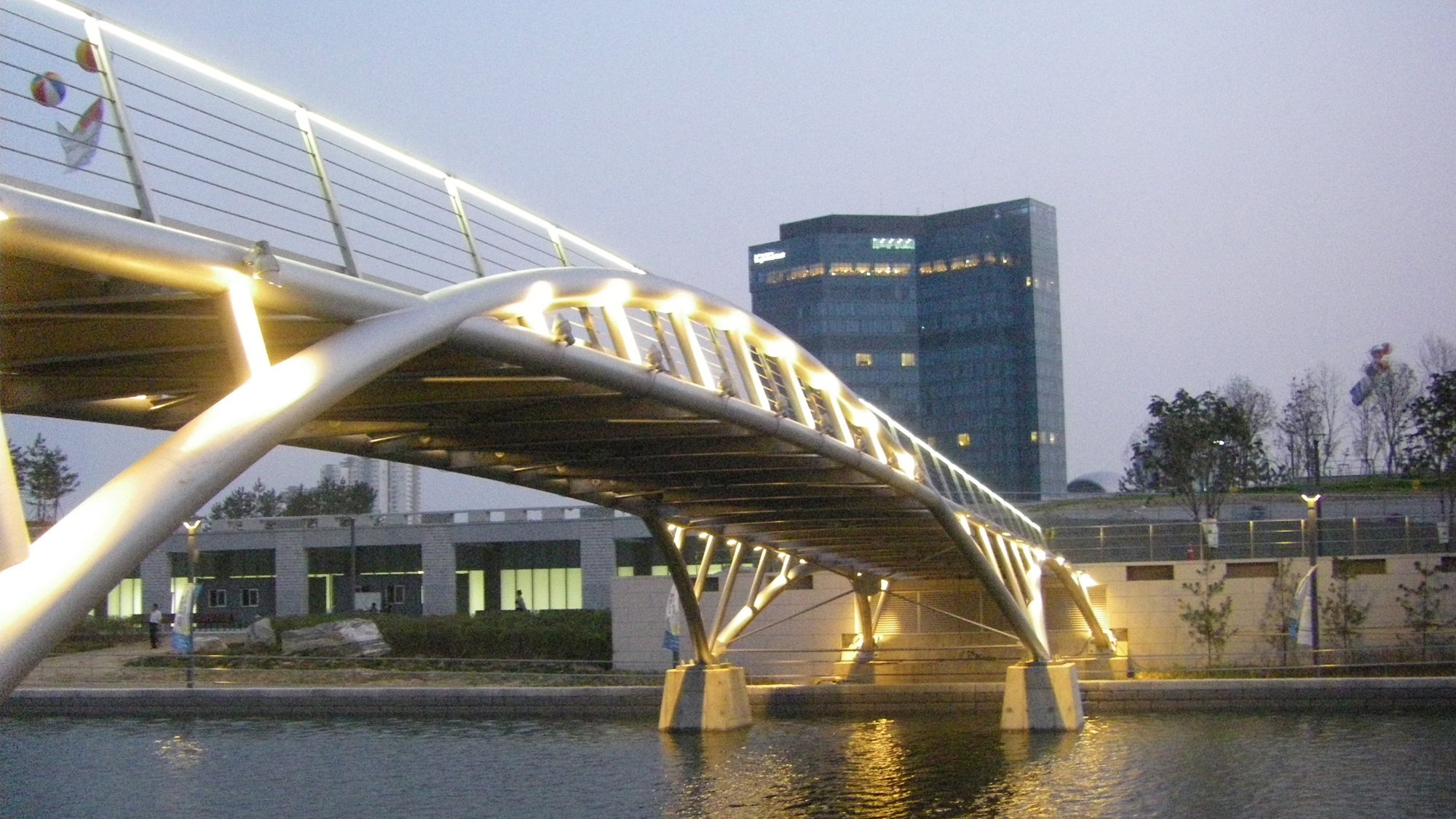 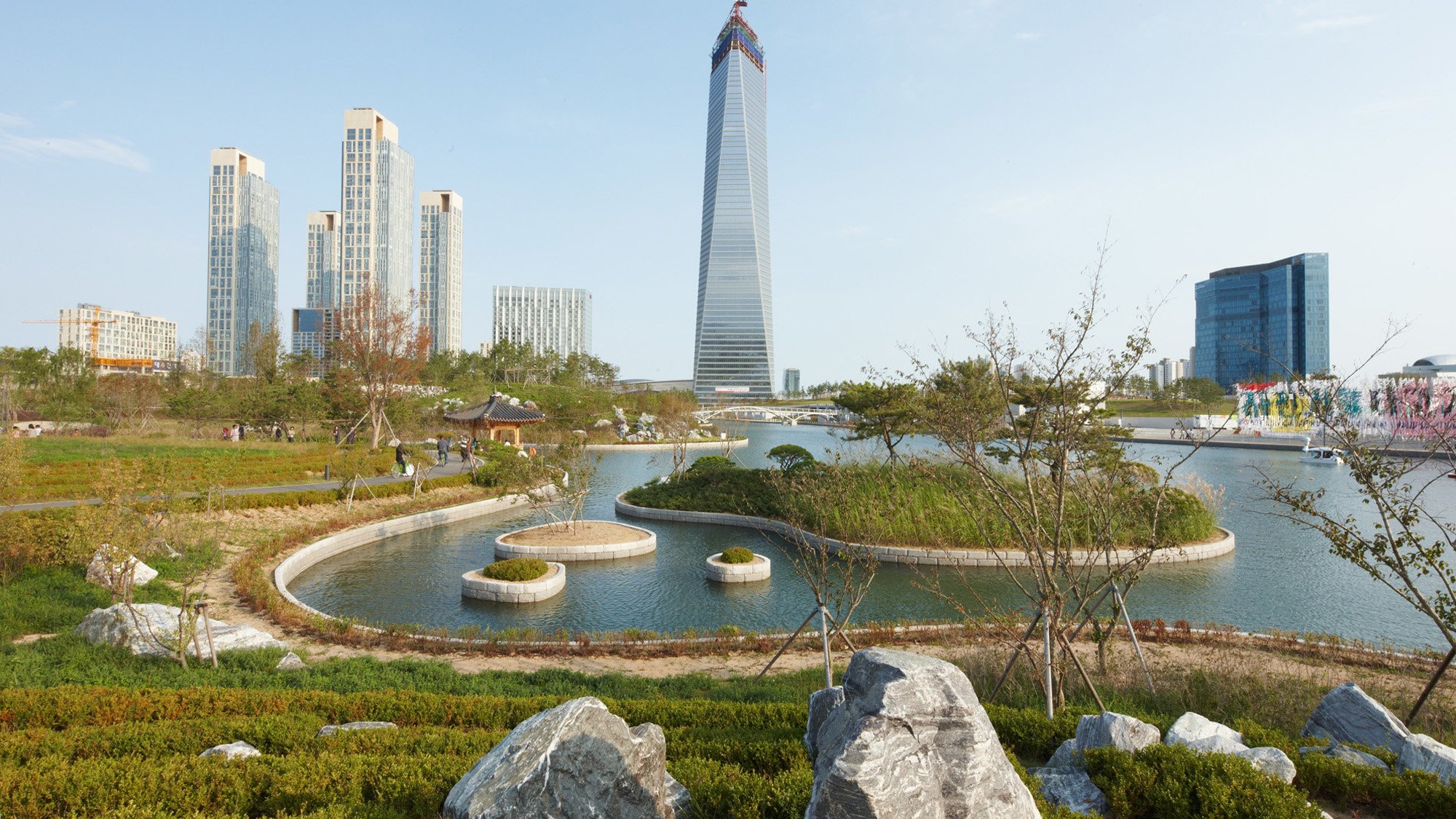 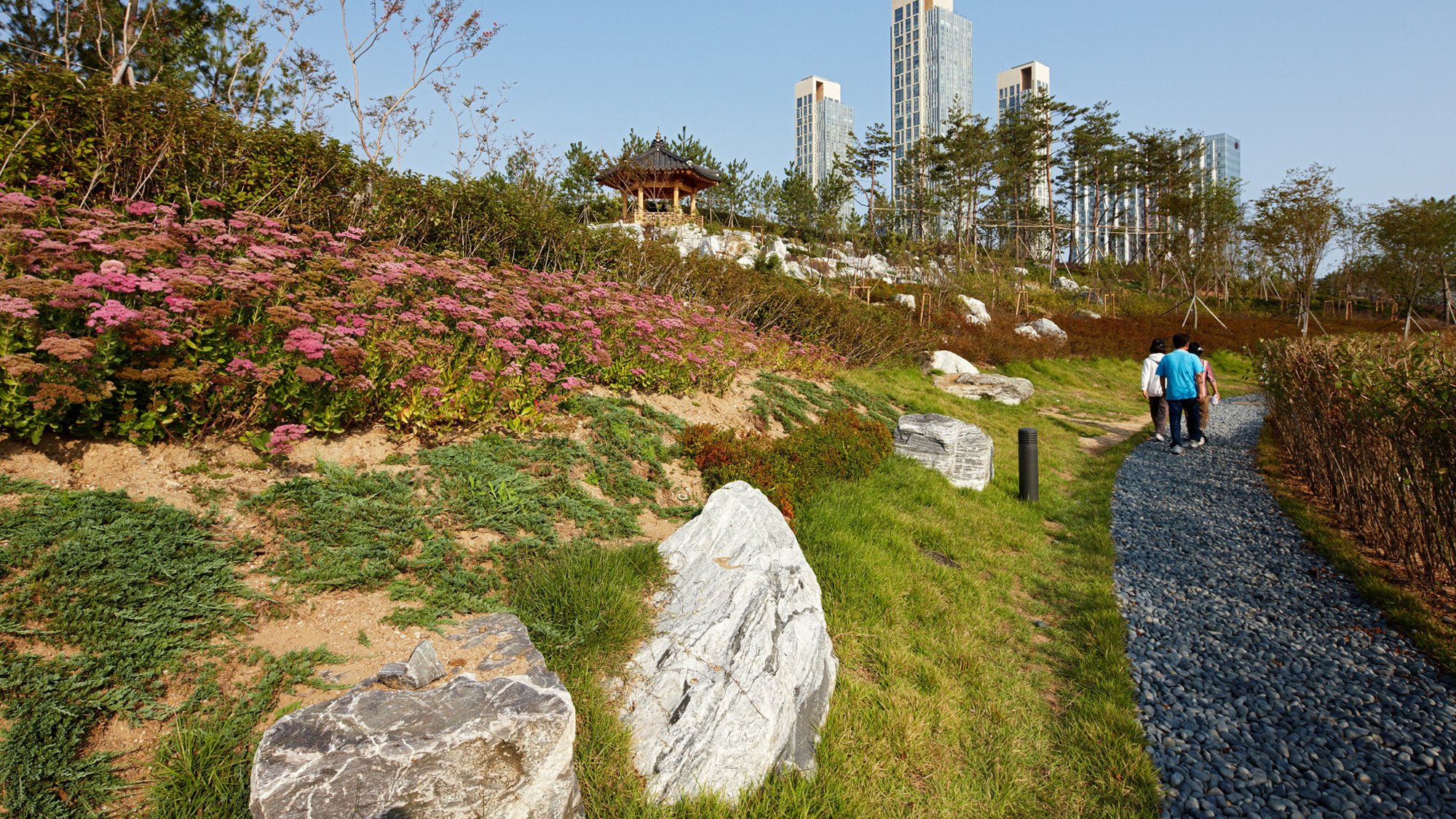 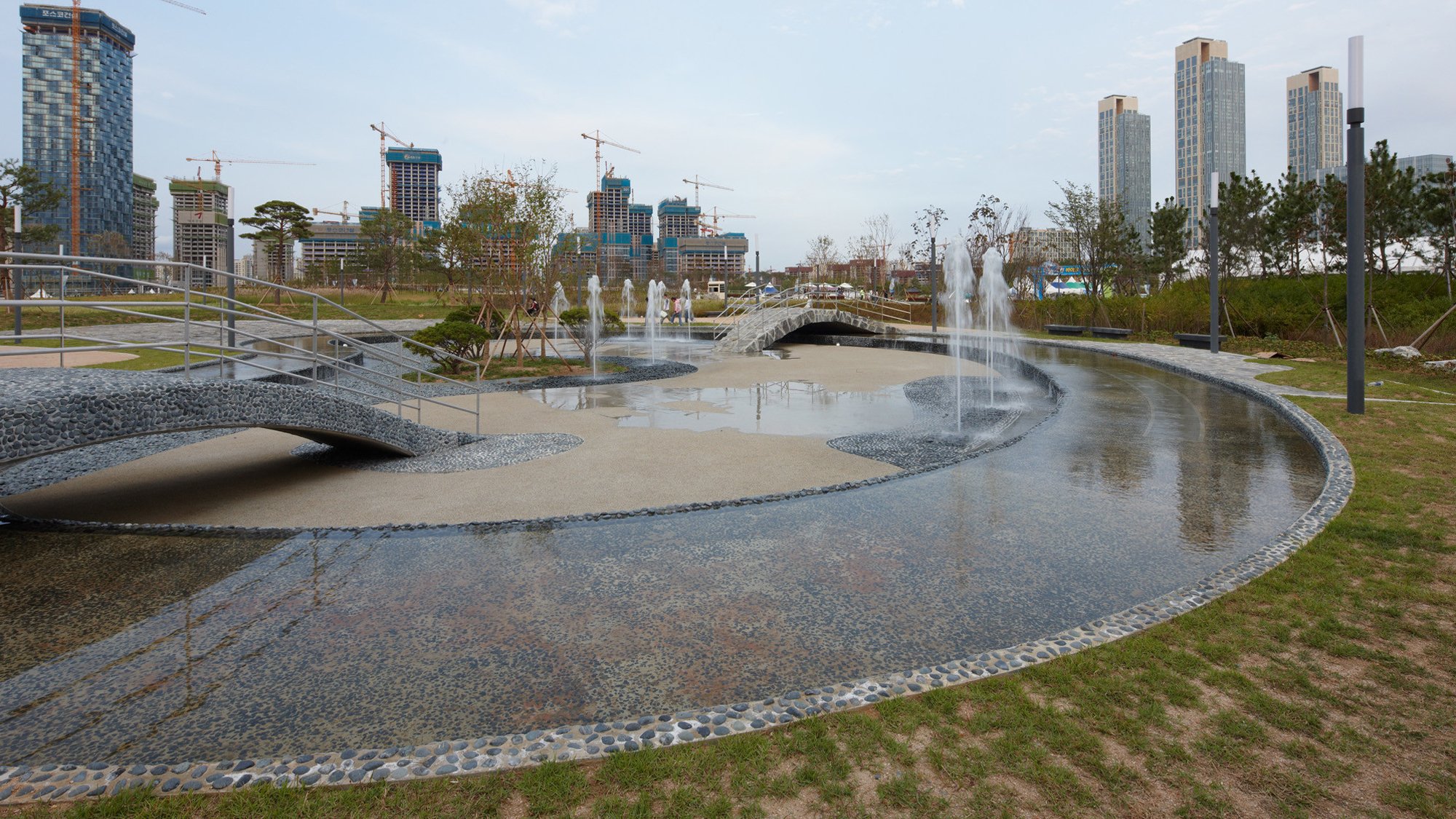 Consequently, we recommended engaging specialist local consultants with a thorough understanding of water quality and local ecology. We then wrote a scope of works for this role and assisted with the appointment of a team from Hanyang University.

Underground storage elements can capture approximately 190,700ft³ of rainwater falling within the site boundary during the wet summer months. Rainwater is stored through the dry winter, when water demand is low. In the spring, when temperatures rise, the water is used for irrigation.

We reduced irrigation demand as much as possible through a planting scheme that favored species with low water needs. The ability to thrive in a harsh environment was also key to landscaping selections.

To protect the landscaping from saline groundwater in the reclamation fill, Arup introduced a capillary break layer separating growing medium from the underlying reclamation fill.

Arup carried out a CFD (computational fluid dynamics) study to validate its mechanical ventilation system design for the parking garage. The results confirmed that the design would provide safe air. 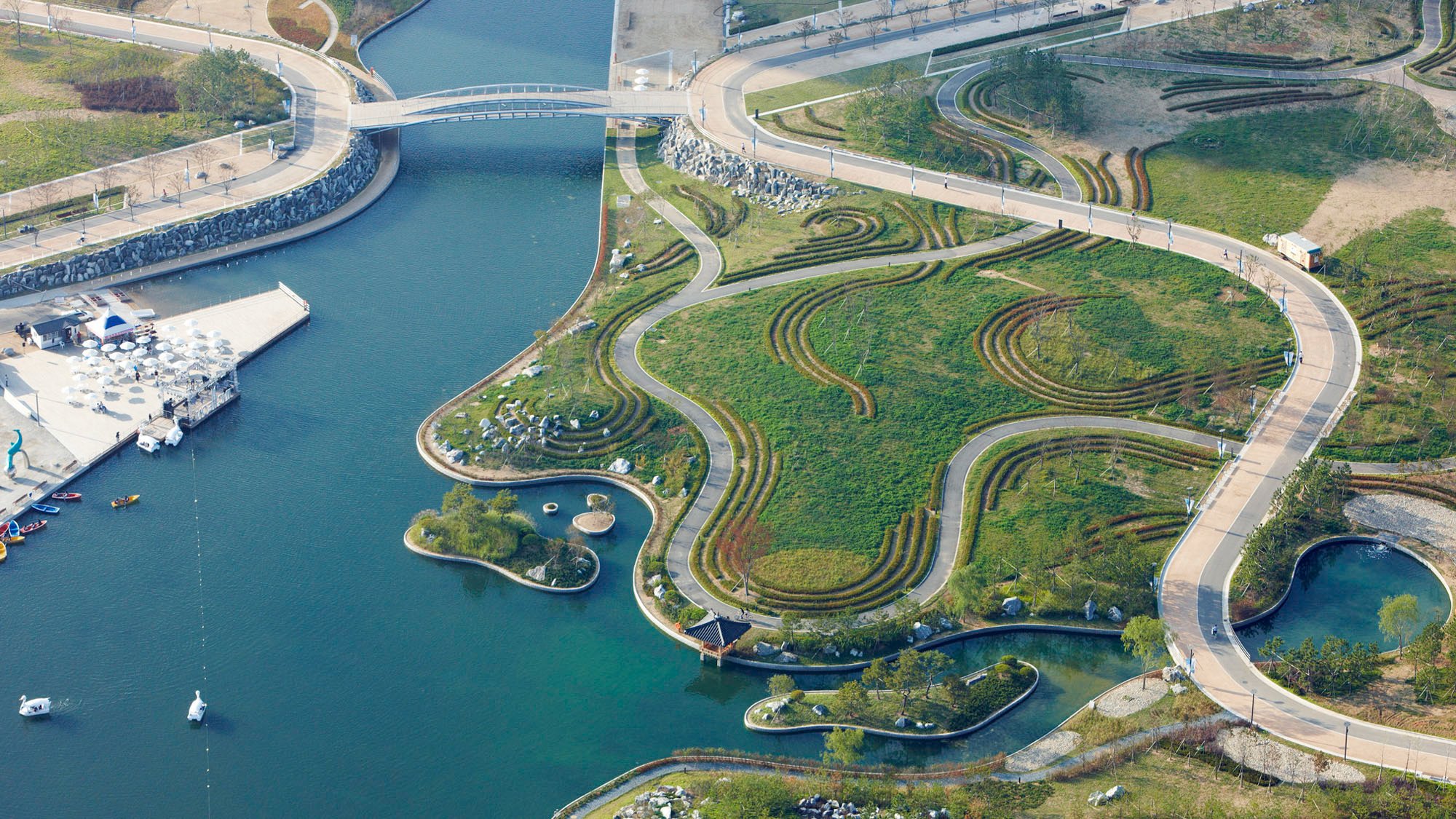 Arup has worked closely with the university, the contractor and the NSIC team to finalize plans for filling, commissioning and operating the canal, providing a strong site presence during this period.

At the end of the schematic design phase, the client commissioned three studies by local university professors. The first study examined the prediction and management of potential red tides. The second focused on canal ecology, while the third explored biodiversity.

Arup used the academic findings to produce a canal ecology action plan that covered, among other things: 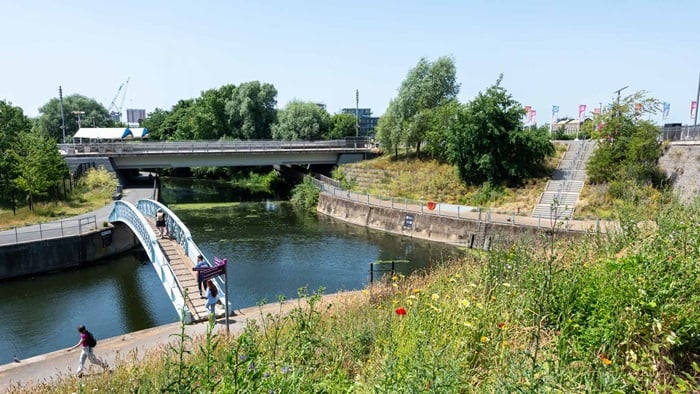 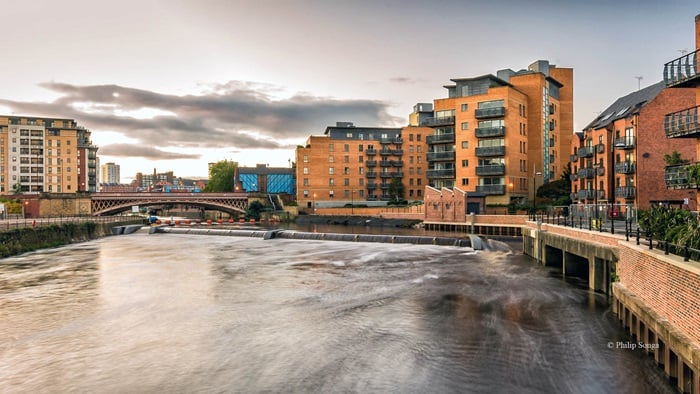