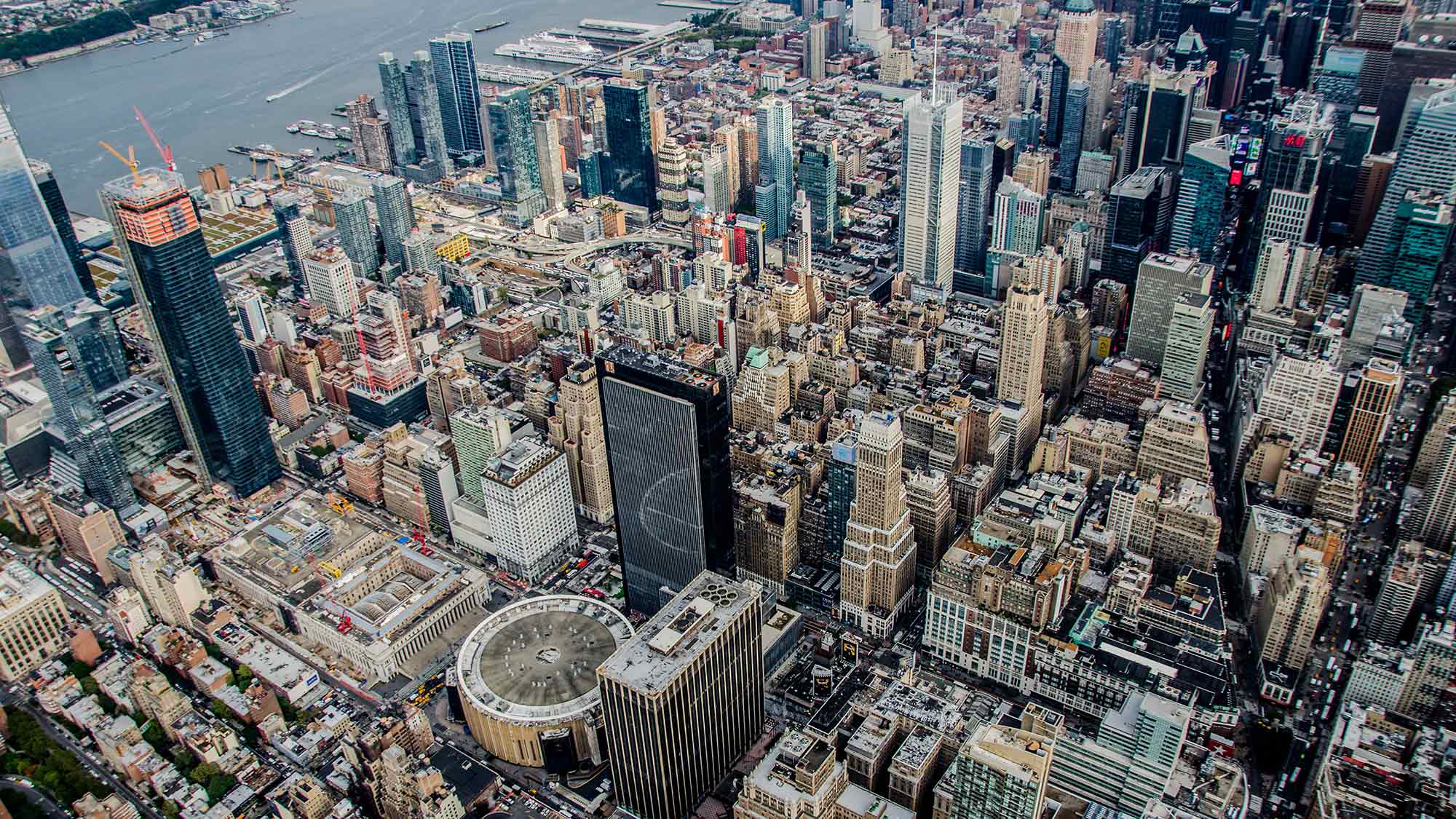 To effectively manage water across an entire city, you need to properly understand the environment it sits within – and crucially where that water will go in times of excess. With that in mind that the New York City Department of Environmental Protection’s (DEP) Bureau of Environmental Planning and Analysis (BEPA) sought out our expertise to develop a city-wide impervious area Geographic Information System (GIS) layer.

Put in its most simple terms, it was a study to help fully understand the make-up of the land across the City, and identify which areas will soak up and hold excess water, and which impervious areas it will simply run off, and potentially cause problems.

New York City is commonly referred to as a ‘concrete jungle’ due to thousands of square miles of impervious surfaces (roofs, pavements, sidewalks, etc.). However, a significant amount of work has been done by the City in reducing these surfaces which cause significant flooding. One such program is the NYC Green Infrastructure Plan from 2010 which set a course to manage stormwater much more effectively and sustainably.

While an impermeability map was prepared over a decade ago, there have been significant advances in data, map resolution, and remote sensing techniques. Our work was to provide that information to them – in forensic detail – and ensure DEP could continually update this crucial water management data going forward. This would enable DEP to validate their program and also provide a defensible source of data that DEP can use to drive stormwater policy to improve the quality of the city’s waterways while reducing the flood impacts in its neighbourhoods.

Our work provides a clear insight for the local environmental agency to understand the city land coverage types to inform and support city wide planning efforts, projects, policies and programs.

The task had four stages: research, mapping, a review of what the information gathered told us and finally ensuring the process was one the DEP would be able to update and maintain in future years.  Searching and gathering information on land permeability was far from simple.  Automation and digital approaches were used throughout the project to reduce production time and complete the largest GIS and remote sensing study that Arup has performed to date.

To carry out such a feat physically would have taken many years, and this is why a digital approach using machine learning, was required. Even using the very latest digital approach, it still involved a massive amount of data gathering and manual hours to develop the automation process.

We used aerial imagery, LiDAR data, planimetric and cadastral data to create one single land cover map.  We were able to identify 17 different elements of land space, from roads and building footprints to rivers, lakes and agricultural and green areas. The technology also had to be programmed, for instance, to recognise vehicles from above and quantify the solid land below, as well taking into account other elements such as tree canopies and shadows which fall in certain times of the day.

The project team classified 1% of the city’s land cover, which was then used to “train” the machine learning algorithm to automatically produce a complete land cover classification map of New York.  To ensure accuracy, the results from technology were compared with independent hydrologist delineation from 25 randomly selected parcels, where we were able to demonstrate that the technology was above 90% accurate in all areas, even as high as 99% accurate in many.

This enabled us to use this method across the city, collating more than 3TB of multi-spectral imagery, light detection and ranging (LiDAR), and other GIS data to provide analysis of 345 square miles and 857,589 parcels of land.

We were able to provide the DEP with accurate high-resolution GIS datasets, and a comparative trend analysis report on the position from 10 years previous. This information has since been posted on an open data portal in New York that is available for the public, bringing total transparency to the understanding of land across the City. It also provided a picture of the impact of environmental programmes undertaken over the past decade, which validated the work which has been done. Importantly, it provides a clear insight for the local environmental agency to understand the city land coverage types to inform and support city wide planning efforts, projects, policies and programs.

Learn how building water resilience is at the forefront of everything we do in our annual review. 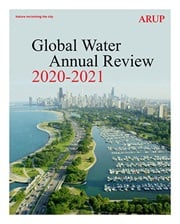 When selecting Arup to lead on this 18-month digital transformation project, DEP insisted they wanted more than just a ‘black box’ of data and a current overview of the impervious land, but a system which they are able to update and use going forward.

Our team worked closely throughout with representatives of the DEP, bringing them along the process in developing this layer, providing full tutorials on the detailed methodology and developing data maintenance documentation for their team to follow.  Importantly, this means they can now maintain and update it manually going forward.  Stormwater management and policy in New York can now be based around proven data which will continually evolve – placing water at the heart of long-term planning and development of this amazing part of the world.