A development which respects community, heritage and flexibility

The site has been home to the Co-operative Group for nearly 150 years and is the largest single-owned development site in central Manchester. The Arup integrated team which included urban designers, architects, planners, transport planners, sustainability, civils and energy specialists, have worked closely with the Co-operative Group to ensure that the masterplan is anchored around the Group’s commitment to the community, underpinned by long-term thinking and a neighbourhood-led approach.

A benchmark for sustainability

The development enhances the Group’s commitment to high ethical standards and provides ‘an inspiring European benchmark’ for responsible and sustainable development. It also acts as a major catalyst to further investment, regeneration and job creation in the city centre.

Phase 1, which comprises the Co-operative Group’s BREEAM Outstanding new headquarters and a new public square for Manchester, the first in over a quarter of a century – Angel Square – is already complete. This sets an exceptional standard for green, sustainable design for the rest of the planned development.

Historic features, including listed buildings, have been carefully integrated into the development. The existing listed buildings had formed around a series of courtyards that had been previously used for servicing and loading. By careful adjustment to the logistics and movement systems, creating new openings in the building to allow pedestrian access from the streets, and reprogramming of the ground floors, the masterplan was able to open these courtyard spaces up into exciting new places, such as Sadler’s Yard. 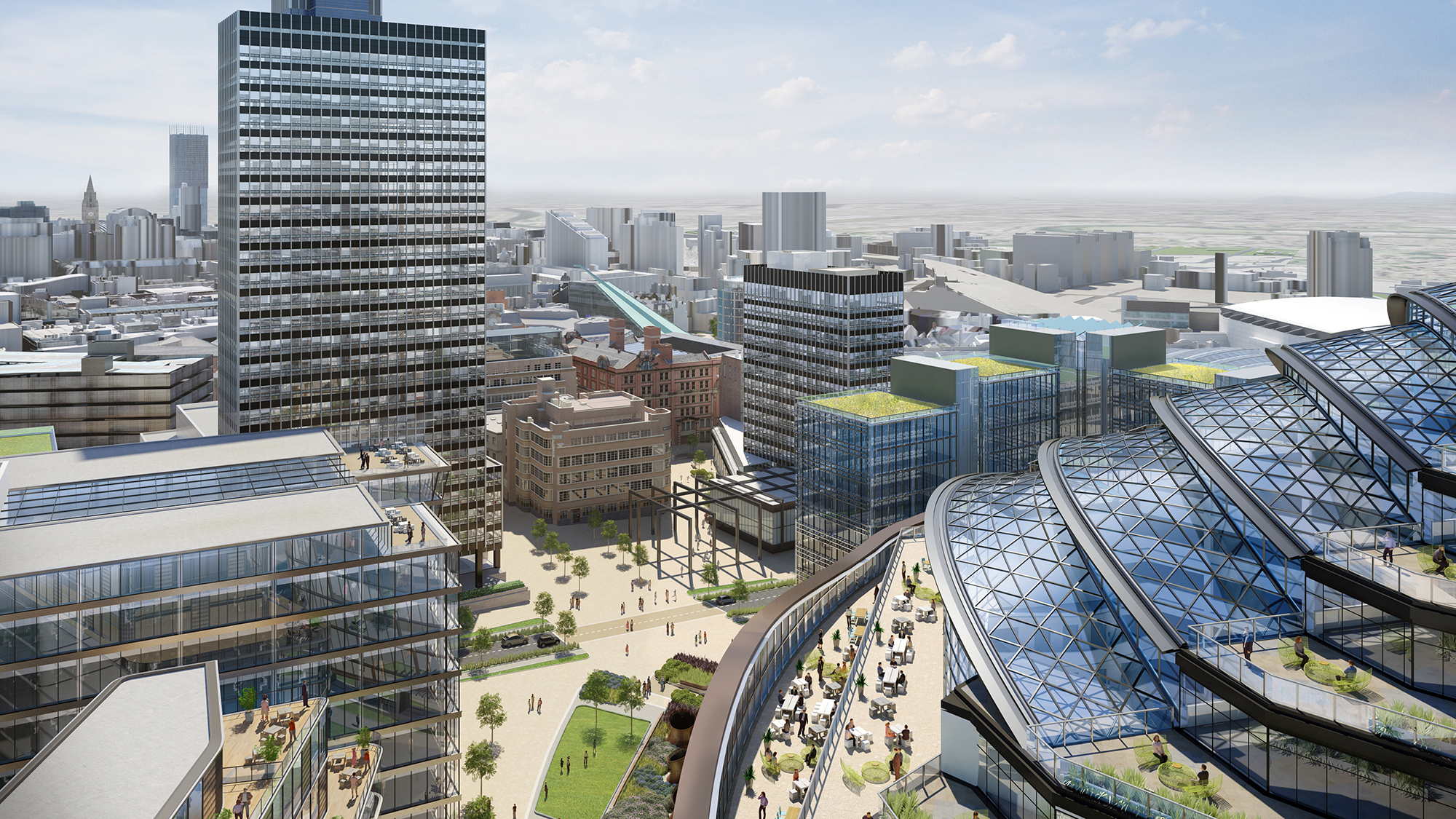 An illustrative view of the Co-op's new headquarters

The masterplan was enabled by some key infrastructure moves including the downgrading of Miller Street, part of the city’s Inner Ring Road, and making direct connections to adjacent green spaces in Angel Meadow and beyond.

A planned integrated energy system aims to provide sustainable heat and power needs from renewable sources. A sustainable drainage system will ensure that water is stored and recycled as needed.

The masterplan has been carefully designed to balance the delivery of critical key infrastructure and first phase development with the integration of wider context to ensure future flexibility.

Following the completion of the masterplan, a number of best in class architects and landscape architects have been commissioned to design key buildings and spaces across the site to implement the vision.

Arup undertook an update to the masterplan in 2015, which while keeping true to the original vision, made a number of adjustments to allow greater development of the site and respond to the success of the new courtyards and public realm. 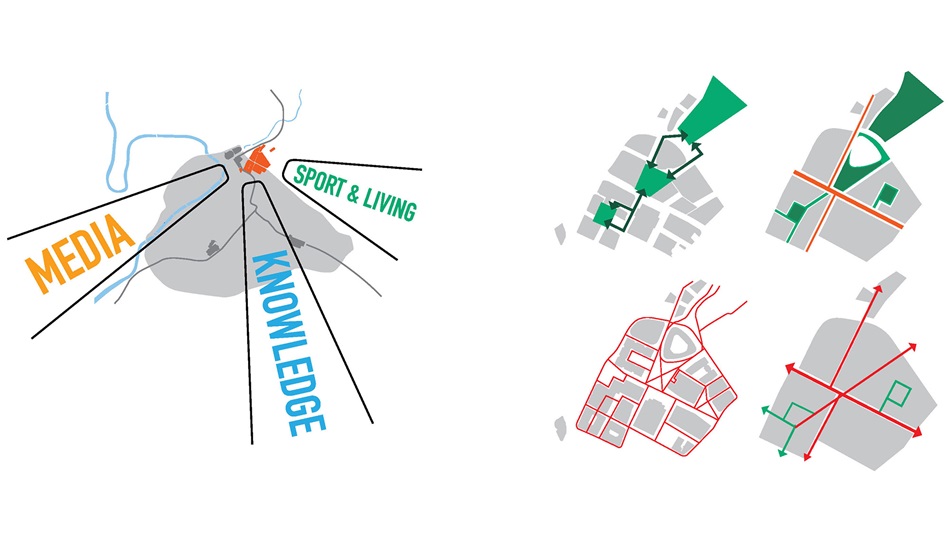 Looking into the future

NOMA is now a thriving mixed-use Quarter and destination connecting Manchester’s city centre to the Northern Gateway. As the city continues to develop, the balancing of heritage, community, sustainable transport and commercial reality, makes NOMA a place which is still able to evolve and attract new talent.

With future residential and mixed-use phases underway, in early 2019, Amazon announced that it would be locating its Manchester headquarters in NOMA.

Find out more about our work in masterplanning. 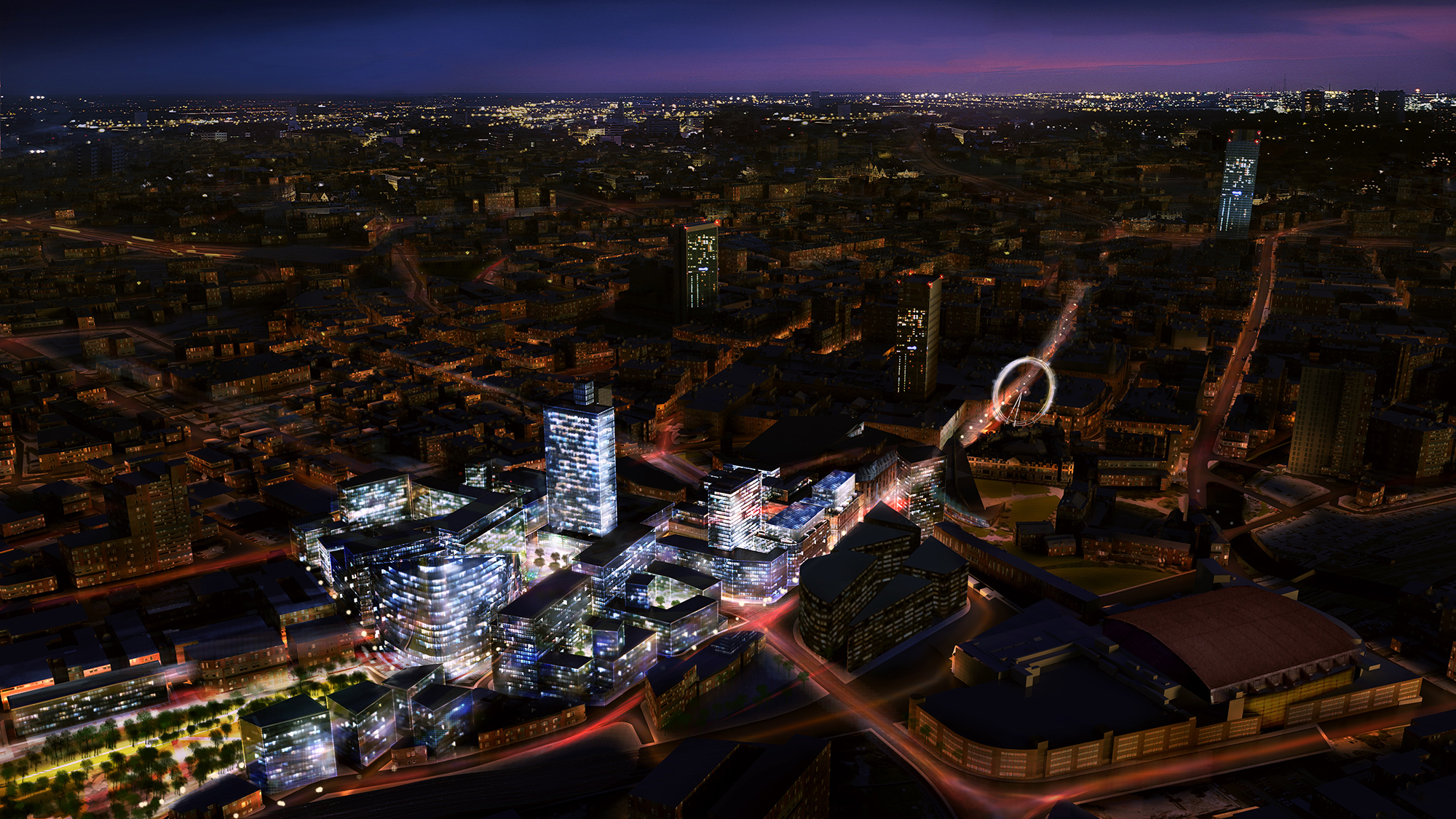 An illustrative night time view of the site 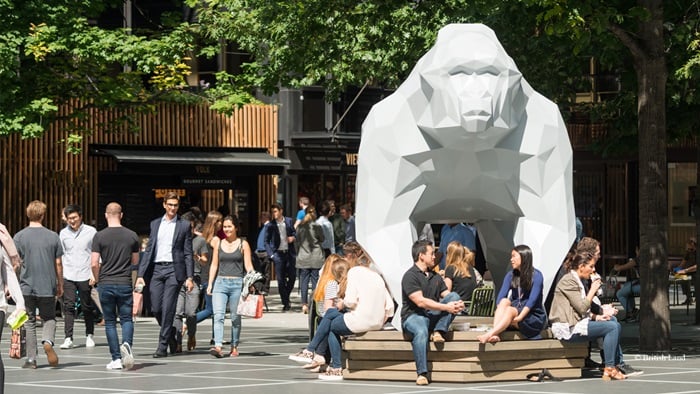 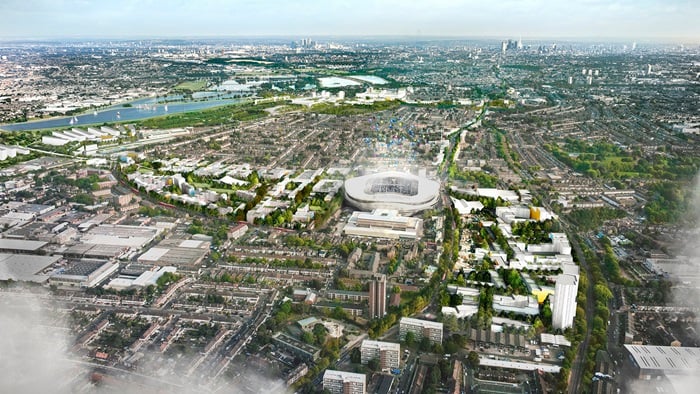 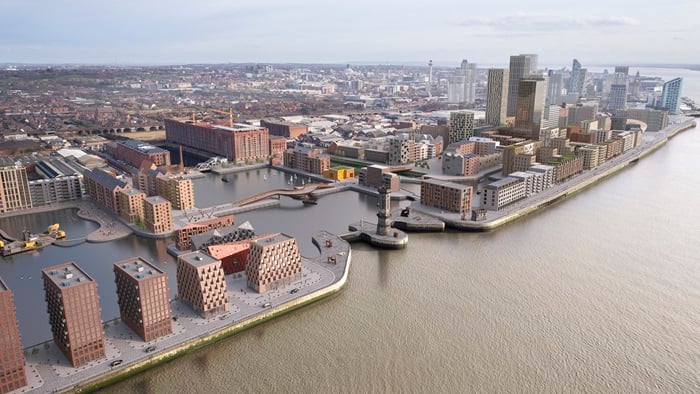 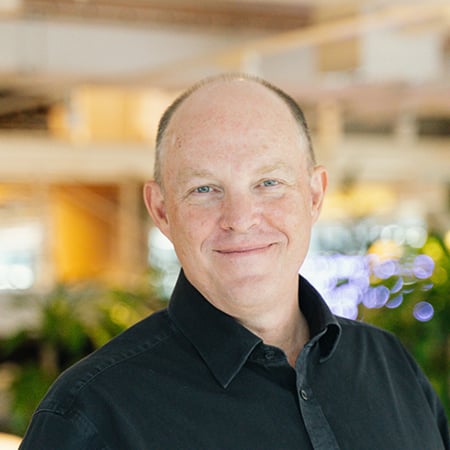