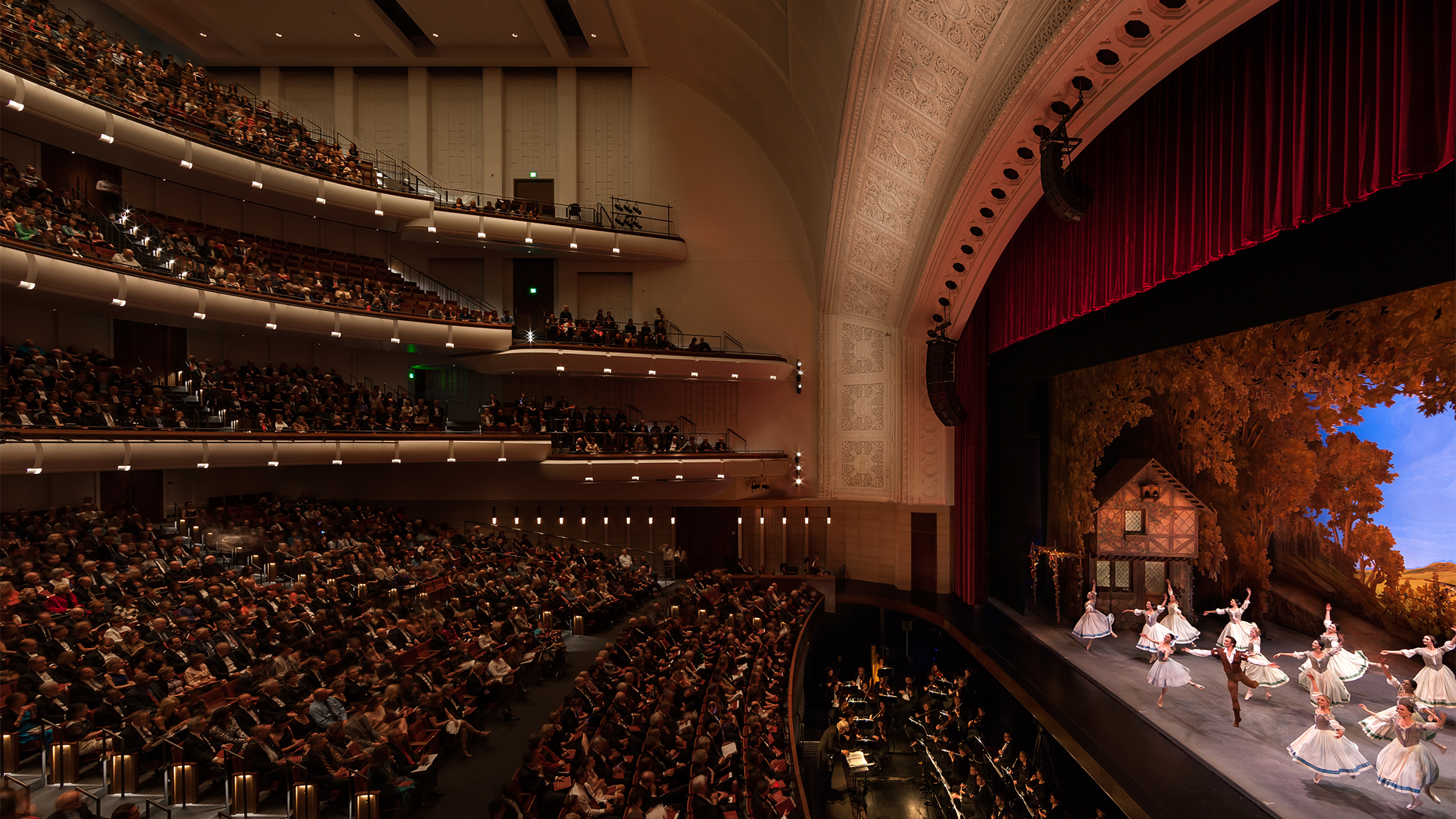 Named the most recognisable building in Minnesota.

Built in 1928, the Northrop Memorial Auditorium was conceived as the focal point of the University of Minnesota's main campus. Open to the public in April 2014, Arup’s theatre, acoustics and AV teams, working with HGA architects and contractor JE Dunn have re-imagined the former 4,800 single balcony space as a more intimate and acoustically superior 2,700 seat, three balcony venue and an electro-acoustically equipped 170 seat lecture and recital hall. Academic seminar rooms, study space and offices fill out the liberated space inside the historic (heritage) façade. Performances scheduled for the first month include Giselle by the American Ballet Theatre, a radio broadcast by NPR’s Prairie Home Companion, and sold out performances by the Musicians of the Minnesota Orchestra.

Using the SoundLab, the design team and the client listened to the acoustics of the new auditorium throughout the design process and evaluated alternate room design options in real time, listening from a variety of seat locations in comparison to benchmark venues. Recordings of the pipe organ were also made, which will provide the basis of understanding for re-use of the organ in the dramatically altered auditorium.

Arup also conceived the design for the new, small 170-seat performance venue and upgraded performance systems infrastructure which will inter-connect streaming audio and video with the campus IT network. Arup’s lighting team developed design concepts for the new larger public spaces as well as the two performance spaces.

Throughout the US, cultural institutions are transforming themselves out of necessity. Many drama, music, and dance companies are seeking creative means to adapt their mission to a new generation of audiences, and are increasingly turning to technology and new media to enliven their approach and increase their outreach. However, most performing arts buildings were conceived at a time when dynamic and interactive modes of performance were not yet in the popular lexicon, and are now woefully inadequate for supporting this next wave of creativity. The University of Minnesota recognised this phenomenon, and developed a vision to reinvent and reinvigorate the historic Northrop Memorial Auditorium, which is the central landmark of the campus and was once the hub of culture in the city, housing everything from the Minneapolis Symphony and Opera to speaking engagements with dignitaries and historic figures such as Rev. Martin Luther King Jr.

Arup’s integrated venue consulting team of theatre and acoustic consultants, technology planners, and lighting designers worked in close collaboration with HGA Architects and Engineers of Minneapolis and the University leadership to develop this new performance space. Starting with primary drivers such as acoustics, sightlines and audience intimacy, Arup and HGA conceived a new three balcony arrangement where over 80% of the seats would be within 100ft. of the stage, and critical dimensions of the room would support the natural acoustics of large ensemble performances. All new theatre systems technology were integrated to the existing stagehouse and new audience chamber, including a flexible infrastructure which acts as a platform for performances using new technologies such as immersive audio and video projection, real-time interaction with mobile devices and virtual programs, streaming content and archiving, and accommodations for future, unforeseen technology.

As a byproduct of reducing the room volume by 50%, significant new space for public and academic programs were realised in the building, allowing the design team to create new spaces which will become part of the Northrop experience. Locations for ad-hoc performances and artist’s installations were planned in these areas, and enough additional space was found to include a new 170-seat flexible theatre, which can operate as a lecture classroom by day and film or performance space at night. Included in this space are a performance lighting and electro-acoustic enhancement system, which will provide a platform for creative and unique performances. 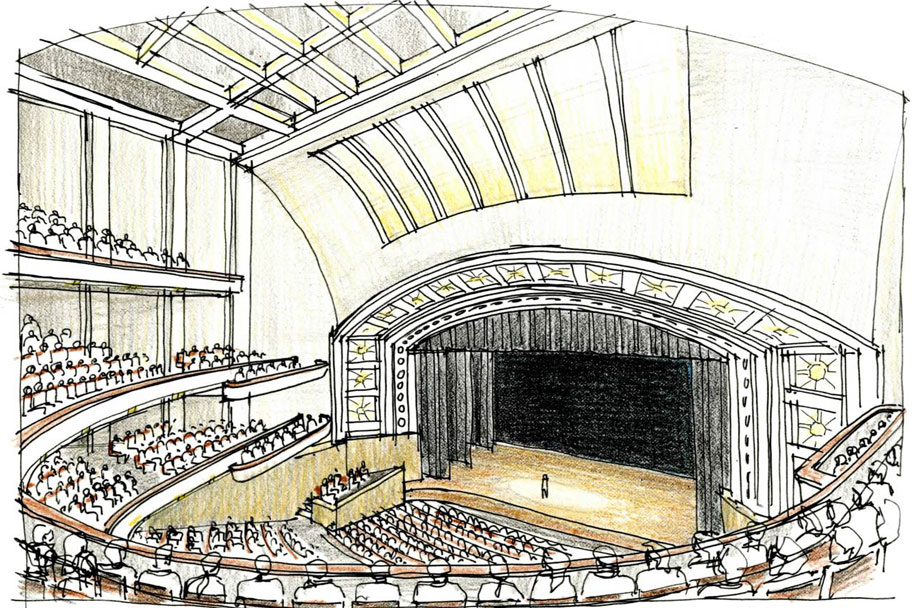 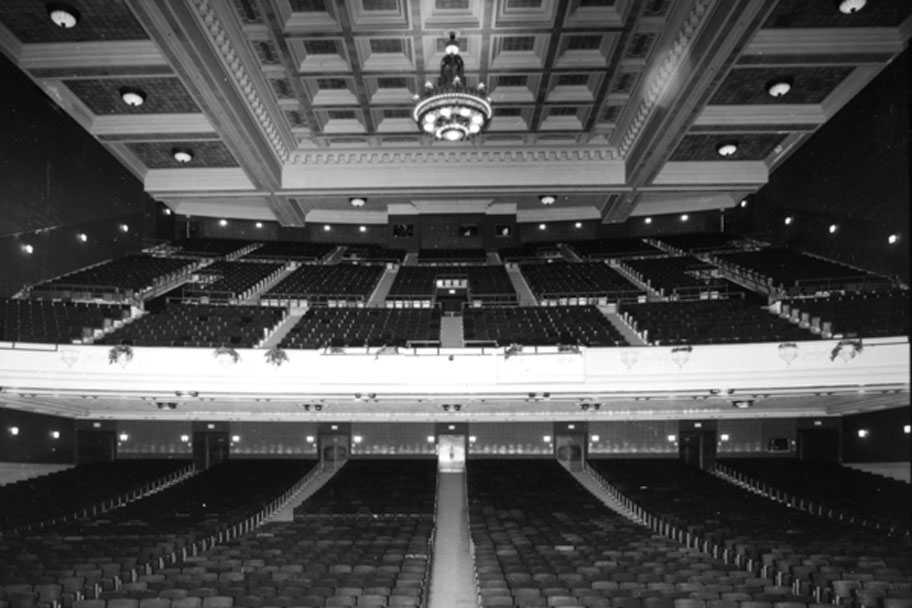 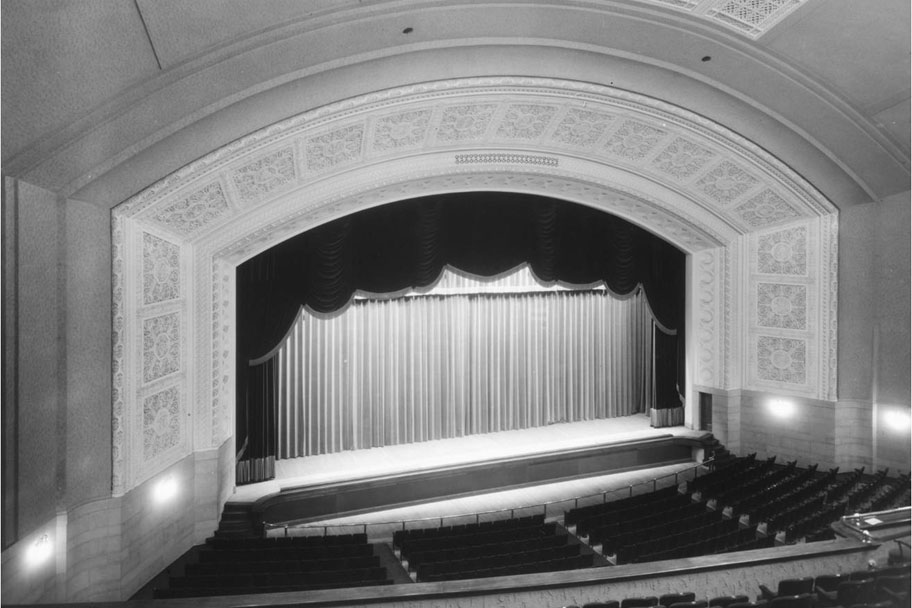 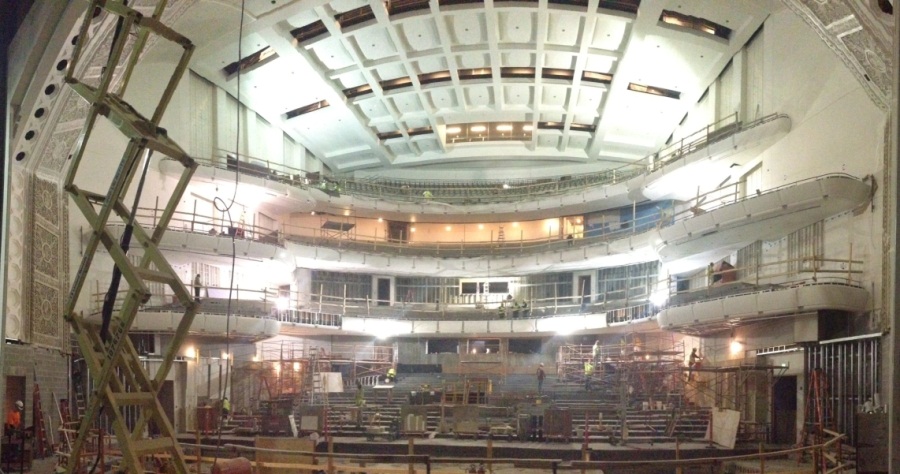 1 of 2
The main hall is being renovated into a multi-purpose venue space.

The architectural lighting approach for the Northrop Auditorium created a hierarchy of visual focus as one moves from space to space. Emphasis is placed on accenting historic features, such as graze lighting on the original textured medallions preserved from the proscenium arch in the auditorium and placed on display in the lobby. The medallions have been reproduced and installed on the new proscenium arch within the auditorium, and accented with theatrical framing projectors hidden from view of most auditorium seats.

Within the auditorium, a lighting feature paying homage to the historical context of the building is subtly applied at the illuminated niche in the balcony fronts. A dichroic piece of glass hangs below each house light in these locations, reflecting a warm glow on the curved surface. This is reminiscent of a candle which once was used for circulation lighting in auditorium spaces. LED and Metal Halide sources have been used as much as possible to reduce the energy load while still supporting the historic nature of the building. 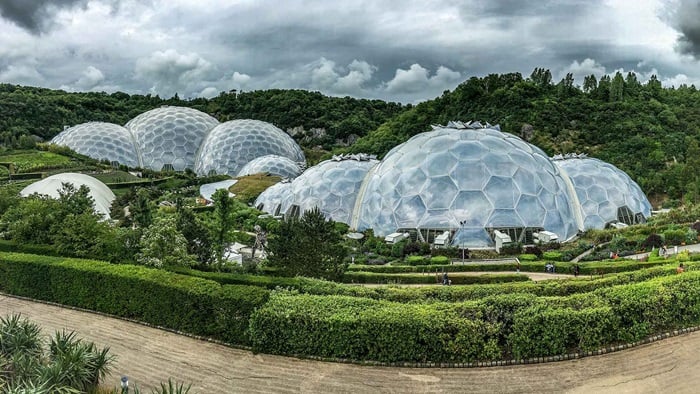 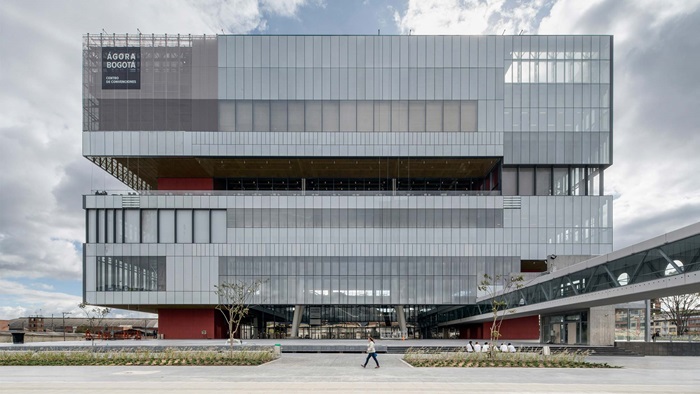