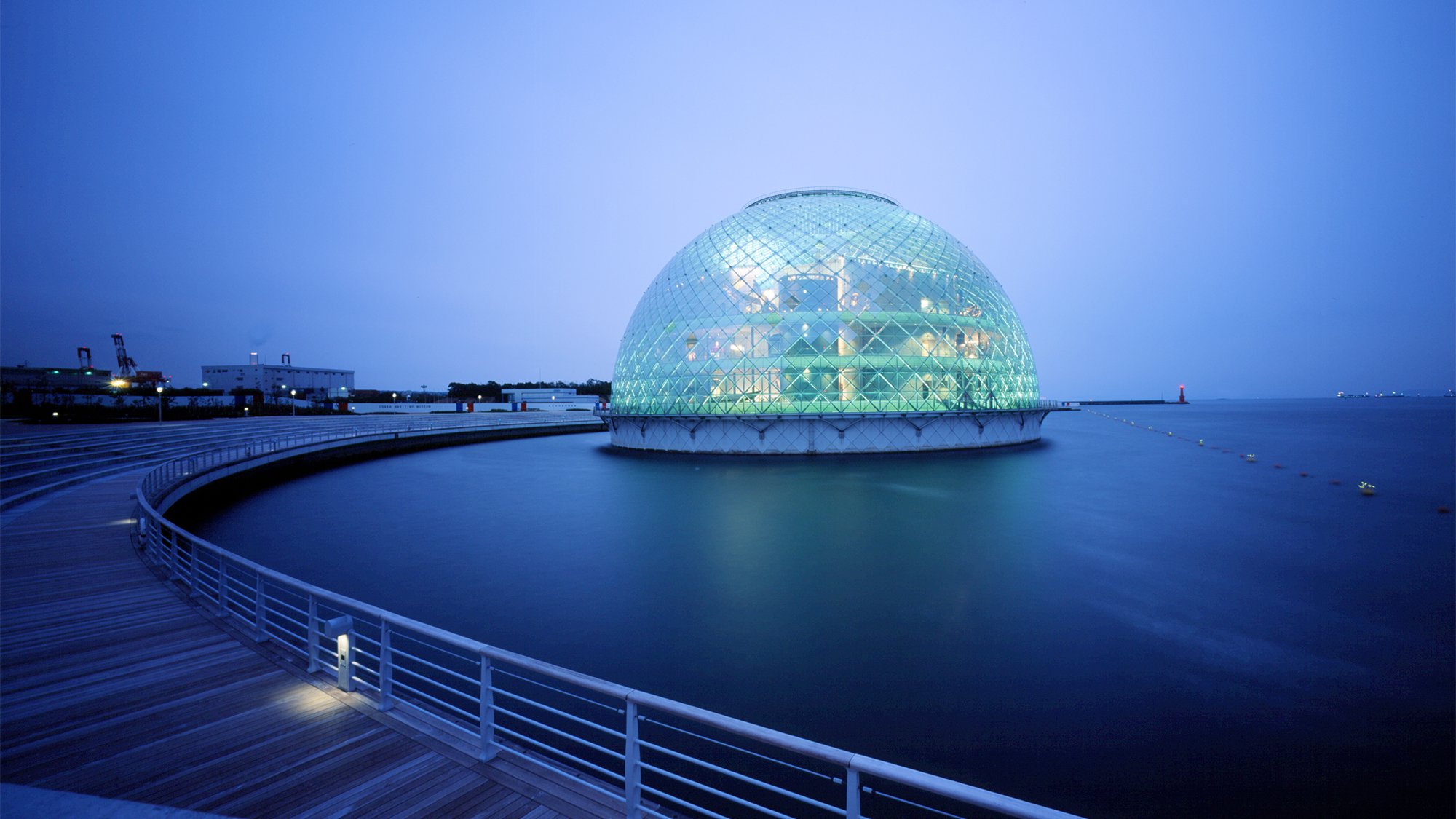 A landmark to stimulate interest and development in this area of Osaka.

The Osaka Maritime Museum was constructed on largely unused reclaimed land. The project provides a landmark building to stimulate interest and development in this area of Osaka.

The museum consists of an onshore entrance building, a submerged tunnel and a dramatic offshore dome. The dome is a 70m diameter single-layer lattice shell enclosing four floors of exhibition space.

The dome structure is a diagrid of straight tubular members butt-welded to full strength cast steel nodes and braced by high strength rods. The geometry was chosen so that the tubular members form flat quadrilateral planes. This enables the glazing system to use flat glass and repetitive details.

The dome was designed for heavy seismic loads and wave loads in addition to dead and wind loads.

The building services were designed to provide comfortable conditions in the sunny marine environment while preserving the transparency and dramatic nature of the dome.

Innovative ‘lamimetal’ glazing provides shade. The laminated glass incorporates a sheet of perforated metal in the interlayer, the size of the perforations controlling the passage of sunlight. The surface of the dome was analysed in relation to the sun path throughout the year. When solar energy is at a maximum, the lamimetal is almost opaque. When solar energy is reduced, the glass becomes clear. The overall density of the lamimetal was chosen to give the best balance between visibility and comfort.

Sensitive exhibits require temperature and humidity to be finely controlled. As it would be inefficient to provide such conditions everywhere within the dome, controlled environments are provided in special zones within the core of the internal building.

Arup’s structural design of the dome was recognised in 2001 with a Structural Special Award from the UK Institution of Structural Engineers.

The short, 25-month construction programme meant that erecting the dome after completion of the internal structure (or vice versa) would not be possible. The decision was made to fabricate the complete dome offsite. As well as allowing fabrication to proceed in parallel with site work, fabrication could be up to factory standards of safety and accuracy, making extensive use of jigs, and the structure could be painted and glazed prior to installation.

A 4100 tonne-capacity floating crane was used to lift the dome at the KHI Harima works. Complete with most of its glazing panels, temporary lifting ring and stabilising trusses, the dome weighed 1200 tonnes. It was placed on a barge and towed the 33km 80km across Osaka Bay to the site. There, the giant crane again lifted it and installed it over the completed internal structure. 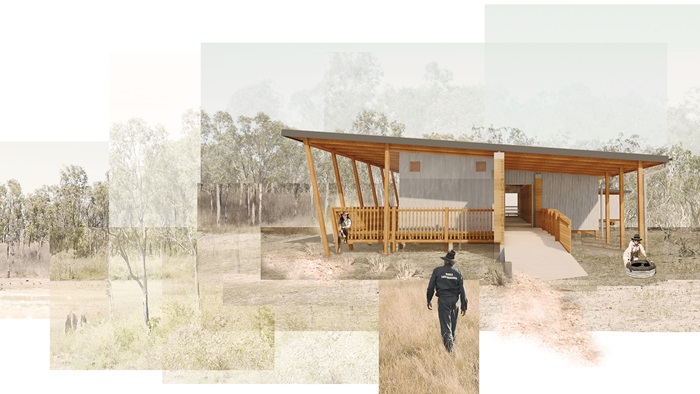 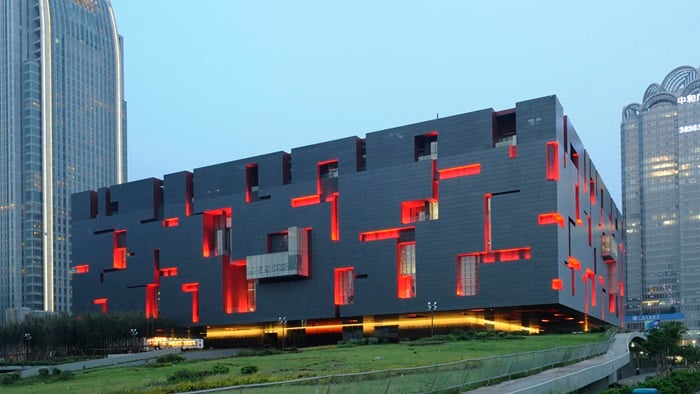 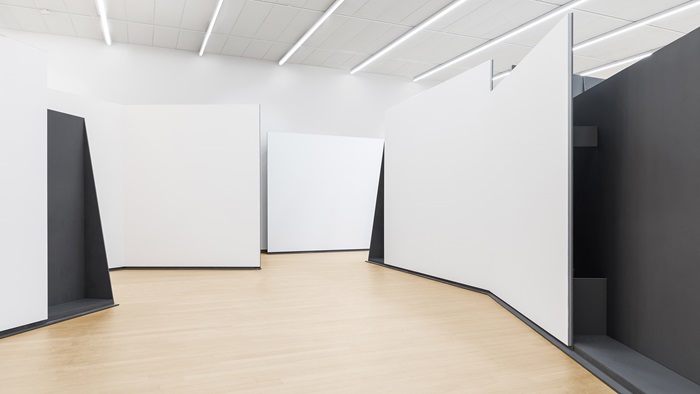