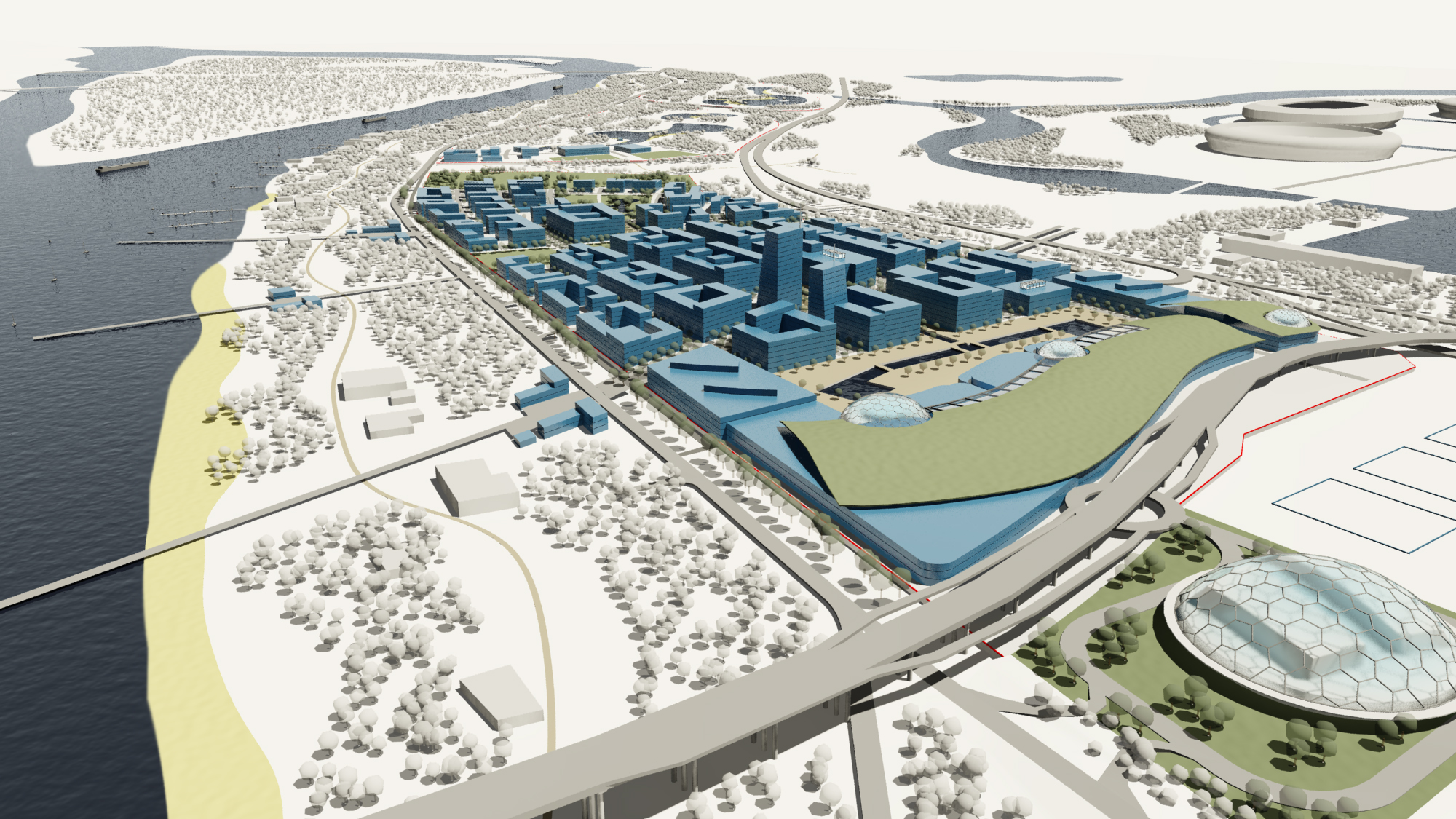 Arup’s masterplan for a new sustainable district in Rostov-on-Don promises to strengthen the city’s status as the gateway to southern Russia. Rostov City will house up to 7,500 new residents and create 9,000 jobs.

The integrated masterplan for the new mixed-use city district incorporates residential, business, retail and leisure facilities, as well as open space and community facilities. By living close to their place of work, inhabitants can reduce the need to travel.

Although close to the city centre, the site is on a difficult location on the opposite side of the river. Because it is prone to flooding, it had not previously been developed. Arup’s technical expertise proved that the site could be developed and persuaded the city authority to alter land use regulations.

The design of Rostov City will lower demands on resource consumption through efficient water management and energy systems and dedicated public transport networks. The client has recognised that sustainable design has commercial advantages, enabling them to attract potential international occupiers by providing high environmental performance standards and a secure 24-hour energy supply.

The new city district will improve social integration by providing a high proportion of affordable housing, a wide range of employment opportunities and a range of social support facilities.

Rostov City will be at the forefront of efforts to diversify and strengthen the economy of Rostov-on-Don.

Rostov City has been designed to be an extension of the existing city centre on the opposite side of the River Don. New bridge connections will facilitate the development and allow Rostov to grow south of the river.

Rostov City's mixed-use nature enables people to live near their place of work with easy access to all facilities, so reducing the need to travel. When they do need to get around, residents and visitors will be able to choose from a range of transport options, including light rapid transit systems, gondola, boat, cycling and walking.

The River Don and its associated recreational areas dominate the local environment – a new beachfront boulevard will be a key attraction for visitors and residents.

A site-wide sustainable urban drainage system will use lakes and canals created by excavations to manage surface and storm water, alleviating existing ground water problems. A green roof system, believed to be one of the largest in the world, will also help to reduce surface water runoff.

Rostov City homes will be heated by de-centralised Combined Heat and Power (CHP), which will also provide power for the retail centre and the business district. The masterplan’s energy strategy ensures short-term, efficient and secure energy supply and is designed to allow conversion to renewable technologies as they become commercially viable.

Rostov City is a landmark development in southern Russia and demonstrates that the Russian market is now promoting the highest standards of development.