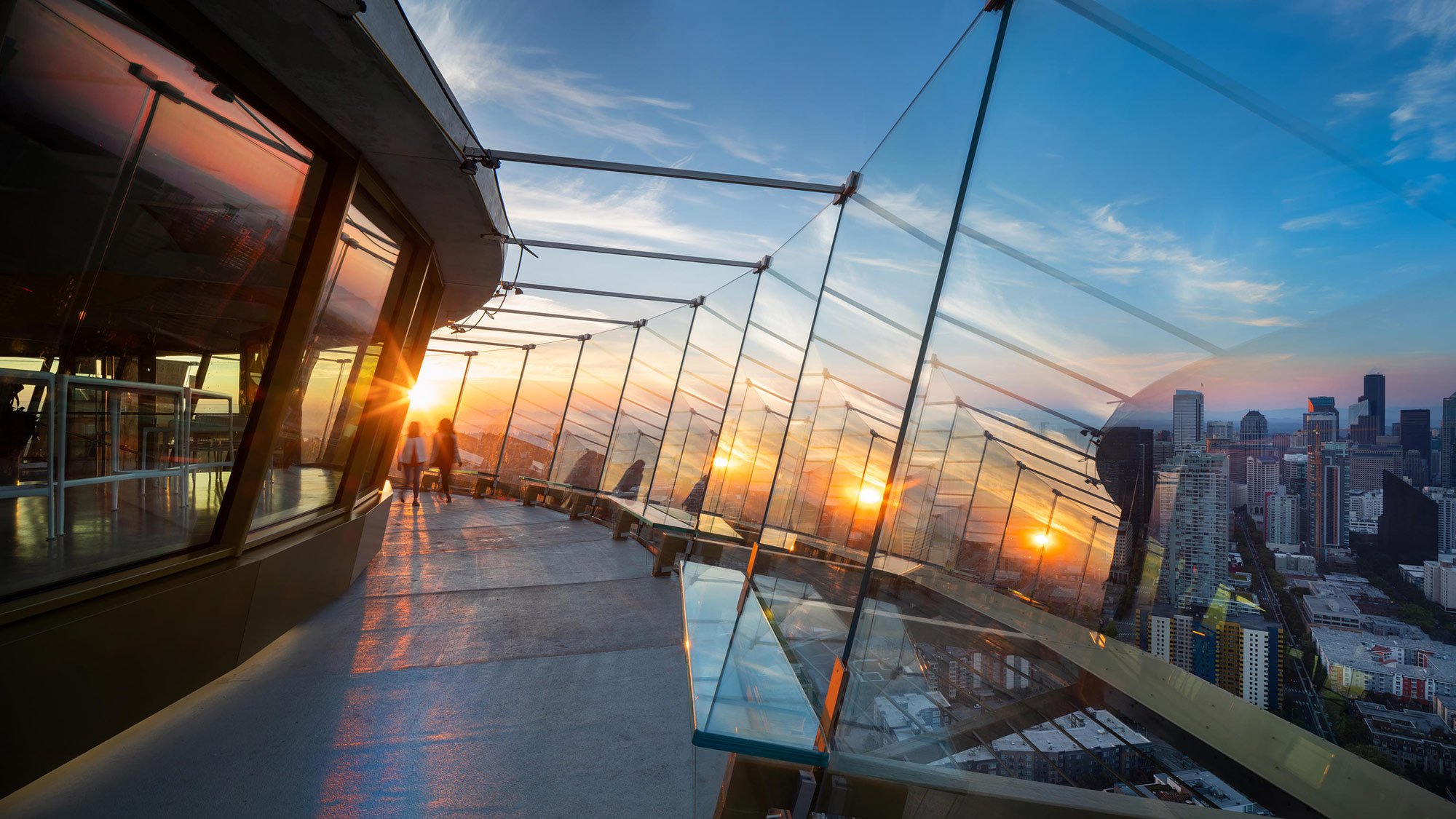 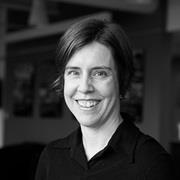 Built in 1962 for the World’s Fair, the Space Needle has become the symbol of Seattle. At 50+ years old, the icon was in need of an upgrade, one that would allow the tower to thrive for another 50 years.

The Space Needle Corporation assembled a core project team featuring Olson Kundig, Hoffman Construction, Seneca Group, Arup and more than 50 other partners. As the structural, mechanical, plumbing, and electrical designers on the project, Arup provided the behind-the-scenes engineering required to upgrade the internal systems of the Space Needle.

Five-hundred feet in the air and open to the public throughout construction, this work included several unique challenges to ultimately meet modern seismic demands, energy codes, and provide a 10% increase in usable public space.

Rotating floor with a view

In its original condition, mechanical ducts, pipes, and equipment were housed underneath the rotating floor, blowing warm and cool air from the window sills to condition the space. Replacing the existing floor and soffit with glass meant removing all services equipment from the underfloor space to realise unobstructed views. The mechanical system was redesigned to condition the space from the ceiling rather than the floor. Remaining underfloor services, like the electrical power for the rotating floor and an air filtration system to minimise the need for manual cleaning, are carefully arranged to blend in seamlessly. Arup’s structural analysis of the complex historic structure enabled several alterations that were needed to support the weight of the glazing while maintaining the architectural vision.

Everything had to be very thoughtfully designed so that it can all fit in the small space that we have together. You can't design in silos. Everybody has to be involved because every move you make impacts somebody else or the aesthetics. In the end, we have a beautiful final product that is representative of lots of time and coordination by the design team. ”

A new curved stairway made of steel, wood, and glass extends the guest experience. More than a feature design element, the stair improves circulation and better connects the publicly accessible levels. The stair itself is a cantilevered ellipse with the supporting structure concealed by architectural finishes, making it appear to float above the skyline as a thin ribbon of steel. The connection of the stair to the surrounding structure was carefully considered to allow the floors of the building to move around it as the building sways in the wind. In executing the vision of the open stair, large sections of stabilizing floor were cut away. Arup enabled these new openings by collaborating with contractors to create a construction sequence that maintained stability throughout construction.

The extended glass surfaces on the walls and floors creates a uniquely challenging thermal environment. Using computational fluid dynamics calculations, Arup analysed several options for conditioning the space, including a radiant ceiling and radiant heat within the glass floor. The final solution for the 500ft level was to bring conditioned air to the space through the ceiling, varying air flow, location of supply, and temperature, depending on the inside and outside temperatures.

Looking ahead to the next 50 years of the Space Needle’s reign in Seattle, Arup’s structural team provided seismic upgrades to the top house — the five-story structure beginning at the 500ft level that houses the observation level and other publicly accessible areas of the tower — bringing the structure up to modern code, and elevating the building’s seismic resilience. Arup’s advanced analysis of the existing structure identified the critical components and connections to upgrade. The structural seismic upgrades included overall strengthening of lateral connections, replacing existing concrete shear walls with slimmer steel plate shear walls that allow for increased access between rooms, and adding bracing above public levels. 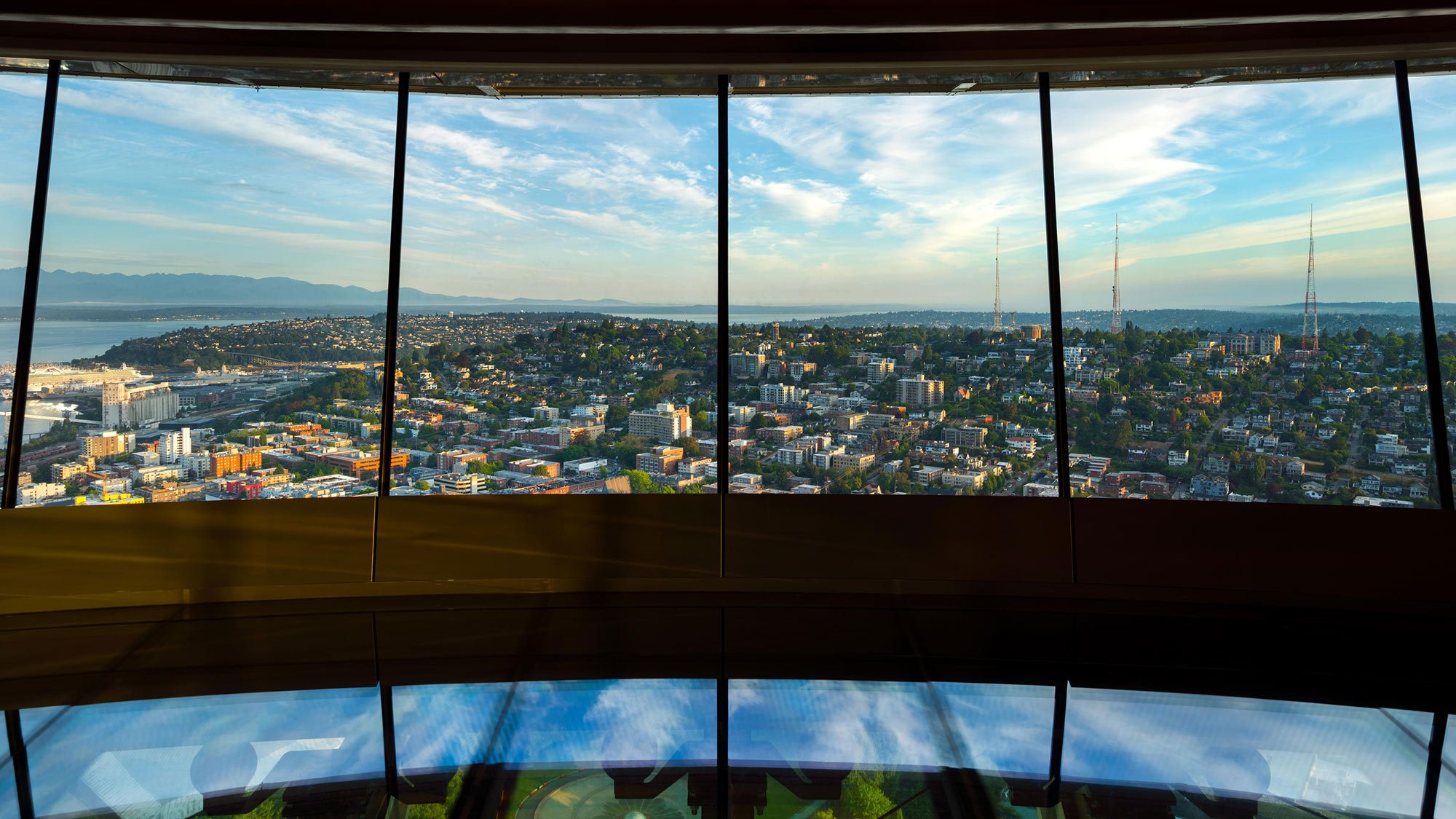 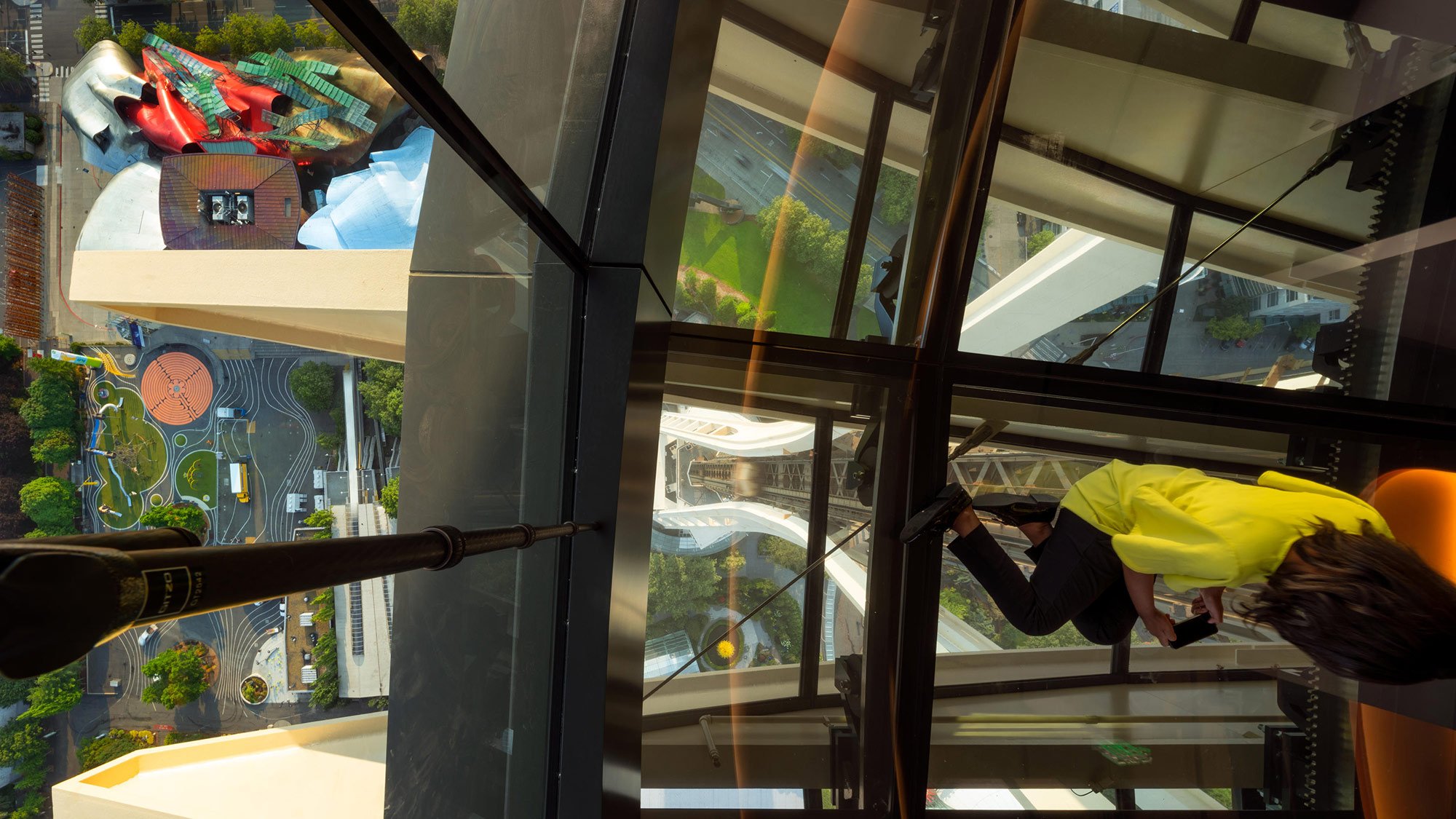 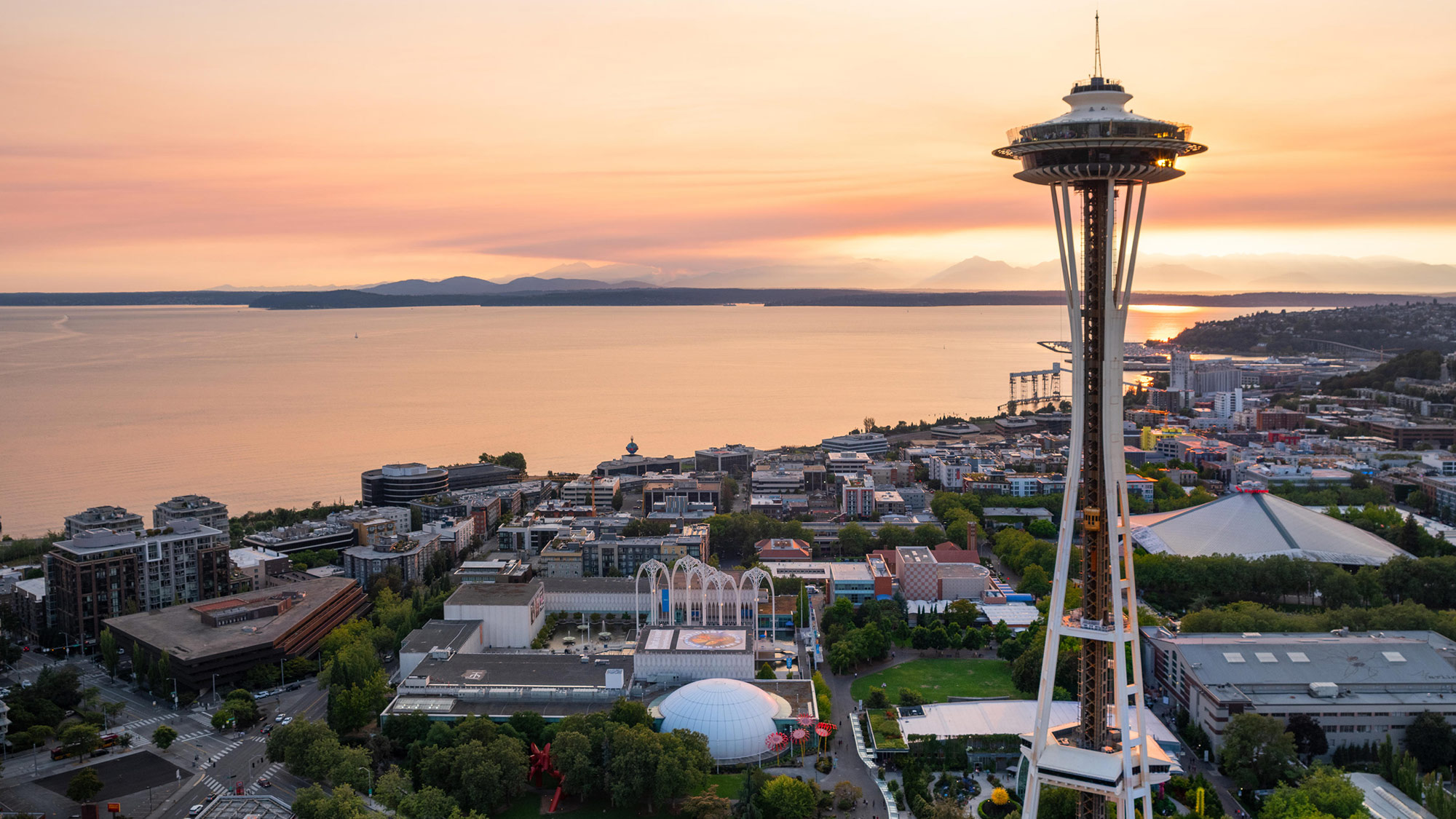 1 of 2
Views of Seattle extend from floor to ceiling

Retrofit in place at 500ft

One of the main challenges for the design and construction team was executing the renovation and structural retrofits 500ft in the air, all while keeping much of the observation deck open to the public.

Arup also assisted in engineering repairs to some damaged structure while it was accessible from the temporary scaffolding. While retrofitting the trusses, the construction team noticed that many of the existing tubes showed signs of corrosion. Arup conducted a full survey of all trusses, some of which had ruptured due to water intrusion, and worked closely with the architect and construction team to design a temporary support structure and a retrofit to improve drainage and longevity. 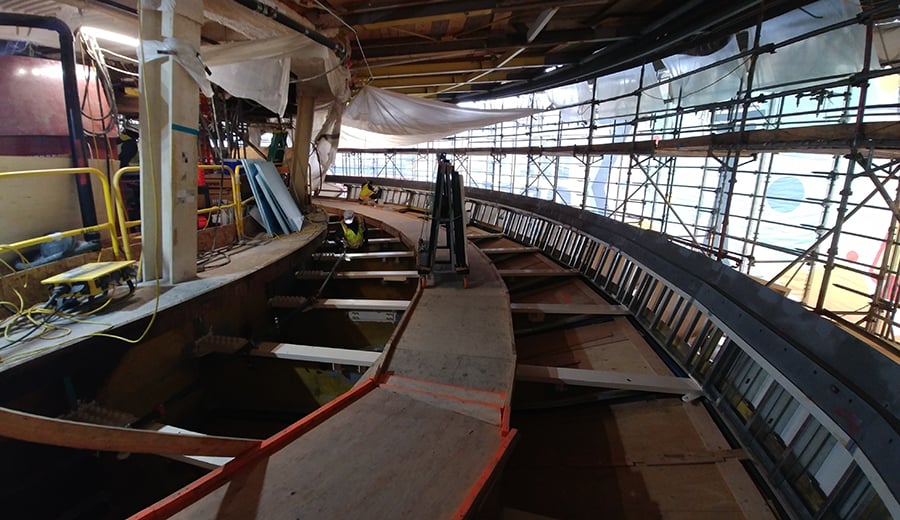 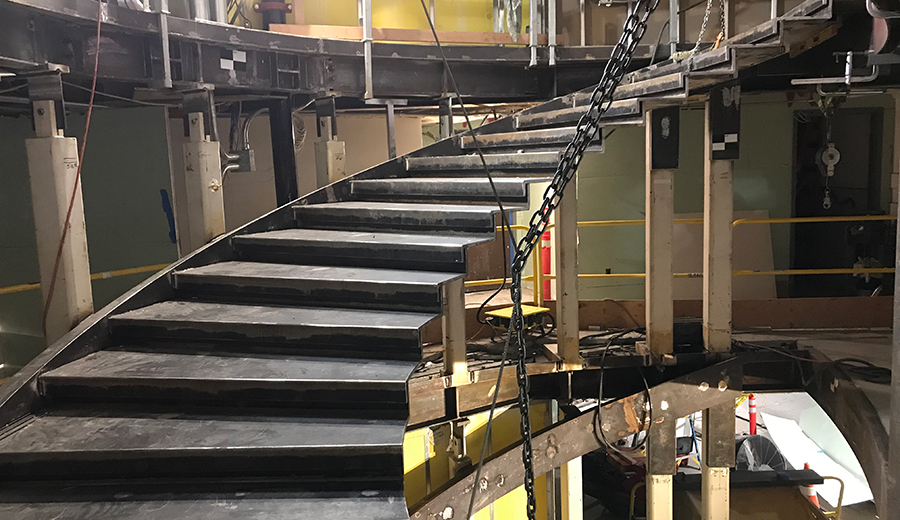 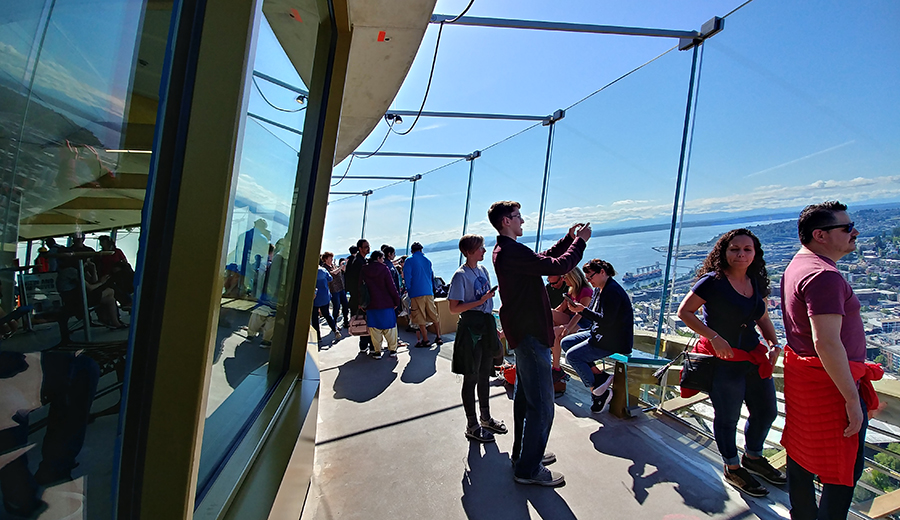 1 of 2
500ft level under construction 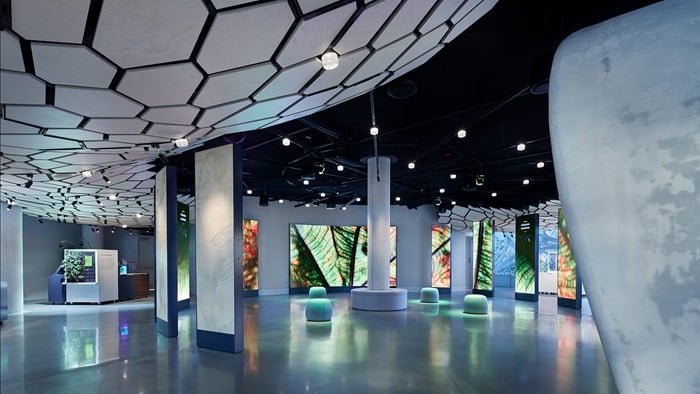 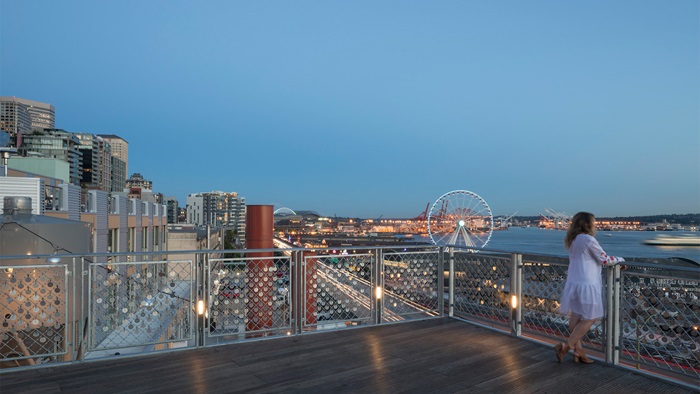 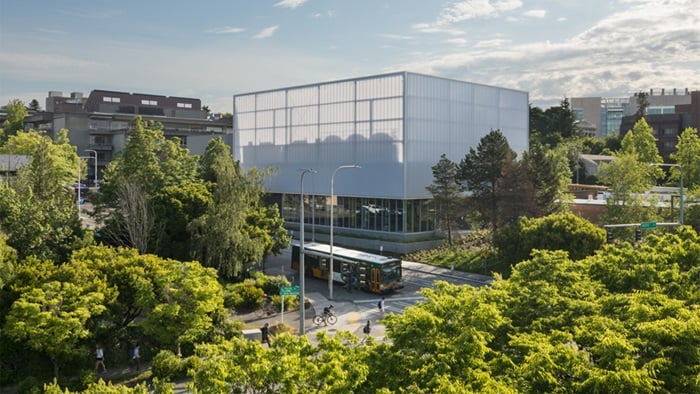